Everyone knows what blue cheese is, but do you know how to crumble blue cheese?

Blue cheese is sold at the grocery store and specialty cheese shops. You see it everywhere. You’re probably also wondering, what could a block of blue cheese be used for?

Well, I’m here to answer your question. It’s used in many things, such as toppings, snacks, etc. (more on that below). Having said that, today, I’m going to share with you one recipe that you can use to give the blue cheese a little flavor.

How to Make Blue Cheese Crumbles?

Now, let’s learn how to make this! To start off, you’re going to get the following ingredients out: 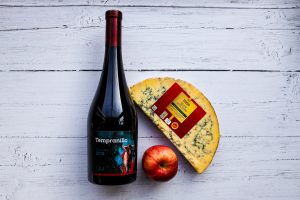 Now that the ingredients are set out, here are the directions to follow:

There are a few things I want to make a note of with this recipe:

If you decide to shred the cheese yourself using a grater, it’s important to note that you should use one with larger holes. This is so you can cut the cheese into pieces that are half the size of a corn kernel.

There are lots of ways you will be able to use the crumbled blue cheese. One common way is to use it as a topping for things like hot chicken wings or meatballs.

You can use it as one of the many cheeses that go into the various mac and cheese recipes. You can also use it for something like grilled cheese sandwiches.

It could also be great for gatherings or as a snack in general. Just follow the recipe, and instead of grating the cheese into smaller pieces, you would cut the block of cheese into cubes. Like mentioned above, you could also use it as a topping for any of the foods you’re serving at your gatherings.

Now that you know How to Crumble Blue Cheese, I encourage you to experiment with it. Put it on various things, or even try it as a snack! 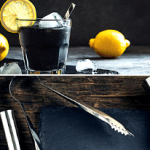