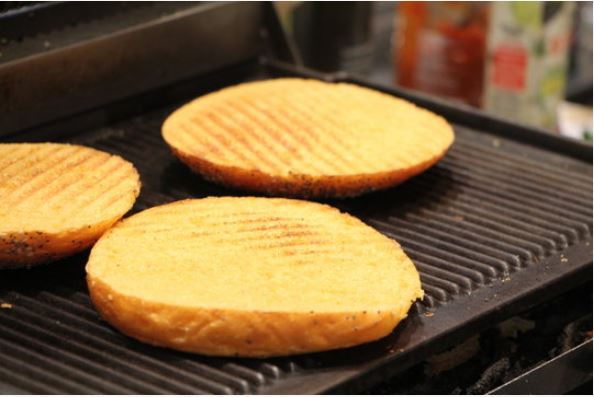 Slightly crispy on the outside, soft and fluffy on the inside, still warm from the oven—just smear it with butter and…yum.

Freshly-baked biscuits may be the ultimate comfort food, but the cold two-day-old-leftover version just doesn’t stimulate the senses quite the same. So how can you reheat your biscuits to achieve that heavenly just-baked taste?

As September was National Biscuit Month, we’ve been heavily involved in biscuits, and have quite a few tips to share. But first, let’s just set the record straight on which kind of biscuit we’re discussing.

In the United States and Canada (most of it at least), a biscuit is a soft-baked good with a flaky interior and browned crust. Biscuits are considered a quick bread, meaning they are created without yeast—eliminating the waiting time that yeast doughs require.

Biscuits can be eaten with savory or sweet fillings, or as in Southern cuisine—where buttermilk biscuits are the local fare—smeared with gravy and eaten at breakfast, served with eggs, hash browns, sausage, and the like. Or enjoyed at a family dinner complete with fried chicken, corn fritters, black-eyed peas, and candied yams.

In the U.S., biscuits are regularly served in many fast-food chains and restaurants, especially in the South.

You may be shaking your head in disbelief. Biscuits smeared in gravy? The horror!

If you’re experiencing such food anxiety, you probably hail from England or elsewhere in the Commonwealth.

The American biscuit strongly differs from what my English friends eat— which is plainly what we Americans call a cookie, although it could also be referring to its savory (or should we say savoury) cousin, the cracker.

The American biscuit more closely resembles the British scone, which differs (of course, since nothing can be simple with cross-cultural food references) from the American scone.

The British biscuit is generally a crunchy cookie, which may be dunked in your early morning tea. Not to be confused with the more elaborate finger sandwiches and scones served at a proper English tea (although I must admit that I do get confused by the different menus for morning tea, afternoon tea, or high tea).

For softer cookies, think chocolate chip orsnickerdoodle, Brits and Americans are in culinary agreement on the term cookie on both sides of the Atlantic it is.

In the Days of Yore

The etymology of the word biscuit is actually in line with the British definition. The word biscuit is derived from Latin where bis which mean twice and coctus translates as baked. Biscuits were originally double-baked to make them harder, and thereby more durable.

Back in the days of old, sailors—or anyone going on a long journey overland (horses can only go so fast)—needed to take along provisions that would last for many months. The concern was not only spoilage; food for travel needed to be able to endure temperature and climate change as well as the rough handling that can occur during travel.

Biscuits like hardtack (which were baked four times!) were so hard they could last for months or even years. Considering it was hard as a rock (harder), to eat hardtack, it needed first to be softened—generally accomplished by dunking in a cup of morning coffee.

Perfect as rations for soldiers during the Civil War, troops would often break the hardtack into pieces—an uneasy feat, accomplished by using a rifle butt—and mix it with water to create a batter of sorts which was then fried into lumpy pancakes.

Properly Storing Your Biscuits to Keep them Fresh and Perfectly Delicious 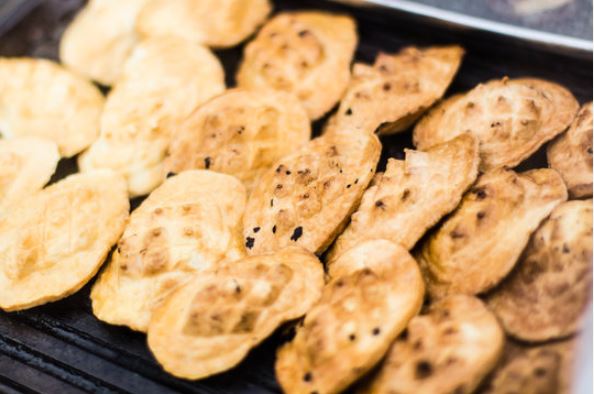 Crunchy (or super-duper hard) biscuits do serve their purpose, but let’s get back to the soft, flaky American genre.

So you’ve made yourself some biscuits and enjoyed them straight out of the oven smeared with butter and that delicious homemade jam—a creation deemed necessary after an overeager strawberry picking expedition. Or you went out for a big family breakfast and took home the extras.

And now you have leftover biscuits (I can think of worse problems to have). Before discussing how to heat up your leftovers, let’s be sure you know how to store them.

Check this Article: How to Thicken Alfredo Sauce

Cupboard Storage
Place leftover biscuits in an airtight container or zipper sealed bag, carefully squeezing out excess air before sealing tightly. Room-temperature biscuits can last for 1-2 days, possibly 3, if they were very fresh, to begin with, and they’re stored in a dry and cool kitchen.

Refrigerator Storage
Refrigerated biscuits will generally stay good for up to a week. Be sure they are tightly wrapped—a zipper storage bag is ideal—and that they’re in a place where they won’t get squished by anything else. A good idea is to place the whole storage bag in a tightly sealed container, ensuring no air (or smells of other food in the fridge) gets trapped in and nothing can flatten your fresh delicacies.

Freezer Storage
With proper storage and freezing conditions, biscuits will stay good in the freezer for at least 2-3 months, depending on freshness level at the time of freezing.

Freeze your biscuits in a sturdy airtight container with parchment paper between layers. Ensure there is not too much empty space—read, extra air—in the container to maximize freshness.

A second option is to place leftover biscuits in a zipper storage bag, then carefully place the bag into an airtight container.

Not only will this ensure that no air gets trapped in, but it will keep your vulnerable biscuits safe from the perils of someone franticly searching for that leftover piece of red velvet birthday cake that-they-know-is-hidden-somewhere-in-the-freezer, wreaking havoc upon anything not safely guarded.

If you’re baking your own biscuits, and won’t need a large amount at once, a good option is freezing the formed raw biscuits to be baked as needed at a later date.

The best method for this is tray freezing: Once you’ve cut out your biscuit dough circles, put them on a parchment-lined tray and place flat in the freezer for about 2 hours until completely frozen.

Once they’re frozen solid, very gently remove the biscuits from the tray and stack in a large airtight container. Be sure to place parchment paper between layers, or individually wrap each one in plastic wrap or aluminum foil to avoid them sticking together, enabling you to defrost only a few at a time.

All this talk about biscuits is certainly making you hungry. So how do you go about reheating those leftover biscuits?

How to Reheat Biscuits 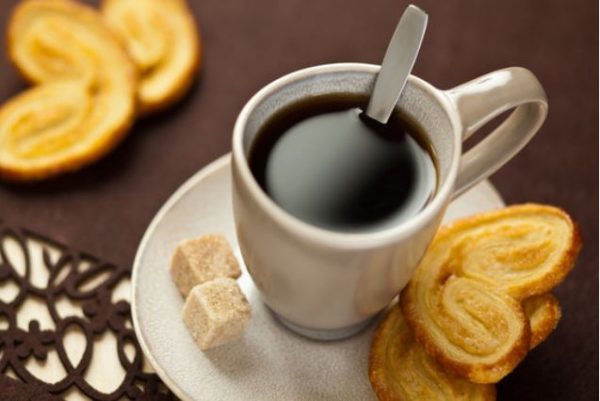 Reheating Biscuits in the Oven

Oven warming is generally the best way to reheat any baked goods. Although it usually takes longer than other methods, it will ensure the best straight-from-the-oven replay.

Reheating Biscuits in the Microwave

Due to the uneven heating of a microwave, when reheating biscuits in the microwave it’s best to warm up only one biscuit at a time.

For biscuits stored in the cupboard or fridge:

Reheating Biscuits on the Stove

Reheating leftovers that someone else made? You may have enjoyed it that much that you’re considering trying your hand at baking. Definitely go for it!

Whether you’re using a recipe from great Aunt Charlotte from Jacksonville, or the one your son’s playdate’s mom was raving about, here’s a few important tips to get you started:

Make sure your butter is really cold when you start – like really, really cold. The reason for this is that part of the buttery flaky goodness of biscuits is that you actually leave little specks of butter in the dough when you bake them.

The butter encourages puffing, creating those scrumptious layers which make biscuits so irresistible.  (That together with the unique fold and flatten method used to knead the dough).

If your butter isn’t nice and solid when you start, it’ll easily melt into the dough, detracting from the flakiness of the biscuit.

A good trick is to cube the necessary amount of butter and place it in the freezer for 15 minutes before mixing it with the rest of your ingredients. 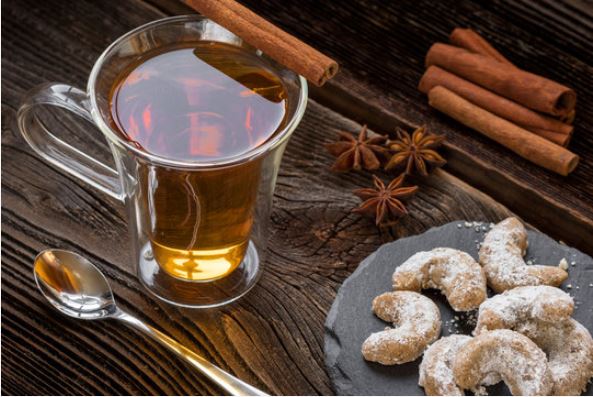 On the same note, biscuit dough should not be thoroughly mixed or kneaded like typical bread dough.

As you mix or knead the dough you activate the gluten more and more, and in light fluffy quick bread like biscuits, that will work against you causing a denser bread (I promise you’ll still eat it, it just won’t have that same soft fluffy texture).

And as mentioned above, we want bits of butter left in between layers—overhandling will certainly cause it all to melt in, so keep your mixing as light as possible.

A general baking tip, the fewer ingredients in a recipe, the more important it is that they are high quality. So if you’re making a 3-ingredient chocolate mousse for your parent’s surprise 50th anniversary party, you’re going to want to really invest in that chocolate.

Biscuits are primarily made of flour, butter or shortening, baking powder/soda, and salt. So, yup, don’t bother with that generic brand of flour you’ve never tried before on this one.

Crowding Has its Advantages

Contrary to other baking, you want to place the biscuits close together in the pan. They sort of lean on each other, encouraging each other to grow (this is starting to sound like a Hallmark card) nice and tall. Nice and tall equals super fluffy, and that’s a good thing.

Biscuits with butter, biscuits with gravy. Biscuits with jam, biscuits with a fried egg. Honey or maple syrup? That works too. Whatever you fancy just make sure you know how to (bake) store and reheat the leftovers so you can relive that first sensual bite all over again.

Read Other Related Article: Tips on How to Reheat Corn on the Cob 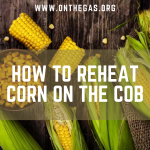 Tips on How to Reheat Corn on the Cob 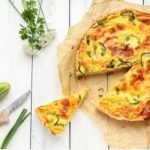 How to Reheat Leftover Quiche – A Guide to Store, Freeze, and Reheat