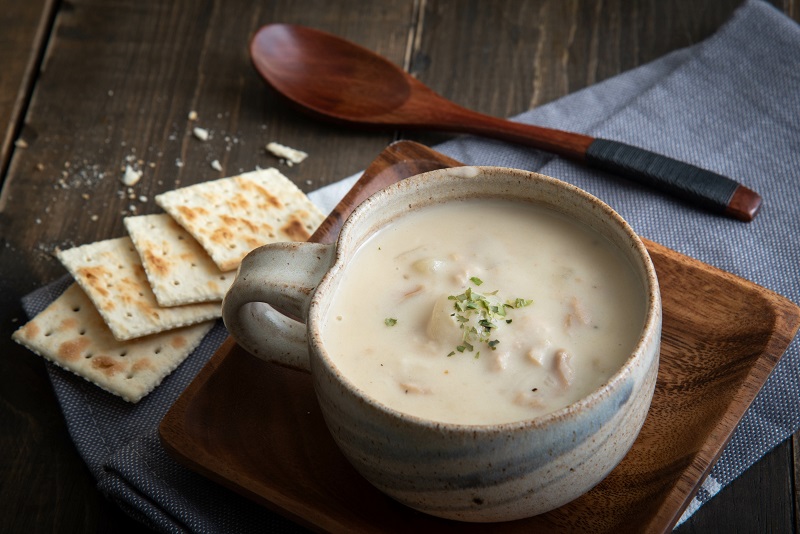 The weather is changing, and those chilly nights are getting colder and colder. It is time to start thinking about lovely, thick, heart-warming soups and chowders. I love a steaming bowl of clam chowder, but the consistency has to be just right, so I soon learned how to thicken clam chowder.

It has to be creamy and thick, with chunks of potato, clams, and little pieces of bacon. Basically, a winter one-bowl-wonder meal that will warm you from the depths of your belly and leave you feeling as if you have been wrapped up in a snuggly blanket of coziness.

Chowder is not to be confused with either soup or stew. It is a quite unique combination of the two, taking the best elements of both, and putting them together to come up with a dish that is thicker than soup and not as runny but is not as full of solid chunkiness as your favorite stew might be.

While most soups are stock-based, chowder is made with milk and cream, giving it that scrumptious creamy texture that coats your mouth as you savor the mingling flavors of all the different ingredients.

What Can I Add to My Chowder?

You can add a great variety of things to your chowders, such as haddock, corn, potatoes, bacon bits, lobster, crayfish, and other kinds of seafood. Each of these will add its own individual flavor to your pot. My favorite is clams because they give it a special smack that is unparalleled by any other ingredients. Later on, in this article, I will tell you how I make it and I’ll share my easy-to-make recipe with you.

How Thick Should Chowder Be? 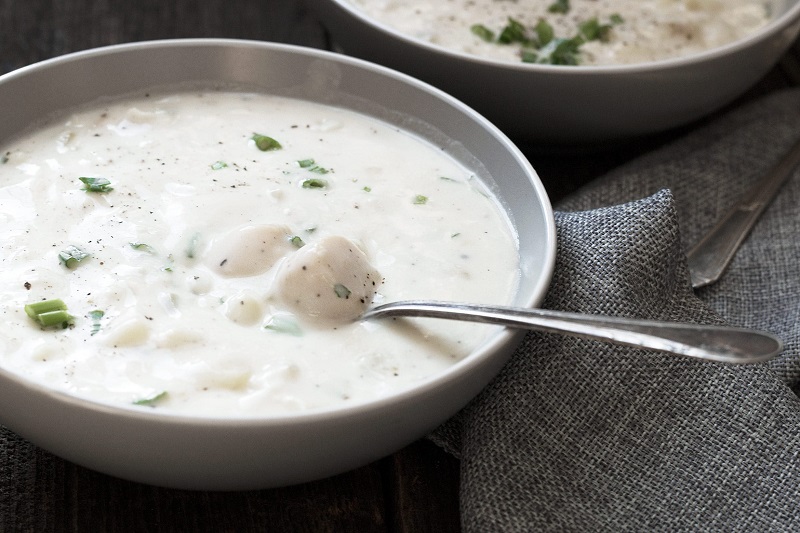 You don’t want your chowder to have a completely liquid consistency, because then it would just be soup. But you also won’t want it to be so thick that it becomes almost solid, like a stew. The trick is to find a fine balance between the two. My personal test is that if you tilt your spoon, it should slide off gently in a blob, rather than running off in a splash.

How to Thicken Clam Chowder

There are numerous methods that you can use to thicken clam chowder. I have tried all of these, and they all produced successful results.

In order to get that thick, creamy consistency, you should use heavy cream. It will give your chowder a rich, smooth texture.

If you want a really thick chowder, you can add a tablespoon of cornstarch to the cream. Stir it in well so that there are no lumps, and then pour it into the pot very gradually, stirring as you pour. The chowder will thicken as you blend in the cream and cornstarch mixture.

If you have already added the cream, but your chowder is not thick enough and you want to thicken your clam chowder, even more, you can take a little cornstarch and mix it with a tablespoon or two of cold water. Gradually pour this into your pot and you will find that this is an easy and effective way to thicken clam chowder.

If you don’t have cornstarch, you can use the above method with flour instead of cornstarch, but you may need to use a little more to get the same effect.

Another way to thicken clam chowder is to add potatoes that have been cut into chunks. The secret here is to use the right kind of potatoes. You get starchy potatoes and waxy potatoes. Avoid waxy potatoes, like the ever-popular Yukon Gold.

You will need to use a starchy potato variety, like the Russet potato. The potato contains starch, which acts as a thickening agent, so it actually works in a similar way to cornstarch, except that the starch is not as concentrated.

Let the potato chunks cook in the chowder, and as they cook the starch is gradually released, thickening the chowder as it simmers. The bonus of this is that the potatoes also bulk up your chowder, turning it into a substantial, hearty, and wholesome meal.

I have also used another unusual method to thicken clam chowder, using crackers. Choose your favorite crackers and break them up into very small pieces, or crush them with a rolling pin, and stir into your chowder and let it simmer.

This is a little-known secret that I sometimes use. If you stir in instant mashed potato powder to your chowder, it will thicken beautifully. You just have to be careful not to add too much. If you overdo it, you will land up with chowder that has the gooey consistency of thick porridge.

How Do You Make Clam Chowder?

Clam chowder is relatively easy to make. It is my go-to dish when I need something hot, filling, and tasty. Over the years I have experimented with numerous recipes, and eventually combined the best elements of all of them to come up with my own fail-safe recipe.

What I love about this recipe is that it is a one-pot dish, and you aren’t left with a kitchen full of dirty pots and pans afterward. These quantities will make approximately 8 servings.

In a large soup pot, heat a little of the butter and brown the onion. Add the bacon and garlic and stir-fry for a few minutes. Add the remaining butter, the vegetables, and the seasonings. Cook on low heat for about 10 – 15 minutes, stirring regularly.

Add the milk, clams, and clam juice. Simmer gently until the veggies are cooked through and the potatoes are soft. Stir the cornstarch into the cream until it is completely smooth, with no lumps. Gradually add the cream mixture to the pot, stirring constantly. This is the best method of how to thicken clam chowder. As you blend it in, the chowder should thicken beautifully. Simmer for another 3-4 minutes and remove from the heat.

Can You Freeze Clam Chowder? 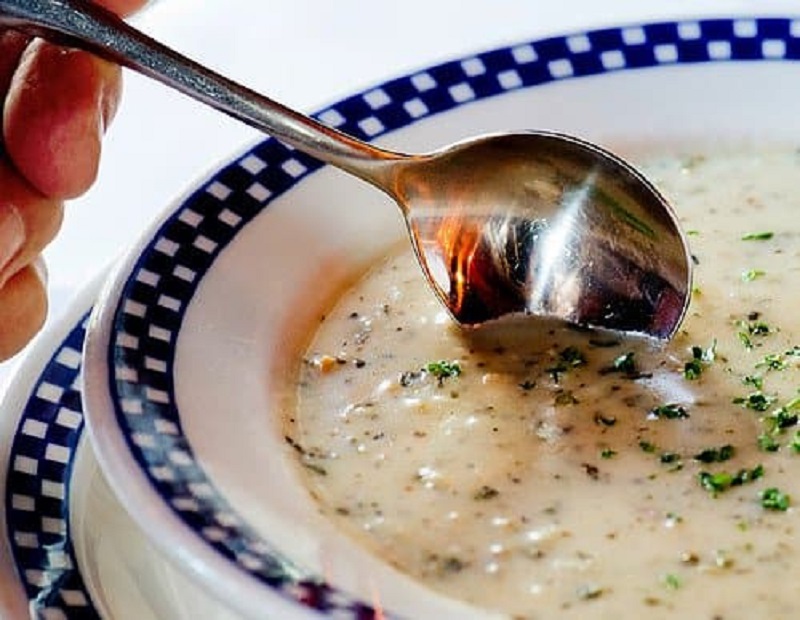 If you have leftovers, clam chowder can be frozen without losing any of its creaminess or flavor. In fact, I like to plan ahead and I often double the quantity and freeze one batch.

Freeze the clam chowder in either an airtight container or in ziplock bags. I like to use small ziplock bags, in individual serving sizes. That way I can take out only as much as I need at any time.

On a cold winter’s night, when I arrive home late and don’t have time to cook, it is super-convenient to have a pot of thick, creamy chowder ready to just be heated up. Serve with a fresh bread roll or garlic bread, and you have dinner ready in minutes.

You May Also Like: Baked Potato in Microwave on a Paper Tower
0 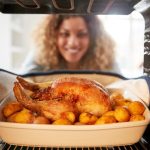 How Long Can I Leave Cooked Chicken Out – A Guide 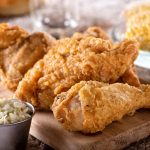 How Long Can Fried Chicken Stay Out