Before you happily scream yes, think about it for a second more. Are you sure that Crisco is the same as lard? Well, it isn’t. Crisco and lard are very different, and Crisco is not a brand product of lard. So next time you hear the question, is Crisco lard? don’t say yes.

Crisco is shortening that’s probably known everywhere today for its effectiveness and for being generally better than the traditional ingredient for baking.

Before Crisco shortening, people used butter or margarine. These are good, but they have some shortcomings that the Crisco shortening has covered since it was made in 1911. It brought about something that could be called the evolution of baking. It made baking nicer and easier, and that changed everything completely.

So what is Crisco?

Crisco is a vegetable shortening that was made by a company called The J.M Smucker Company in the United States.  It made a great impact in the baking world at the time. It was first introduced to the world of flour and ovens in 1911 by Procter and Gamble, a multinational consumer products company that was founded in 1873. 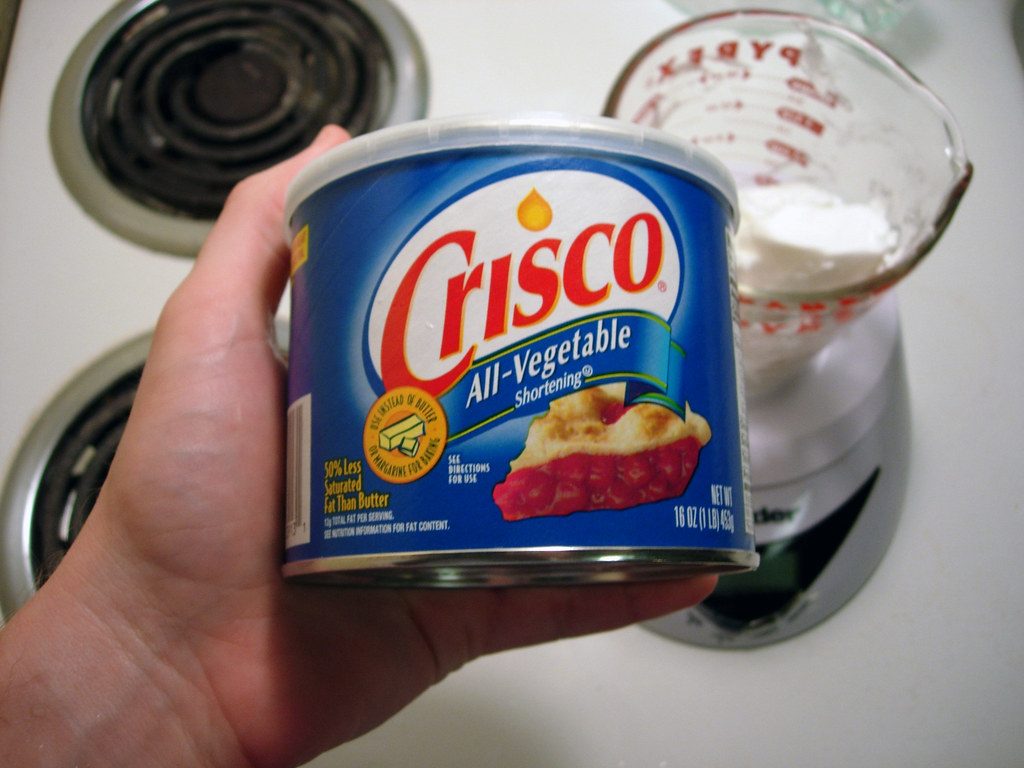 It was the first shortening ever to be made completely of vegetable oil. There are reasons why this is a significant thing. At first, it was made with cotton-seed oil, and later, soybean oil.

Although Crisco started with just shortening, the brand has grown impressively today. Its list of products now contains things nonstick spray, Crisco cooking oil, and coconut oil. But though these are really good products, the Crisco brand is known for the shortening.

When a baking recipe calls for shortening, they often just mean Crisco. Crisco shortening is very flexible and covers almost every role in the kitchen—baking or cooking. You can use it instead of the butter and margarine when you want to bake or fry something. If you want, you can even mix it with butter or margarine if you feel that it would be better for what you’re about to make.

Crisco is known to make really good pastries and other baked goods. For instance, when used for cookies and cakes, it will help desserts come out amazingly soft. It can also make frosting kind of fluffy.

One of the greatest parts of Crisco shortening is the melting point. 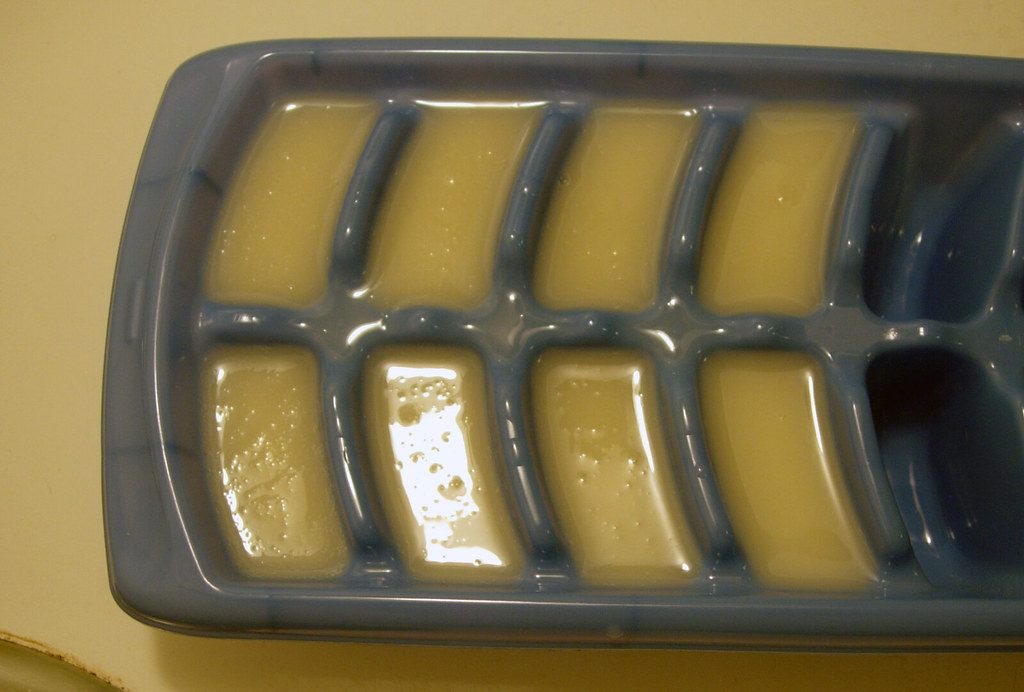 Some people still prefer to use butter instead of shortening, and that is alright. Some bakers are really good with butter and margarine. However, most people who’ve used Crisco shortening know what I am talking about; the ease of use and the way it holds the finished work together is nothing but breathtaking and wonderful.

If you would like to use the Crisco shortening instead of butter and margarine, all you have to know is that one cup of butter is equivalent to one cup of the vegetable oil plus two tablespoons of water. This is because the shortening is one hundred percent fat and zero percent water, making it result in good and tender baking.

Lard, like Crisco, is cooking fat. Before the influx of present-day vegetable oils like Crisco and others, lard was the ruler of the kitchen. It was used to cook and fry until these alternatives came in, at which time it was thrown out. It was replaced with the others because it was believed to be unhealthy to consume. Consider that basically, lard is animal fat. As the world progressed, research found that animal fat was not so healthy for cooking. 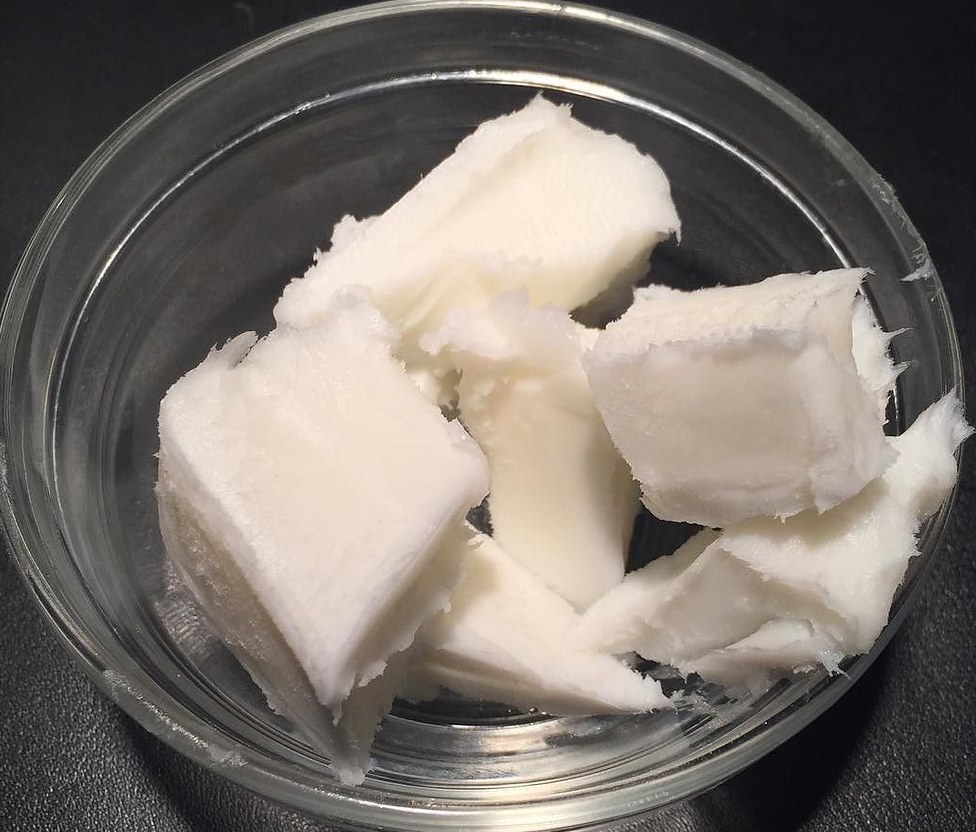 Lard is, more specifically, pork fat. It used to be every cook and baker’s choice when it came to frying or baking. It was, simply put, the best at the time. It was usually rendered, so the impurities were removed completely. what you got at the end of the procedure was a hard brick of fat. It was said to be the best not just because it was great, but also because it had some really good practical advantages.

One of these reasons is that it was very affordable. This was a big bonus for commercial bakers and those who had large families. So, it was used a lot. Another reason is that it was sometimes a very reliable source of vitamins.

I say “sometimes” because the number of vitamins you get from lard depended greatly on how the animal it came from was cared for. If the pigs were cared for well, then vitamin K was present. For instance, if animals were fed in fresh pastures, there was sure to be vitamins in the lard extracted from them.

And there is the fact that when we make our food, we are always hoping the taste of the food is not compromised. That way, we get the taste we are expecting from the spices and other seasonings we have employed.

That was why most people used lard and why some still do.

Lard has a mild flavor that is not prominent in your food or pastries, making it so they still retain the original tastes intended. It doesn’t alter the original taste of the food, unlike olive and coconut oil, which give a slight aftertaste to the food they are used in.

What’s the Difference Between Lard and Crisco? 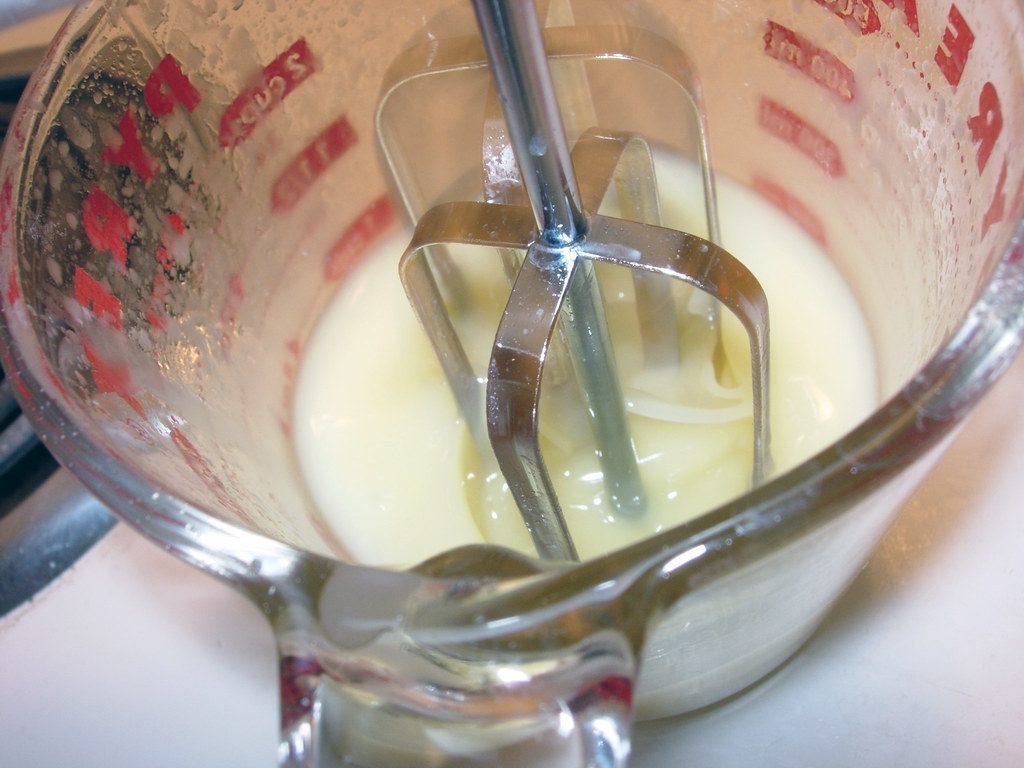 It is not difficult to tell them apart, but since they do the same thing, there is a need to clarify the difference to show how far they are from being the same.  If you want the quick answer, it would be that Lard is extracted from a pig’s abdomen, while Crisco, like most shortening now, is made from vegetables.

And another thing is that while both produce really good and flaky textures for food they are baked into, it is believed that the lard makes flakier textures than Crisco and many other shortenings.

I already mentioned this, but it should be noted that while lard has a mild flavor, it does not affect the taste of the food you use it for. Crisco, on the other hand, does not have any flavor at all, though it could probably leave your food with an aftertaste. Also, vegetable shortening like Crisco is hydrogenated to have the solid look it has.

If I were to make a guess, I would say that people make use of lard a lot, and that is because many people are wary about what they use these days. They are suspicious of things that are not natural or seem to be doctored, and this makes sense because many things made these days are not very healthy to use.  But then, as natural as the lard is said to be, it is not very healthy, either. So, it is a very difficult line to walk on. 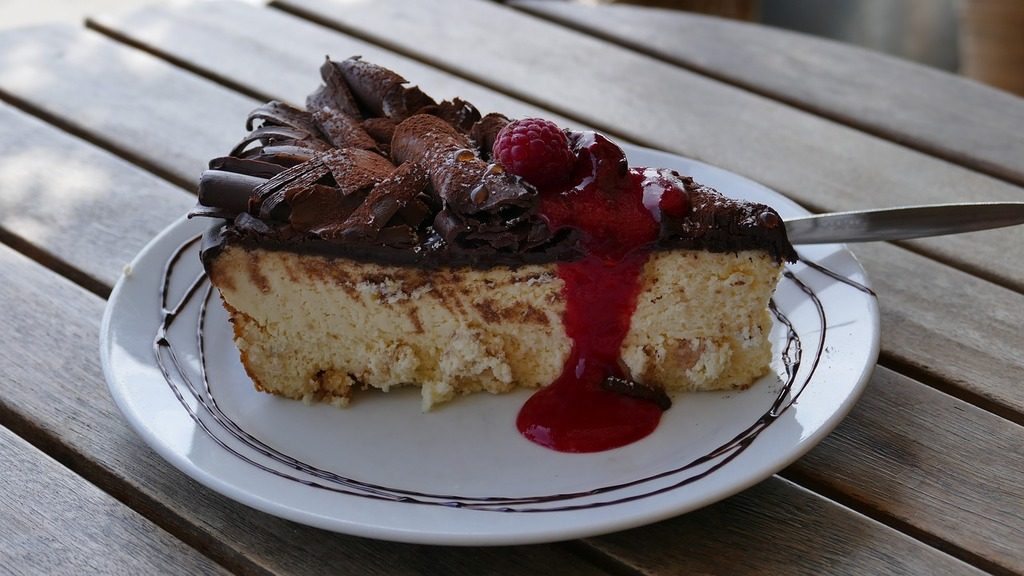 The important thing is to know what you consume and how you use it, because that is the key to staying healthy. No one wants to end up in the hospital because they ate a cookie. There are many things you can use both Crisco and lard for, but I would advise that if you have a recipe that says to use lard, you should stick with that. Each could have a specific effect on the food you are trying to make.

It is very important to know that there is nothing wrong with trying out both, too. You never know which you will like better. And it is also good to remember that Crisco is made only from plants that are hydrogenated to make it solid. So, it is kind of just as natural as lard.

Finally, it all falls down to knowing what you want and what you enjoy. I recommend that you know a lot about what you are about to eat before you eat it. Think about what you are getting from the food: the risks; the amount you can safely consume, etc. There are almost always disadvantages from person to person, so it is very much necessary to be aware of the ingredients to be sure you are eating right and avoiding complications.

That said, you now hopefully know the answer to the question, is Crisco lard?