Celiac disease is pretty scary, but the scariest part about it is that it routinely goes undiagnosed. While some cases manifest with obvious symptoms, many people go through their entire lives without realizing that their intestines are being damaged by the gluten in their diets. This makes it all the more important to understand what gluten is, how it’s made, and what types of foods are gluten-free. Questions like “does pudding have gluten?” can make a huge difference in your health. 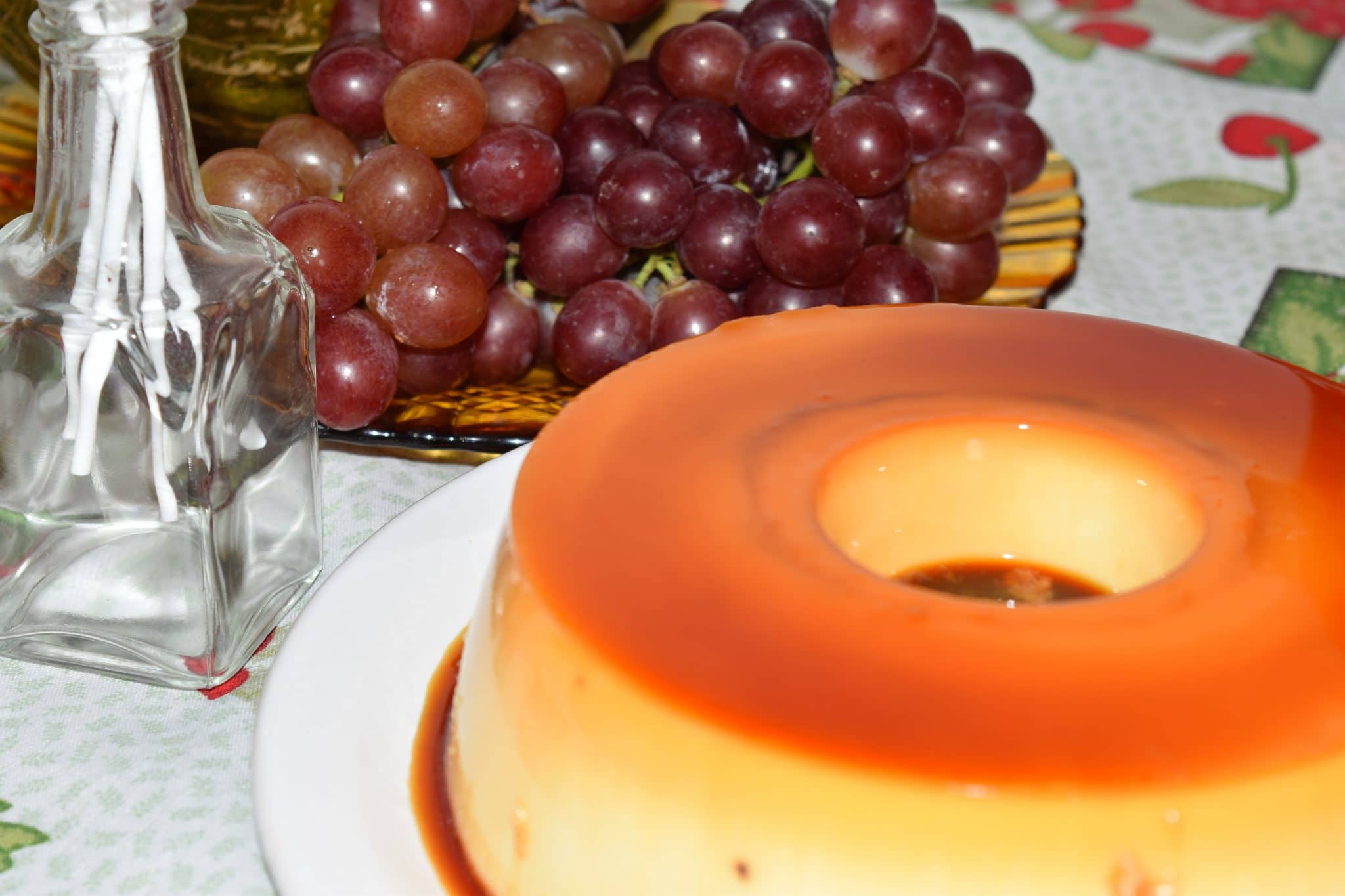 Gluten is a naturally occurring substance that’s produced by some plants. It’s a mix of various proteins that are used by grains to store resources for later. Gluten is mostly found in wheat, oats, barley, rye, and other related plants. In other words, it’s primarily found in grains. Foods that aren’t grains generally don’t have any gluten. This includes things like rice, corn, milk, sugar, most meats and vegetables, spices, and a variety of other food items that are too numerous to list.

This isn’t to say that if something doesn’t have cereal grains that it’s totally gluten-free. There’s a concept called “cross-contamination” that we’ll talk about later that makes a variety of innocuous ingredients susceptible to being sold with small quantities of gluten. Depending on your level of gluten sensitivity, cross contamination might be a total non-issue or a really big deal. 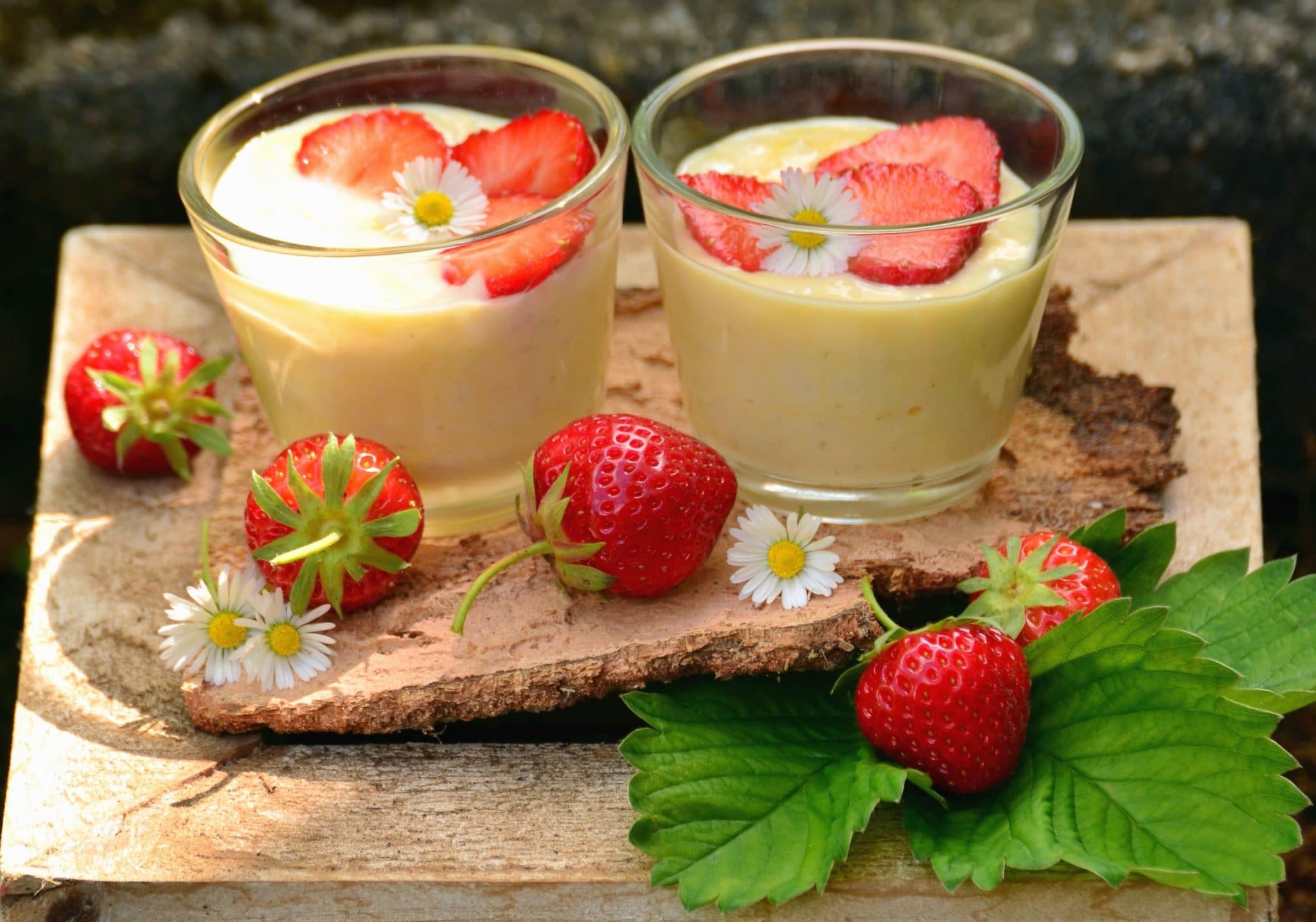 Unlike some types of food, there’s no universally accepted definition for “pudding.” In the United States, “pudding” usually refers to a thick, sweet dessert food. Puddings are often made with eggs, gelatin, and other thickening agents. They’re almost never made with grains, however.

In other parts of the world, “pudding” can refer to a pretty wide variety of other dishes. This includes things like Yorkshire pudding, a British dish that’s somewhere in between a pancake and a muffin, and black pudding, which is a mix of blood and oats or barley. While some other “puddings” don’t contain gluten, these two examples most definitely do.

Does Pudding Have Gluten?

Puddings with wheat or other cereal as a primary ingredient have gluten in them. This includes a variety of things called “pudding,” but not the custard-like sweet dessert that most US residents think of. The thick, delicious pudding you make as a pie filling probably doesn’t have notable amounts of gluten. With no wheat or wheat-like ingredients, there’s simply no way for gluten to get into your pudding.

In other words, if you’re looking at a pudding cup or a box of instant pudding at the grocery store, there’s almost certainly no gluten in it. If you’re looking at a menu item at an ethnic restaurant, there’s a chance that there might be gluten depending on the type of pudding and how it’s made. In the latter case, the best thing to do is to ask your server. 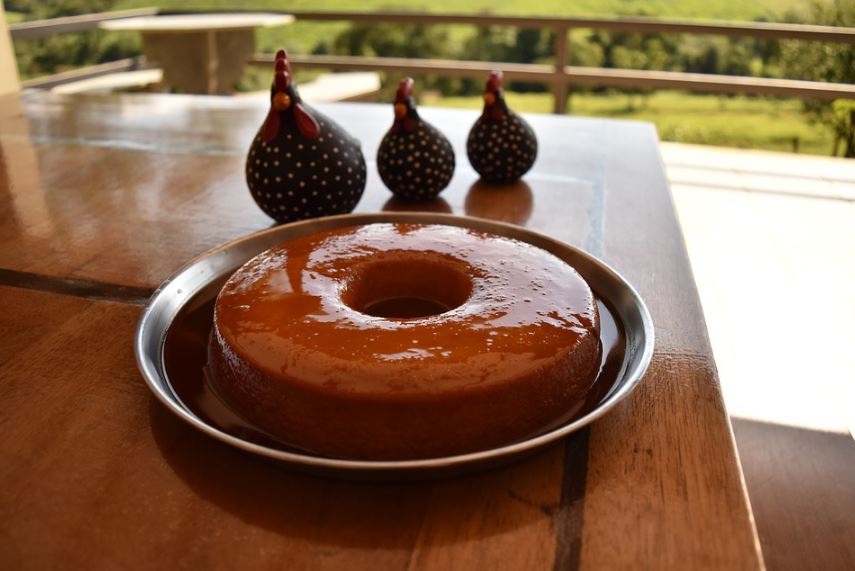 Both the pre-made and the mix-it-yourself varieties of Jello pudding do not have notable amounts of gluten. These desserts are made with a variety of ingredients, but cereal grains are not among them. Jello chooses not to market these products as “gluten-free” because they’re enhanced with artificial colorants. Since Jello doesn’t control the manufacturing of these colorants, it has no way of knowing whether or not any gluten accidentally ended up in them.

Of course, there’s not a huge amount of food coloring in pudding. Even if a small amount of gluten wound up in the coloring of your pudding by accident, you almost certainly wouldn’t eat enough to notice in a normal serving of pudding. In other words, you can effectively treat pudding as gluten-free.

But what about specific varieties? Is Jello chocolate or vanilla pudding gluten free? Again, the answer is yes. All Jello pudding is gluten-free. There’s no need to worry about any specific variety.

What About Instant Pudding?

Again, there are no grains in the types of pudding you’re likely to eat in the US. This includes both the puddings you make from scratch, the pudding you eat a restaurant, and the pudding that you buy at the store, whether it comes in a box, a tub, or a single-serving cup. Instant pudding is no different. It’s basically a mix of sugar, cornstarch, flavors, and a few fancy ingredients that put on the finishing touches.

Does Cornstarch Have Gluten?

Are All Puddings Safe To Eat? 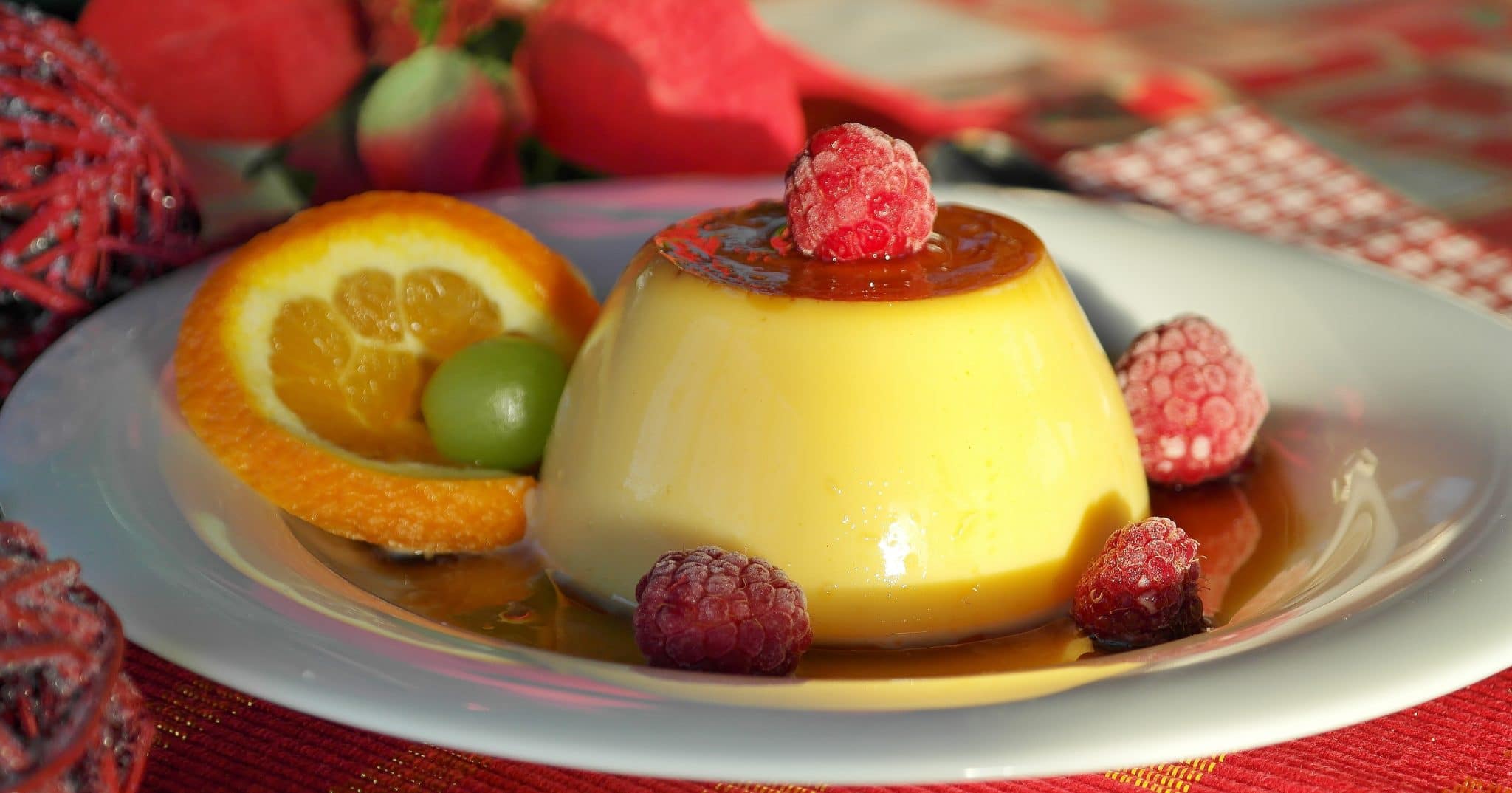 Truthfully, while it’s possible to order a Yorkshire pudding by accident, it’s pretty obvious that you’re not getting something that’s gluten-free. The puddings that contain grains look, smell, and taste VERY different from the thickened sweet desserts you’re accustomed to. Yorkshire pudding looks a lot like bread, so you’ll have plenty of time to realize that you didn’t get the gluten-free dish you were expecting.
International puddings have a pretty wide variety of ingredients. Rice pudding, for example, is made from rice, milk, and lots of sugar. Haggis is made from sheep organs, onion, oatmeal, and seasonings. Bread pudding is somewhat similar to rice pudding, except it’s made with bread instead of rice.
It’s usually not to difficult to figure out whether a pudding is gluten-free based on its appearance and ingredients. Rice pudding, for example, is gluten free due to the absence of offending ingredients. Rice, milk, and sugar are all gluten-free. Bread pudding is usually NOT gluten-free. There’s an exception if the bread used in its creation was gluten free to begin with, but soaking bread in sweetened milk or cream does nothing to remove gluten. Savory sausage-like puddings like haggis and black pudding are more complicated. If possible, you should look at an ingredients list or ask if there were any cereal grains involved in the creation of the dish. 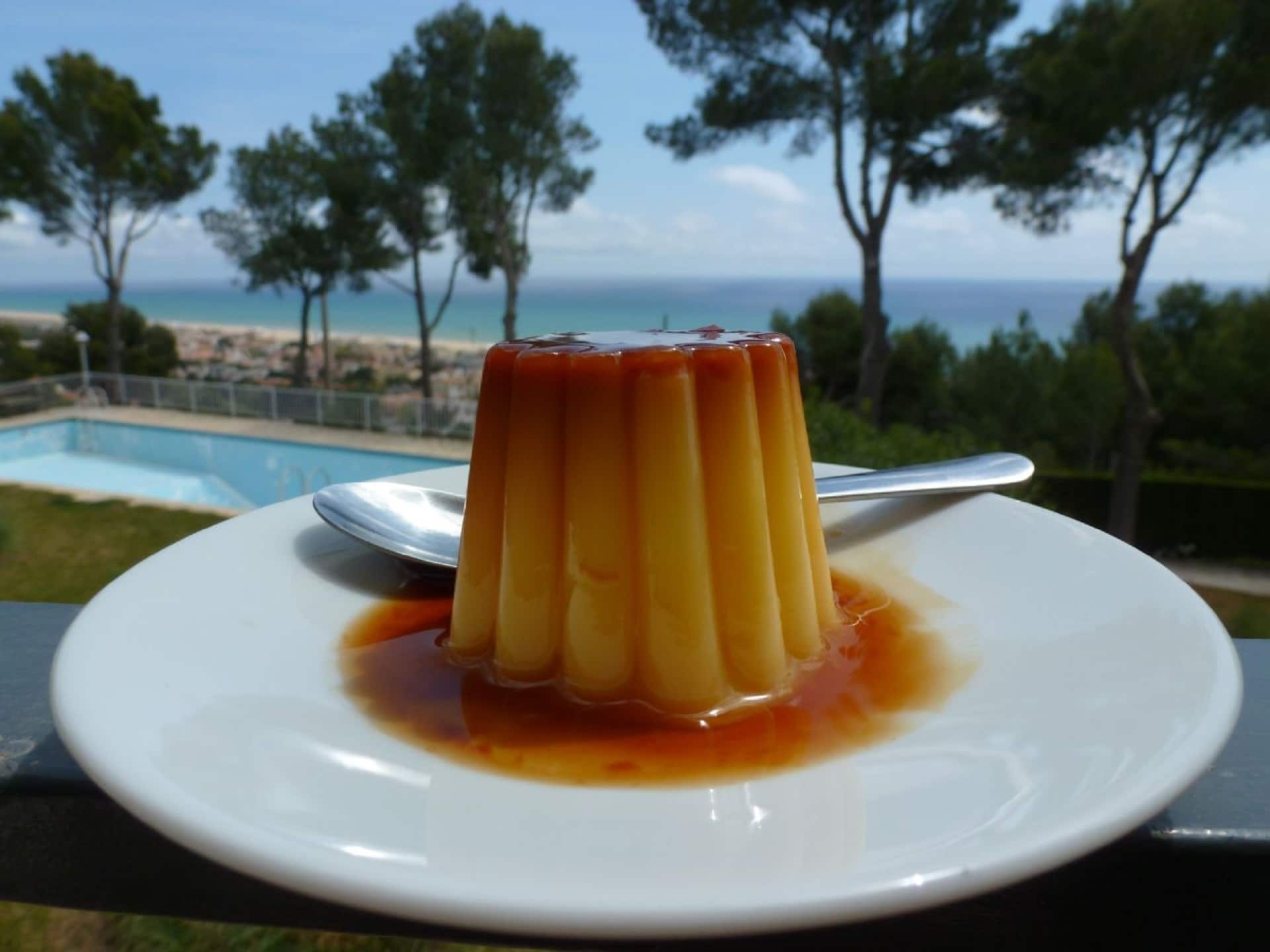 The hardest thing to avoid on a gluten-free diet is something called cross-contamination. Even if a food is normally gluten-free, small amounts of gluten can end up in that food if it’s processed at a location that also works with high-gluten foods. Imagine that food slides down a chute as part of its handling process on the way to your grocery store. If a bunch of bags of flour slide down the chute, one of them might split open and spill flour everywhere. If an apple later slides down that chute, the apple might get covered in flour. While apples themselves are normally gluten-free, this particular flour-covered apple now has lots of gluten.
Cross-contamination involves this concept, but usually on a much smaller scale. Instead of apples we usually talk about things like oats, food coloring, and other food additives. The facilities that produce these food items often produce wheat and often use the same equipment for both high-gluten and zero-gluten foods. This means it’s easy to introduce a small amount of gluten to a product that normally doesn’t have any.
Different people have different levels of gluten sensitivity. You should consult your doctor or another health professional in order to determine how vigilant you need to be in your fight against cross contamination. Some people with mild gluten sensitivity can probably ignore these concerns completely, while people with serious celiac disease may need to avoid all foods that could possibly have been exposed to any form of gluten. 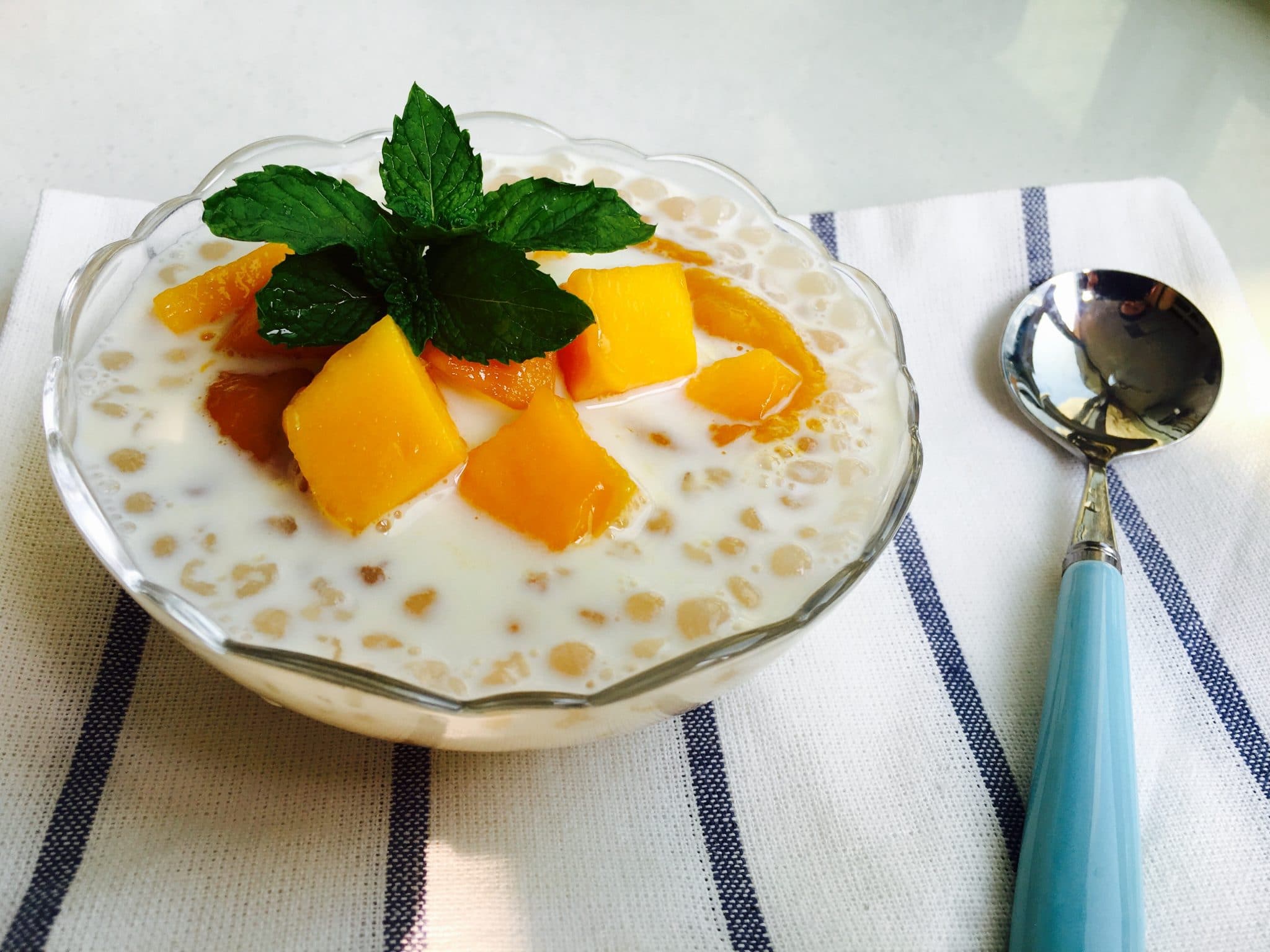 Truthfully, the biggest concern that I have with pudding and gluten isn’t the pudding itself. It’s the stuff around it. It’s too easy to get carried away and add toppings and other embellishments that are full of gluten. Even innocuous things like licorice can be made with lots of wheat, meaning that they’re unsafe to serve with your pudding.
This means you need to be extra careful of what you eat your pudding with. Chocolate syrup, for example, is normally gluten-free, but candy toppings, sprinkles, and pie crust might not be. In other words, be very careful about how you serve your pudding.

If your pudding is a thick, sweet dessert that’s pretty similar to a custard, it’s almost certainly gluten-free. If it’s made from bread (like bread pudding), it looks like bread (like Yorkshire pudding), or it has cereal grains as an ingredient (like kheer), it’s almost certainly not gluten-free. In general, the safest thing to do is to look at a list of ingredients or ask someone who knows about the dish.
Luckily, the non-gluten free puddings aren’t usually what you’re looking at at the store or making at home. This means that you can safely enjoy all of the Jello pudding varieties you want, even on a gluten-free diet.
0 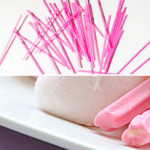 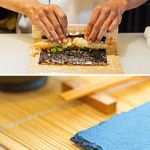