A Lincoln log sandwich looks like your regular sandwich, but it’s so much more. It was featured in one of the Sunday episodes of The Sopranos.  I guess that’s how most people got to know about it because, in most culinary places and online forums, it became a huge topic after the episode aired.

That’s the question you’ll hear when you talk about the Lincoln log sandwich in some parts of the world. This is not because of the taste or about being expensive to make. It’s just that most people don’t know about it. In some places, it is a common part of the local cuisine, while other areas have never heard of it. And there is also the possibility that some places have a different variation of it.

Personally, I think most people would not know some delicacies if it were not for TV shows, movies, and the internet. These have been a huge help to exposing people to dishes they would ordinarily not get to explore.

Lincoln logs food is nothing but creativity between two slabs of bread. When completed, like most extraordinary things, it looks quite ordinary. You won’t get to know how great it is until you have a bite. If your eyes are closed, there’ll be nothing else except you and the magnificent taste of the Lincoln log sandwich. 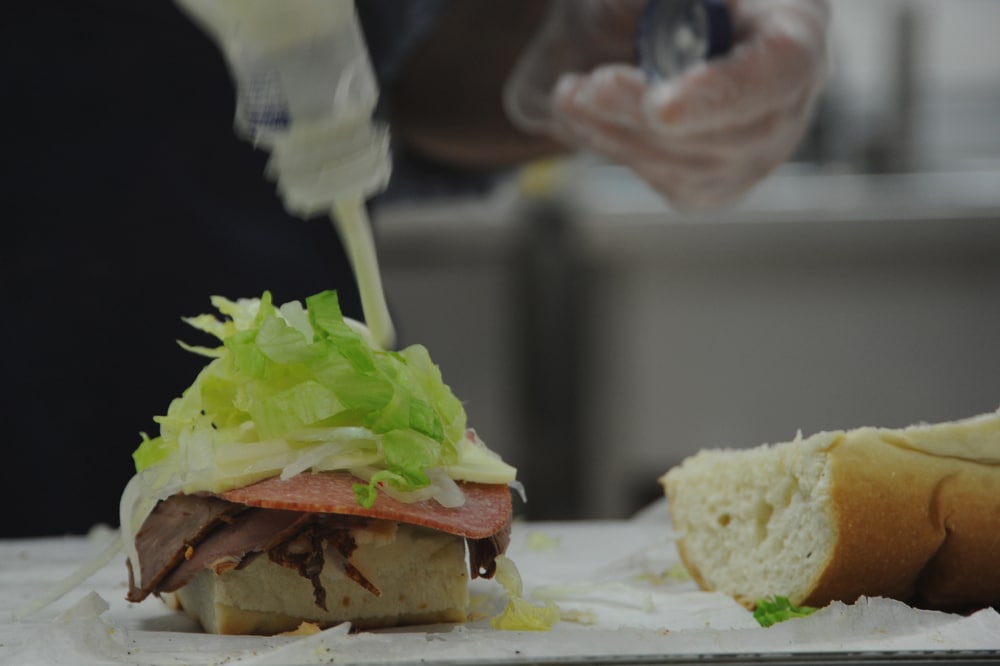 To make this awesome delight, all you need is bread, hot dogs, and cream cheese. Amazing right? Who would have thought you could make something as amazing and extraordinary from a method that sounds so chaotic? But then, the miracle is not in the look, it is in the taste, which is a mind-blowing one.

You could say I’m exaggerating, but I trust my taste buds and the taste buds of the people on the various cooking subreddits that say it is an amazing sandwich to have.

There are probably a lot of things that excite me in the world, including when I have the free time to watch Rick and Morty from time to time. But one other thing that excites me is being able to have in my hand a Lincoln log sandwich—warm and tender—to go with it. Trust me, it should be your number one go-to food when you are lazy and tired of having to cook things.

The Lincoln log sandwich recipe can be complicated or simple, depending on how you would like to make it. The basic ingredients needed, though, are not much, and as I said, they are easy to get. 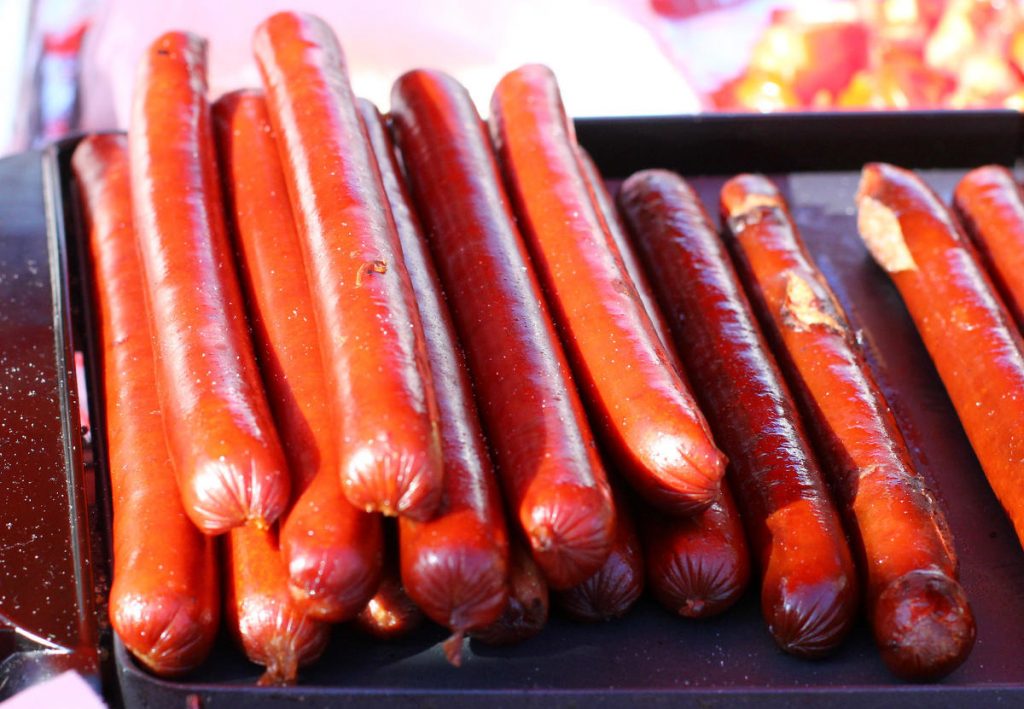 There is no miscellaneous ingredient in this list. Every part of the recipe works together to make the Lincoln log sandwich.

The process is easy and fast. There is no need for heat unless you would like it warm; if not you are good to go.

There have been speculations that the Lincoln log sandwich is a variation of the Seattle Cream Cheese dog. This seems to have been registered as the truth based on the few similarities in the making and look of both foods. In some places, the Lincoln log sandwich is called the Seattle cream cheese dog. But if the similarities matter, the differences should too. 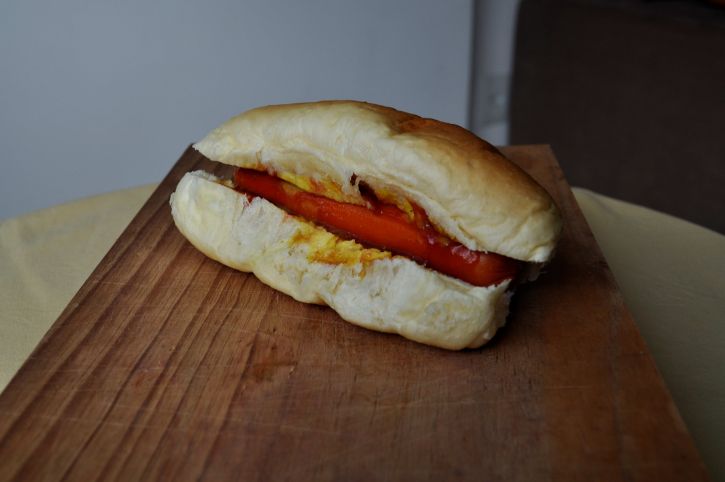 In that 2007 episode of The Sopranos, after Carmela makes the sandwich and calls it a Lincoln log sandwich, some viewers were confused because it looked just like a Seattle cream cheese dog. This is incredible because, with a little switch in the recipe, foods change. And when they change, I don’t see how they should be called the same thing, personally.

But that is just one of the arguments that goes through my head. I would still eat it even if it was called “Seattle cream cheese dog 2.0”. While the name is the identity, there is nothing like taste. Taste is what makes every food what it is, and the taste that comes with the super combo which constitutes the Lincoln log sandwich is super unique. That ends the story for me.

The recipe for the Seattle cream cheese dog is just as cool as the one for the Lincoln log sandwich. it is just as easy as well. All you need are fat-free beef franks, hot dog buns, cream cheese, sauerkraut, pickle relish, and chopped onions. A friend once said that nothing goes wrong with onions—I don’t know if I agree with him, although I will say he makes mad dishes.

Making this is just as easy, too.

It takes maybe thirty minutes, which isn’t too long at all unless you are hungry and tired. You just need to grill your fat-free beef franks and cover them for 10 to 15 minutes to cook. I don’t think I need to tell you this if you use the grill a lot, but for those who want to try this for the first time, you should remember to turn your beef franks now and then to get all the sides grilled nicely.

Then, you spread a bit—one tablespoon maybe—of cream cheese on the bottom half of the toasted hot dog buns. Place the franks in the buns. Sprinkle your sauerkraut and the pickle relish, and finally, your chopped onions. These should be added in the right proportion to give you a good result. And viola! 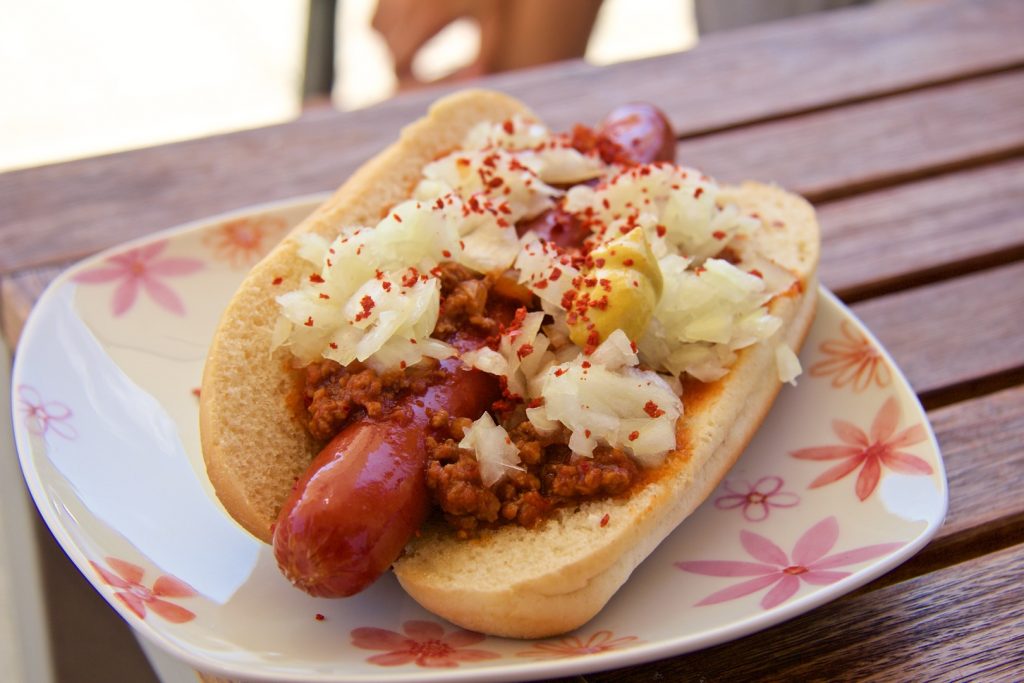 The Lincoln log sandwich is an exciting, quick meal. It is easy to make and very good to relax with. If it had not been for food blogs and other places where the universe of food and recipes is explored, I probably would not have come in contact with this. So, I understand when some people say they have not heard about it.

I wonder how many other things I have no idea about sometimes…it’s incredible when you think of it—the things out there. Some are within grasp but waiting for the right opportunity, and some are beyond reach. Food, tastes, drinks, places, people—oh the glorious abundance of things that are just out there waiting for us to discover them. Amazing!

One of the few wonders man can conveniently explore from any corner of the world is food. With the right recipe, you can have the same experience as others from other amazing parts of the world. You should give the Lincoln log sandwich a try and see how marvelous something like bread stuffed with hot dogs and cream cheese can be. 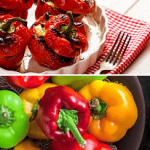 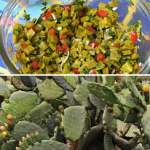