That’s like missing out on one of the best meals on earth, and I am here to help with that. We can’t have you missing out on something as beautiful as this anymore.

Among other reasons why people don’t get to enjoy this special meal, many people can’t get access to it. Some places don’t have it in their restaurants and drive-thrus. While others stay off it just because they don’t trust where sellers get their meat from, or how they make it.

Another interesting reason some people won’t eat it is that they’re scared of eating it. There are different people in the world, those who stay in their comfort zones and don’t experience most of the things the world has to offer, and those who enjoy all the foods available to mankind.

What is Liver Pudding?

So what is liver pudding? Simply put, it is regarded as a sausage that is made with just meat. Thus, some call it liver pudding sausage. Unlike the usual sausage, liver pudding has no casing whatsoever. Made in both Southern and Northern Carolina, it is arguably one of the most amazing puddings made by man—and there is no big difference between the Northern and Southern liver pudding styles. 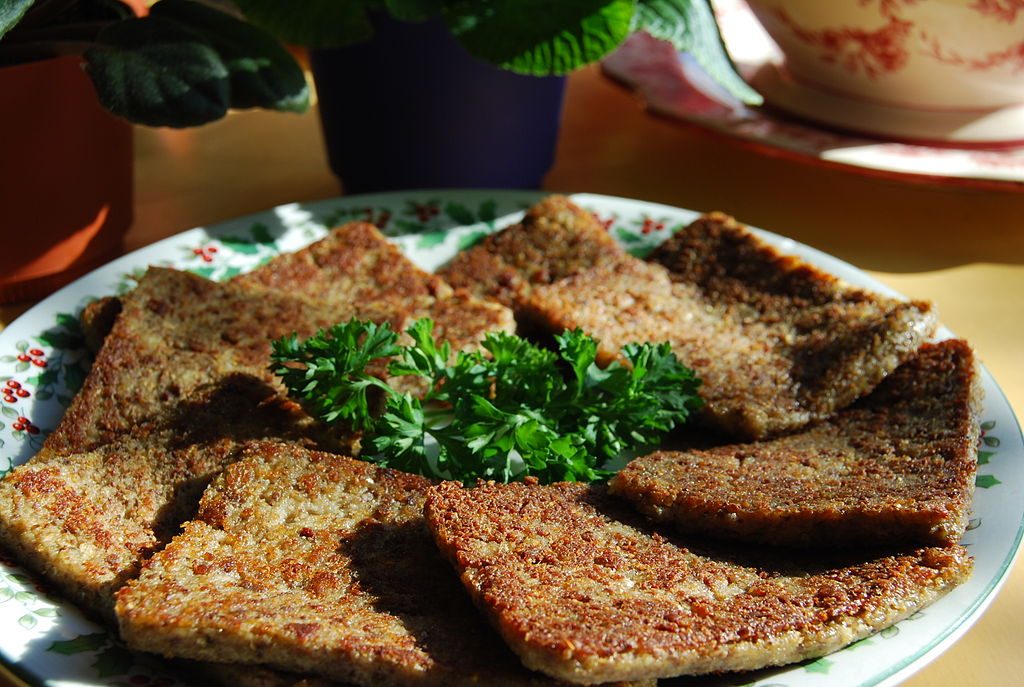 It could look similar to what the French call country pâté. The main element of this pudding is the pork liver. Those who have a broad taste in food can attest to the amazing flavor that pork liver has. But for those who would prefer a softer taste, it could be mixed with other parts of pork. Some people find that the good parts to use for pork chops are also good options here.

What others find interesting about liver pudding is not the taste alone, but what they gain from it nutrition-wise. It is a big bowl of nutritional value.

Many cannot describe the taste because it is so unique. There is little to nothing we can say to describe it properly. While some think it is very much like pork sausage, it is not. The spices and other ingredients used give it a very different kind of flavor. It is like eating something you’ve never tasted in all your life.

In one of the many essays written on local restaurants and food menus last year, there was a piece on the WECT News website about a local restaurant in Southport, North Carolina, where the owner of the restaurant said that “Most of the people who try liver pudding for the first time always come back for it a second time.” This is not difficult to imagine, nor is it surprising. Liver pudding is one of the best puddings to be served in that part of the world.

The best part is that it does not take a lot of time or special cooking skills to prepare. If the ingredients are complete and the recipe is followed to the T, you will have an amazing experience at the end of the day.

It does not require any expensive ingredients, so it is very pocket-friendly. But like every other thing that is cooked, it does take attention and dedication to prepare. For instance, you would not expect to get a tasty result if you fry liver pudding until it gets burnt. It is as simple as that. 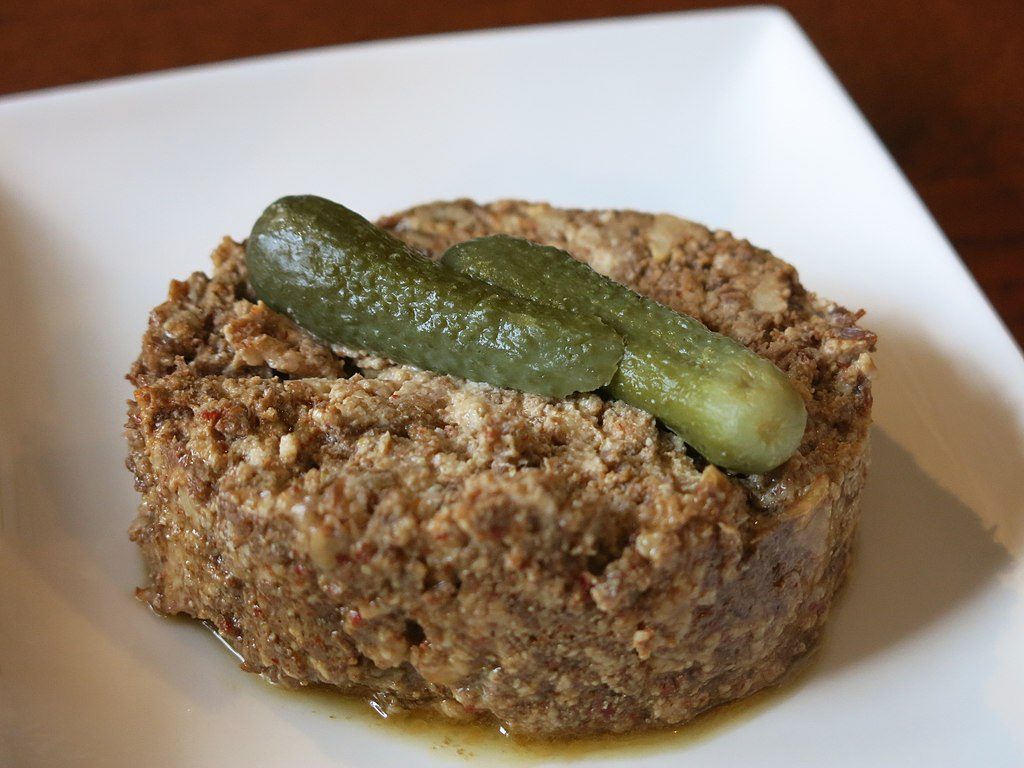 This does not mean that recipes are not good; it only means that as you cook, you learn and make your own secret ingredients and recipes. Remember Ratatouille?

The secret ingredient is always you, the cook.

However, it can help to have a very detailed recipe—one that makes mention of everything you need to know, including how to know if the texture is good enough. And that’s the recipe that you’re about to get. Alright, let’s dive in.

What exactly do you need to make liver pudding? What are the liver pudding ingredients? Well, the first thing, which is the most important thing, is the pork liver.

How to get it done:

First, heat the oven to 325 degrees Fahrenheit. This is so that it will be hot when you need it. You don’t want to start heating it up the moment you want it hot.

The second step is to go ahead and get your perfect pork liver, ground pork, and ground allspice, along with some salt, chopped onions, and ground pepper. It is better if the pepper is fresh and not already ground. Put all this together in a food processor and pulse until they are perfectly mixed with a slightly rough texture. 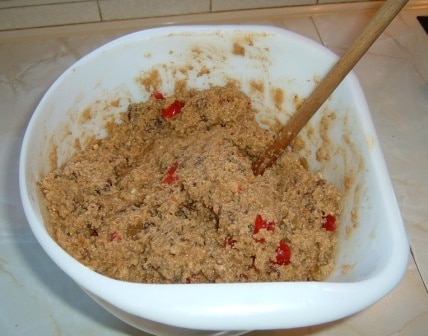 The third thing to do is put a cooking pan on the stove and heat it up to about medium level heat, then put the butter in the pan to melt. When the butter has melted well, reduce the heat to low and pour the flour in to mix properly. Mix until you have a very smooth mixture. Crack in the egg and stir until the mixture is smooth and nice.

Fourth step—add the pork liver mixture to the sauce you have just made and stir a lot until you are satisfied with the texture and taste. Then put the liver pudding in a mold, adding the bay leaves on top, and place the mold in the oven. You should ideally cook liver pudding for an hour or two.

Now, all you need to do before you serve is to let it cool (preferably in a refrigerator) for two or three hours before it is ready to go. You can have it with cheese if that’s your style.

Are livermush and liver pudding the same thing?

Most people who haven’t tried either of them wouldn’t see a difference between the two. One is often mistaken for the other. This is understandable though, as both are made from the same set of ingredients, so the difference is either minute or not observable. But those who know what they are eating know how to tell the difference.

One of the many clues you can use to distinguishing one from the other is the texture. The textures are not the same at all, but a person who is there to savor the taste alone won’t notice. Or at least, they won’t mind that while the texture of liver pudding is much smoother, the texture of livermush is not. 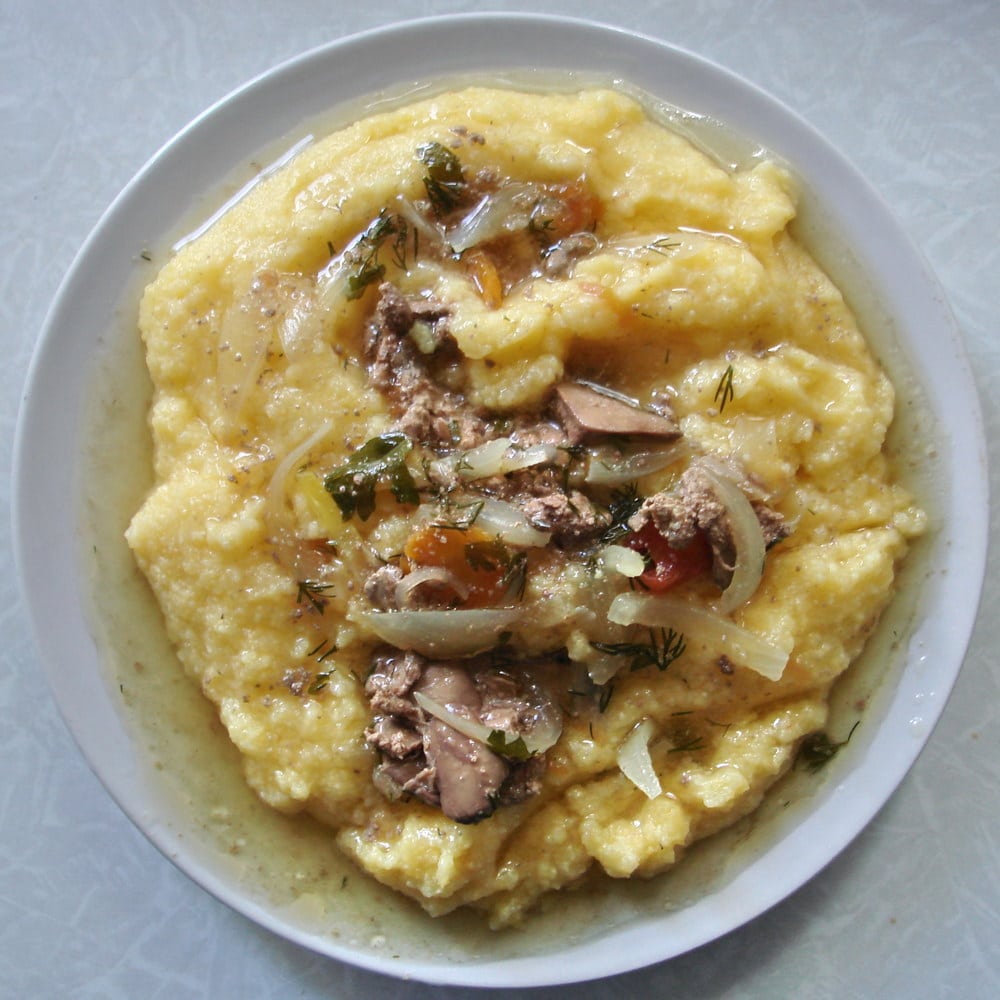 Another difference used to be that livermush contained a bit of cornmeal while the liver pudding did not. But most liver pudding now contains just as much cornmeal as livermush does these days.

Another difference people picked up is that livermush tastes better when fried and served with wheat toast, while liver pudding is better when served with white toast. This could be tucked under being subjective and dependent on personal taste, so it is not a very popular way of telling one from the other.

That is one of the questions people ask when they are told to eat liver pudding. The answer is a strong YES! It is healthy and rich. It is a very good source of iron, and we all know how important having iron is for us. We know that without the regular supply of iron in our body, there would not be enough good oxygen-transporting red blood cells in our systems, and the lack of those could prove very fatal.

But liver pudding nutrition isn’t only about iron. Liver pudding also provides the body with vitamins, especially vitamin B12. In addition, Vitamin A is there for the healthy growth of your white blood cells. There’s copper too, helping to produce energy.

Can Other Meats Be Used?

Like every other meal, there are variations of it. Some people have tried using chicken or beef liver and that too could work. It depends on what you want and if you know how to get it. The truth is that there’s no real limit to making food. There is always a space to remake and remake something until you are satisfied with your result. Most other liver variants won’t give you the same taste and texture, though. So, you should be sure of what you want and what you are doing. 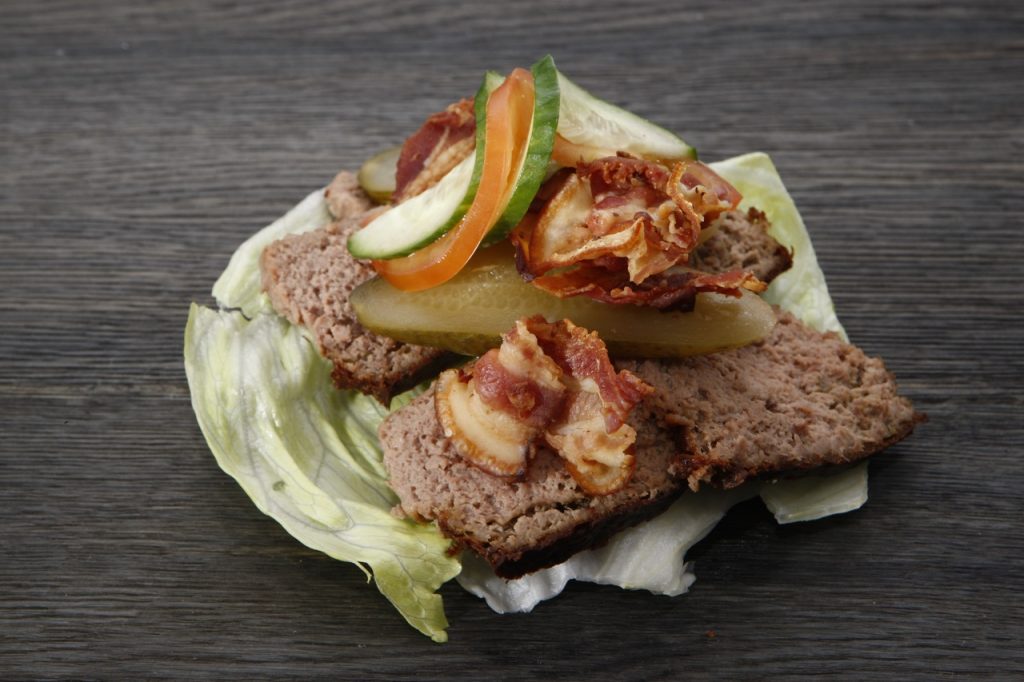 Also, it is advisable to get healthy liver—whether it be that you are getting calf, chicken, or even the traditional pork liver. Consider if you are getting it from a young or old animal (it is preferable you use young ones which do not have the complications old ones do, especially beef). Make sure you are getting it from somewhere with reliable sanitation, where the butchers take really good care of what they sell.

Two things to think about at while trying to pick your meat would be knowing what you want your result to be, and choosing the place you are getting your meat from.

Healthy meat makes a healthy meal, after all.

The most popular way people enjoy liver pudding is with eggs and for breakfast. Some take it as lunch, too, and some just take it as a quick snack for any time of the day it fits. It is fixed to a certain method of consumption. You can have it with anything that is comfortable for you. Eggs, crackers, or spread on a sandwich. As long as it tastes as great as you wanted it to, you’ll have a great meal. Also, it will pair well with any drink you prefer.

There are few things as interesting as liver pudding that can entertain your taste buds with such a fantastic experience. There is nothing like feeling the texture of new food and filing that taste away to a place where you can recall it when you need good meal-memories. So, it is good to indulge in the adventure of experiencing new foods, and liver pudding is one marvelous meal you will love when you try it.

If you cannot get it, then make it. That’s even better. Instead of being disturbed by the distractions of a restaurant, you can get the same magic from the comfort of your couch.