It’s summertime, and you know what that means: time to test out some tasty cold treats!

The summer goes on for far too long, which is why I tend to get excited about ice cream, and this time I’ve got something new to keep me chilled out: cool and refreshing lychee ice cream.  Not only is it perfect for battling the heat, but the adventure of creating something new and unfamiliar also makes me forget my sticky situation entirely.

This is the time of year when lychee fruit is in season. If you’ve got an Asian specialty shop near you or happen to know the location of a lychee tree, the time is ripe to pick some for yourself. What to do with bags full of sweet lychee fruits? Make your own delicious ice cream, of course!

Before I say anything about how amazing lychee ice cream really is and how to make it, let’s first get into the key ingredient of lychee ice cream, which is, of course, the lychee fruit.

What Do You Know About the Lychee Fruit? 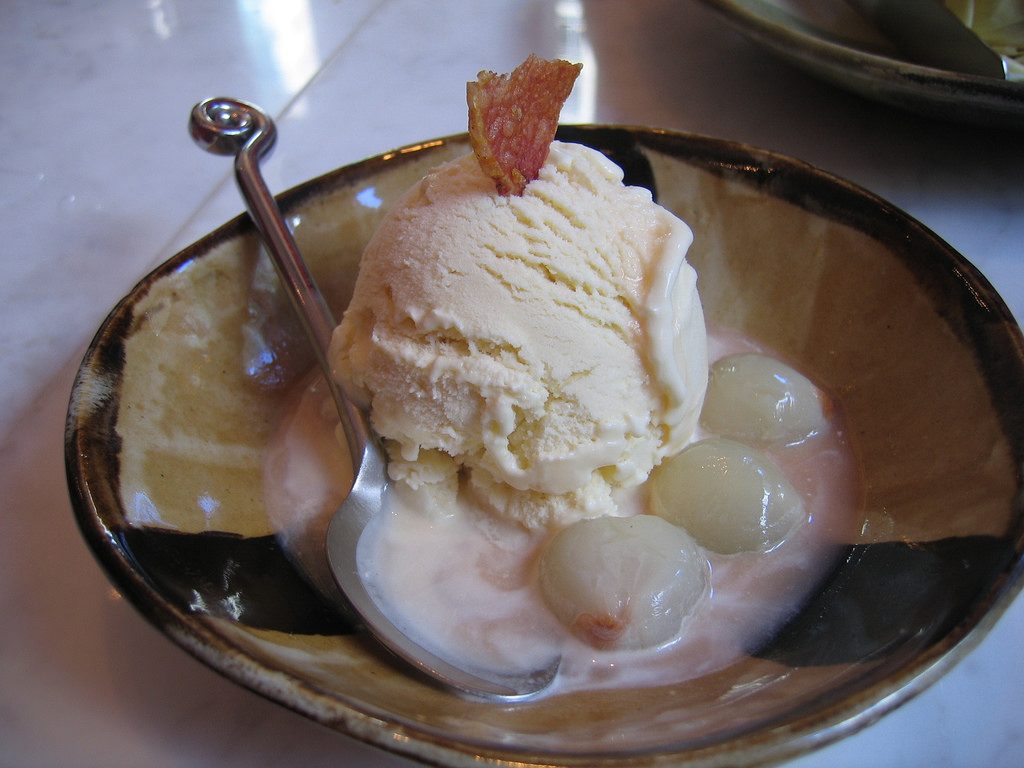 The lychee fruit is a fruit about the size of a golf ball whose exterior is somewhat reddish and spiky. Its interior is a soft grape-like pulp; it’s translucent and fleshy with a refreshing tropical flavor, and at the center is a large hard brown seed.

The fruit has a texture that is very similar to that of the coconut.

It is a very juicy, nutritious and sweet fruit native to China and can also be found in other countries like Thailand, India, Vietnam.

You can’t often find fresh lychee at your local grocery store, but you can find the canned version which is probably everywhere (especially in Asian markets), and it works as a perfectly good alternative.

It’s rich in minerals such as potassium and copper. It also has substantial amounts of antioxidants, dietary fiber and more importantly vitamins C and B-complex such as folate, niacin and thiamin. The lychee fruit is the perfect snack for the summer.

As for Lychee ice cream, it’s even better; it’s light, sweet and undeniably full of lychee flavor. It is well known for its very creamy and smooth nature. One interesting fact about this ice cream is that it has no form of refined sugar, and it is a complete package of healthy fats and antioxidants. 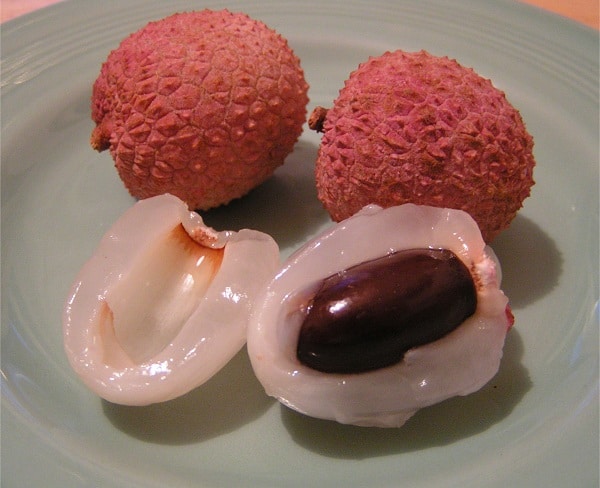 The taste of the lychee ice cream ranges from a balance of sweet and tart to a light floral taste, although some say that it tastes like grape mixed with rose; others insist that it’s more like pear mixed with watermelon.

It blends perfectly with coconut, lime and most tropical tastes. The lychee ice cream is actually very popular and common among the numerous kinds of Chinese ice cream.

Health-wise, lychee ice cream possesses some amazing health benefits from the lychee in it, including the following:

If you’re not planning on making your own version of the lychee ice cream, there’s a brand you should really try out in particular.

The Magnolia brands. This brand of the lychee ice cream has quite an interesting history behind it. This brand was started by a group of Filipino-Americans in 1969, and it is said that they were inspired by an ice cream they ate in the Philippines. 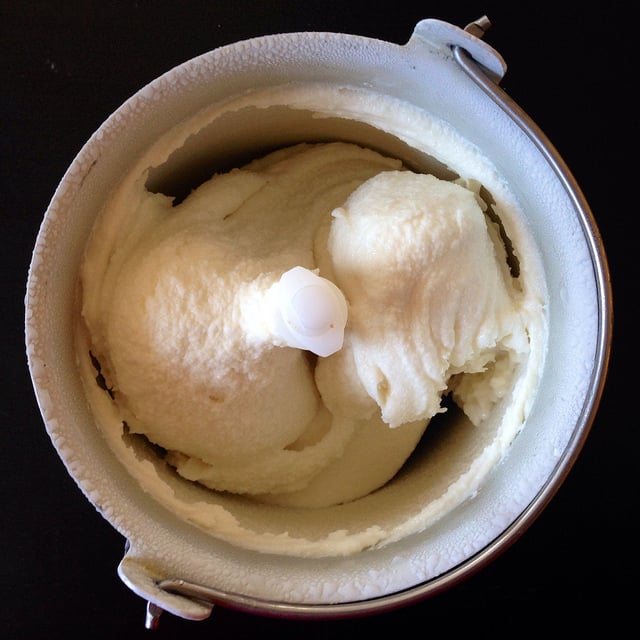 As it turned out, they went with the same logo and name as the company making the ice cream they’d had so many years ago. Due to a complicated court ruling, both companies are allowed to use the name and logo as they want in their respective countries.

The surface a typical pint of Magnolia lychee ice cream shows a standard off-white colored base with visible pink flecks (pieces of coarsely chopped lychee). This brand of ice cream just like any other lychee ice cream has a very noticeable and refreshing tropical flavor.

The small pieces of lychee are usually not noticeable while eating. Occasionally you get a slight grapey texture, but it’s very subtle. Overall it eats like a pint of ice cream.

As with tropical flavors, the first taste is usually the best and the flavor is practically breathtaking. What’s special about the magnolia lychee ice cream brand is that the taste remains refreshing and overwhelming all the way to the bottom.

Other brands include the Walls lychee ice cream; Walls has been the leading ice cream brand in Malaysia for over 48 years now. It is one of the many brands under the Unilever umbrella of companies, a world leader in the ice cream industry.

How to Make Lychee Ice Cream

As a recent fan of lychee ice cream, I’ve experimented with a few different recipes for this kind of ice cream myself. Here’s the one that combines the best features of the lychee ice I’ve come to know and love.

Making the lychee ice can sometimes get tiring, especially if you don’t have an ice cream maker (Cone Makers Review Here). Before we look at how to prepare the lychee ice cream, let’s take a look at some of the ingredients required: 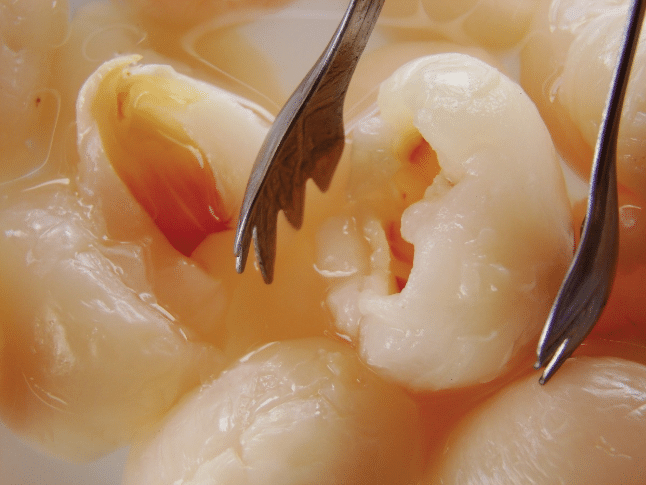 Note: using fresh lychee is recommended, but because of its seasonality you can use canned lychee which is peeled and seedless lychee in syrup. When buying canned lychee, ensure that the can is not leaking or rusted. The contents should be white, soft and clear. Any form of foul odor or cloudiness indicates spoilage and should therefore be thrown away.

Although the canned lychee won’t be as aromatic as the fresh ones, it is still manageable.

You can also add coarsely chopped lychee if you want a feel of the fruit in your mouth while you eat those delicious scoops of ice cream. You can also add raspberries to get a fine pink shade on the ice cream, as well as a bit of tartness and additional antioxidants.

Adding coconut milk or bananas to the lychee ice cream is another way of tweaking its taste. It’s so sweet and exotic that if you’re not careful you might become addicted. Good thing it’s so healthy! 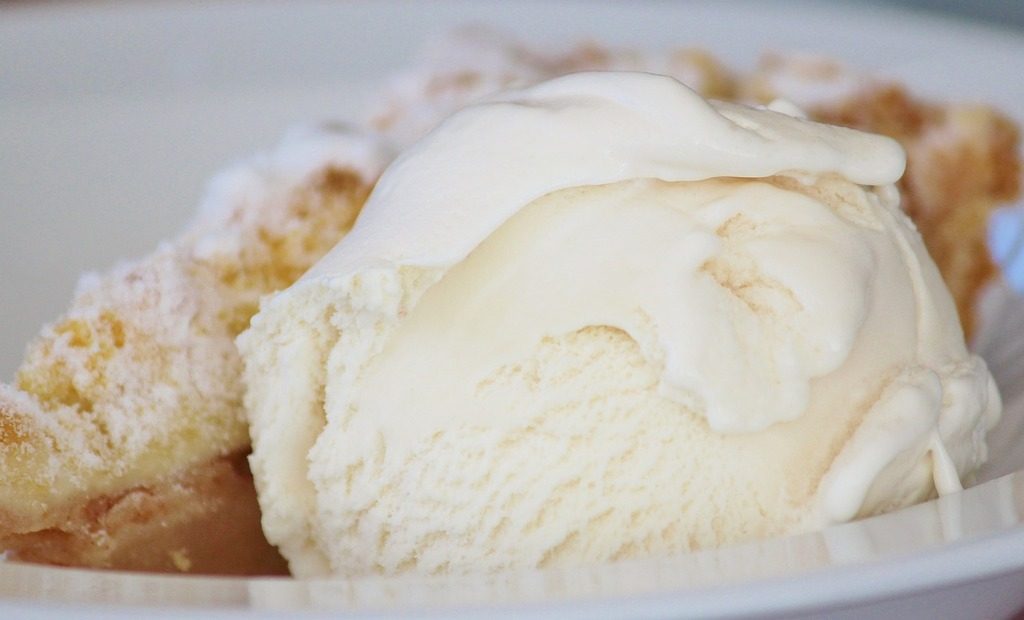 Simply add the coconut milk to the mixture of the other ingredients like the egg yolk, vanilla, cream and condensed milk. For the banana, simply make a banana puree and add to the egg yolk and milk mixture.

Lychee and bananas are used in making some pretty easy and tasty desserts (some warm, some cold) that are healthy and low in fat. It’s an awesome way of using leftover banana; as always, the riper the banana, the sweeter the flavor.

Making different flavors lychee ice cream has proven to be the perfect summer chill-out activity for me. Several times already, I’ve gone to the beach only to spend the whole time thinking about the lychee ice cream waiting for me in my freezer at home.

Personally, I can’t think of anything more relaxing to do than concoct a new and exciting flavor of ice cream. You might say I’m an ice cream freak! Since sharing my secrets is such a long way away, I’ve provided a recipe here. Feel free to indulge; it really is delicious. 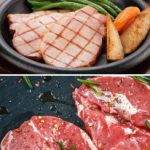 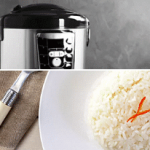 Instant Pot vs Pressure Cooker XL: Which Is Your Preference?