Warning: Use of undefined constant ‘do_shortcode’ - assumed '‘do_shortcode’' (this will throw an Error in a future version of PHP) in /home/customer/www/onthegas.org/public_html/wp-content/themes/yoo_bigeasy_wp/functions.php on line 32
 ᐅ MAHSHEE • Get Creative With Bell Peppers

Mahshee stuffed bell peppers are picking up the pace in a culinary world that’s ever searching for new meals.

The best way to leave a mark in this world is by being either very nutritious (recommended by dietitians, nutritionists, and doctors), super delicious (recommended by hosts taste buds), or beautifully aesthetic (recommended by sight or mind). Better still is when you’ve got all 3 working for you, which is what mahshee has going on.

Stuffed bell peppers, or mahshee, are incredibly tasty, nutritious and—depending on how creative you are—beautiful to behold. Just in case you’re wondering who the originators are to say thank you to, that’ll be the Middle East.

From the name, you can already tell what this dish is all about. There’s stuffing, and then, there’s something to be stuffed. Mahshi is the Arabic word for stuffed, not mahshee. But sure enough, we all understand how people in the English-speaking world could spell mahshi as mahshee.

The term “mahshee” is an umbrella term for any meal that involves stuffing vegetables like peppers or tomatoes with a rice mixture. The rice mixture is the stuffing, and it is made with herbs like parsley, dill, rice, olive or any other type of oil, tomatoes, tomato paste, meat, spices, and seasonings.

Commonly stuffed items are bell peppers, tomatoes, zucchini, eggplants, and squash. Any vegetable that can be “stuffed” can be used for mahshee. Grapes leaves and cabbage rolls are rarely stuffed since they demand special rolling skills—you’ve gotta be skilled to take on these veggies. 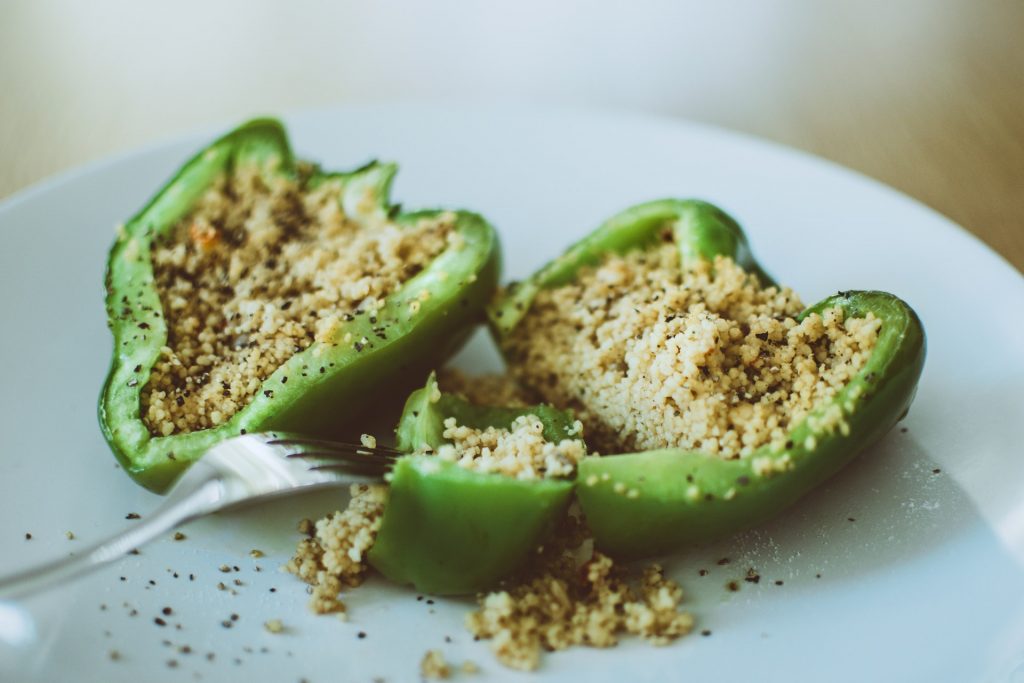 Bell peppers are one of the most commonly stuffed items. Stuffed bell peppers, though from the Middle East as well, are more closely associated with Libya. As such, they are regarded as a Libyan dish. Another reason is that the Libyan version is known to leave taste buds stunned.

In a few places, the dish is associated with Egypt. In Egypt, Egyptian mahshee is a common dish loved by both old and young, and it’s almost always served in banquets, especially at Iftar during Ramadan.

Mahshee is delicious and flavorful, and the recipe is really simple to make and flexible enough to accommodate your preferences. It can serve as a vegetarian meal as well. For a vegetarian mahshee, all you have to do is to omit the meat in the recipe below. The meat is usually lamb but you can also use beef or chicken; it is usually either cubed (very tiny cubes), minced, or ground.

Bell peppers are also known as sweet peppers or paprika.

They have a fruity smell, are sweet, and lack the fiery heat most peppers are known for. They can be stuffed, sautéed, pickled, grilled or even eaten raw. The most interesting thing about these peppers is that they come in a variety of colors—green, yellow, orange and red. Thus, using all 4 colors makes a plate of mahshee colorful.

Mahshee ingredients such as cilantro, parsley, and your preferred seasoning all lend the rice mixture a fine aroma. Remember to use fresh ingredients if you can since fresh is always better. Also, anaheim can be used instead of bell peppers if you find the bell peppers too big.

To make this simple and fast dish, you’ll need:

Just in case you’re too lazy to follow that recipe, a faster way is to mix all the ingredients together except for the cooking liquid. Core the vegetables to be stuffed, stuff them with the rice mixture and leave them to cook.

To stuff leafy vegetables, blanch them first and then cool them.

What Else Is There To Mahshee?

Your oven can come in handy. Some people bake the mahshee from start to finish while others start cooking on a stovetop and finish up in the oven. When it comes to the baking of mahshee, a few other ingredients are routinely added, and the cooking liquid can be omitted. And of course, you don’t need to make a bed of vegetables for your stuffed peppers. 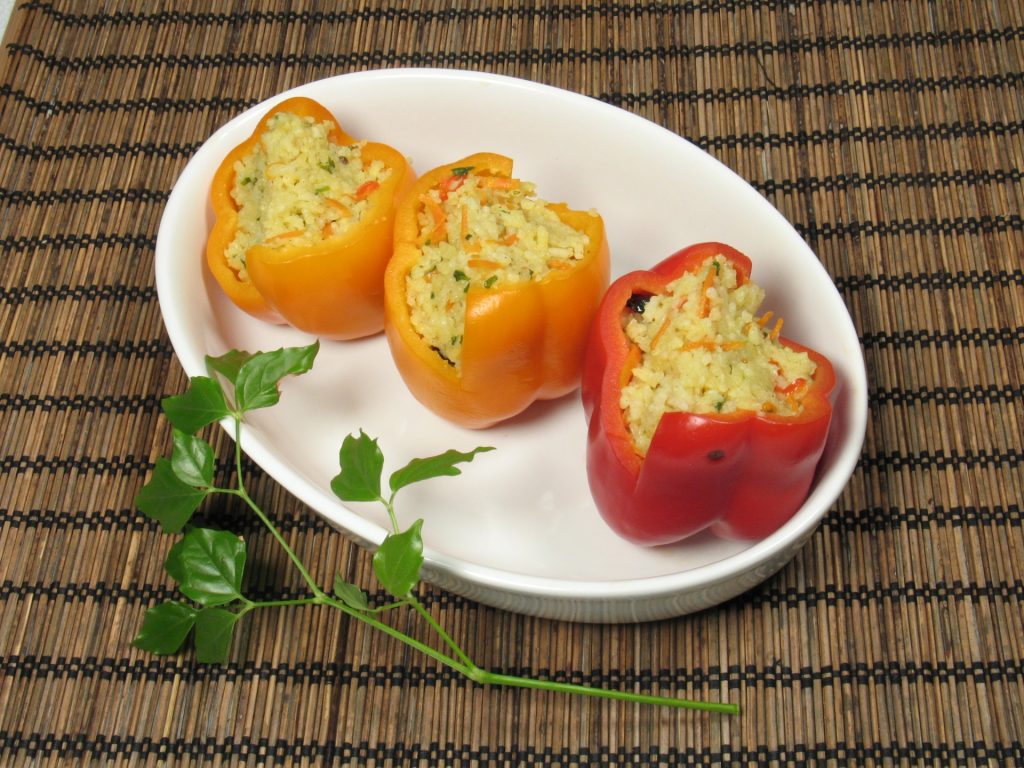 Two major ingredients usually added are Worcestershire sauce, and of course, your preferred shredded cheese. Adding cheese is practically the American version way of doing everything. Mahshee just got cheesed-up and, well, no one can deny that Worcestershire sauce is good.

To make this using an oven, grease a pan and preheat the oven to 350 degrees Fahrenheit. Cook the cubed or minced lamb meat and onion on a stovetop over medium-high heat. Then, mix this along with every other ingredient (except the cheese, if you’re adding that) and stuff the bell peppers with the rice mixture.

After stuffing, sprinkle the optional cheese as a topping. Bake for 30 minutes, by which time the cheese should be bubbling. Allow cooling before you serve. By the way, you can also throw in some frozen corn or minced garlic.

This whole addition of shredded cheese and Worcestershire sauce takes away the authenticity of mahsheee as an authentic Libyan dish. If you want, you can skip out on these and stick to the traditional ingredients for mahshee.

This stuffed bell pepper recipe is a sure way to eat sweet peppers differently. The stuffing is made with a perfect blend of ingredients that can be personalized to your taste. Don’t forget to try stuffing other vegetables—you could even make different kinds of mahshee in one go.