It’s no surprise that many people do not know about moth beans, whose scientific name is vigna aconitifolia. This protein-rich species of bean is commonly found growing in arid or semiarid regions. And it’s primarily consumed by Indians but soon, that’ll change, because moth beans are getting more famous by the day.

Moth beans, like every other kind of beans you know, are known as dahls—dried husked pulses or legumes. Though primarily thought of as belonging to the Maharashtrian cuisine, moth beans are also eaten in Pakistan and in some parts of Africa. Before we go any further, what exactly are moth beans?!

Getting To Know Moth Beans

First of all, they aren’t always referred to as moth beans. Other common names for vigna aconitifolia are matki (especially in India), dew beans, mat beans, and Turkish gram. It is a legume crop that has pods, sprouts, and seeds, not to mention it’s highly rich in protein. These are commonly planted during the rainy season and take about 75 to 90 days to fully mature, or become ripe enough for harvest.

The beans and the sprouts—which arise easily from the seeds—are eaten. The pods, considered vegetables, are also eaten after being boiled, though this is less common. Moth bean seeds have a nutty, sweet flavor and can be prepared split or whole. 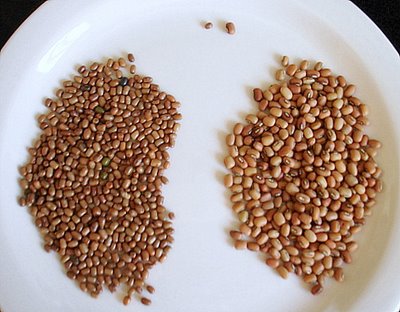 You can choose to cook moth bean seeds or make a fried dish with them, but it’s whole beans all the way for me. An example of a fried dish made from split seeds is dalia. This Indian dish is actually a snack. Most times, the beans are made to sprout before being cooked, especially when making usal, a spicy Indian stew. Cooked moth bean dishes are usually consumed with boiled rice or roti.

Apart from making the spicy usal or other dishes, the beans can be processed into flour and then be used to make more foods, the most common being idli and dosa. The consumption of moth beans is so common in India that it is considered a part of the Maharashtrian cuisine. Sprouted moth beans are extremely easy to make, and the process of sprouting is simple. As such, you should definitely sprout your beans and notice their change in taste.

Lest I forget, the beans are usually soaked before cooking. Most times, they are soaked overnight. The soaking process is done to make the protein easily digestible for the human body. While being soaked in water, the water helps to breakdown the parts in the beans that make them tough for digestion.

How To Sprout Moth Beans

If you’re intending to enjoy the richness of vigna aconitifolia or a matki recipe, then sprouting moth beans is just as essential as having all the ingredients needed for the recipe. While you can easily walk into a grocery store and buy yourself as vast a quantity as you’ll be needing, this isn’t really advisable, except when absolutely necessary.

When considering moth beans nutrition, sprouted matki (or dew beans)  are seen to have more nutrients. Also, they taste sweeter and their texture is a little bit crunchy, making them a better alternative for your salads. If you’re getting sprouted matki from the grocery store, then here are a few things to watch out for: 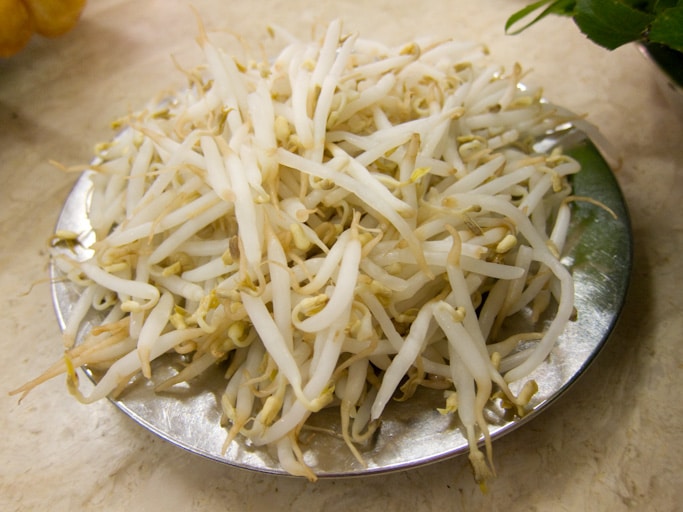 Now, for those of us who want homemade sprouts, let’s get down to it. To sprout the beans, you’ll need the beans (that’s obvious), a strainer, water, a large bowl, and a cloth (muslin cloth, preferably).

First things first—your beans should be carefully separated from any stones, dirt, or pods. After that, a little washing is in order. Then, soak your beans in a large bowl. The water level should rise significantly higher than the level of the beans.

Cover up the bowl and let it sit for 8-10 hours. By the end of that time, the beans should have absorbed the water. After that, drain out the excess water with the strainer. Allow the beans to strain completely before pouring them in a cloth. Tie the cloth to make a knot and keep it ventilated in a cool well  (or cover the cloth with a sieve). Let it sit for no more than 24 hours.

At the end of 24 hours, sprouting will have occurred, and if your cloth is thin enough, you should feel the shoots sticking out. Open up your cloth to use your beans. If you’re not cooking with these immediately, allow them to dry and keep them in a paper-lined, airtight plastic container stored in the refrigerator.

The presence of moisture will make the matki go bad.

Matki will keep for about 11 days if you refrigerate them. To keep them for 3 weeks or more, store in a deep freezer. You can also use your microwave oven to sprout the beans during winter. So, instead of keeping them in a cool place, keep them in your convection microwave at low power for about 24 hours. 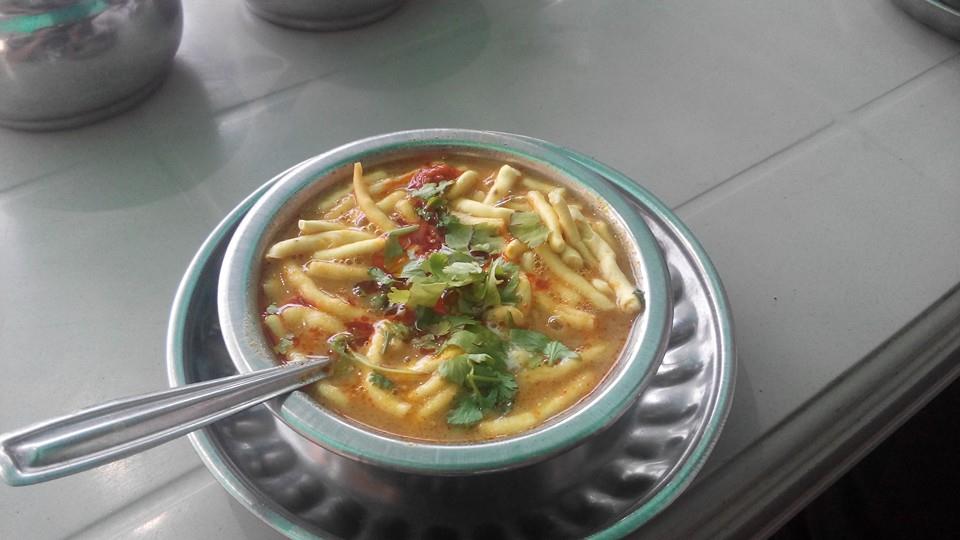 If your beans smell funny after bringing them out (or more likely because you didn’t refrigerate them), you don’t have to throw them out. All you have to do is coat them with salt and then rinse again with cold water to eliminate the smell.

The process of sprouting beans definitely takes more than soaking them overnight and leaving them for a day to two. It requires attention. The sprouts can be blanched, boiled, or parboiled—especially for stir-fry recipes. Common dishes that call for sprouts are usal, which can also be made with whole beans, Misal Pav, which is a combo of bhaji and butter toasted pav, rice dishes, uttapa, upma, and even filling.

There are quite a number of dishes available, and they include a simple matki recipe, matki usal, moth beans curry, and moth bean stir-fry. Some people refer to the following moth beans recipe as matki, while others call it the Indian Dahl or moth bean dahl recipe. The recipe is made with whole bean seeds and can be made with sprouted beans, un-sprouted, or a mix of both!

As a bonus for matki, you can make a puree after seasoning. using complementary herbs and spices.

Aside from their earthy-sweet, nutty flavor, they are packed full of protein, minerals like calcium, and vitamins—more if they’ve sprouted. Moth beans are a perfect source of nutrients for vegans and omnivores alike.

As a rich source of calcium, these are vital for strong healthy bones too. Osteoporosis will be miles away from you! Proteins are necessary for muscle repair, so if you’re looking forward to big, strong muscles, eat some more moth beans.

Because they’re so rich in proteins, they aid your weight loss project while boosting your metabolic weight. They also help you manage stress by supplying you with enough zinc to resolve oxidative stress.

Had a busy day? Eat some vigna aconitifolia. 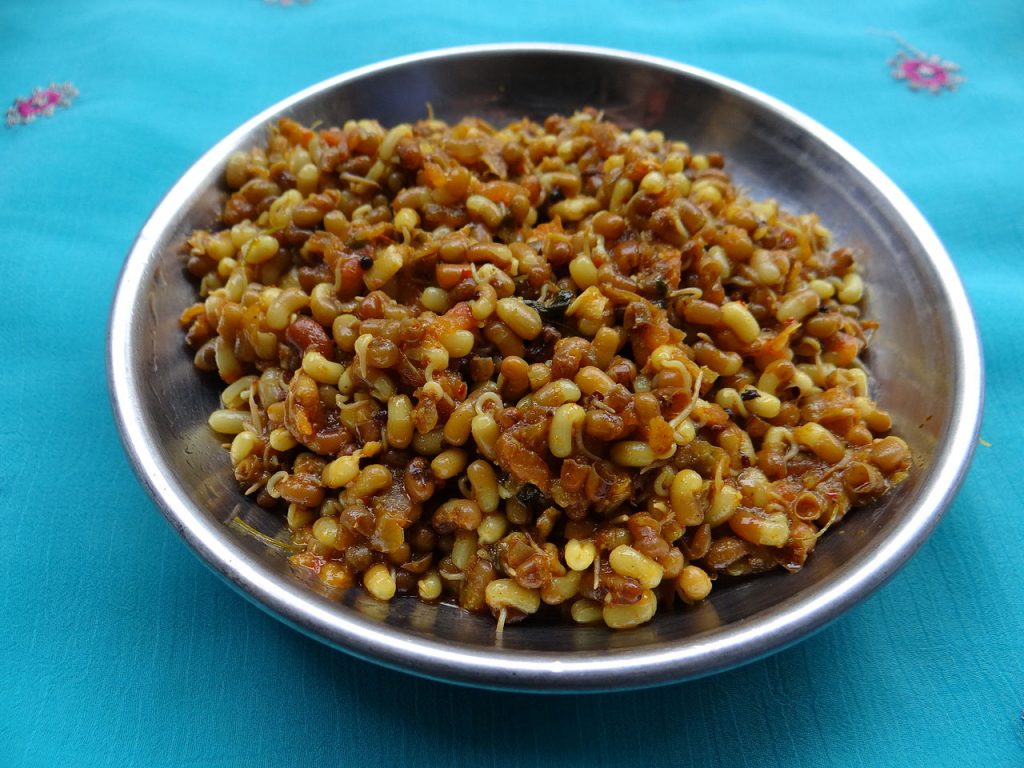 It’s quite possible to be allergic to moth beans, so be careful. You’ll know if it’s something you need to stay off of, and luckily there are other sources of protein, minerals, and vitamins.

Moth beans are processed to have extracted their biologically active components. Moth beans extract serves as a food supplement, and more commonly, it serves as a skincare product for glowing, healthy skin. Matki isn’t just good for your internal system—it’s good for your external appearance as well.

Frankly, we don’t come across good foods every day, and when we do, we want to cling to these discoveries. Moth beans aren’t just nutritious, they are also sweet and perfect for our taste buds. To that, I think we can all say: namaste!