Never will I forget the first time I had mumbo sauce at a carryout in Chicago as the sauce for my fried chicken wings. Disclaimer: I am not making any claims about where the sauce comes from, and I plead objectivity and neutrality. I just happened to have it in Chicago.

In case you’re wondering what I’m talking about, the precise origin of the sauce remains a sore subject to this day. Anyway, no matter. What matters is the sauce itself.

Mumbo sauce was a true delight to discover; if you can imagine discovering a new condiment like ketchup or barbeque sauce, but with a specific sweet and tangy taste, you’re somewhere close to the mark. If you’re nowhere near Chicago, IL or Washington, DC, cities where the sauce is a flagship of local food culture, you can still try this special sauce by means of a recipe.

Don’t fret: you don’t need any unusual ingredients to make this sauce. On the other hand, a standard ingredient list was not enough; I had to try several different methods of making mumbo sauce before figuring out the best one. After this work, here are the fruits of my labor: an amazing mumbo sauce recipe.

For today’s post, I am going to show you everything I gathered in my research on the famous mumbo sauce, from its controversial trademark issue all the way to how I prepared my own special extra tasty mumbo sauce.

Time to find out exactly what is Mumbo Sauce

Similar to a plum or barbecue sauce, or even ketchup, mumbo sauce is a condiment developed in Chicago, IL. I know that I said I wasn’t going to make any stances, but it was important for me to cast a wide net at the beginning so as not to deter any readers. Anyway, mumbo sauce (or mambo sauce as they call it in DC) varies in color from reddish-orange to just plain orange. Mumbo or mambo sauce is actually thinner than your average red barbeque sauce. 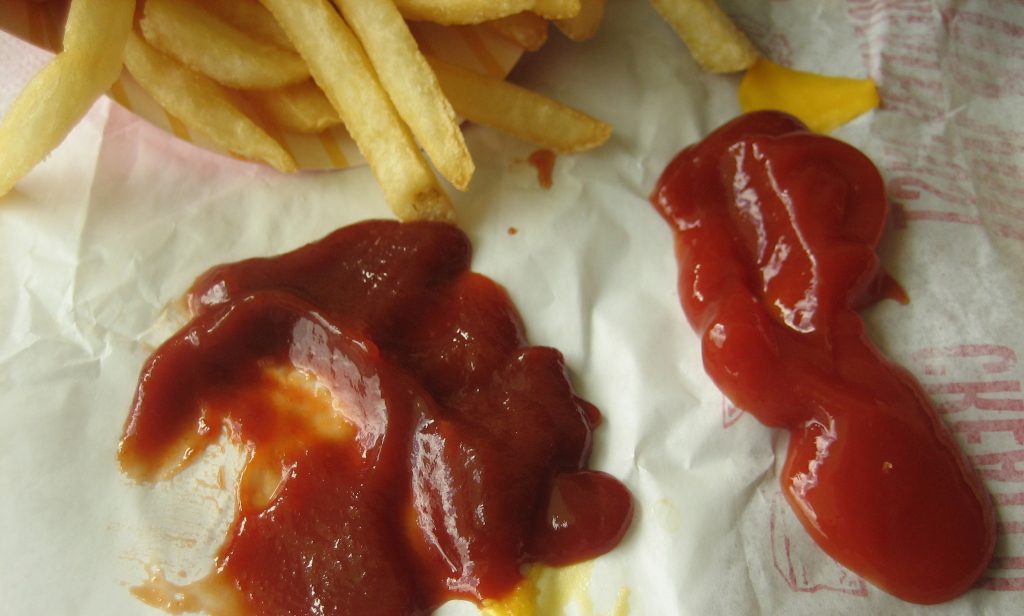 Mumbo sauce also varies in taste and sweetness from place to place; it bears a flavor similar to Chinese sweet and sour sauce in some places, while in other places it has a hot, sweet and spicy taste depending on how and what they used in preparing it. As a matter of fact, I sometimes imagine it to simply be a combination of sweet and sour sauce with a little ketchup added to it.

Red barbecue sauce and sweet sauce are without a doubt made with the same ingredients: tomato paste, sugar and white vinegar. While red sauce plays a major role in normal American red sauces, the vinegar and sugar, on the other hand, play a minor role. For the mumbo sauce, it is the other way around: the tomato paste plays the minor role while the sugar and vinegar play the major role.

It is usually applied to French fries, fried chicken wings, fried rice and fried shrimp, marinade, egg rolls, barbecue sandwich and almost anything fried you can think of. Heck, you can even try it on pizza.

Some people prefer honey for the fried chicken and fish (especially people in the deep south of DC), but I particularly find to be too sweet. However, because of the vinegar in the mumbo sauce, the story is different; the vinegar practically sinks through the fries, giving them quite a unique taste that is spicy and not too sweet.

The Genesis of The Mumbo Sauce 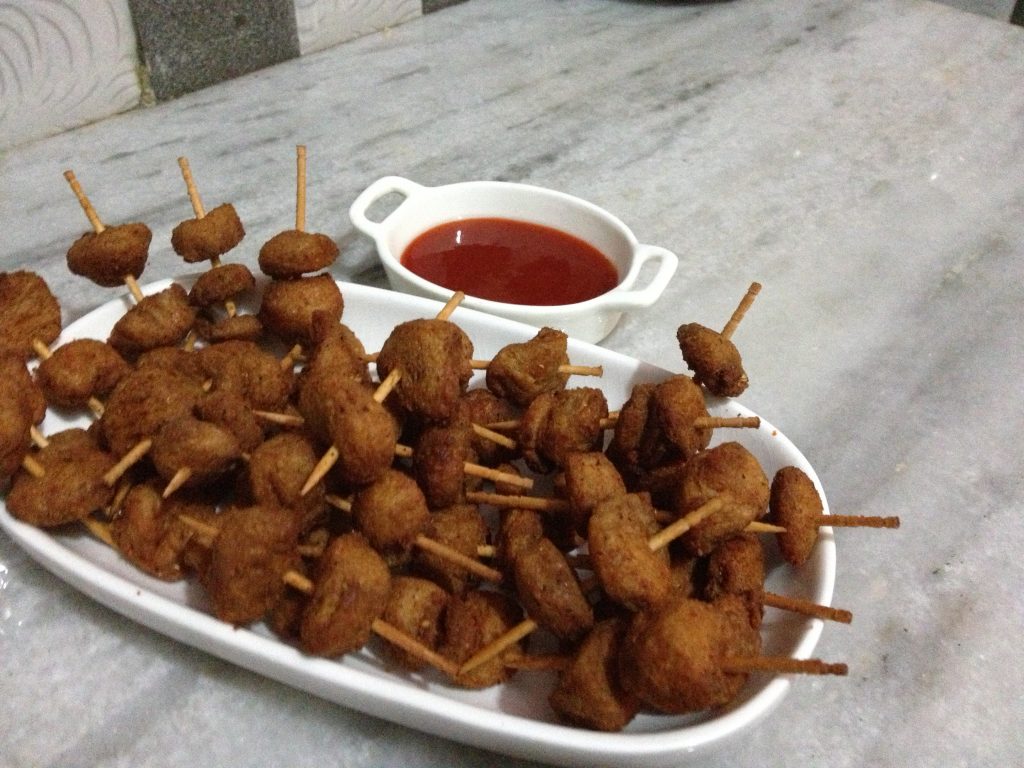 The origin and ingredients of the mumbo sauce have always been a subject of great dispute as no one really knows the specific ingredients of the sauce. But according to the findings from my research, it is said that the mumbo sauce originated in the southside of Chicago in the early 1950s by an African-American man named Argia B. Collins. There is no way you can read about mumbo sauce without coming across the name Argia B. Collins time and time again, as he is the supposed founder of mumbo sauce.

Argia B. Collins was an African-American from Indianola, Mississippi. He was part of the post-World War 2 movement from the agricultural south to the industrial north, hailing from the Delta area of Northwest Mississippi and ending up in Chicago. In the early 1950s, Collins opened his first restaurant (Argia B’s Bar B-Q) on Forestville and 47th in 1957.

It was here that Collins first concocted the famous Argia B’s Mumbo Bar-B-sauce. At that time, the locals thought of it as quite mild, so spicy was the sauce they were used to. In addition to the amazing ribs the restaurant was known for, they also made fried chicken wings, shrimps, fish, and fries all drizzled with the mumbo sauce.

Collins became so popular that he later went on to open 5 more restaurants, eventually bottling the sauce as a commercial product. Argia B. died in 2003, but he remains a beloved historical figure; his famous barbeque was a frequent source of nourishment for a very young Rev. Jesse Jackson during his involvement in the civil rights struggle in the 1960s.

The mild sauce also became very popular at other fried chicken and BBQ joints in Chicago and can still be found in a few restaurants as of now, most prominently in the African-American neighborhoods of the south side. How the sauce got to the Chinese restaurants and fried-chicken takeouts in DC to the extent that they were actually laying claim to the origin of the sauce is a question that no one has been able to answer.

We can assume, though, that someone bought a bottle of the Argia B’s Mumbo Bar-B-Q sauce and used it on carryout fries or fried chicken wings, just like I did, and eventually took the sauce with them to DC. Some have postulated that the sauce made it to DC by way of a Chinese restaurant cook. 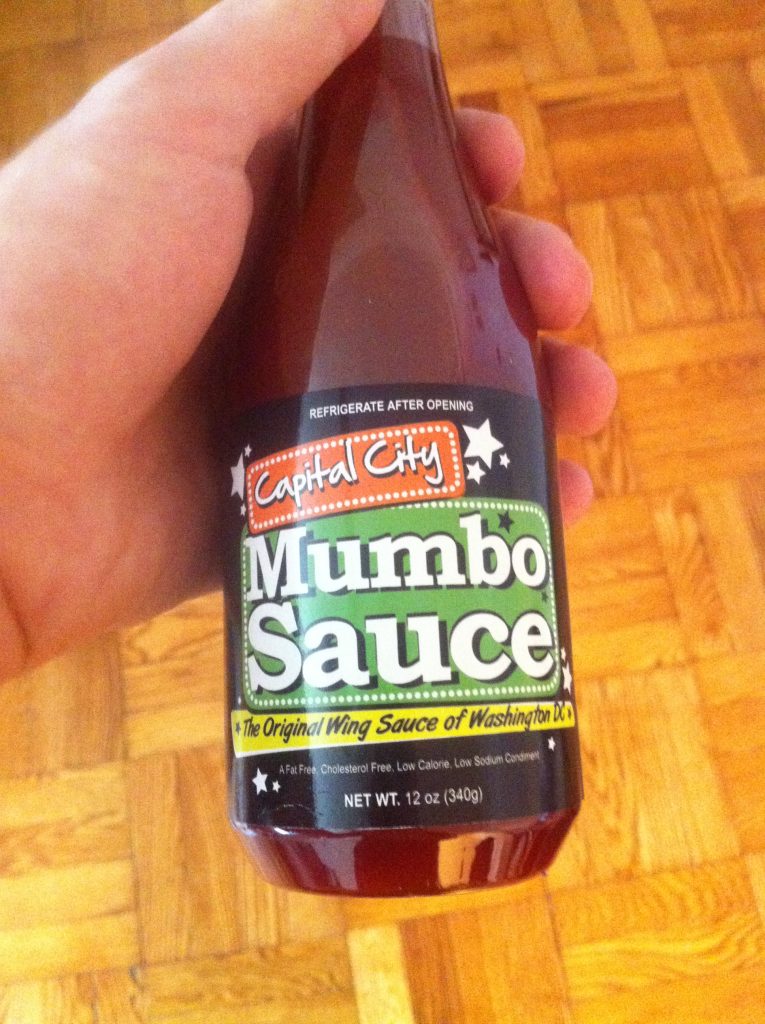 Whichever way it got to DC, though, the only thing we know for sure is that, when Argia B. first introduced his condiment, something similar to the mumbo sauce started showing up in DC as well. And while the story of mumbo sauce’s origin could have ended this way, it didn’t.

Enough with the history lesson. Let’s look at ways we can actually make the mumbo.

How to Make Mumbo Sauce – The best recipe!

Making your own homemade mumbo sauce is quite easy; it’s just a matter of mixing the right ingredients together and heating it ’til it thickens, and voilà: mumbo sauce.

Ten restaurants or joints making mumbo will probably result in nine different outcomes, as every carryout and restaurant make slight adjustments to mumbo sauce ingredients, depending on what their customers like or what their main entrées are.

All the more reason you should make yours. 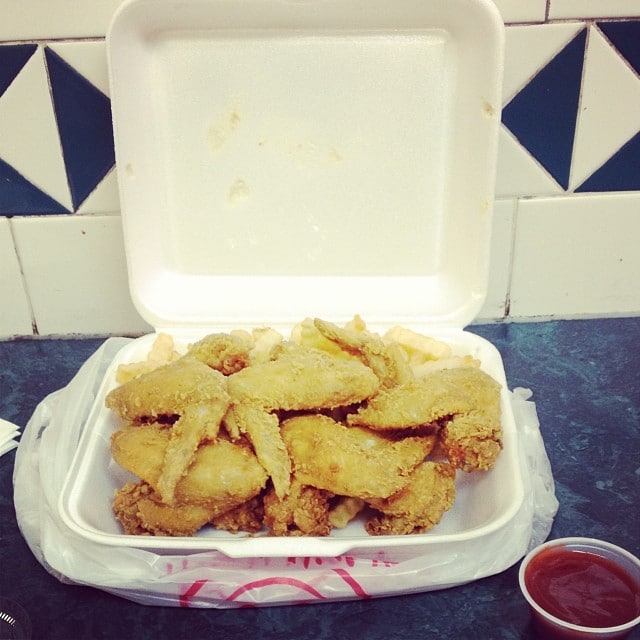 I’ll let you in on a little secret. I have tasted some of the best mumbo sauce in both Chicago and DC, and I have since set out to create the ultimate version, the one with the best features of them all. As previously mentioned, mumbo sauce doesn’t have any recipe set in stone, so for the purposes of this post, I will use the following ingredients. Even these can vary, though, as I like to experiment a lot.

I usually try this recipe on my fried chicken wings — one of my all-time favorite things to eat. I’ve also done it with shrimp, grilled sweet and sour pork, barbeque ribs and pulled pork. 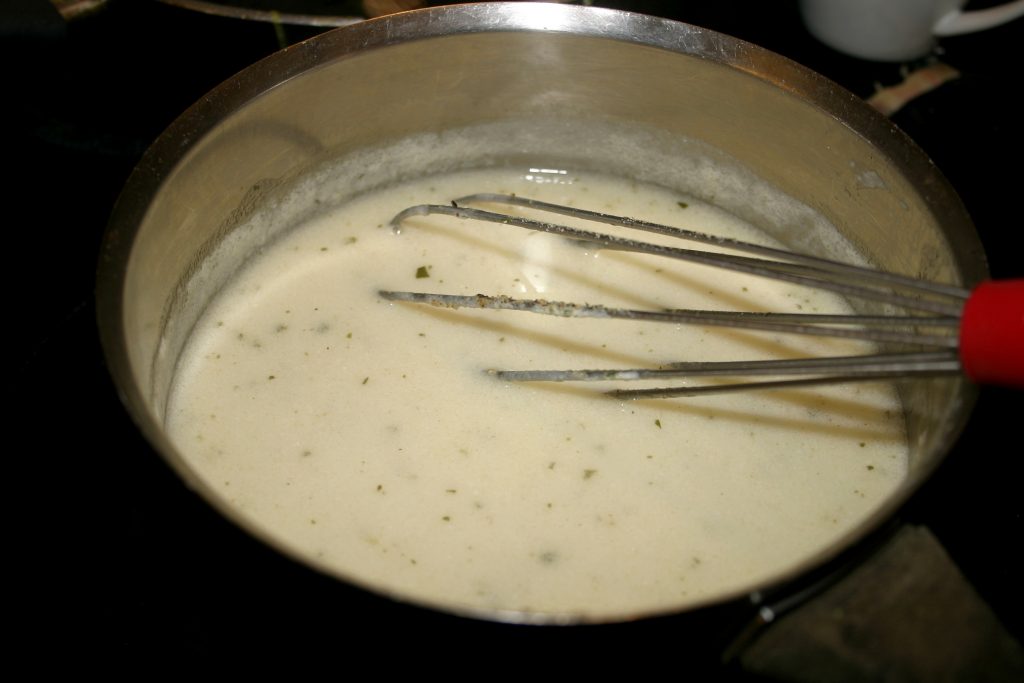 The first step is to make cornstarch slurry. Mix cornstarch with some water in a clean medium-sized bowl and set aside. Cornstarch makes the sauce nice and thick.

The second step is to mix in another medium bowl the rest of the ingredients: white vinegar, soy sauce, ground ginger, pineapple juice, sriracha, cayenne pepper, sugar and water.

Thoroughly and gently transfer the mixed ingredients to a saucepan over medium heat and allow to boil for a little while and then add your slurry cornstarch. Stir occasionally until it thickens, or about 15 minutes, and remove from heat. Use immediately or store in an airtight container in a refrigerator for two weeks or more.

Note: The pineapple juice gives the sauce its fruity flavor while the tomato paste provides the reddish-orange color. The slurry cornstarch aids in thickening the sauce, so you can adjust the quantity of water used in mixing up the cornstarch – your adjustment depends on if you want a thicker or less thick mixture. 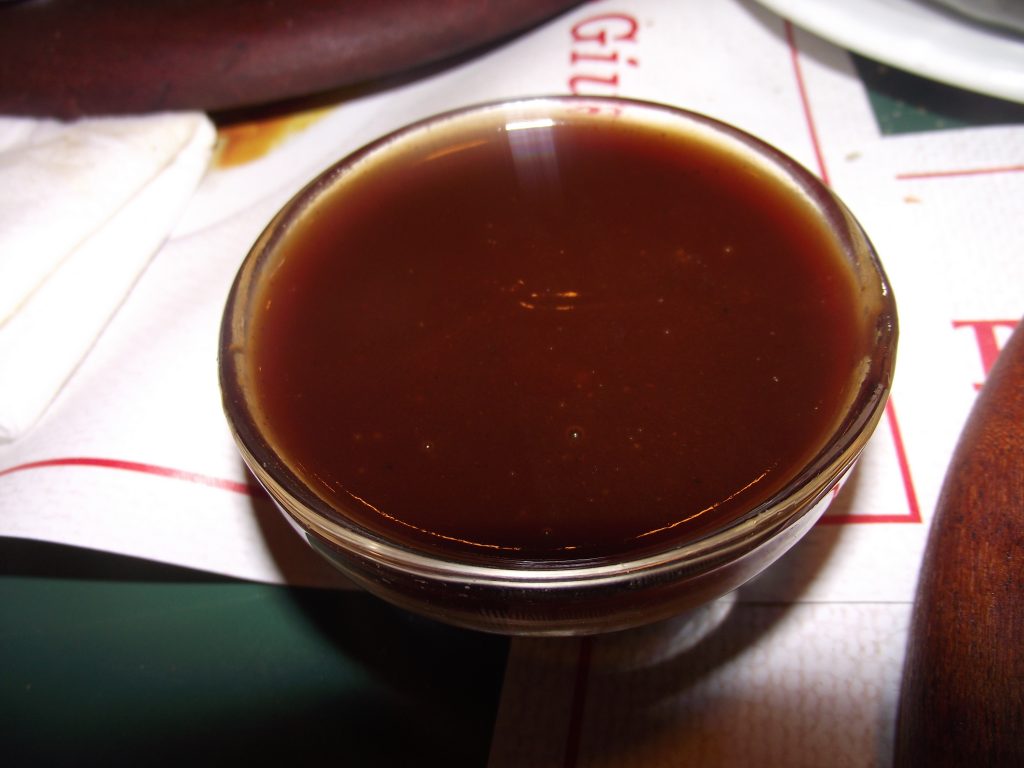 As for the tomato paste, you can use ketchup in place of it if you want to add extra sweetness. For the hot sauce, I use Sriracha, though some prefer Tabasco sauce. Feel free to use whatever you like and add any amount you like depending on how hot you like your sauce; mumbo sauce’s main purpose is to add just a little background heat.

You’ll find the combo of chicken and mumbo sauce delightful to your tasted buds. Give it a try!

Other popular variations of the mumbo sauce

One very popular variation of the mumbo sauce is the Chinese mumbo. The preparation and ingredients are largely the same as in the original mumbo sauce recipe except for the addition of lemon juice, ketchup and honey.

Preparing Chinese mumbo sauce is a cinch; all you need is to add your lemon juice, honey and ketchup to the other mumbo sauce ingredients (including the tomato paste, ground ginger, soy sauce, pineapple juice, white vinegar and sugar), mix thoroughly in a bowl and then transfer to a sauce pan placed over medium-high heat. 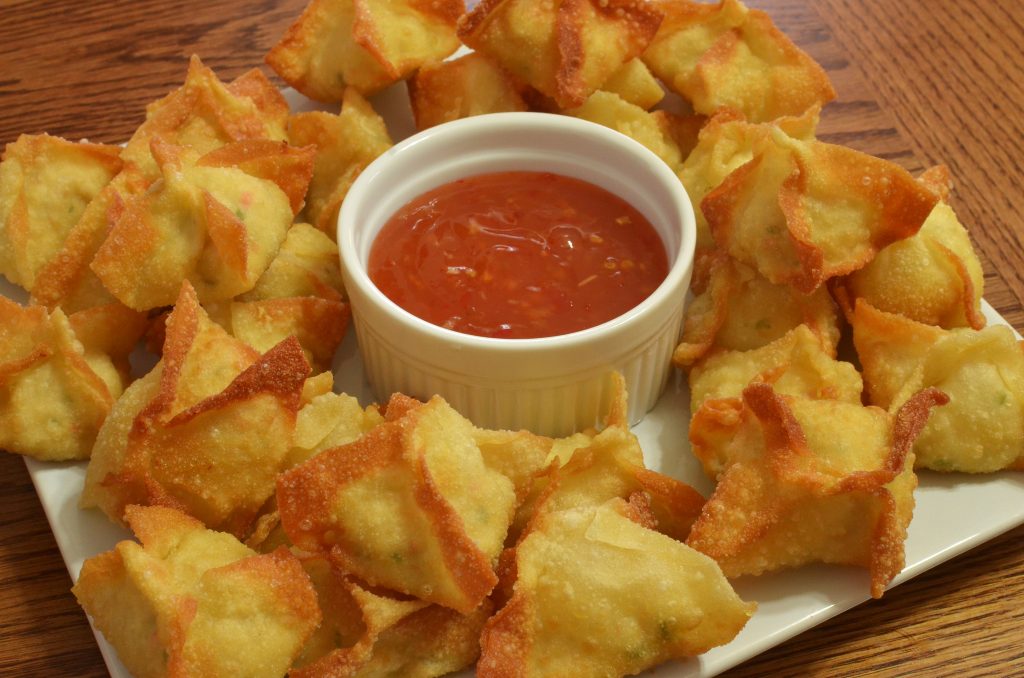 Reduce heat to medium-low as soon the mixture begins to bubble and occasionally stir until mixture thickens. Allow to cook for 10 minutes, remove the sauce pan, turn off the heat and allow to cool for another 10 minutes and pass sauce through a fine strainer to remove any chunks.

Note: for the Chinese mumbo sauce, corn starch slurry was not used. It just goes to show you how much this sauce can vary; there’s no need to add corn starch to your list of ingredients if you don’t want it.

There’s also Capital City mumbo sauce, distinguished by the addition of whiskey. Then there’s the Kens mumbo sauce, popularly found in various Chinese takeouts in DC. For the purposes of this post, we’ll cap it off there, but suffice it to say, the variations just keep on going after that.

Not your typical barbeque sauce, mumbo sauce is truly its own thing. Once you have a taste, it practically leaves you begging for more. The storied history makes it a truly American invention, as well, and it’s something we can all share whether you’re from Chicago or Washington, DC.

While you should absolutely go out and try it at the first opportunity, don’t stop there. With this mumbo sauce recipe, you have now been given the tools to make it yourself, and perhaps even come up with something better than what’s in the bottle. 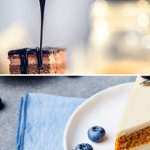 How to make a two-tiered cake in 8 easy steps 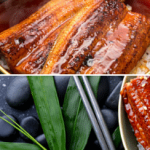 Unagi Don: Best Use For Seafood!