Ancient bread goes back in human history as far as 8,000 years, with the difference between naan and pita helping them both survive through the ages due to their relative advantages. They have remained an essential element in family meals across all cultures, even in modern times.

Both healthy and nutritious, naan and pita bread have been associated with man’s well-being, religious worship, and overall survival.

Which is better bread naan or pita? I have to concede that the Greeks have perfected bread with their pita bread, and without their influence, bread would simply not be bread. However, I prefer naan bread due to its taste and flexibility to be changed and adapted into other fantastic meals. As you survey the differences and similarities between Naan vs. Pita, their taste, and ease of use in various meals, which do you prefer?

Flatbreads are a type of leavened bread that is lighter and more basic than most other bread. They all commonly are made with simple ingredients such as flour, water, and salt and are rolled or flattened to less than a few centimeters in thickness.

Flatbreads are easy to prepare and can be fried in a pan, grilled outdoors, or baked. They are best eaten when fresh but can be frozen and reheated or packaged and stored for several days. While there are many types of flatbreads, the two most popular are the sweet and soft naan bread and the light and fresh pita bread.

This flatbread originates from Persia and was cooked on hot stones around a campfire. This cooking technique was then introduced into India. An oven called a “Tandoor” was used for preparing the naan. The bread was laid down along the inside top of the oven. 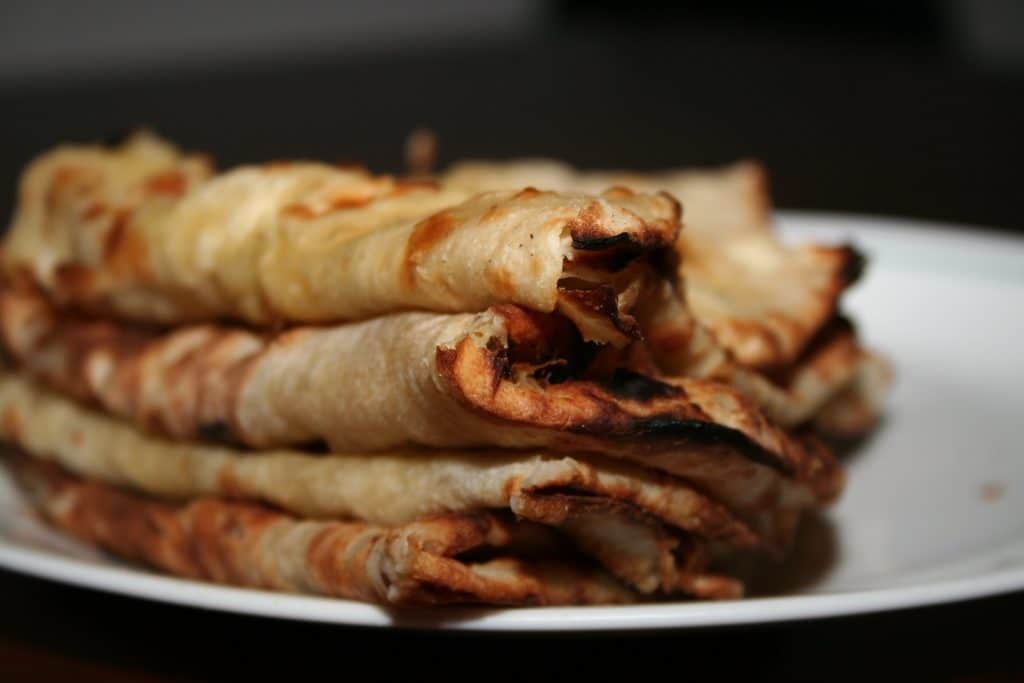 The tandoor is very efficient in cooking naan due to its consistent and cheap high heat. Most people now do not have access to a tandoor oven, so cooking naan on top of a pizza stone in an oven is a good alternative.

Naan bread is bubbly, fluffy, and oval-shaped, unlike pita bread. Many people have deemed naan bread healthy because the recipes often include yogurt unlike other flatbreads or breads in general. Naan bread nutrition is different than that of pita bread as naan bread has more salt and sugar than pita.

As naan bread can be prepared easily at home, it is a great healthy choice as opposed to other store-bought breads which contain many unhealthy chemicals and preservatives.

I have recently discovered how wonderful it is to use naan bread as a pizza crust. Preparing the naan bread a day before and then topping it with different fresh pizza ingredients is my favorite way to eat naan.

With naan bread, it is hard to eat just one. Usually, it is served hot and topped with brushed butter. It is a side item that is used to sop or scoop other foods, especially hummus. And it can be made with white or whole wheat flour. 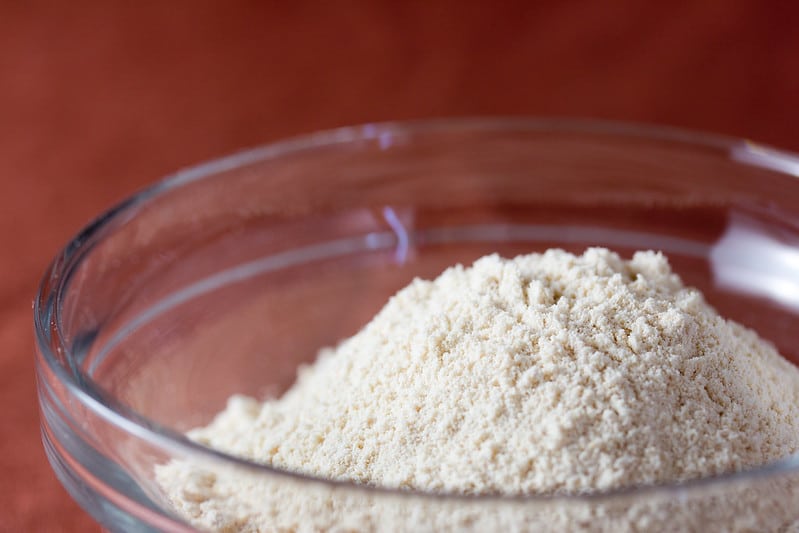 NOTE: Each delicious naan bread should take 4 minutes to cook, so cooking time, if done one by one, could take as long as 40 – 50 minutes.

Pita bread is best recognized as the middle eastern flatbread. It is also the oldest flatbread. It is perfectly circular and distinguished by its bread pocket, which makes it perfect for sandwiches and other meals on the go. The pita is the ideal bread to eat with your hands as everything stays inside the bread effortlessly.

Pita bread is much more ancient than naan bread and has the least amount of ingredients. You can also prepare it much quicker. Compared to naan bread, pita is drier and tighter, but once cut in half its usefulness is evident as its pocket allows for all types of delicious stuffing.

My favorite being a Greek salad stuffed pita. 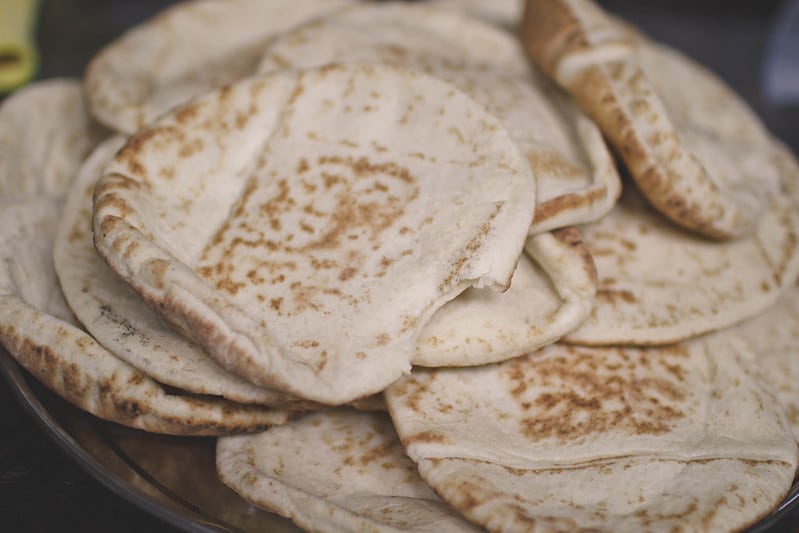 Salads are a bit tricky to eat when you are on the go with a busy schedule, but salad pitas solve that issue nicely. For those who would like a change from standard pita bread, a good pita bread substitute is the Mexican gordita, a corn-based bread. Leftovers like a hearty beef stew or cooked beans are marvelous stuffing for gorditas.

Use my pita recipe as an excellent weekend food prep project for delicious pitas throughout the week.

NOTE: If the pita bread does not puff, that means the oven was not hot enough. Make sure the oven and the baking stone or baking sheets are very hot before putting in pitas.

The ancient battle of naan vs. pita, and of which is the better flatbread, continues. Their differences are quite distinct, as are the similarities. Each flatbread has a different character and richness. You can recognize in both a different taste, touch, appearance, and aroma.

Both of these breads can be used in many different recipes, as well as served as both main dishes and side items. While the most popular way of eating the flatbreads is scooping them into dips accompanying enjoyable Greek and Indian cuisine, the bread can be eaten alone when brushed with butter or oil and herbs.

Each person’s preference for their favorite is personal and hard to predict, but it’s certain that both flatbreads will continue to win hearts and be an essential part of family meals across all cultures well into the future. 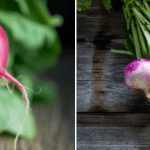 Turnip vs Radish • What is The Difference? 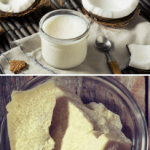 Get to Know all the Great Cocoa Butter Substitutes and their Many Uses!