To me, steak is the quintessential American food. There’s nothing that reminds me of home more than a well-marbled piece of beef that’s been nicely warmed up on the inside with a crisp, browned exterior. While steak can offer an opportunity for a chef to showcase his or her skills, I think that the best way to prepare a steak is to simply let it showcase its incredible natural flavor.

This means that it’s extra important that you choose the right cut of beef. More complex dishes allow you to disguise low-quality ingredients with flavors, sauces, and preparation techniques. Steak allows for no such deception. If you want to showcase the flavor of your steak, you have to have a high-quality cut that’s got all of the right attributes.

Here’s a quick rundown on some of the best cuts of steak and how they differ from each other.

Where Is A New York Steak Cut From?

New York strip steak is cut from the upper sirloin on a cow. This is the area behind the ribs, about halfway back from the snout.

What Is Sirloin, Anyway? 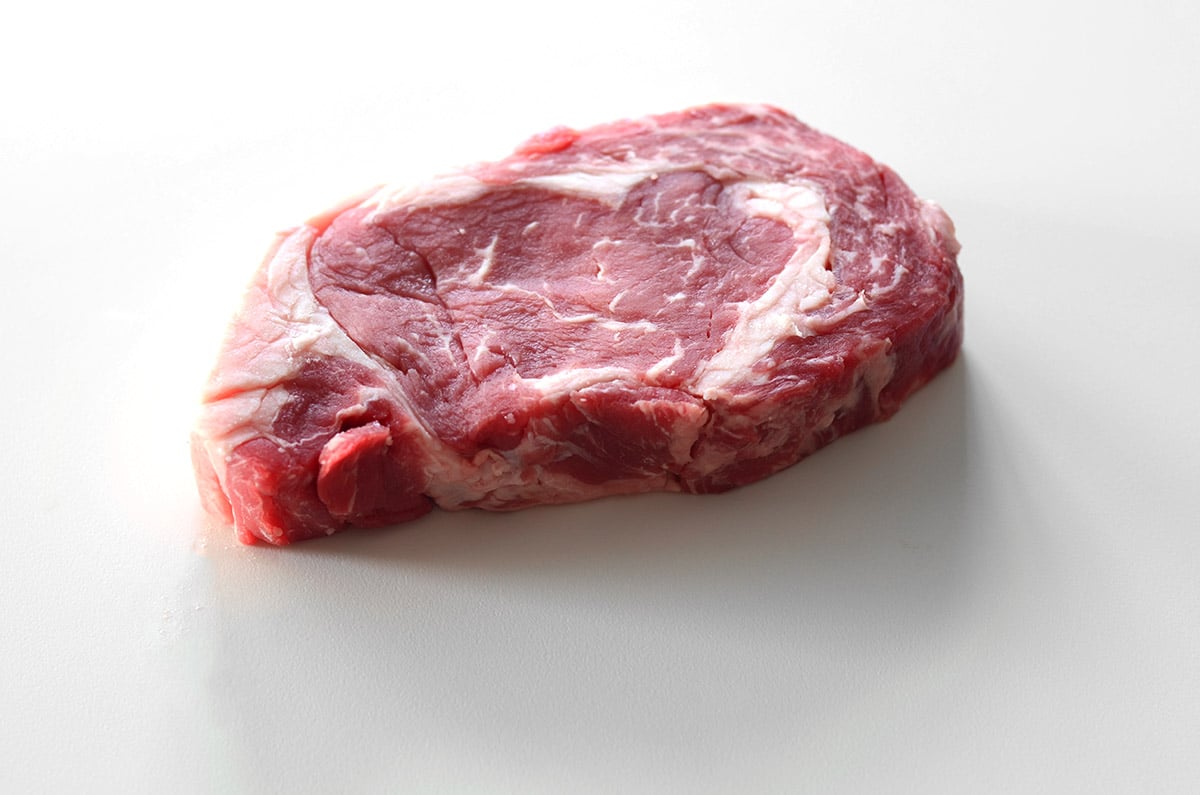 “Loin” is an anatomical term that refers to the area between the ribs and the pelvis. Confusingly, we use the term somewhat differently when we talk about humans. While “loins” might mean genitals when we discuss a “loincloth,” it very much does not mean that when we talk about beef. Instead, it means meat that’s in between the last rib and the hips.

The “sirloin” area is the back portion of the loins. In the US meat market, the “sirloin” is divided into two parts: the “top sirloin,” which is more tender and more expensive, and the “bottom sirloin,” which is bigger and tends to be less expensive. They’re named after where they appear within the sirloin: the top sirloin is at the top of the cow, while the bottom sirloin is at the bottom.

A New York strip steak is a particular cut of sirloin. It’s usually a boneless section that’s cut from the top sirloin, meaning it’s extra tender and tasty. You can also find bone-in New York steaks that are prepared before the bone is removed. This gives a little bit of extra meaty flavor to the steak that you would otherwise miss. A bone-in strip steak is often called a Kansas City steak.

Strip steaks almost always come from the short loin, which is the front part of the sirloin. This area of the cow is especially tender and gives you the most delicious meat. 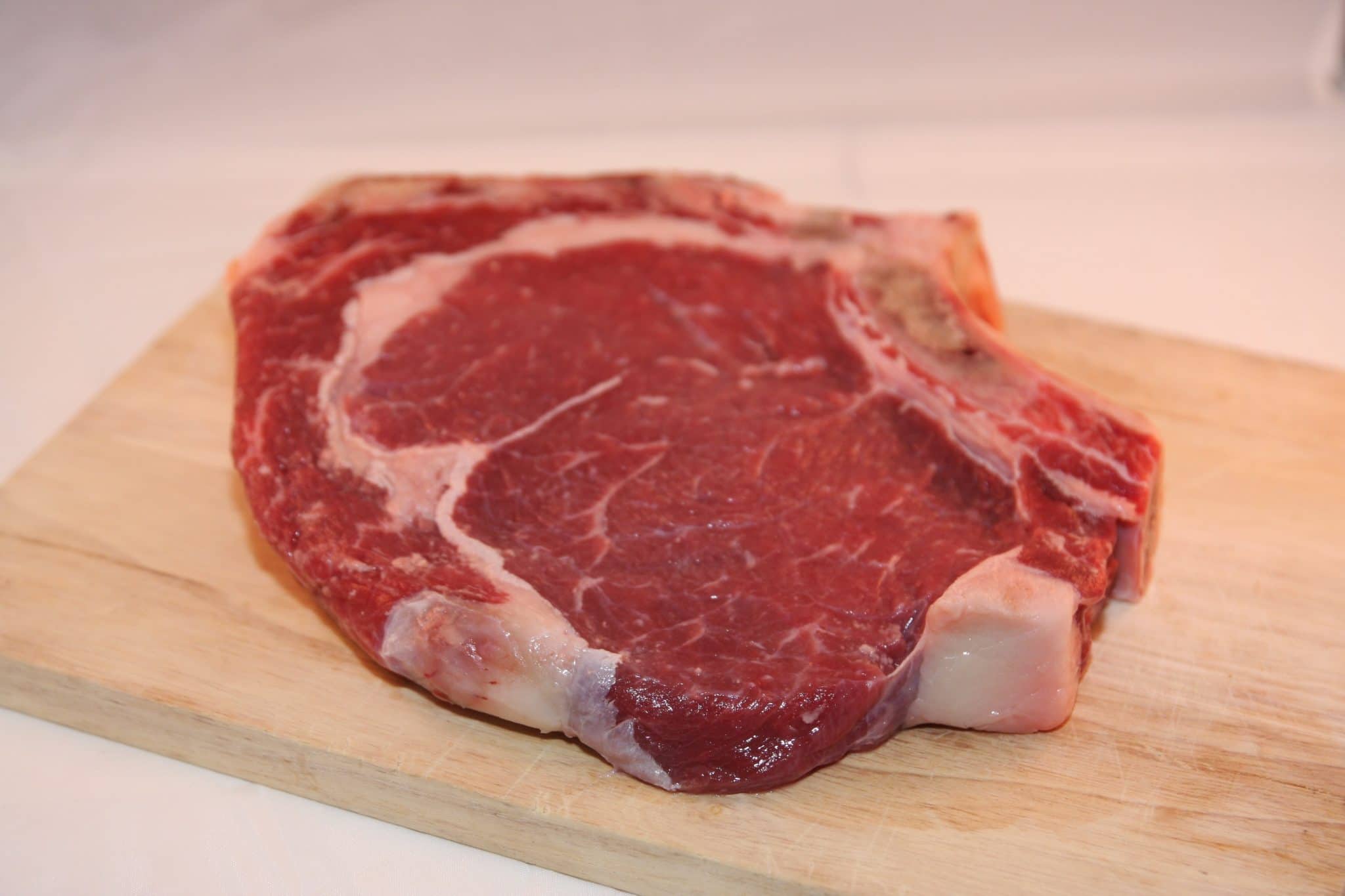 Ribeye steaks, while delicious, do not come from the loins of a cow. As you might have guessed from the name, ribeye steaks come from the rib area instead. In the US, they’re often sold with the bones totally removed. In other portions of the world, however, ribeye steaks often come with bones still attached.

While New York strips are a pretty well-defined cut, there’s a lot of variations between different kinds of ribeye. Be sure to carefully examine any ribeye steaks you plan to buy and make sure there’s plenty of marbling. There’s a lot of meat in the rib section of a cow, meaning that butchers have a lot of leeway with what they call ribeye.

What Is A Shell Steak?

“Shell steak” is another word for “strip steak,” which refers to the short loin of a cow. Again, this is the front part of the loins, or the section just behind the ribs. New York strip steaks, Kansas City steaks, and other strip steak cuts are all shell steaks. These are all just different words for the same thing.

Admittedly, however, there are some variations between shell steak cuts. Most of these variations tend to deal with how much bone you leave in the meat before you cook it. New York strip steaks are usually boneless, while Kansas City steaks are bone-in.

A T-bone steak has both a section of sirloin and a bit of tenderloin that are attached by a big bone that looks like a “T.” One side of a T-bone steak is essentially the same as a New York strip steak, while the other side is a tender, low-fat cut that’s very fun to cook and eat.

What Should I Look For In A New York Strip Steak? 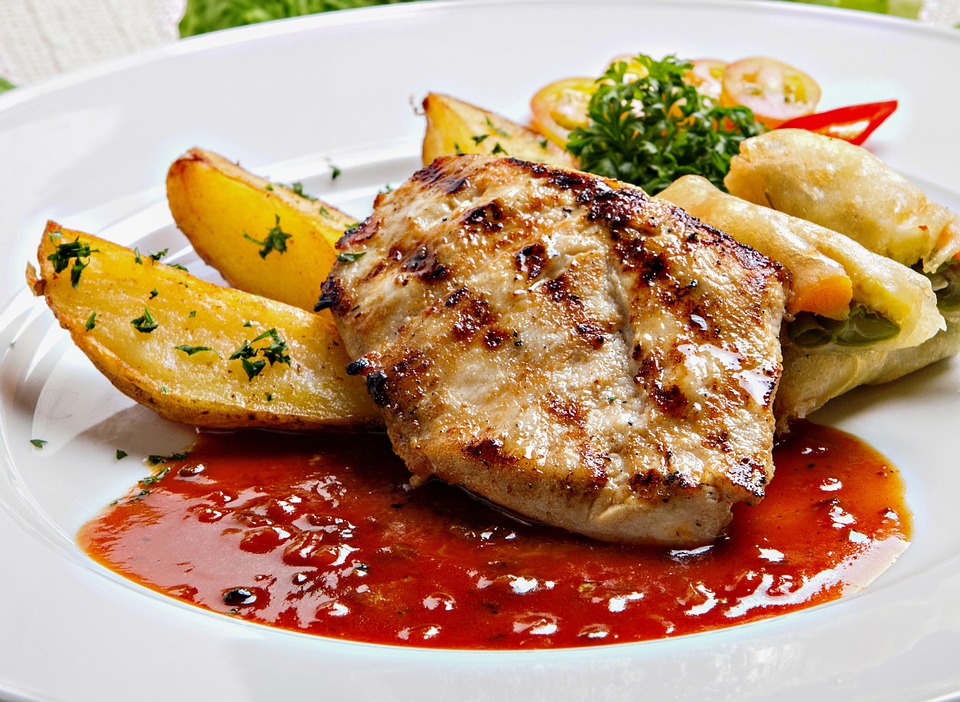 is all about maximizing flavor while minimizing effort. Strip steaks do a great job of managing this balance for you. They’ve got lots of natural marbling, which is a term that refers to white streaks of fat mixed in with the meat. Despite this, they don’t have lots of gristle or big chunks of fat that you’ll have to trim off before you serve them.

When you’re examining a steak at the market, the first thing you’ll want to look at is the marbling. The finest steaks will have an even pattern of white flecks mixed all throughout, while cheaper cuts will be a more even red. The more fat is mixed in with the meat, the more flavor you’ll get.

New York strip steaks are a particular type of sirloin cut. They’re cut from the front of the loins from an area called the short loin. This area is particularly tender and flavorful, meaning that New York strips are some of the tastiest steaks you can find. Still, there’s nothing wrong with eating a less expensive cut of sirloin every once in a while, too. Both “regular” sirloin and top sirloin are pretty similar to New York strips in both quality, taste, and even location on the cow.

The bottom line? New York strips are always sirloin, but sirloin isn’t always a New York strip. The difference is geographical. Since the sirloin is a bigger region than the strip loin, it’s a broader category that contains more than 1 cut of meat. There are something like 11 different types of sirloin steak, all of which are delicious.

Now that you know what separates various cuts of steak, you’ll be able to choose the right type for your cooking. I personally love to use cheaper sirloin cuts for experimentation. Once I’m confident in a recipe or new technique, I’ll move on to a more expensive cut like a New York strip. This lets me take more risks and find out what works and what doesn’t without spending quite as much money. Since the cuts are all pretty similar, it’s easy to apply the things I’ve learned to a more expensive New York strip. 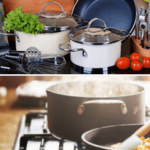 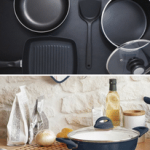