A favorite traditional Japanese dish made from sweet rice fashioned into balls of sticky rice is known as Japanese ohagi . It is also known by the name botamochi and are a type of sweet rice balls. The rice is made from both Japanese and glutinous rice. These particular types of rice are quite versatile and can be cooked with a variety of methods and will still turn out as expected. In addition to the rice, red bean paste or azuki is fashioned in a layer around the rice balls.

These treats can be found seasonally in the fall and spring.

This classic dish is a favorite Japanese sweet treat that is thought of as comfort food. One of the best aspects of this dessert is its simplicity and diversity. It is open to interpretation, though there is generally a specific handful of recipes that people tend to stick with. Just like other recipes all over the world, this one differs from one kitchen to the next. Keep reading as I explain the basic concept of this time-honored dish as well as the many variations and uses. 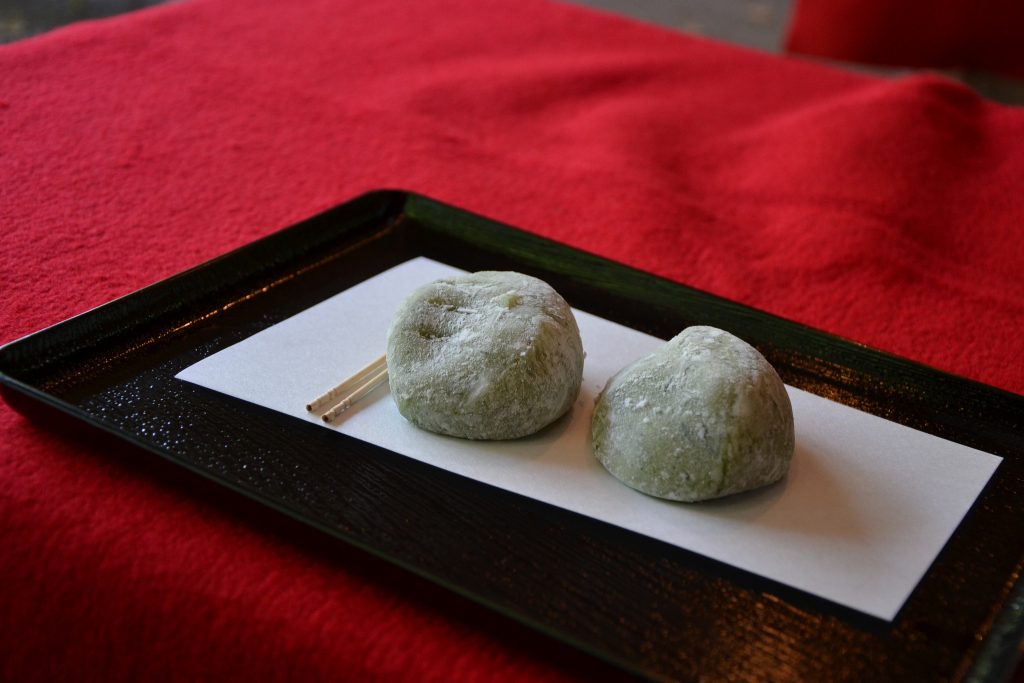 As previously mentioned, the sticky sweet rice balls recipe relies on a special rice that is used to make this dish and is also called glutinous rice or mocha. The rice is different than most rice versions seen in the United States. This particular type is quite opaque and is smaller and appears to look like a seed or small pasta like orzo. When cooked properly this rice tends to stick together more than the common variety we see in stores. If you are looking for this type of rice and can’t find it in your local grocery store, I suggest trying an Asian grocery store. Do not try to execute this recipe without this specific variety of rice because it won’t turn out.

The second part of this recipe requires a coating of adzuki bean paste. This paste can either be made or store bought. Either version is fine, but most prefer to use the store-bought to save time. Adzuki beans taste is also called red being jam. Preparing the jam itself is easy. You begin, simply by boiling the red beans and then mashing them into a paste and adding honey and sugar. If you plan on making additional Japanese desserts you may want to make extra to use as filling.

It is important to mention that the method used to shape the balls of rice is important. There are other versions of rice desserts with different names which are distinguished pacifically by the way in which the rice balls are fashioned by hand. The alternative method of shaping a sticky rice dessert is to shape it as a rice cake which is known as omochi. In addition, the rice is mashed together quite well when used in the recipe. The omochi recipe calls for the rice cake to be shaped with a less firm touch. 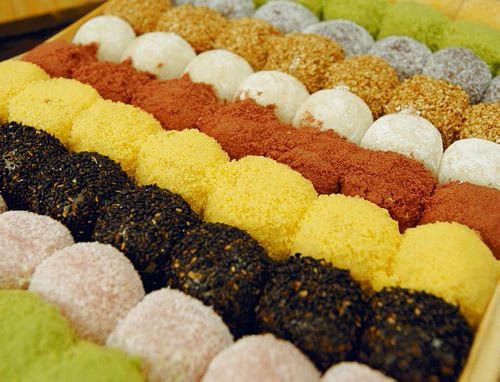 Traditionally, it is made with a coating of red bean jam. This particular preparation is known as Anko. In addition to this classic favorite, there are also other recipes which call for other ingredients to coat the outside of the glutinous rice ball. For example, a common alternate preparation involves the use of soybean flour.

This type is known as Kinako.

This version is known as Kurumi.

These are not the only variety of ohagi. Many other ingredients can be used as a coating on the sweet rice ball to make a unique and flavorful Japanese dessert. For instance, matcha green tea powder can be used as a coating and so can sesame seeds. Anyone who is attempting to make this dish should consider using some alternative version in addition to the original.

One recipe may not impress you, but with a different coating, this fun and traditional Japanese sweet may very well win you over. I personally prefer the Kurumi because it has an interesting texture and is somewhat of a familiar flavor to me. Keep in mind that one of the things that make this dish so desirable is its sticky, yet soft texture. It is not meant to fall apart and crumble, but rather stick together in a mass without the presence of hard grains of rice.

Of course, there is also another method of making ohagi in which the red bean jam is used to fill the inside of a rice ball. This method may prove to be more tricky than the original version because the rice ball must be shaped to have a hollow center and remain in its form. Using this technique would require some practice first before making the ideal presentation. As I previously stated, there are plenty of ways to make this dish and people across Japan has perfected their own special technique. 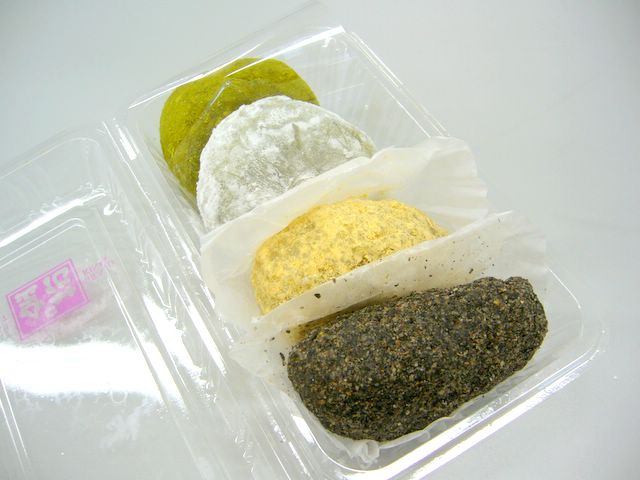 There are also other ingredients that can be used to fill the inside of a rice ball, but these recipes would need to be altered to make a dense filling that would support the rice coating and would not leak out. It is implied that the red bean jam would be dense and not runny because it would need to stick to the outside of the rice ball so if the inverted technique is used, it would also need to be the same consistency to work.

Creating the right textures and flavor may seem like a challenge when creating one of the dishes, but this is part of the fun of creating your sweet rice ball dessert. Feel free to use whichever traditional recipes, or variations thereof, that you feel you would like. You can even add some special ingredients of your own to create your own unique recipe. The beauty of this dessert is that it is flexible and open to interpretations.

Ohagi isn’t difficult to make. The hardest part is cooking and shaping the rice. Even those who wish to make the adzuki bean jam should know that the process is quite simple and doesn’t require excessive amounts of time to execute.

The most time-consuming part would be cooking the beans until they are tender. Before tackling any of the other ingredients in the recipe and any of these other variations mentioned, perfect the art of cooking and preparing the rice properly according to the specific style and season. The following recipe is pretty basic, but it gives enough information to produce the essential parts of the dish and can be altered to fit individual tastes. 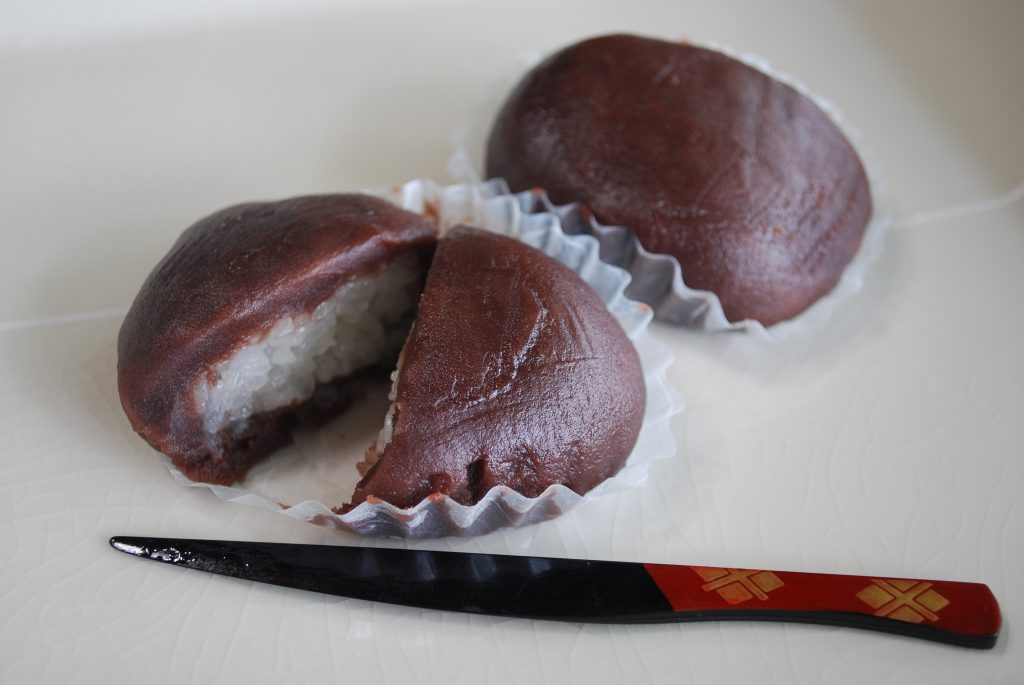 A simple recipe for ohagi:

There are some slightly different versions available on the internet, but essentially they are all basically a few simple ingredients. Most important of all is the rice. It is important to cook the rice properly in order for the mixture to stick together and not be crunchy or fall apart after sitting.

Ohagi and Botamochi for Special Occasions 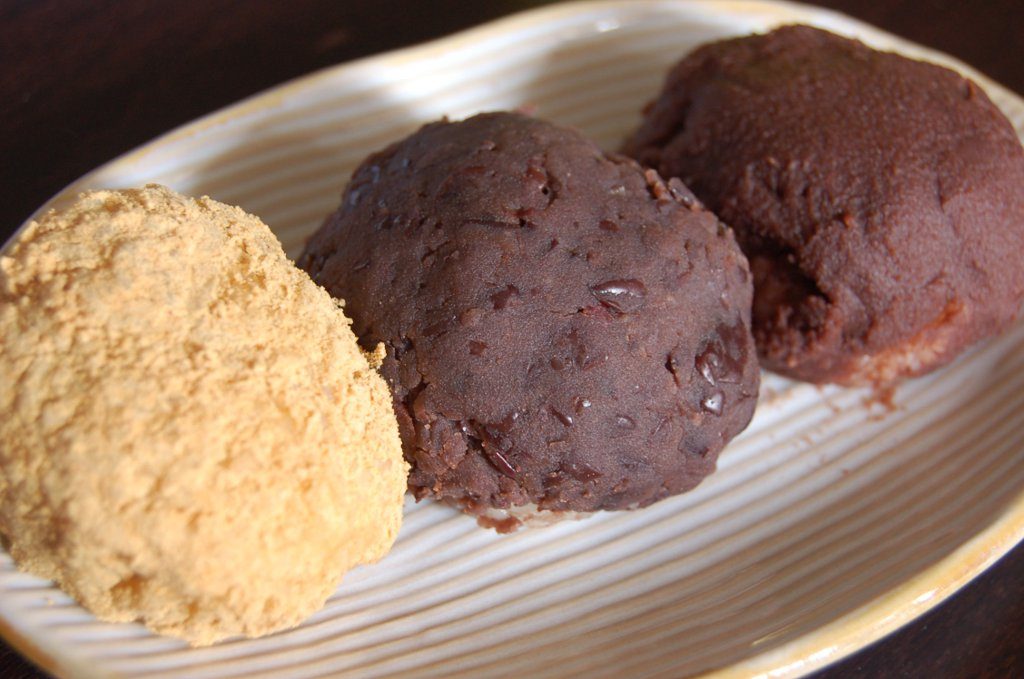 In Japan sweet rice balls are considered the perfect food for a variety of special occasions. In the past, these desserts were used to honor guests, celebrate special events, and for family gatherings. One notable feature of the method used traditionally is that each household will prepare their recipe.

The red bean jam will taste different depending on the family’s recipe as well as the shape and size of the rice balls themselves. The ingredients will also vary for the alternate varieties. This is akin to the way households in the United States prepare cookies. These treats, however, have a cultural significance because they are used to also celebrate their ancestors which has been done for several generations.

There is a celebration in Japan called Ohioan that is celebrated twice in the fall and twice again in the spring. This is when these special desserts can be most commonly found. Even bakeries and supermarkets carry their own version of the desert. Most often though, households will make their own special version. Celebrations often include a nearly identical desert called botamochi. The difference between these two deserts is the texture. In addition, the botamochi is made during the spring and the ohagi is made during the fall.

Botamochi was also once known by a different name in much earlier times. It was mentioned in historical texts by the name Kaimochi. There is also a proverb that refers to a lucky break called Tana kara botomachi. Botamochi is so popular and rooted in the Japanese culture that they even patterned dished to resemble the marks left on the plate by the botamochi. This type of dinnerware is referred to as Bizen ware. As you can see this treat is deeply rooted in Japanese culture. It is simple, yet delicate and has a delicious flavor that isn’t overpowering. It is quite easy to eat more than one’s fair share of these bite-size morsels. 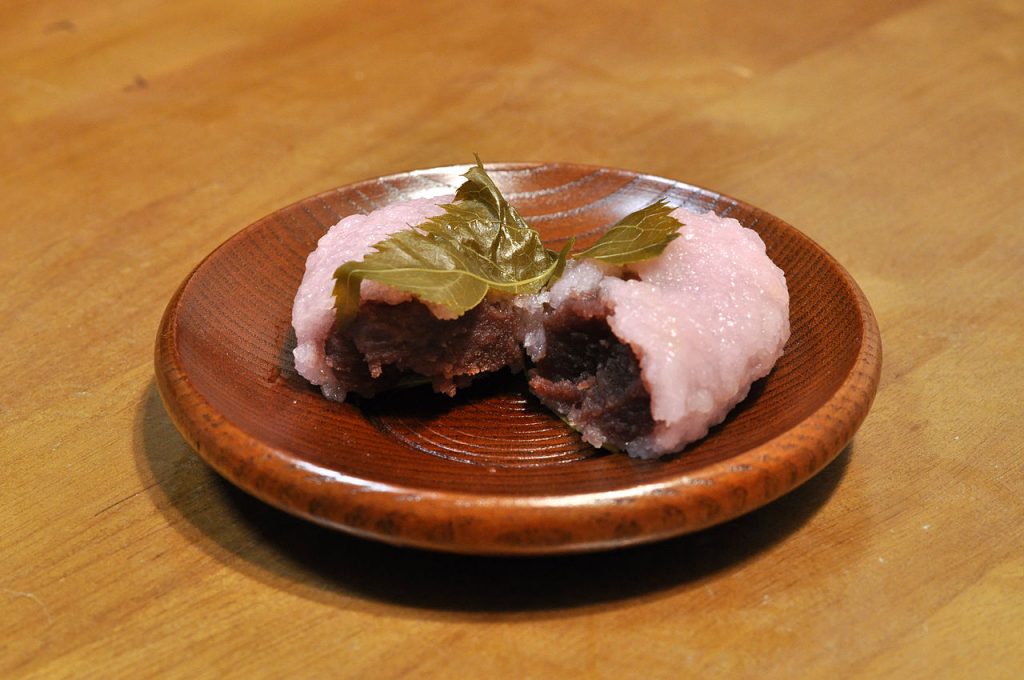 I hope this information gives some insight about ohagi and other similar varieties of Japanese sweet rice balls. They are not only a delicious treat with a variety of preparations, they have cultural significance and have been around for a long time. It is a traditional part of the seasons changing and also a great way to provide treats for visitors and houseguests. If you are attempting to prepare any of the versions of this dish, you may want to experiment with the texture of the rice and the method used to create the balls because that is the most difficult part of the process.

If you have never made red bean jam before, you may want to create a few batches first to really get the hand of making this unique sweet dish. If you wish to use some of the other recipes that omit the red bean jam, it will likely be simpler and allows the person making the treat to experiment with other subtle hints of flavor to make it more personalized to their taste.

It’s hard to go wrong with this dessert as long as the rice is cooked and shaped properly. If you want to include friends in your attempt to make ohagi or botamochi, this would be a great idea because they can help you shape or coat the rice balls to make the process faster and more fun. Don’t be surprised if you eat them as fast as you can make them though. It may require an additional batch if you are making them for a party or a gathering. Once you make a batch, you will want to make more to see what other flavor combinations you will enjoy.