I recently came across the method of poele cooking, a French method that produces absolutely amazing chicken as well as other meat dishes. With the hope of sharing something that may enhance your kitchen table and delight your guests, I am sharing what I learned about this classic palate-pleasing way of cooking.

To use the poele cooking method, also called poeleing, a covered pot is employed and aromatic vegetables with butter are added. It is also called casserole braising. The word is French, as the technique originated in France, and as a culinary word means pot-roasting.

According to the Food Lexicon:
“Poeler is a technique of cooking that is especially used on poultry parts that have skin left on as well as with meat that still has remaining skin. Other protein-rich meat from a butcher, such as veal, can be cooked with this method. It has been compared to steam frying, using a heavy skillet. Small amounts of liquid are added to prevent the food from sticking.” 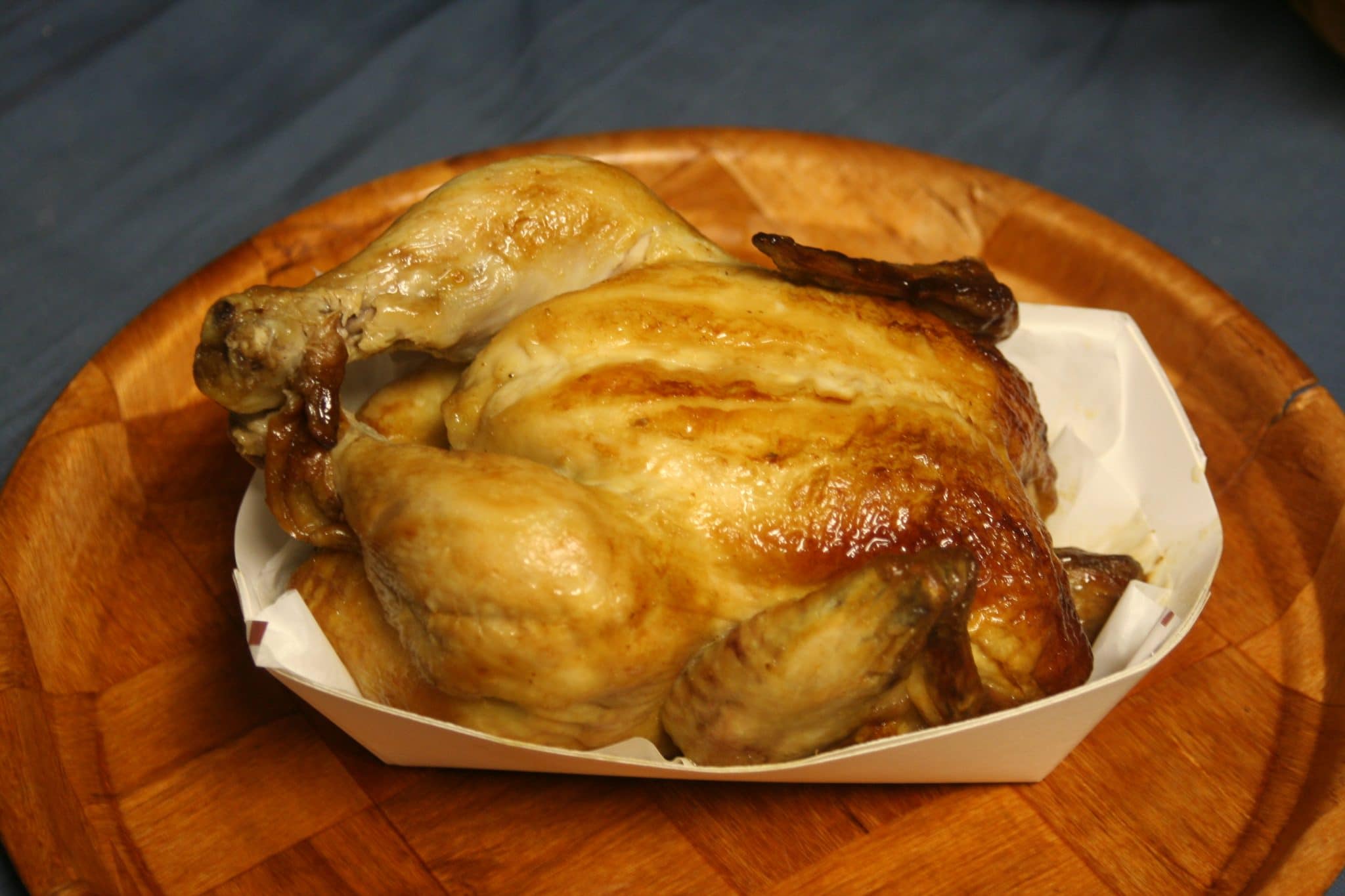 A simple basic term is “butter roasting.” In actuality, a poêlen is a small uncovered French earthenware dish or a short, stubby-handled metal casserole with a lip for pouring. So this is how I learned what the word “poele” or as the French say, “poêle” actually means.

In the French kitchens of today, the word means frying pan. Its origin, however, refers to the covered casserole that was used to cook a variety of meats and poultry, I learned that the items are often cooked with a “matignon“, a mixture of aromatic ingredients that provides a wonderful flavor to the meat being cooked. Sometimes the matignon is cooked; other times it is not and, as recommended by Escoffier, can be put in a poêlé raw.

This method can be used with chicken, meat or fish. The whole point is that whatever is being cooked is butter roasted. Below, I will describe the method as it applies to a traditional French dish of chicken. 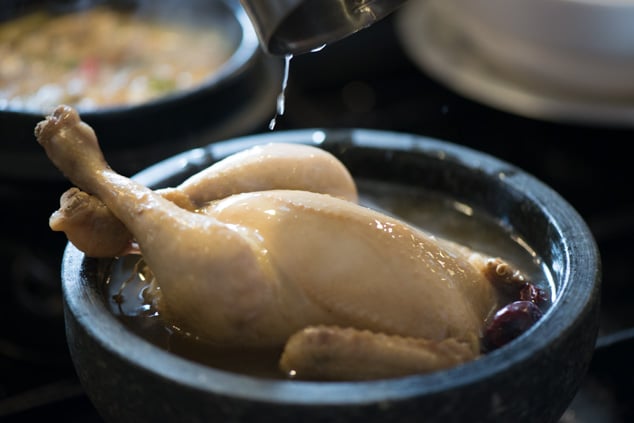 Photo by Sous Chef / CC BY

Placed at the very bottom of the casserole, the matignon is the flavorful first step. A trussed chicken is added to the top of the matignon and is liberally basted with butter. It has already been salt and peppered. Covered, it is baked at 350 degrees and after an hour, is basted with the juices and butter from the bottom of the pan. At the end of the cooking, the pan is uncovered so that the chicken will brown.

It is then recommended to remove the chicken and add liquid to the matignon and the mixture is simmered, creating a flavorful sauce that is then poured over the chicken, which has been carved or sliced.

You will first need to create the matignon. In its raw form, it contains:

You will also need:

The following are the steps taken to create Chicken Poele:

Those who appreciate a colorful sauce may wish to leave the vegetables within. It can then be thickened with cornstarch or arrowroot to make it more like a gravy. Although it is often included in French cooking, straining of the sauce is not always a necessary step. (I made this sauce without straining it).

My version of this classic dish turned out fabulous despite a few glitches here and there. The poêle cooking technique can also be used with other herbs and spices as well as fish; it adds tenderness and moisture as well as flavor and is a wonderful method of cooking, making me feel like Julia Child, whose dish, Poulet Poêle an l’Estragon is a classic.

I felt like, with Chicken Poêle, I did not have to have perfect cooking skills; I learned that my guests still gushed over the dish and were delighted to know that they had been served a real French meal utilizing a method that has been around for a while. Viva French poêle cooking!