I love making home-styled sausages and Polish sausages are one of my favorites. Also known as Kielbasa these sausages can be whipped up quickly and yet they manage to tantalize all your taste buds. Although they tend to be a little greasy, my version of the sausage will have no hint of greasiness.

I particularly do this to keep up with the taste and health quotient simultaneously. You can cook these sausages both in grill and oven.

I prefer the oven but in the following section I’ll discuss both the oven and the grill styled recipe.

You can choose your favorite according to your convenience. Here’s the polish sausage recipe.

The ingredients for polish sausage recipe are simple. You’ll get them everywhere. To start off, you will need two pounds of Polish or Kielbasa sausage. 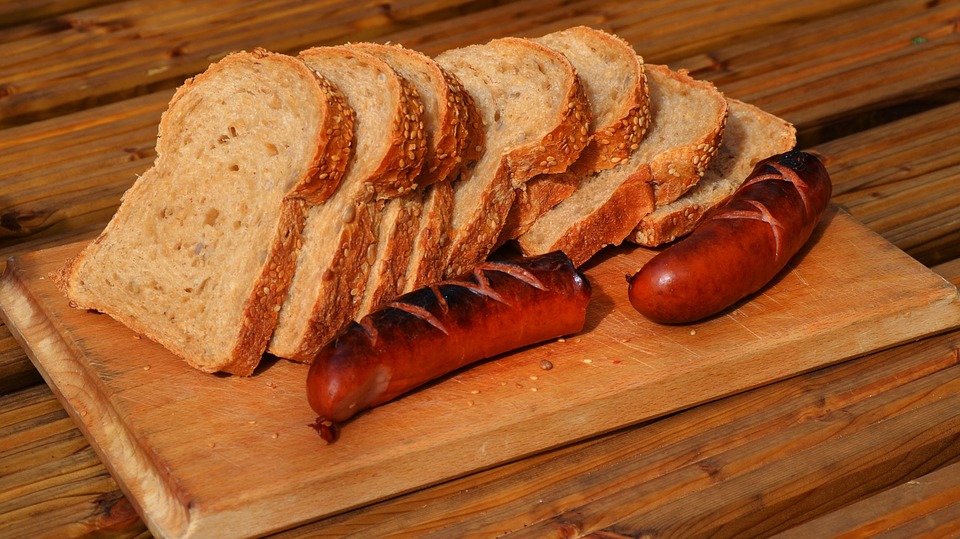 Make sure that the sausages are cut in small pieces of one inch. Other things that you will need here are about one third cup of Worcestershire sauce, one tablespoon of fresh lemon juice, one medium onion (finely diced), half a cup of brown sugar, about two dashes of hot pepper sauce or sriracha sauce and two third cups of water. Try to ensure that the ingredients are fresh as it adds better taste.

Making the Oven Styled recipe – How to do it

Making the polish sausage is relatively simple. It’ll take you one hour to prepare the meal and about two hours to cook it completely. 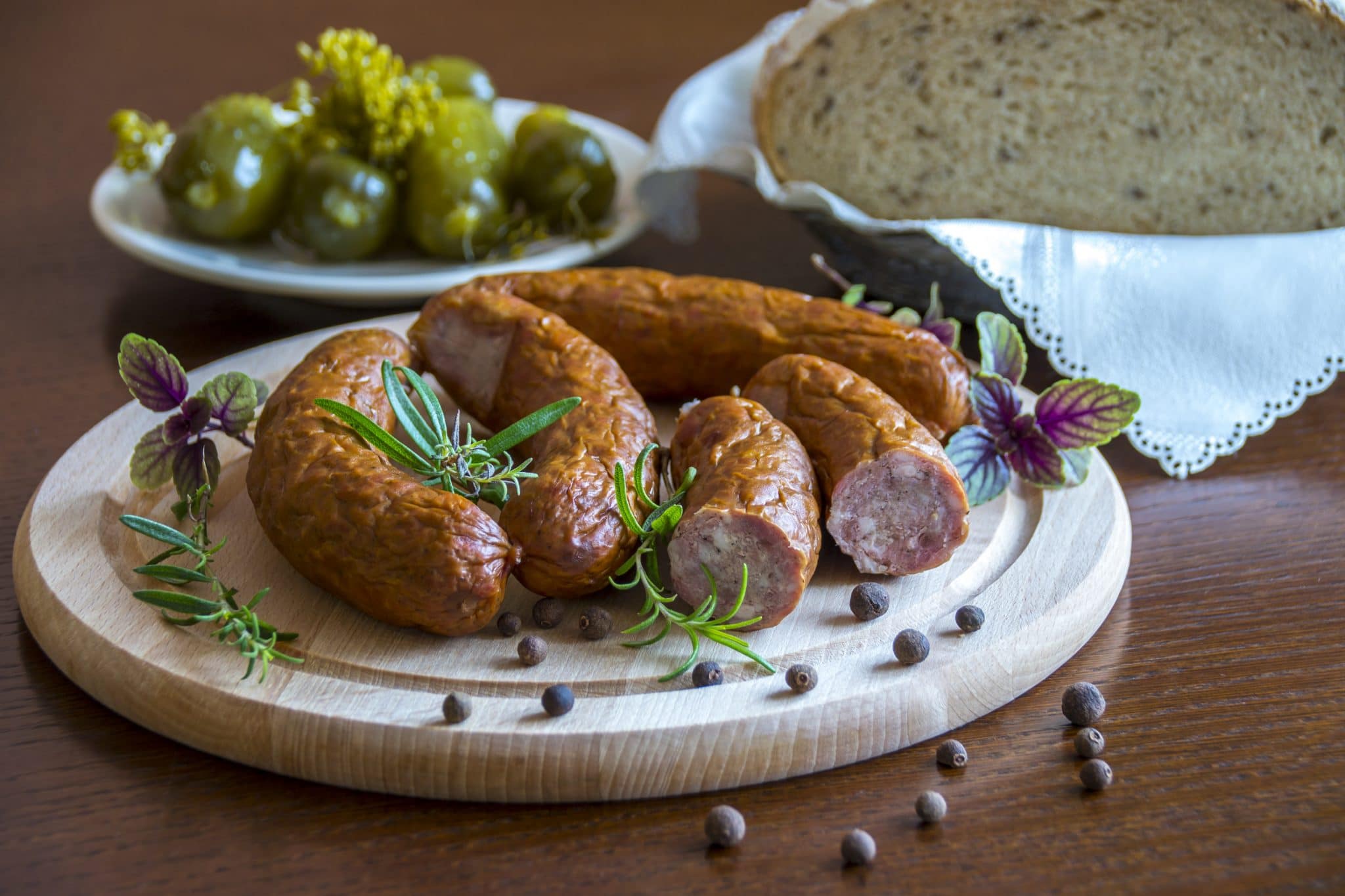 While starting out, take a large saucepan. You can also use a wok ( Read more about the best stainless steel wok), but make sure it is large enough. Now place the sausage on the pan. Add some water and cover the pan. Let the water simmer and boil the sausages at low heat for about one hour. As soon as you’re done, drain the water, remove the sausage from the wok keep it aside.

After this, you will have to preheat the oven to 175 degrees Celsius. Now take the saucepan again and add the lemon juice, the Worcestershire sauce, diced onions, brown sugar, the hot sauce and water. Bring all the ingredients to boil, while stirring it vigorously.

Now take a 9×13 inch baking dish and brush some margarine on it. This will prevent the sausage from burning or sticking to the try. Place the small bits of sausage on the tray and add the sauce all over it.

Make sure each sausage gets the sauce mixture because otherwise it is likely to get dry and tasteless. Bake this sausage at 350 degrees Celsius for one hour.

Your oven styled polish sausage is now ready to be served.

Making the grilled recipe – How to do it

The ingredients too are more or less the same, with a little alteration here and there. Like the oven styled recipe, here too, you will need two pounds of keilbasa or polish sausage.
Other than that, you will need one sliced white onion, three tablespoons of olive oil, a dash of salt and pepper which is freshly, one fourth cup of sugar, two tablespoons of whole (unsalted) butter, half a cup of vegetable oil and a mash of sweet potato and grilled tomatoes.

We will first focus on cooking the sides that you are going to serve with the sausage.

The pepper is optional. Use it only if you want your dish hot. 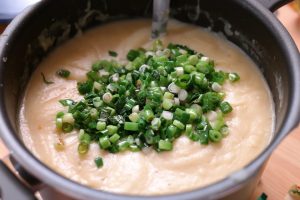 For the mash, cut the potatoes in small two inch cubes and simmer them in salted water. Boil them for about 7 minutes until the potato cubes are perfectly tender. Once these potatoes are perfectly cooked, get the water drained from the cooking pot and place them in a small or medium bowl. Add half cup of milk and two big scoops of butter to the potatoes. Now add one fourth teaspoons of cumin, dried ginger and cinnamon. If you want more heat, add a pinch of chipotle pepper (minced).

Mix the ingredients well in a masher or with a spoon until ingredients are perfectly mixed and integrated. You can now set this aside.

After cooking the potatoes, we will now focus on the grilled tomatoes. The ingredients here are simple. All you need is five small roma tomatoes, a dash of salt and well ground pepper.

Begin by placing your tomatoes in a medium or large pot. Add some water and boil it well for two minutes. You can now remove the tomato from the wok and then add cold, ice water on them. As soon as your tomatoes are cooled, peel their skin away. Cut them in halves and season them with salt and black pepper. Now take a grill pan, place the tomatoes here and cook them until each of the sides are perfectly seared. Try to roughly grill each side for three minutes. Now turn off the heat, take the tomato out and set them aside.

For the main recipe, start off by slicing the sausages in one inch pieces.

Try to cut them diagonally. Now cook them in a grilling pan over medium to high heat. Cook the sausages until you see grill marks on both the sides. It will ideally take you three minutes to cook each side of the sausage.

Now take a medium pan or wok and add some virgin olive oil or vegetable oil to it. Add the finely sliced onion and sauté it until it gets tender. Add a dash of salt, the freshly ground pepper and one fourth cup of pepper until the onions are covered evenly. You can now add two tablespoons of butter and constantly stir these onions till they get a brownish hue.

Take your sausages in a plate and top them with these onions and a mash of sweet potato and grilled tomatoes.