Qdoba soup is one of my favorite dishes to try at the Mexican restaurant, but I cannot get it to eat as often as I’d like because there is not a location that is close to my house. I decided to try my hand at making the soup at home, and I found a fantastic  Qdoba tortilla soup recipe  that is nearly perfect.

One of the reasons that this Qdoba soup is so great is fresh ingredients that are used to make the dish. To start, you can choose whether you want steak, pork, or chicken in the soup or whether you prefer to forgo the meat altogether. The steak and chicken are fire roasted to intensify the flavor of the meat while the pork is slow roasted to make it tender and delicious.

At Qdoba, the pico de gallo and the guacamole are made by hand each day so that you always have fresh toppings for your soup. You can also add in some of the delightful queso that is made daily as well. The queso is available in two different flavors: the regular queso and diablo queso.

When you think of something as being loaded, you know that it is going to have quite a few toppings to enhance the taste of the dish. This soup is normally topped with tomatoes, salsa, tortillas, jalapenos and more, but there are quite a few options that you can add when you order the loaded tortilla soup.

These include cheddar cheese, queso, zucchini, guacamole, avocado, cilantro, sour cream, and crushed tortilla chips. Any ingredient that you see at the store, you can add to your soup if you’d like. 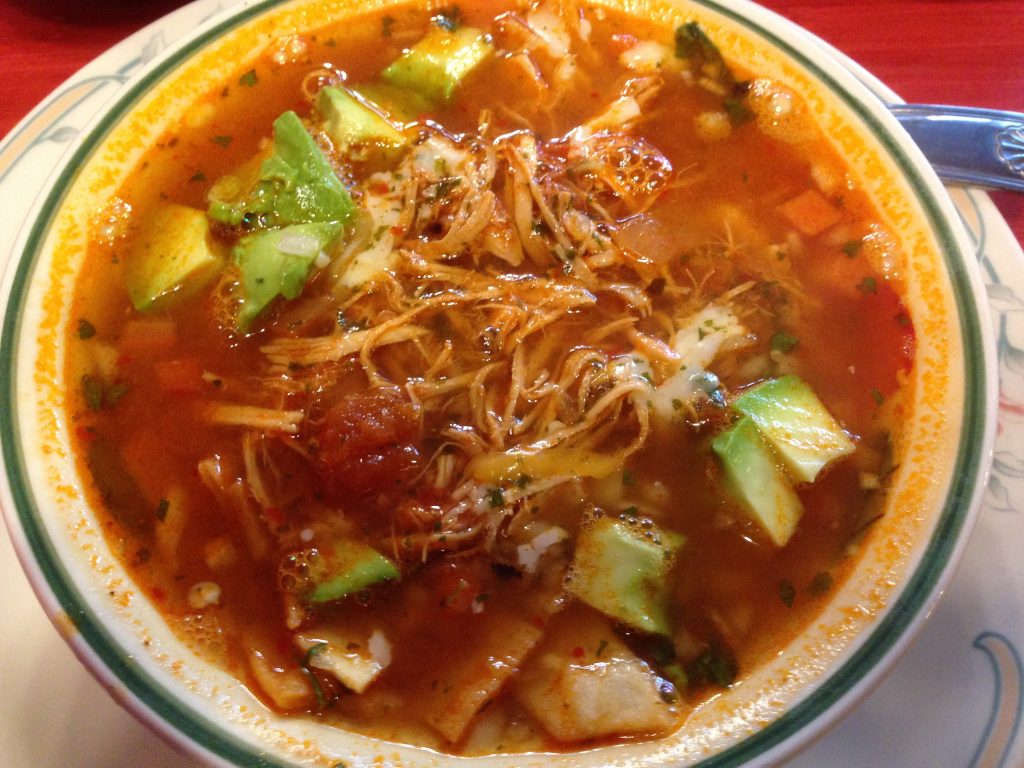 Qdoba chicken tortilla soup is a recipe that you can easily make at home. It does not require a lot of ingredients, and it will be ready to enjoy in no time at all. To make this soup, you will need: 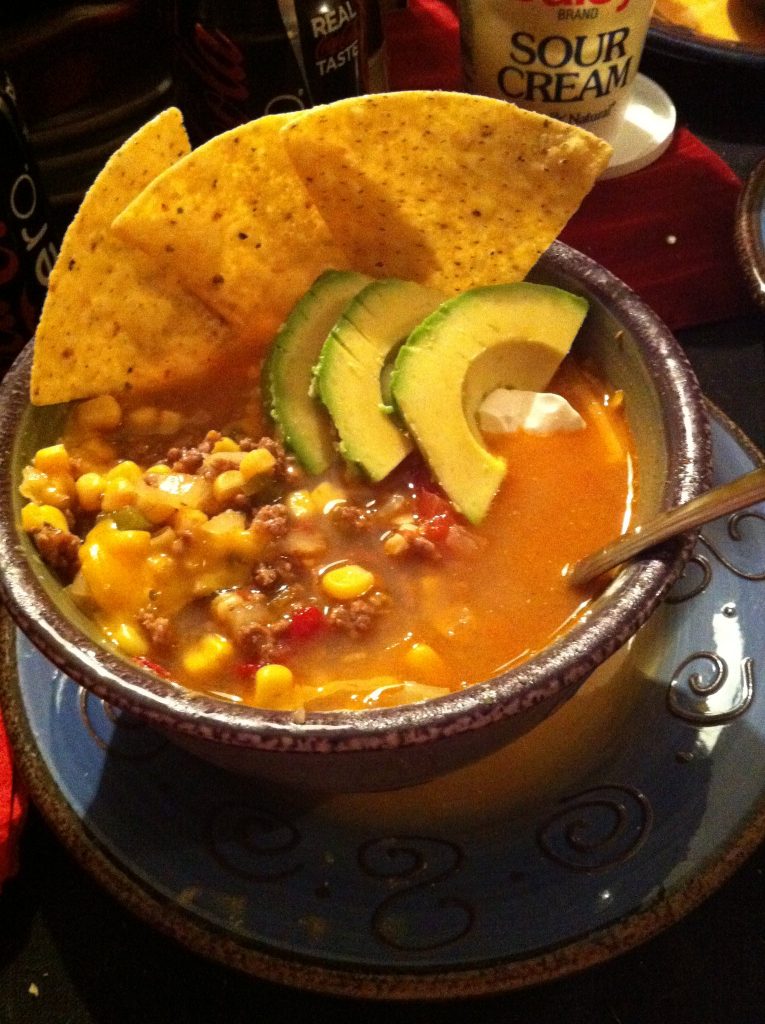 The first thing that you will need to do to create this recipe is to grill or pan fry the chicken so that it is nice and flavored. I like to rub the outside of the meat with adobo before placing it in the pan; when it is fully cooked, remove it from the heat and shred it. Set the shredded chicken aside for later.

Heat the oil in the bottom of a large saucepan, and then add in the onions and the peppers. Sauté the vegetables for about five minutes or until the peppers are soft and the onions are a bit transparent. Next, stir in the minced garlic, the jalapeno, the chili powder, and the cumin. Allow the mixture to cook for another five minutes so that all of the flavors can come together in the soup.

When the ingredients have been heated in the saucepan, slowly pour the fire roasted tomatoes and the crushed tomatoes into the soup. Bring the mixture to a boil, and make sure to stir continuously until the soup is well mixed. Once boiling, reduce the heat to medium-low and allow it to simmer for 15 minutes. Season the soup with salt and pepper before garnishing it with sour cream, salsa, guacamole, and crispy tortilla strips.

Have you ever had a taco salad or a tortilla soup that used a tortilla bowl as the base for the dish instead of a traditional dish? I remember the first time that I had one of these deep-fried delicacies, and ever since, I simply have to have one with my soup.

I don’t need to have the bowl specifically, but some type of crispy tortilla in my soup is ideal so that it adds a bit of a crunch to the texture of it. Of course, you can ask for this type of bowl in the store, but if you are making it at home, you will need to figure out how to create your own. For the bowls, you will need:

To start, fill a small pot with about four inches of oil. Depending on the size of the tortillas and the amount that you are frying, you may need to add more oil later. Once the oil is heated, take a soup can and remove the wrapper. Wrap the tortilla around the base of the can so that it covers the bottom and it comes up the sides to form the sides of a bowl. Make sure that there are no holes in the tortilla because you are going to want to hold soup in the bowl.

When the tortilla is wrapped around the can just right, use tongs to clamp the tortilla to the can. This will help keep it in place as you lower it into the oil. During this step, you will want to hold the tortilla and the can in the oil for about 30 seconds before moving them so that the tortilla keeps its shape. When the tortilla begins to keep its bowl shape, you can carefully remove the can from the center of the tortilla. The can will be very hot at this point, so make sure that you are careful.

Allow the shell to cook for 30 seconds to a minute longer so that the inside of the shell can brown as well as the outside. Flip the shell over if you need so that it can cook evenly. Carefully remove the fried tortilla from the pan and allow it to drain. When it has cooled a bit, fill the tortilla with the soup and enjoy.

As a vegan, you may find it difficult to find food at restaurants that fit your dietary needs, but this Qdoba tortilla soup recipe can be perfectly adapted for vegans. In Qdoba, there are plenty of vegan-friendly ingredients that you can enjoy such as:

Since you will not be adding meat or animal byproducts to this soup, you may want to add in a few additional ingredients that you enjoy when you make this dish at home. Here is a vegan recipe for a similar soup that I like to make. For this recipe, you will need:

Start by sautéing the oil, the onion, and the garlic in a large pot for about five minutes. While they are cooking, begin to preheat your oven to broil; this will help get your tortilla strips nice and crisp. Chop the green peppers, the zucchini, and the green onions, and add them to the pot. Remove the corn from the cob and put the loose kernels in the pot as well. Combine all of the ingredients and sauté them for another seven to 10 minutes.

When the vegetables are the desired consistency, add the tomatoes, the cumin, the chia seeds, and the vegetable broth. Stir well, and bring to a boil. Season with salt and pepper, and reduce heat to low-medium. Allow the soup to simmer for about 30 minutes. When the soup is nearly cooked, stir in the beans. 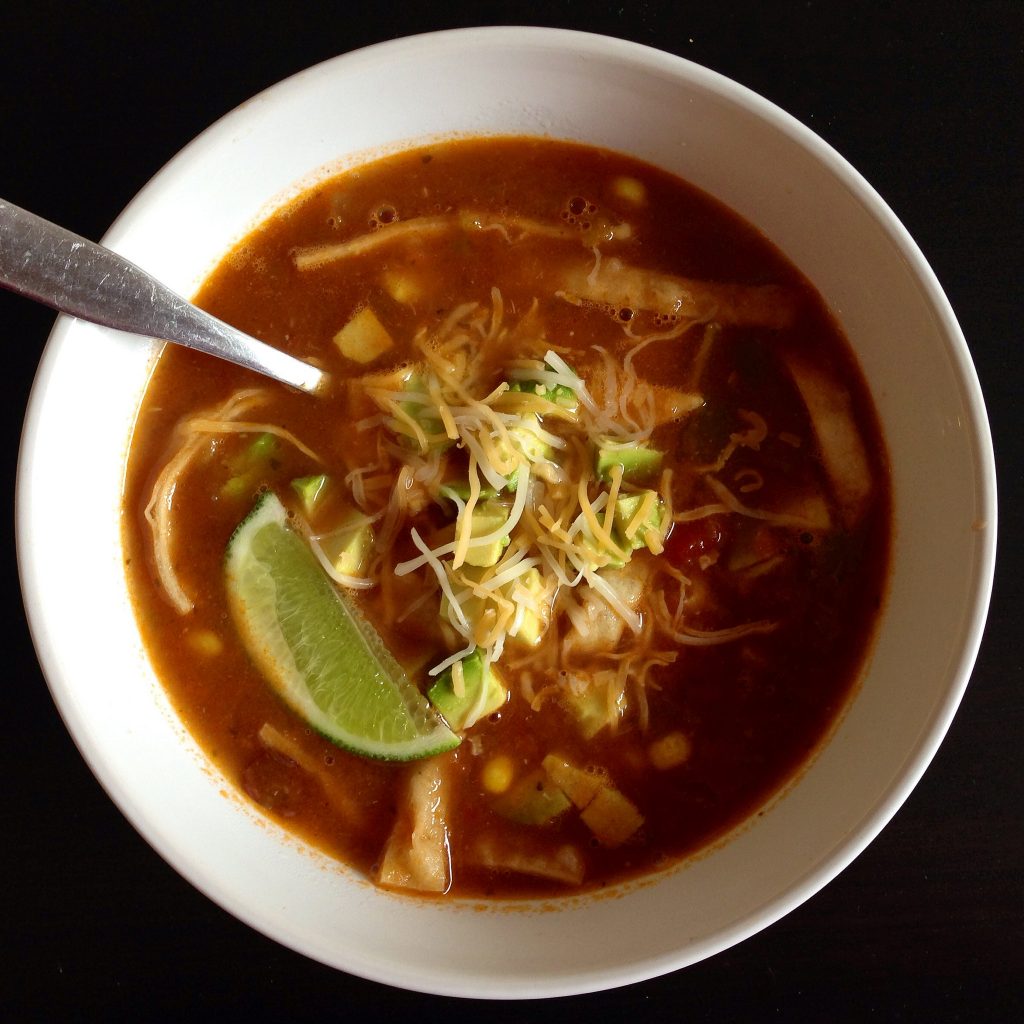 While the soup is simmering, take the time to slice the tortillas into strips that are about two inches long. Place them in a bowl, and coat them with olive oil, garlic powder, and chili powder. You can use any spice combination that you want, but I prefer a simple combination that will not overpower the soup. Place the strips on a lined baking sheet and broil them for about three minutes.

Make sure to keep an eye on the strips and remove them when they are golden brown.

I hope that you enjoy this Qdoba tortilla soup recipe. It is a great soup to keep you warm in the winter, but it tastes great all year long. If you are a vegan, try the vegan recipe for this dish that I have included. The ingredients that you will use are slightly different, but it is still a very hearty soup that you are sure to love. 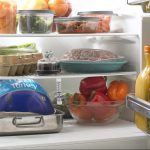 Your Eye on Food Safety: How Long Does Pasta Last in the Fridge 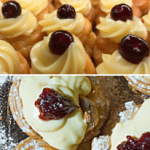