One of the most popular French delights, Reblochon cheese is a smear-ripened, semi-soft, washed-rind cheese. If you didn’t understand any of that, don’t worry: you are not alone. Cheese-making is not an easy job. It involves a long and difficult process in which milk is turned into this rich and delicious block–and that’s not all! Cheese is made commercially into several different categories; some are easily available, and others are pretty much trade secrets.

Reblochon cheese was first crafted in 1958 on the French lands of massed de Arvis of Haute Savio. It is a decreed AOC cheese— meaning it is certified through Appellation D’origine Contrôlée— and prepared following strict rules and procedure.

Reblochon is completely safe to eat and keeps you healthy.

It was awarded the Bronze medal during the World Cheese Awards in 2014 for its amazing taste. Let’s discuss the importance of Reblochon as a cheese as well as introduce you to a good Reblochon substitute. 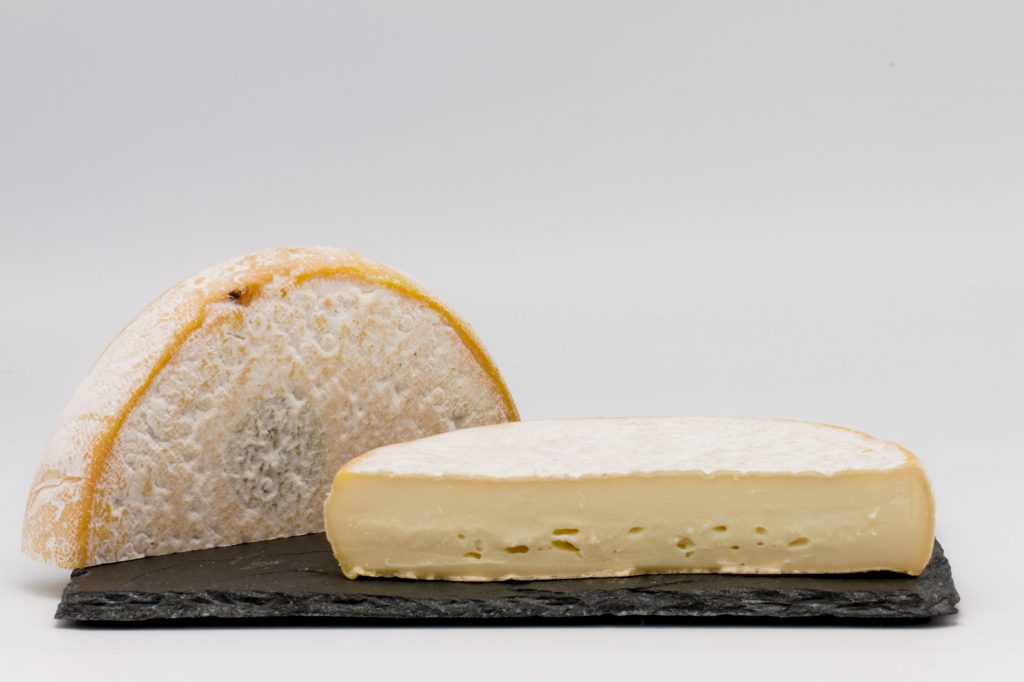 The word ‘Reblochon’ is derived from reblocher, which means re-milking a cow. This funny translation is further derived from an old French tradition in which, during the 14th century, some of the milk from first milking was held back by farmers to avoid paying taxes. This milk that was kept aside got richer as time passed and was then used by dairymaids to make cheese

Ever since, this cheese has been termed “Reblochon”.

Later, in the 16th century, the same cheese was named ‘devotional cheese’ since it was given to Carthusian monks of the Thones Valley in exchange for their blessings. This transaction eventually led to the spread of Reblochon cheese consumption, and it found a special place in the hearts of many.

The cheese, however, only found its true recognition and French AOC certification as late as 1958. Even with this recognition, Reblochon is not available in the United States of America merely because of its use of unpasteurized milk. But this does not mean Americans can’t enjoy the goodness of Reblochon cheese! While it’s true that raw milk Reblochon cheese has not been allowed to enter the US since 2004, a pasteurized alternative is available that can be used instead.

The fine features and the nutritional value of Reblochon cheese come from its good processing. It is prepared out of a full cream from unpasteurized milk. When the cheese is obtained, it is lightly pressed and remains uncooked. It is made with a mixture of three types of milk taken from three different breeds of cows named montbeliarde, tarine, and abondance.

This process gives the cheese a very distinct, rich taste. Originally, this mixture of milk was stored by farmers in a cellar for days until it was rich enough to make cheese. Now, the cheese is prepared using the same technique but in specialized cellars or factory storage. In consequence, this process makes the cheese smell like a cellar, having an herbal aroma with a nutty taste. 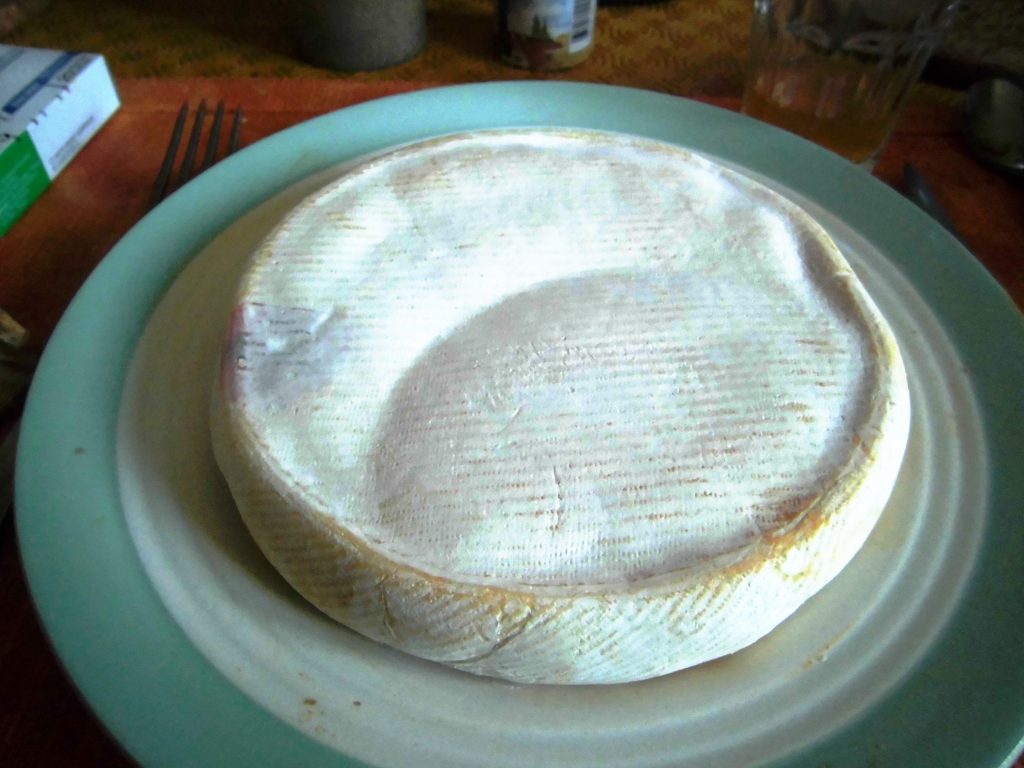 One distinctive feature of Reblochon cheese is its appearance which makes it stand out from the rest: 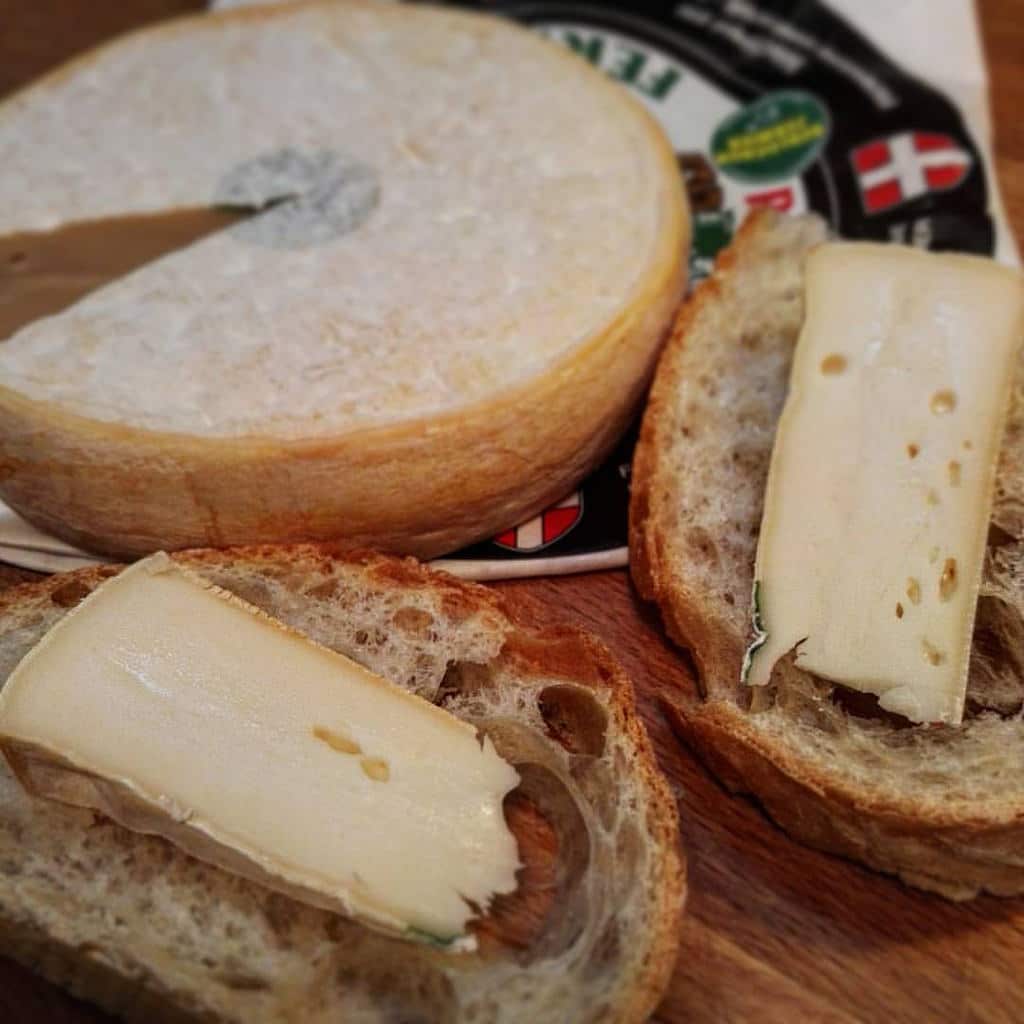 Cheese is one of the greatest sources of calcium. Milk, its origin, offers the same amount, but, since cheese has more concentrated calcium, it tends to offer more in every bite. About 200 milligrams of calcium are present in every single ounce of cheese.

Protein is the most important macronutrient found in abundance in cheese: 8 grams of proteins can be obtained from a single serving of Reblochon cheese. Besides proteins, it has other essential nutrients like vitamins A, B12, and K2, selenium, sodium, phosphorus, and riboflavin. These elements constantly maintain the internal balance of the body and keep it nourished and healthy.

Another great benefit of this cheese is the presence of probiotics. These are friendly bacteria that are essential for your gut’s health. They maintain the internal environment of the gastrointestinal system and aid in digestion. Since probiotics are intimately involved in the process of cheese-making, Reblochon cheese contains a significant amount of this type of bacteria. And, due to certain illnesses, we sometimes lose many of the probiotics that naturally appear inside our bodies, so this cheese is incredibly convenient for replacing these bacteria.

Another nutritional fact that makes this cheese a great addition to any table is the richness of its fat content. Robechlon cheese contains processed fat, which does not cause obesity and provides good cholesterol for the body.

Reblochon can easily be incorporated into any diet plan.

Because it contains 200 mg of calcium per ounce, Reblochon cheese guarantees improved bone growth and repairs bones at an accelerated rate. Studies have suggested that people eating any cheese on a routine basis have better results on their calcium tests. Calcium plays an important role in bone formation–it strengthens the framework of bone cells. Reblochon cheese is, therefore, great for young people who need to grow. 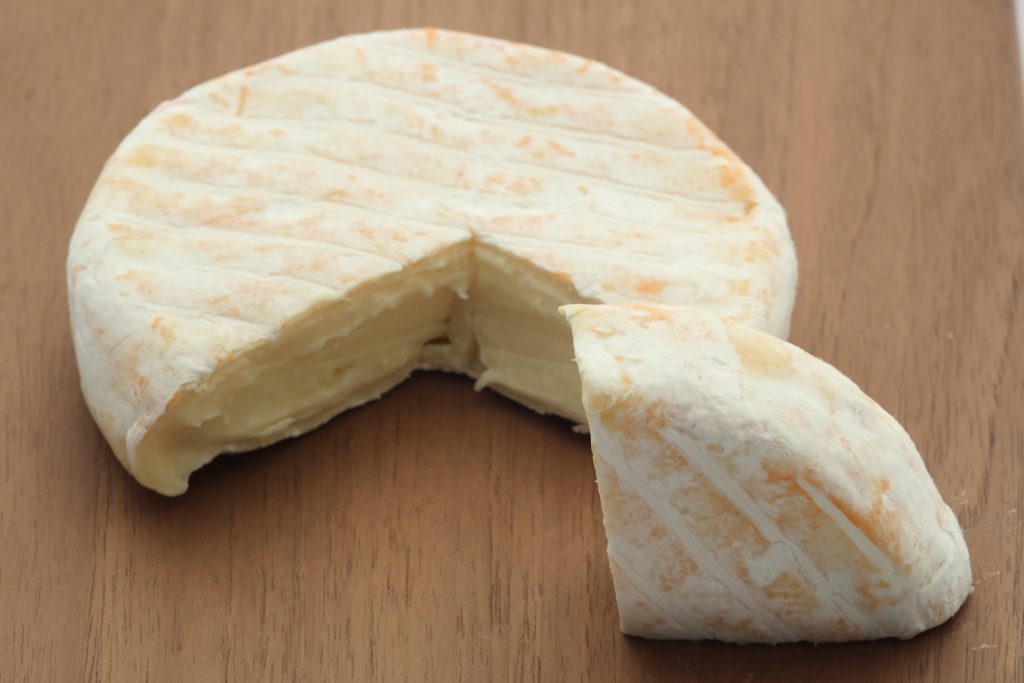 Reblochon cheese contains good cholesterol in the form of monosaturated fats, so you can enjoy it with all of its savory taste without worrying about your heart health.

Fats are usually the cause of blockage within the body’s venous system and can cause cardiovascular diseases; however, good cholesterol is not deposited within your blood vessels but takes the bad cholesterol with it as it leaves your body. As you can see, Reblochon cheese is great for heart health; it keeps it active by providing a boost of energy and maintains your heart’s metabolism.

Cheese is a highly recommended food for athletes and, in general, people who go endure extreme physical exertion for two reasons: it offers an instant high dose of energy, which allows your muscles to grow, and it does not cause obesity or allow bad fat to deposit in any part of the body. In effect, it keeps athletes light and active.

Due to health laws, Reblochon cheese, in its purest uncooked form, is not readily available in the United States as well as a number of other countries. Fortunately, when it comes to cheese, there is no end to its variety–the list goes on and on. Cheese is region-specific and changes its taste, shape, and form from place to place. If you’re in the market for a better substitute for Reblochon, there are good options available:

Originally from Bern, Switzerland, Gruyere cheese was named after the town Gruyeres, where it was first produced. It received its recognition by AOC in 2001 as a Swiss Cheese and resembles French cheese so much that many people think it is. After about five months to a year, however, the texture of Gruyere gets grainy. It shares many similarities with Reblochon; it tastes nutty, has a creamy, velvety appearance, and its flavor also changes as the cheese ages. Gruyere cheese is most commonly used in veal Corden blue, French soups, and cheese sandwiches.

Fontina cheese is also a semi-soft rind cheese with the same nutty taste as Reblochon cheese. However, it finds its origin in Val D’Aosta Italy and is better after it is more mature than Reblochon cheese. It is allowed to age for a longer duration, which gives it a pungent aroma, an irregular shape, and dark brown color. In the United States, less-mature forms of this cheese are available. It has a yellow buttery appearance and tastes creamier and richer. To identify a good Fontina cheese, look for an orangish-brown rind. 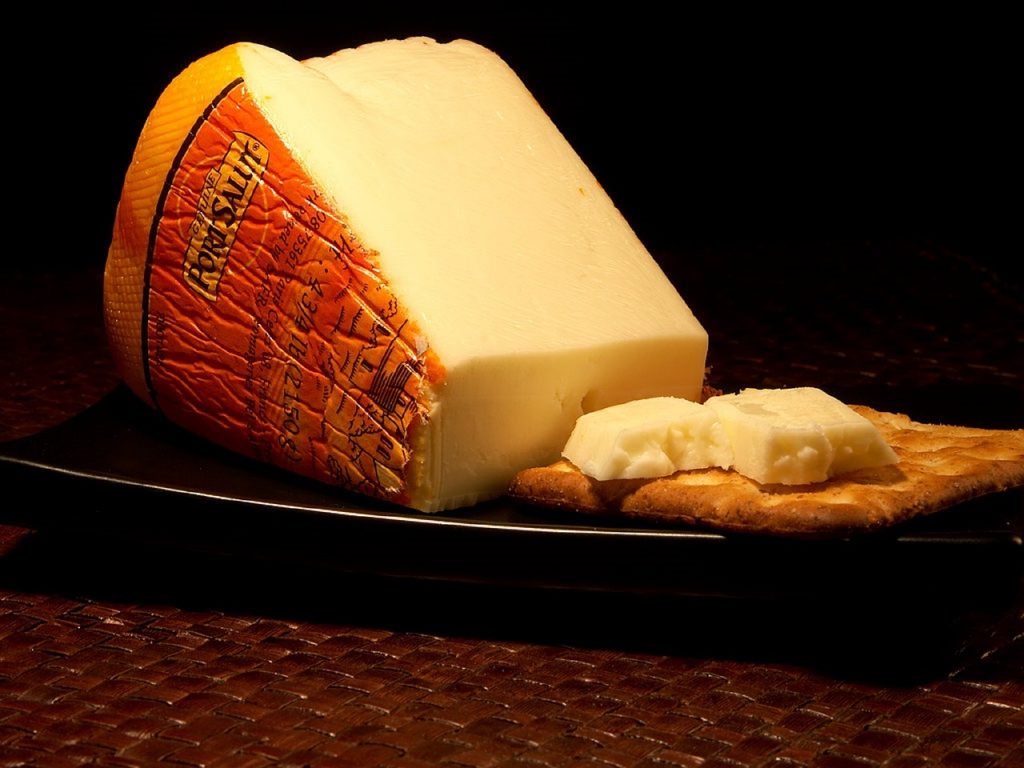 This special cheese is made out of skimmed milk. Its rind is washed and enhanced through a sufficient curing time. It takes its name from the French region of Port Du Salut, where it was first made by monks in a monastery. Its commercial-scale manufacturing was later started in the 1950s, and, over the years, the cheese has been modified according to different forms, textures, and tastes–losing its true essence as a result but also making it very similar to Reblochon cheese. This cheese is also available in a Danish version.

Named after its origin in the beautiful alpine valley of Val Taleggio, this Italian cheese has many characteristics similar to Reblochon. It is a semi-soft, smear-ripened, and washed rind cheese. It has that same mild fruity taste that makes Reblochon cheese so delicious. With its strong aroma and thin crust, Taleggio cheese not only makes for a perfect substitute, but it will melt your heart away in its own right.

Raclette cheese is another Reblochon-style cheese. It’s a frequent ingredient in several Swiss recipes and has also made its way to the streets of France. It is made out of semi-hard milk, which is processed and packed into a 13 lb. wheel of cheese. Raclette cheese traces its origins back to medieval times, with a first recorded appearance in 1291.

The name ‘Raclette’ is derived from racler, meaning “to scrape off” –traditionally, the cheese is melted from its top and then scraped over a cooked meal. You might have witnessed this happening at a nice French or Swiss restaurant.

Everyone likes some kind of cheese, but Reblochon cheese is that special cheese that can entrance you through its enriched content and nutty, fruity flavors. If you are visiting a French town or touring across Europe, Reblochon cheese is a must. You can add it to the simplest of recipes and experience its magical, inimitable flavor. However, if you can’t get your hands on Reblochon cheese,  you know which Reblochon substitute will add a similar taste to your food.

Try any one of the substitutes described, and test their varying flavors; whichever suits you best, go for it! Don’t let inaccessibility get in the way of a perfect fine dining experience. By any means possible, you deserve to enjoy the cheesy richness of Reblochon cheese. 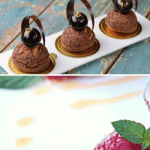 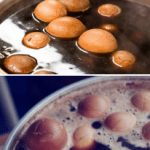