Cilantro, parsley, thyme, basil, and garlic are only some of the delicious and fresh ingredients that make Recao Verde unique. I used to be confused by all these green sauces. Recao Verde, Chimichurri, Puerto Rican Sofrito — what is the difference?

I made them all, even tried different versions, and eventually settled for Recao Verde. It has a smoother taste, it is easy to make, and it can be added to most dishes.

It can also make each recipe delicious! This sauce represents an important pillar in the food culture and traditional recipes of Panama.

The original preparation process is relatively easy, which allows you to adapt it to your taste!

What is Recao Verde?

Recao Verde is easy to make, healthy, and flavorful sauce originating from Panama. It is the least known of the three green Caribbean sauces.

In fact, similar ingredients are used in the more popular Chimichurri and Sofrito sauces. There are slight variations in the recipes, but they all aim at adding an extra touch to your dishes.

The difference between the three sauces is where they come from. Sofrito is created in Puerto Rico, Chimichurri is the hearth of all Argentinian recipes, and Recao Verde is the flavoring base of most Panama food. 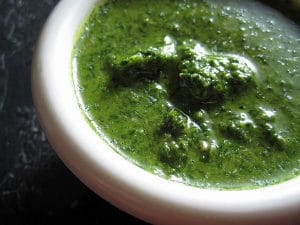 Some cooks use the name interchangeably; others claim that only one of the sauces have to have tomatoes in it. The truth is that as long as you are using fresh ingredients and adapt one of the traditional recipes, you will be happy with the results!

The name of this sauce derives from the culantro leaf, also called Recao. Verde is the color of your finished dishes: green. This recipe is a heritage passed down in many different families, and everybody has created their own variation. You won’t even need a set proportion to create a delicious Recao Verde sauce!

Nowadays, the pre-made version can be bought online. However, the process of making this sauce can bring the whole family together and be extremely rewarding.

Moreover, there is nothing better than using fresh ingredients while making it. It will guarantee the extra punch this sauce is known for!

While you can create different versions of the Recao Verde recipe, one ingredient defines the sauces itself: culantro, also known as recao leaf.

The culantro herb is often mistaken for cilantro, which is only an optional ingredient to add to your Recao Verde sauces.

However, culantro is not optional! 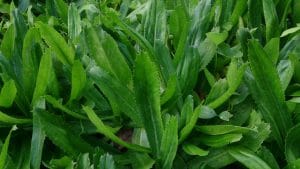 This herb is the base of the Recao Verde sauce and cannot be interchanged with other flavors.

Culantro, or Eryngium foetidum, is an herb originating from continental tropical America. It is incredibly famous in this part of the world and used in most dishes of the Caribbean and Latin America. In the U.S., this herb is still relatively unknown and not yet widely used in everyday cooking.

Some other names for this herb are spiny, Mexican, or serrated coriander, as small thorns characterize the leaves.

While they are closely related, culantro and cilantro benefit from very different tasting notes. By adding the first, you will notice your sauce adopting a stronger and more defined flavor.

Moreover, due to the thickness and length of culantro leaves, this plant is preferred during cooking processes as it resists heat better.

While you won’t need to use exact measurements for the following ingredients, we recommend you use only the freshest products you can find. It will allow your sauce to have a better taste and you will be able to keep it for a longer period of time.

Moreover, you will be able to decide how much of each component you would like to add. I am a garlic lover, the sauce I make is particularly strong!

Here is the list of ingredients you will need for a perfect homemade sauce:

If you are a fan of raw cooking or you prefer the taste of fresh vegetables and herbs, you can use the Recao Verde sauce as a topping.

Similarly, to the Italian Gremolata, it can be brought on the table and served instantly. Each guest can help themselves and add as much sauce as they like to their meals.

Alternatively, after mixing all the ingredients together, you can cook them slowly over medium heat. To do so, pour the mix into a saucepan and add the olive oil and seasonings. It is more similar to the Puerto Rican sofrito, which means pan-fried.

You can serve this version hot on top of grilled dishes, or you can let it cool down. After setting it aside for some time, you will be able to use it for any meal.

This second version is more flavorful and preferred over winter. The first, uncooked version, can be added to refreshing salads as well. Lastly, by using a food processor or blender, you can obtain a smoother version of the sauce.

How to Use and Store Recao Verde 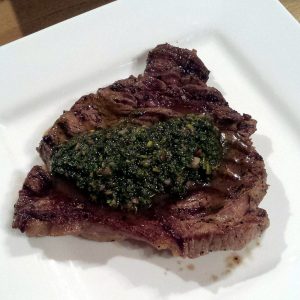 Traditionally, you can use the green sauces as a base or topping for any Panama, Argentina, Puerto Rican, and Caribbean sauces. Due to the intense flavor that they supply, they are perfect for adding an extra note to plainer meat and fish dishes.

For example, you can add it to traditional Pernil recipes (roast pork shoulder) or pair it with beans and salads. You can blend all the ingredients together and you will have a puree that you can use as a base for soups and stews.

Traditional Caribbean dishes composed of beans and rice can really be taken to a different level by adding this sauce! Moreover, you can serve Recao Verde with more European or American dishes, as well.

Once your Recao Verde is ready, it is now time to serve it! However, if you have (wisely) made enough to enjoy your product for a few days or weeks, you can store it easily.

You can freeze the puree in ice cube trays. It will guarantee that you have measured portions to use, and it will always be as fresh as when you have made it for about 4 months.

To use it after freezing it, start with the oil! Add some oil (one or 2 tablespoons) to a pan and heat it up. Then you can add one or two cubes of frozen sauce (as much as you need) and stir it until ready.

Be aware that when you are adding this sauce to your meal, you won’t need to add any onions or garlic to it as the Recao Verde already supplies enough flavor.

Recao Verde is one of my favorite recipes. It is incredibly easy to make. You can adapt it to any preference, and it really improves the taste of any dish I decide to cook.

If you prefer to experiment in the kitchen, there are some variations of this recipe that you can try!

Have you ever tried this sauce? What did you think of it? What do you currently use it for? Let us know by leaving a comment below! 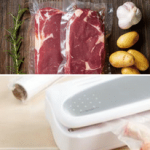 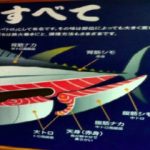 What is Maguro – Otoro, Chutoro and Akami explained