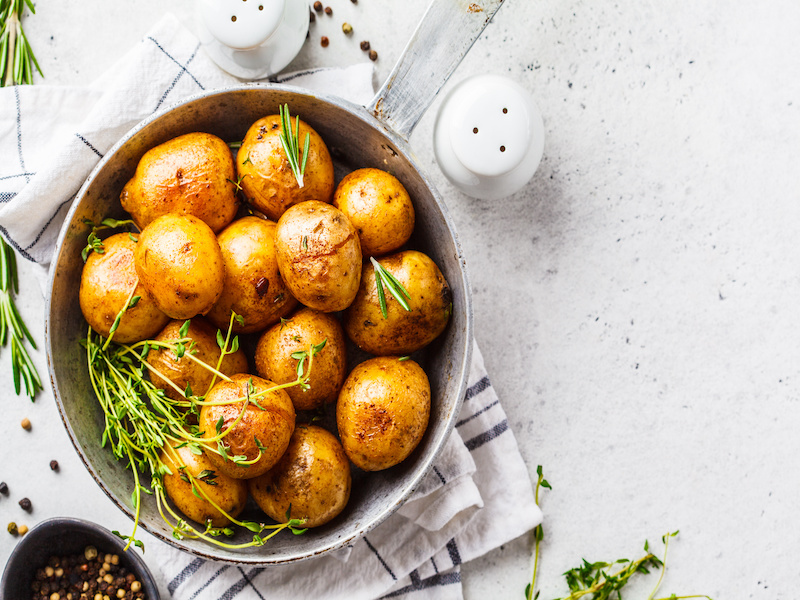 Let’s say you have one, or a few, baked potatoes left from a previous meal. What’s the right way to reheat them?

You can easily reheat baked potatoes, following one of several methods we outline below. Why waste them, when you can make them soft and delicious again?

The quickest way to reheat those baked potatoes is to put them in the microwave or a microwave drawer. But you must take care not to let them dry out.

To keep microwave-heated baked potatoes flavorful and fresh, cut each potato in half. Cover each half with a damp – not wet – paper towel.

Put the wrapped potato halves in a microwave-safe dish. Heat on medium for 2-3 minutes.

Depending on how many potatoes you want to reheat, and the capacity of the air fryer, you may need to do this in several batches.

If you’re planning to grill dinner, you can take advantage of it and reheat baked potatoes at the same time. Wrap each potato in foil and put them on the grill.

The grill should be at 400°F. Rotate the potatoes after 7 minutes and let them heat through another 7-8 minutes.

Be careful unwrapping the potatoes; they will be very hot and release some steam. But the skins will be crisp. 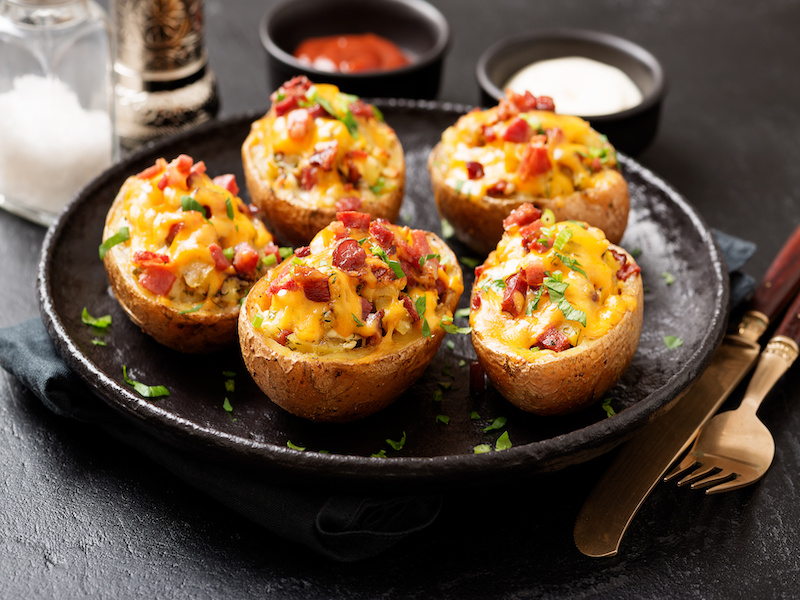 This is a quick way to use up baked potatoes and make them tasty.

Heat olive oil over low heat in a skillet. Cut each potato in half, and place the halves, cut side down, in the skillet.

Cover the skillet and allow the potatoes to cook for 3-4 minutes. Remove the lid and raise the heat to medium.

Fry and flip the potatoes until the skin is crisp.

Reheating a baked potato can be tricky. You want to heat it through, but not allow it to dry out.

The oven method is as easy as any of the others described above and only takes 15 to 20 minutes. Not as fast as microwaving, but it gives much better and tastier results.

Turn the oven on to 400° F. While it’s preheating, remove the baked potatoes from the fridge and bring them up to room temperature.

This ensures that every part of them will reheat at the same temperature, and so cook evenly.

Place the potatoes on a cookie sheet or on the rack. Bake 15-20 minutes or until they’re hot.

Turn the potatoes over about 10 minutes after starting to heat them.

Is your baked potato cut or whole?

Choose the best way to reheat a baked potato according to whether it’s cut or whole.

Whole baked potatoes should be reheated in the oven, as described above.

Check that the potatoes are warm all through. If still not warm, continue heating them in the oven for another 3 minutes.

Potatoes that have been cut into pieces should be allowed to come to room temperature, as with whole ones, then heated in a skillet with a little olive oil, as described above.

Microwaving works for reheating both whole and cut potatoes, but it’s more certain that they’ll heat through evenly if in pieces. Just slice a whole baked potato in half.

Your baked potato was twice-baked, with filling. Can you still reheat it?

You can reheat a twice-baked potato, either in the microwave or in the oven. It’s best to remove the topping first.

Wrap the twice-baked potato in a damp paper towel for reheating in the microwave. Place it on a cookie sheet to reheat it in the oven.

Reheating a baked potato in the microwave yields a potato that’s hot, but without that desired crisp skin. Put it under the broiler for a few minutes after microwaving it, to make it crisp.

Some make extra twice-baked potatoes and freeze them for future meals.

Let the frozen potatoes thaw out overnight in the refrigerator, then heat them in the oven. Do not thaw them out at room temperature, for safety’s sake.

Topping and stuffing for baked potatoes 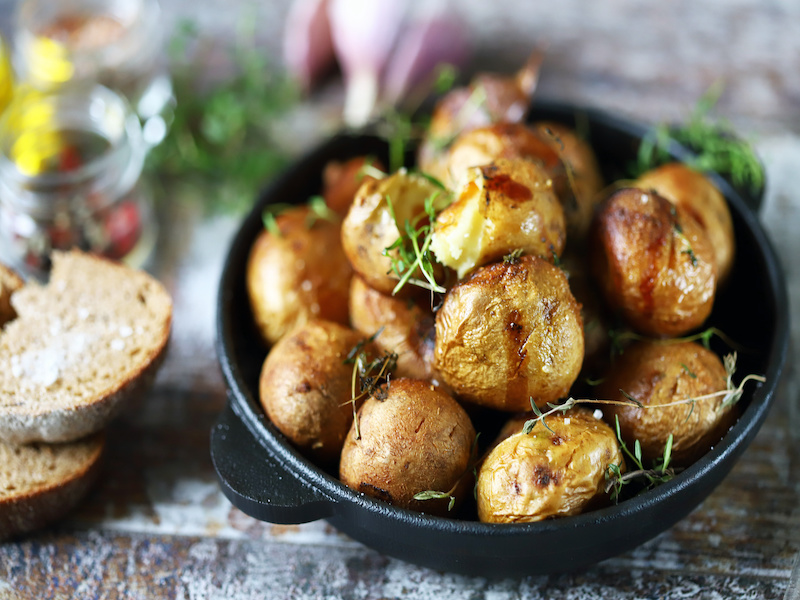 The classic topping for a hot baked potato is sour cream mixed with minced chives, salt and pepper. But there are many other delicious toppings, and if you choose to stuff the potatoes, you’ll have a substantial main dish.

Here is a recipe for a delicious mushroom stuffing. If mushrooms aren’t your thing, substitute chopped steamed broccoli.

4 large potatoes, wrapped in foil and baked until tender

Cook and stir until the mushrooms are tender and onions are golden, 7-10 minutes. Add the garlic and continue cooking for 1 minute, stirring often. Season.

Melt the butter in the pan. Sprinkle the flour over the mushroom mixture and stir until the vegetables are coated; about 1 minute.

Add the warm milk, thyme and rosemary to the pan. Stir constantly and continue cooking for about 5 minutes.

Season the thickened mixture with salt and pepper to taste.

Slice the baked potatoes in half lengthwise, making sure not to cut them all the way through. Press on each end of the potato so that it opens in the middle.

Place the potatoes on a foil or parchment-lined baking sheet. Fill each potato with mushroom sauce and top with a ¼ cup of grated Swiss cheese.

Place the potatoes under the broiler just long enough for the cheese to melt, about 1 minute.

Serve, with extra mushroom sauce on the side. 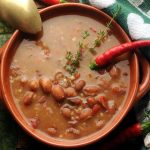 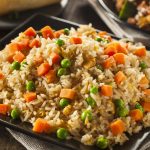 How to Reheat Fried Rice