Shaqima or Sachima? If you haven’t really heard much of this traditional Asian dessert, then don’t stop here–scroll ahead, as we are here to discuss Sachima and all the related facts. Chinese cuisine is so full of surprises; where it offers a great many dishes for entrees, it also brings a distinct sweetness to the dinner table with its delightful dessert recipes.

Sachima is one popular dessert on the list. You will be wowed to learn how such a basic blend of daily ingredients can produce something as delicious, crispy, and crunchy as Sachima. We are not only going to share a complete Sachima recipe in this article, but we will also be highlighting its cultural significance to better give you an idea about this delicacy.

That’s right! Sachima is popularly acknowledged as the Chinese pastry. It is also written as saqima or Shaqima, but don’t get stuck in the semantics for these recipes. Let’s get more into the history and secrets behind its epic taste. Well, this little pastry was originated in the Northeastern region of China–Manchus.

Ever heard of the place? Well, now you know it!

From this specific region, Sachima spread throughout the entirety of China. Today, it has even crossed the borders so that more people can enjoy it in different styles and varieties.

The taste usually varies according to the different regions of China, as people will use ingredients more suitable to their taste and dietary preferences. However, one thing people couldn’t change about Sachima was its appealing appearance. These compact fried dough strips, dipped in the sugary syrup, have been available in their glazed form since centuries ago.

Sachima is basically made out of fried flour dough, which turns fluffy after a few minutes of deep-frying. Then, the cooled flour dough in the form of strips is tossed with a special sugar mixture which is thick and shiny. In the end, people make it crisp by adding seeds or nuts, as per their choice.

Here, we have pretty much summed up the entire recipe. 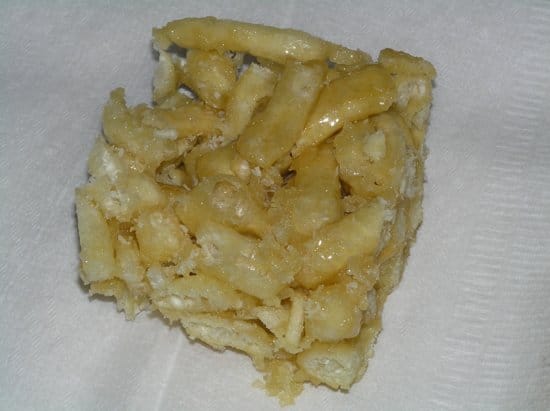 But the ratio of the ingredients is the most essential part in getting the best taste and texture. That crispy texture of the juicy, sugar-dough strips is what makes Sachima extra special. If you compare it with American Rice Krispies treats, both have some similarities. So, you can also call Sachima the Chinese Rice Krispies, although they have a lot more sweetness than their American counterpart.

Though it’s not required, Sachima is often prepared with a good amount of sugar or maltose sugars; sometimes the sweetness is kept contained as per the regional preferences. That adds more variety to the original Sachima recipes. Based on this distinction, here are few of the top-notch Sachima varieties, which are enjoyed in different parts of China.

As described above, Manchu is the birthplace of Sachima! So there is where the most original variety of this dish can be found. It is sweet in taste and is made out of butter, sugar, and flour. This version of Sachima does not contain other ingredients such as toasted seeds, nuts, or dry fruits.

This variety is also commonly used in most parts of Mainland China, where both the kids and adults love it equally.

When you want to enjoy a delicious egg Sachima with mild sweetness, then Cantonese is the variety you should look for. Though it is made from the basic Sachima recipe, it also contains some other ingredients which mask the sweetness of the sugars used. Those ingredients can be raisins, sesame seeds, coconut shreds, or dry fruits of your choice.

With the addition of these ingredients, Cantonese Sachima becomes crunchier and chewier in texture. Chinatown chains working overseas mostly offer this particular variety of Sachima, and people living abroad are more familiar with the Cantonese taste. It is not that popular in mainland China, but in Hong Kong, it is loved by all.

Up next, it’s Fujian! It is a commercially manufactured variety of Sachima. It is available in a fully-packed form with various company labels. This commercial product is made out of milk, egg, sugar, malt sugar, vegetable oil, and wheat flour. It also contains sesame seeds. 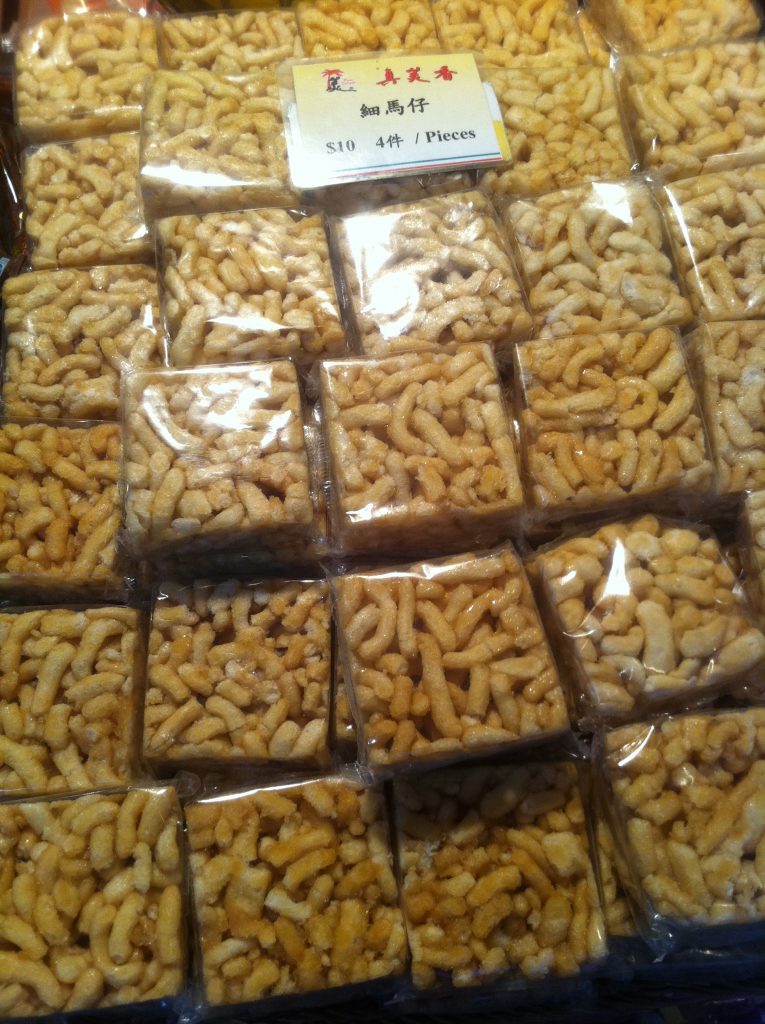 Though many extra ingredients are used in the making of this market variety, the taste is basic and does not compare much to the sweetness of the Cantonese variety. One great advantage of using Fujian Sachima is that you will be saved from all the usual effort. For a busy lifestyle, Fujian is a good alternative to homemade Sachima.

How Nutritious is this Chinese Delicacy?

Now, let’s talk numbers! By that, we mean the nutritional value of the recipe and the ingredients used in it. It is clear that Sachima is a high-carb and high-gluten dessert.

So, people having trouble with carbohydrate or gluten intake can refrain from it. However, using certain alternatives, such as almond flour instead of wheat flour and low-carb sweetener instead of sugar, can allow you to enjoy this recipe without worrying about your health.

Let’s move on and jump to the second-highest nutrient on the list–fats! Since the dough is deep-fried in vegetable oil, it does contain fats, but using plant-based oil makes these fats a bit less unhealthy. These are unsaturated fatty acids, which contain good cholesterol, so they are not so harmful to your cholesterol levels.

By draining the excess oil after frying, you can further reduce the fat content.

Use paper towels to absorb all the excess for more reduction. Moreover, extra oil is also not good for the texture, as it can render the dough strips soggier than usual.

Sachima Calories are determined through the variant of the recipe we use, as well as the serving size. Since it is so rich in sugars, a small amount is enough to pair your meal with. A single piece of sesame Sachima for a single serving (30g) can offer about 250 calories.

Carbohydrates constitute about 32 grams per serving, and total fats are 3g. When you substitute the basic ingredients with their low-carb alternatives, then both the caloric value and the carbohydrate levels alleviate considerably.

To start with the Sachima recipe, first find a bowl of a suitable size and whisk eggs in it. Gradually stir in baking powder and flour. Mix all these ingredients with your hands until they are well combined. It will be sticky at first but will eventually transform into a smooth shape.

You can add more egg if your dough is too dry, or add more flour if the dough is too sticky. Wrap this dough in plastic wrap properly and set it aside for 30 minutes.

Now, lightly flour a working surface and unwrap the prepared dough. Use a rolling pin to roll the dough into a rectangular sheet.  Slice this sheet into thin strips of ½ cm in width. Avoid slicing thick strips, or else it will not look good after frying. Separate the sliced dough using your hands so that they won’t stick during frying. Toss them well, then set them aside.

Now take deep pan or wok and heat enough oil to submerge half of the strips at a time. Avoid over-stuffing the wok, or the strips won’t cook well.  Let the oil heat for seven minutes. Check if the oil is heated by adding a single piece of a strip.  Then, add the remaining strips batch by batch.

Continue flipping the strips during frying so that they will be cooked evenly from all the sides. Fry the strips until they are golden brown. Instantly remove them from the oil using a slotted spoon. Shake off the excess oil to avoid soggy texture. Place these strips in a plate lined with paper towels. Meanwhile, fry the remaining batch of strips and repeat the same process.

Take a medium-sized saucepan and add water to boil. Stir in salt and sugar to the boiling water. Use a wooden chopstick to add malt sugar to the saucepan.

Now, stir-cook this mixture until its temperature reaches 239 degrees Fahrenheit. Either reduce the stove heat to low or remove the saucepan from the heat to maintain this temperature. Then, add the fried dough strips into this sugar mixture. Stir gently to coat all the strips well with the malt syrup. 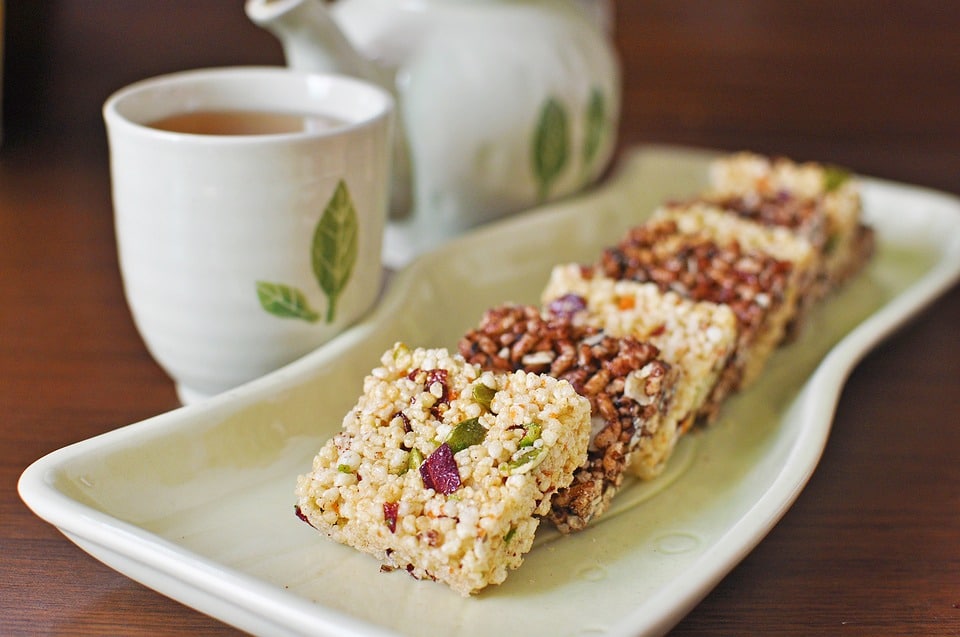 Drizzle sesame seeds on top and stir again to evenly spread the sesame seeds into the strips. Transfer the fried dough strips into a greased rectangular mold. You can also use any greased baking pan for this purpose. Tightly press the mixture into the mold with your hand. Allow it to cool, then flip the mold onto a plate.

Your Sachima is ready to serve. Slice it into bite-size square pieces using a sharp knife.

If you do not easily find maltose sugar in the stores near you, then no worries! Use honey instead. It will give a similar sticky texture to the sugar syrup that you’ll coat on the strips.

Here are some creative ideas for you to make the Sachima more delicious: You can add finely chopped nuts to the fried dough instead of sesame seeds, or use both. Try adding more flavors with chopped raisins or cranberry.

Here, a 6-inch non-stick square mold is used to make the Sachima, but you can also use other sizes based on the quantity of the Sachima you are preparing at any given time. Remember to grease whichever pans or molds you use, to avoid sticking.

People love Sachima for its amazing, sugary coating, and that is what makes it special. Despite being a traditional Chinese recipe, it is popular in many other regions of the world because of the immensity of flavor it provides. Take the sesame seeds for example–they not only add admirable taste to the fried dough, but also enhance the nutritional value of the dish.

A bite of Sachima as a light dessert or an evening snack is enough to quench your cravings for the day. We recommend keeping the Sachima stored in a sealed container kept in a cool, dry place, to enjoy whenever needed. You can also serve it along with morning tea, or during the work break.

Perhaps the sugar content of the fried strips can even give you a much-needed energy boost. If you add crunchy nuts or dried fruits, these will also add to its nutritional value, taste, and aroma. 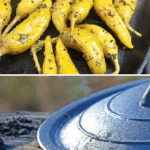 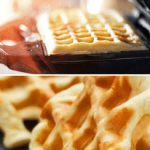