Speaking honestly, if you’re looking for a person who loves Japanese food and culture, you’re going to have a hard time finding someone that’s more dedicated to nihon ryori to nihon bunka (the words for Japanese cuisine and culture).

Sometimes, I challenge myself to discover new recipes so that I can broaden my horizons, and as a result, I’ve created uniquely Japanese dishes like torisashi and basashi that I have truly come to love. This time around, I am going to try out another delicious dish – this time, I’ll be making a meal from Chiba prefecture, which is called sangayaki.

As you might expect, this dish originated in the greater Tokyo area, which is where you can find Chiba nestled in the Kanto region of the city. Sangayaki, which is also sometimes referred to as sanga-yaki, is a grilled variation of the popular namero dish that you can find around Chiba.

Just for your reference, the yaki in sanga-yaki just means fried or grilled, so what does the sanga portion of the dish mean?

Well, the sanga part of this dish is a compound word that is a combination of the word for mountains and rivers and the word for family. This is a major indicator of how, in ancient times, this dish became a staple for the residents of hilly Chiba prefecture.

In any situation, this dish came about as a result of the heavy fisherman presence around Tokyo in ancient and modern times. In many cases, namero was prepared from much of the fish that came through the ancient city, and as a result, various ways to prepare the fish were established. The term sanga-yaki was created as something of a catch-all for the various versions of the delicacy. 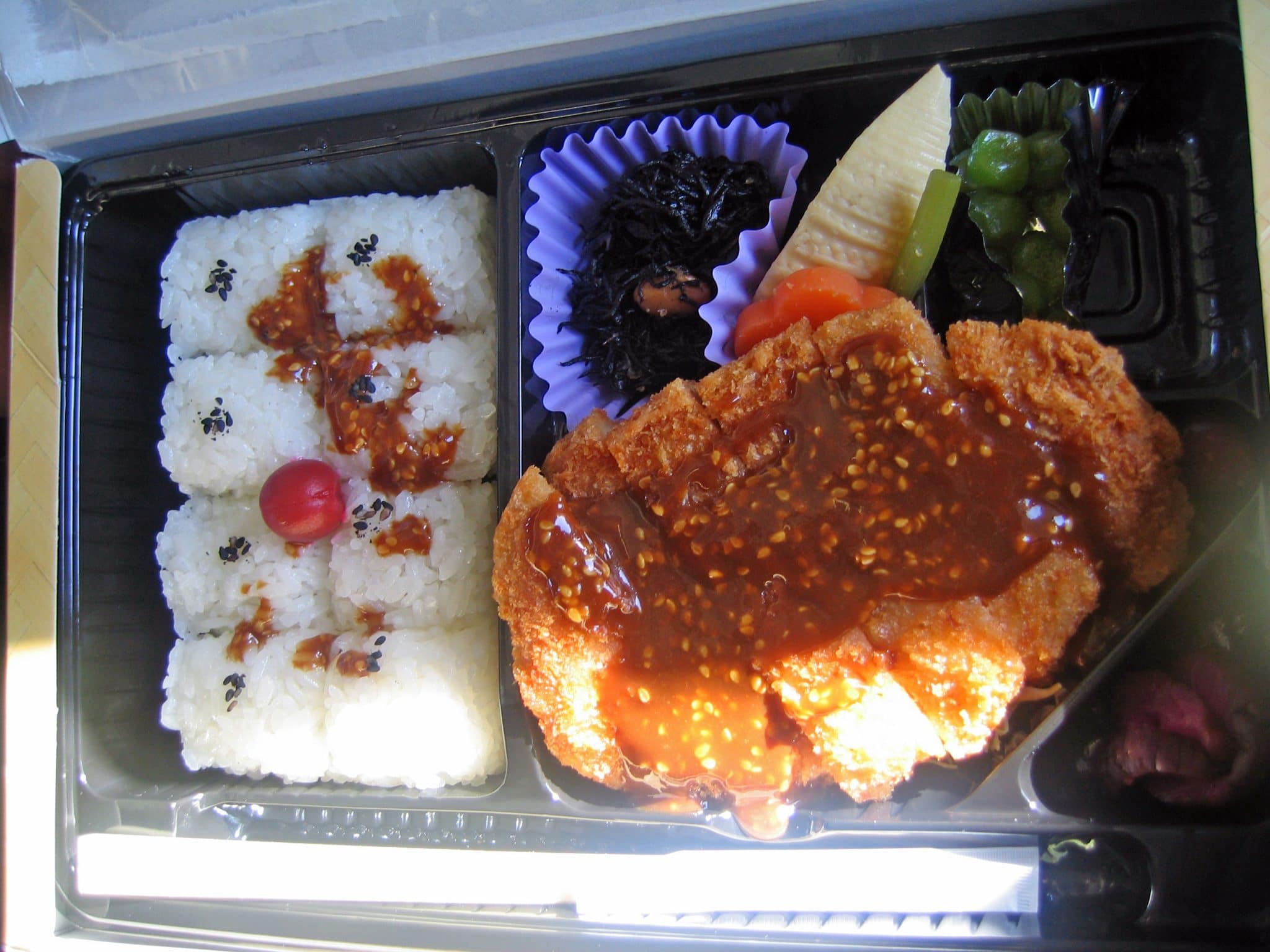 How to Serve Up the Dish

If you’re looking to make this dish up as traditionally as possible, then you simply can’t go wrong with warm sake. Even cold sake will bring out the flavors in the dish, and you’ll be pleased with how well this pairing works when you’re spending some time with friends that want to dine and drink at your home.

In addition to the drink, you can also serve up your sangayaki with some rice, and I find that onigiri combined with minced and grilled fish works exceptionally well when you’re just looking to fill up a bento box for lunchtime.

As I mentioned, you can find a plethora of versions of this dish, so it’s crucial to have an idea of what’s available. Let’s take a look at some of my favorite variations of the dish as well as how to prepare them. I’ll even provide a fairly brief flavor profile so that you can have an understanding of precisely what each dish has to offer, especially for the palate of a diner that doesn’t have a lot of experience with Japanese cooking. 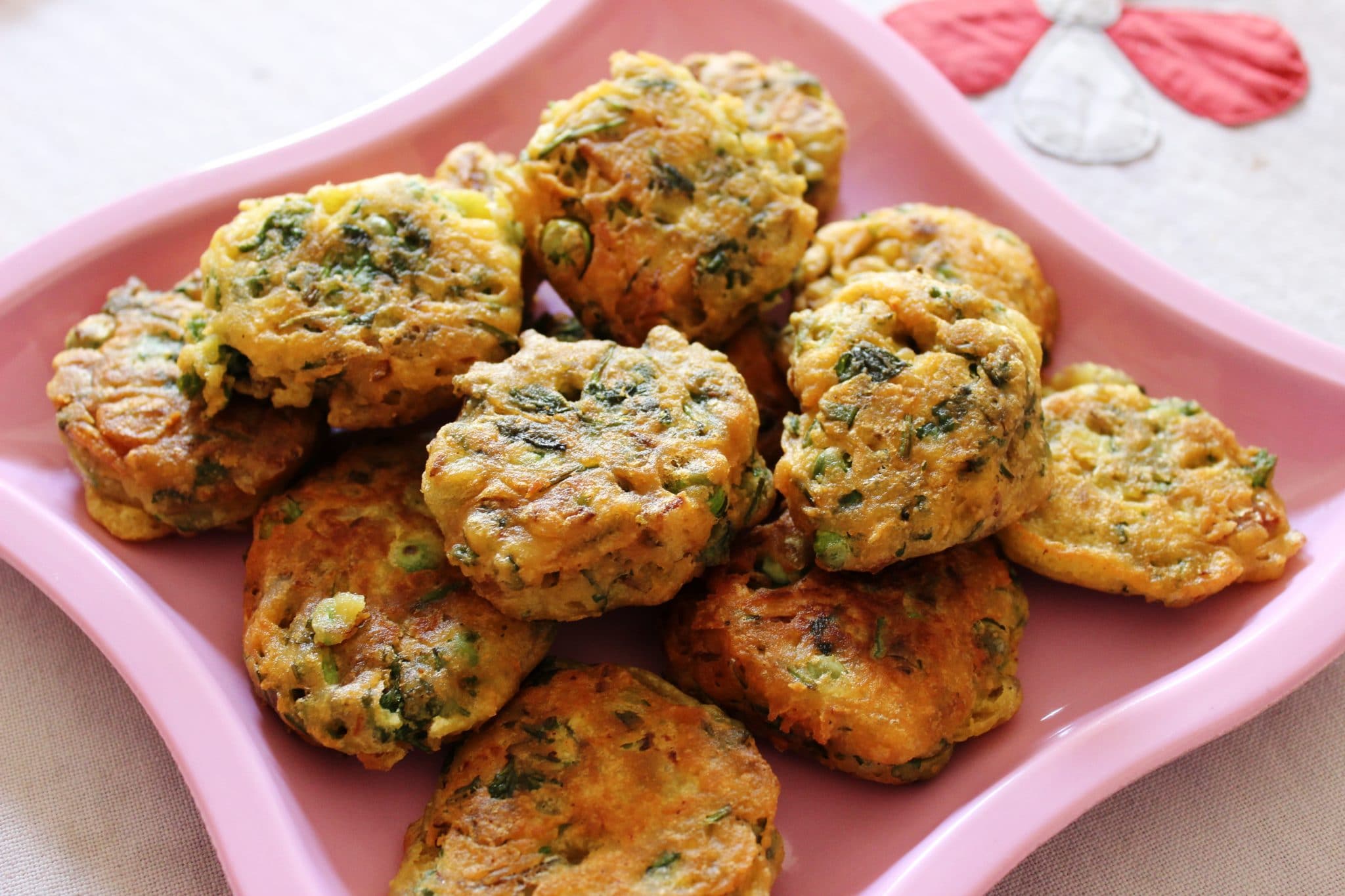 While this variation of the dish may remind you of basashi due to the usage of horse in its name, there’s no actual horsemeat in this dish. This variation uses horse mackerel, which is a common Japanese mackerel that you can find in the waters around Tokyo.

This was one of the more common forms of the dish in ancient times, and fisherman with nets loaded with horse mackerel would relish in making namero and sanga-yaki out of the fish.

In fact, the term namerou means “lick” in Japanese, and the reason that the horse mackerel version was initially named this is because of the tendency for the diner to want to lick the dish after eating the meal, and the grilled variation is just as delicious. 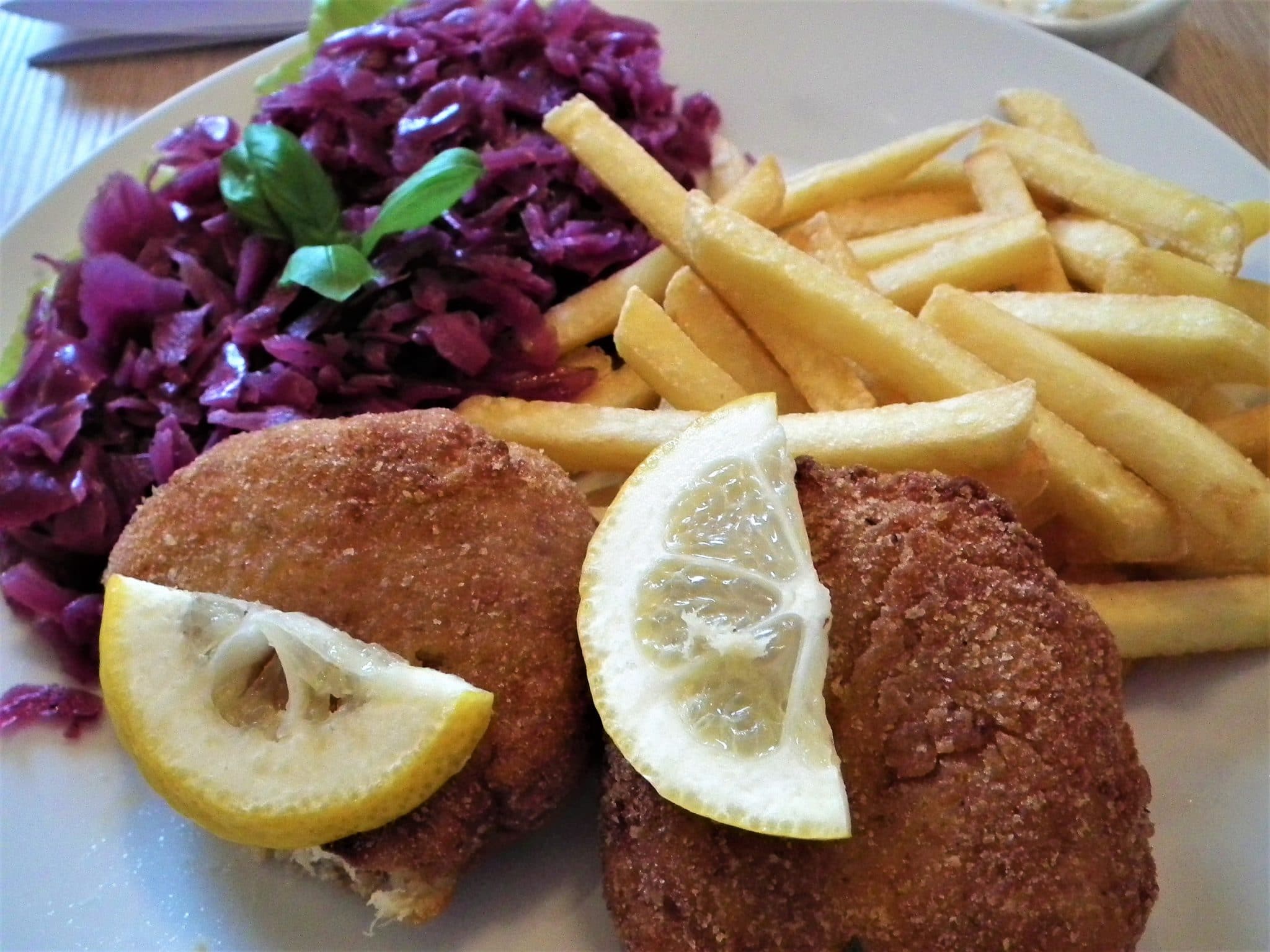 Omitting the head, internal organs, skin, and the tail of the mackerel, chop the flesh of this fish up finely so that it takes on a minced consistency. Sometimes, I find using a grinding bowl and a pestle is very useful for making something of a horse mackerel mash. Combine the Japanese onions, the leeks, and the sesame oil and mash them together until they are thoroughly mixed. In Japan, this mixture is called namero, and it is a popular dish that’s served raw in many areas of the county, especially Chiba.

Next, add a little moisture to your hands and use them to create patties out of the fish mixture. You can then add the beefsteak plant to the sides of the patties. After you’ve made all of your patties, heat your sesame oil, and you can cook your patties evenly in your pan. Most namero is served raw, but you should fry or grill this variation for about two minutes per side. This variation can be served with daikon radish on the side, and you can season it with your chili powder to taste. Use the sesame seeds as a garnish for the dish.

If you are looking for a variation with a truly fishy taste, then you can try Iwashi no sanga-yaki. This version of the dish uses sardines and white leeks to craft a truly flavorful variation on this old Chiba standby. If you haven’t figured it out by now, Iwashi is the Japanese word for sardines, and the natural flavor of this fish provides a delicious contrast to the horse mackerel variation. In my opinion, this dish is significantly fishier, but the flavor of many of the non-fish components makes this a truly delicious dish to try out. 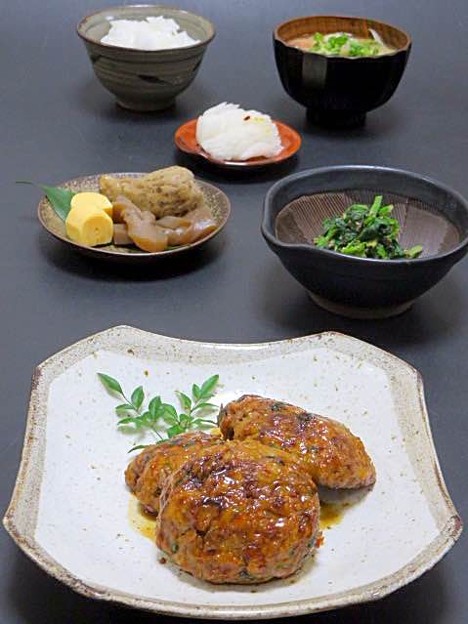 When I make the sardine variation, I typically prepare the vegetable part of the dish first. This means that you will chop up my scallions, white leeks, and red pepper very finely into a medium-sized bowl. Next, you can open up your sardine can, drain the oil (or water), and add the fish to the bowl. After you’ve added the fish, place your miso in the bowl, and then use your hands or a blender to combine all of the ingredients so that you can make individual namero croquettes. Typically, my patties are a little larger than a tablespoon.

Next, drizzle the balls of namero with a small amount of flower and sesame oil, place them on the grill or atop a broiler pan, and cook them until they start to brown significantly. Don’t forget to turn them so that both sides get nice and browned.

Not everyone is a fan of fish, and if you still want to try out this Chiba mainstay, then you can have it with chicken so that you don’t have to have that fishy aftertaste. I think that we can all agree that fish has a very different texture when compared to chicken, so it’s best to use minced chicken for tori no sanga-yaki so that you can still have that flaky texture when you eat the dish. For me, this is a great bento box-style lunch that ensures that you won’t annoy your coworkers with the fishy smell of the traditional variation of the dish. 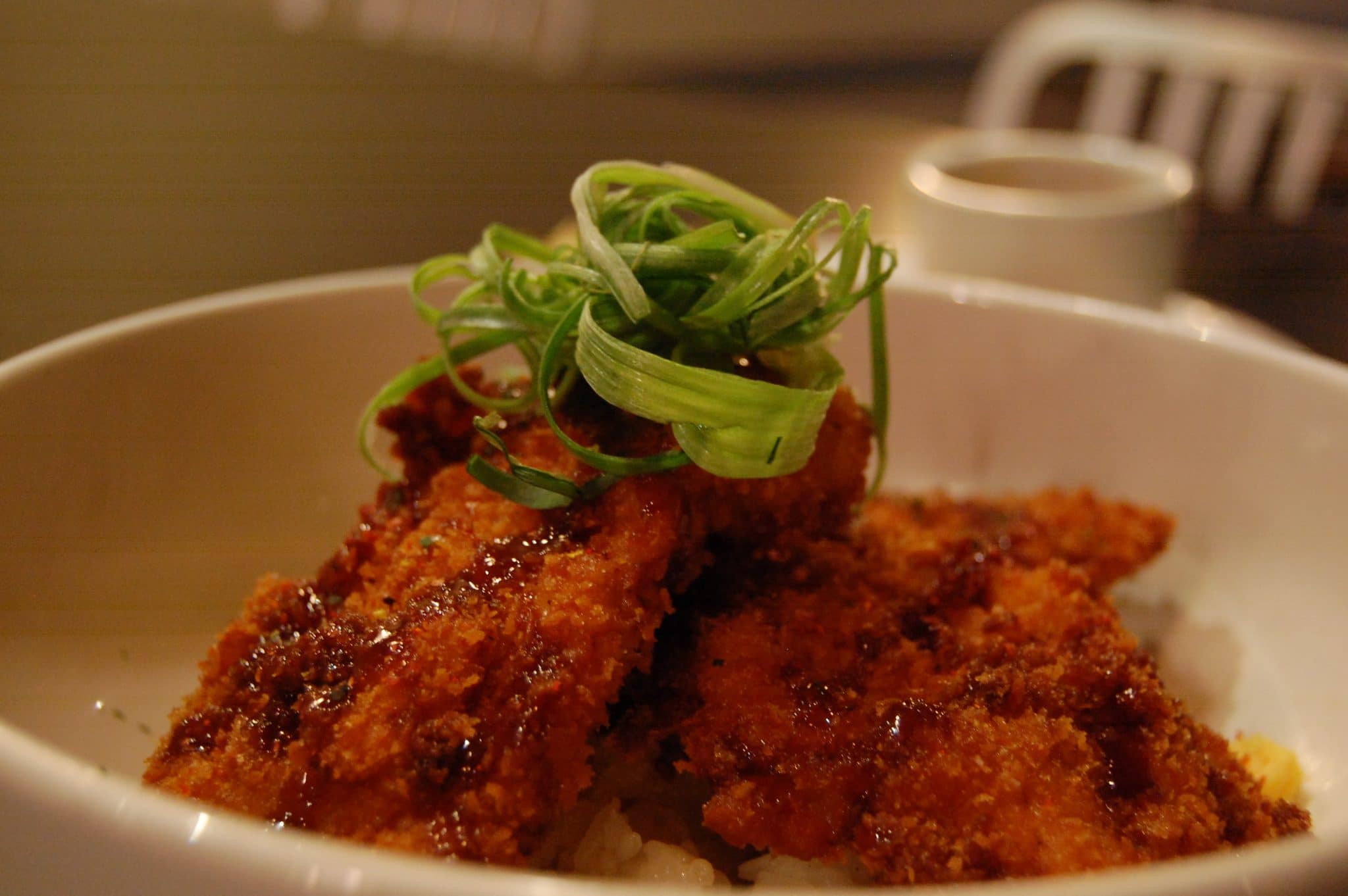 With this fishless variety, I like to add a bit of cooking sake to spice things up a bit. To start, you should mince up your chicken using a food processor so that it becomes very fine. Chop up your leek stalk and your Japanese long onion until they are very finely minced. Next, combine your chicken, miso, the sake, and your veggies into balls and place them into your pan that has been coated in the sesame oil and cook until both sides of your sanga-yaki are a deep brown.

If you’re looking for a very Chiba-esque variation of this dish, you can pour hot tea over your sanga-yaki. This is a delicious variation just to eat when you’re hungry, but if you’re planning on making this bento-style, then ochazuke isn’t very practical. 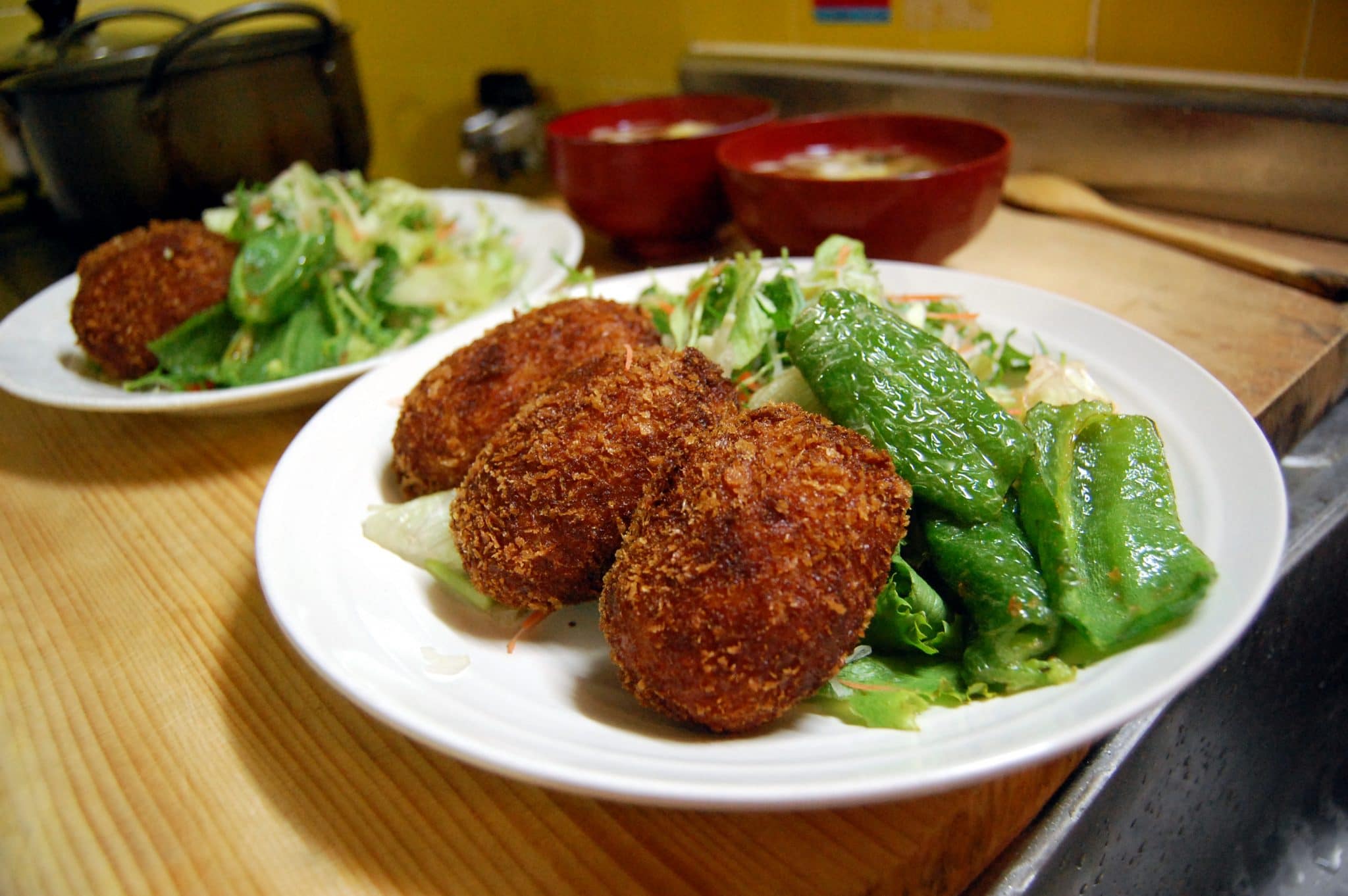 This is one of my favorite Japanese dishes due to its versatility. Simply put, you can make it up with a plethora of fresh sea and river fish, and you’ll always get a unique and delicious flavor. As you can see from the recipes that I selected, sangayaki can even be prepared without fish, so give it a try! 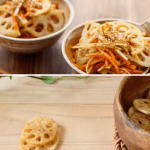 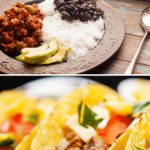