I have long considered the sensation of a hot pepper to be one of the most enjoyable in the world of food, and that is especially true for the wonderful scotch bonnet pepper.

The first time I ever had one was with at a Jamaican jerk chicken stand; a huge jar was right there on the counter with scotch bonnets fermenting inside, and the spice that the scotch bonnet brought to the chicken was incredible and like nothing else I’d ever tasted before, even as a fan of spicy food.

My love for peppery food is so immense that I’ve made it a habit to add ground chili pepper to any takeout food I order. Most restaurants are operating on a very weak definition of the word “spicy,” though that is admittedly more the fault of sensitive clientele than the chefs themselves.

I love the taste of extreme spice. Call me crazy; I take it as a compliment. So in love with pepper am I that I have taken it upon myself to read about its numerous species. 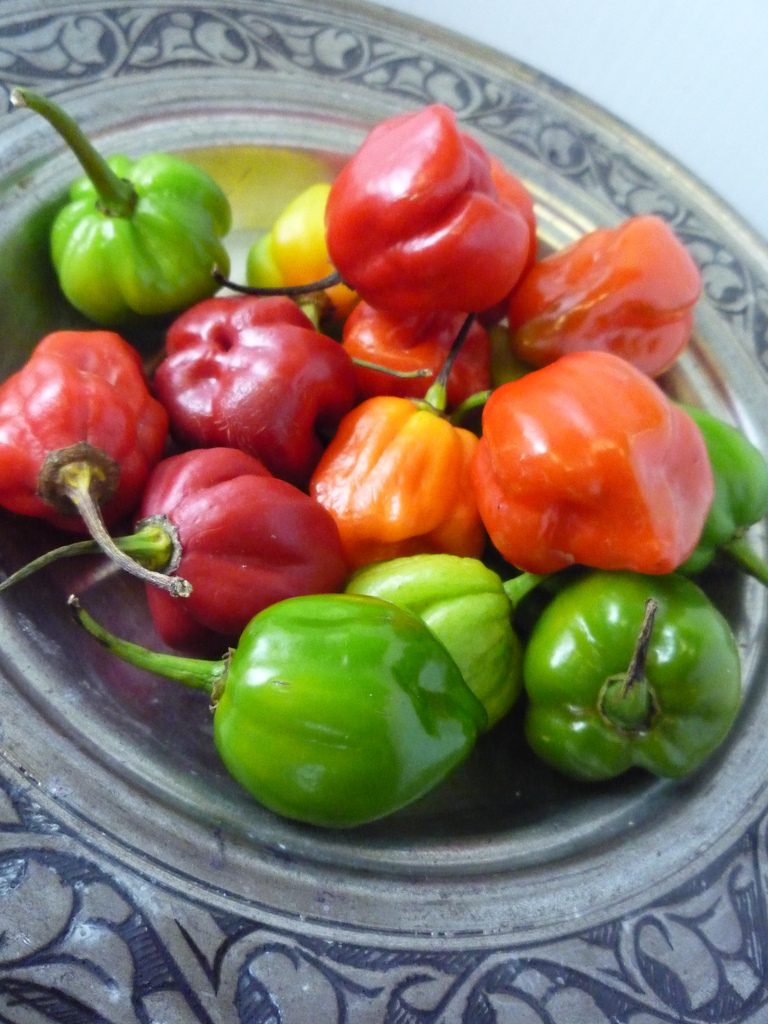 One of the first chillies I decided to look into were the spicy Scotch bonnet chillies. Read on as we explore the scotch bonnet pepper plant and how it is grown.

What Exactly is the Scotch Bonnet Pepper Plant?

Scotch bonnet pepper, also known as Bonney pepper or Caribbean red pepper, is one of the major cooking peppers, well-known for its profound hotness and incredible spiciness.

History has it that it gets its name from its shape, which corresponds to that of a Scotsman’s bonnet traditionally called a Tam o’Shanter hat. This contributes to the Scotch bonnet pepper dimensions; 1.5 inches tall with four globular ridges at the bottom.

Prevalent in the Caribbean, it possesses characteristics similar to those of the habanero (another very popular spicy Caribbean pepper) with a slight difference in the aspect of sweetness.

Most Scotch bonnet peppers have a heat rating of 80,000 to 400,000 Scoville units (the standard unit for measuring the hotness of spices), which is a really high level of hotness. For reference, a jalapeno only measures up to between 1,000 and 10,000 Scoville units.

A dab’ll do you: to make that unique difference in your meals, only a small amount is needed. A small one or a low number of grains in its powdery form will still add a great deal of spiciness to your meal. 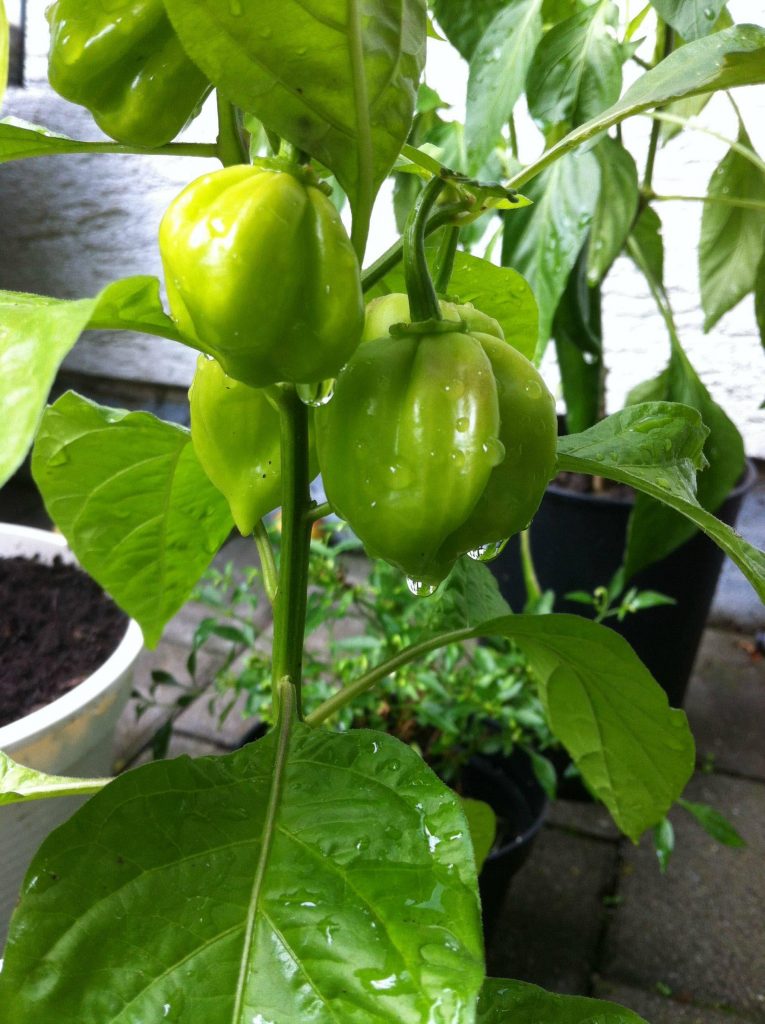 You don’t just go through them (Scotch bonnet chilies) by using one or two to spice up a dish; you maximize their potential by using them up in sauces.

Decorated chefs and experienced cooks have confirmed that restaurants would do well to incorporate the Caribbean red peppers into dishes generally, owing to the distinctiveness of Scotch bonnet peppers.

After all, they have nothing to lose, since these special vegetables (Scotch bonnet chilies) have varieties which can effectively blend in various condiments and cuisines.

There’s also the Dried Scotch Bonnet pepper; these ones are dark brownish-red in color and just like their fresh counterparts, they are extremely hot and serve as perfect alternatives to the habanero.

Scotch bonnet peppers differ in colors. Thanks to the different appearances of these peppers, individuals are able to use them to spice up almost any meal they desire. They include green, scarlet red, chocolate brown, pumpkin orange and lemon yellow just to mention a few.

The scotch bonnet chocolate is specifically a Jamaican pepper. Though scotch bonnet peppers mainly grow in the Caribbean, this one can be found thriving on the shores of Jamaica. 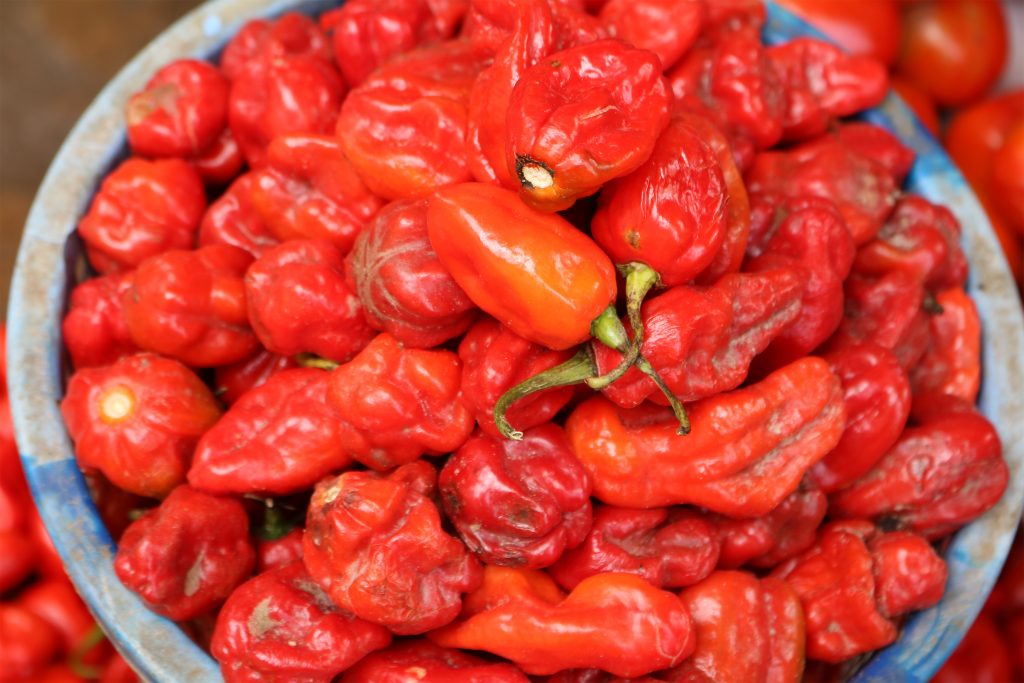 Its fruity and peppery flavor makes it a perfect item for the Jamaican cuisine as well as a suitable ingredient for the Caribbean Scotch bonnet pepper sauce. The scotch bonnet chocolate is dark green in its unripe state but when ripe, it turns chocolate brown.

Scotch bonnet red, on the other hand, is usually pale green when unripe but turns bright red once it matures.

It is quite difficult to explain the flavor of this pepper, but I strongly recommend you use it in your pasta dishes; it will give your pasta sauce a whole new definition.

The last one I will discuss is the scotch bonnet Burkina yellow which comes from an African plant. It is a rare variety, so rare that it’s the dream of every pepper collector. Luckily for you, the guide to planting it can be found below. Know that I have saved the best for the last.

One thing you should know is that the Yellow scotch bonnet pepper is extremely hot and you must exercise great care when adding it to your dish. 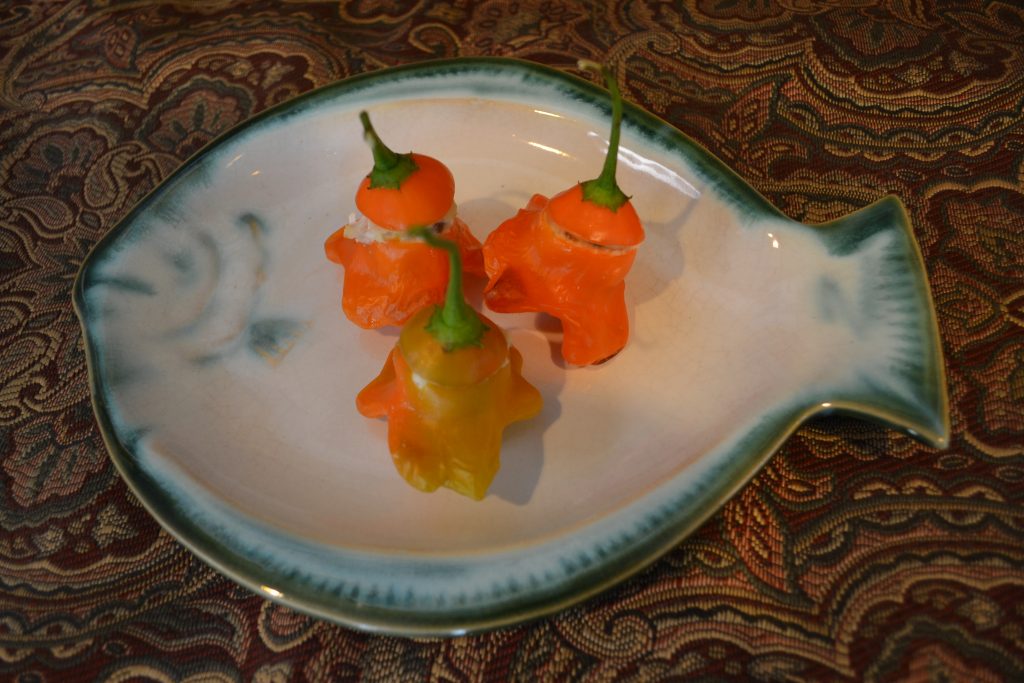 Its taste is unique and different from all other varieties of scotch bonnet peppers; thus it is one of the main reasons behind the fantastic taste of Caribbean dishes. It’s color when unripe is light green but when it ripens, it becomes lemon yellow.

My unquenchable interest in hot peppers didn’t stop at just finding out their origin and varieties — it drove me to embrace the skill of growing them from the earth in my very own backyard.

Since they are only common in the Caribbean and Central America, I had to place an order online for the Scotch bonnet seeds for planting.

Thereafter, I took online tutorials to find out the best methods of planting. I practiced them a great deal and now I can confidently say that I have gained some mastery of them.

Believe me when I tell you that growing peppers is rather easy, but you have to take into account the fact that peppers can be both temperamental and picky. Nonetheless, I will readily share with you the steps required for growing Scotch bonnet peppers.

How to Grow Scotch Bonnet Peppers?

Here’s how to grow the prestigious Yellow scotch bonnet pepper. Let me begin with the necessary prerequisites: 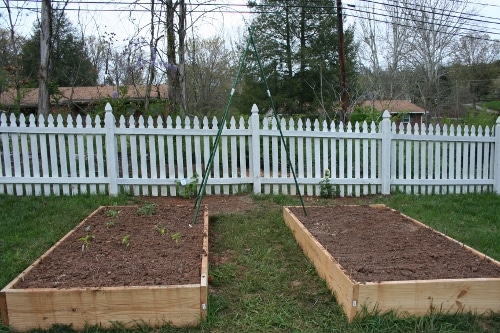 Choose a sunny spot in a garden. Peppers grow well with plenty of sun and warm soil. I suggest you use a raised bed or an area of a garden with good drainage.

Grow the seedlings indoors yourself or buy them from a well-stocked nursery instead to save time. In Mediterranean regions, Scotch bonnet pepper seedlings go into the ground in May. At this period, the air temperature at night is just above 55 degrees Fahrenheit.

Then as for those in areas with winter, planting of the seedling is done usually about one week before St. Patty’s day (17th March) or about 8 to 10 weeks before the last snow falls.

Useful Tips to Note When Growing

Caution: wear gloves to handle pepper plants and harvested peppers. Never wipe your eyes after handling the peppers; thoroughly wash your hands and other parts of your body that come in contact with them.

The scotch bonnet pepper plant is a crop that would grow in the corners of every neighborhood if I had it my way.

Don’t take it from me, though. Its immense contribution to life in the area of flavor and spice is reason enough why you shouldn’t hesitate to start growing hot peppers! 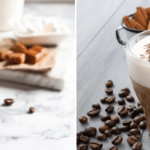 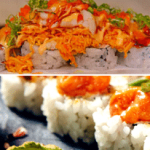