Shirako (sometimes spelled shiraku) is perhaps Japan’s weirdest dish. While this white paste may look like mayonnaise, it’s actually fish semen. Served on top of rice, fried in tempura batter, or even on top of custard, this dish is revered for its rich, velvety texture and mild sea-like taste. 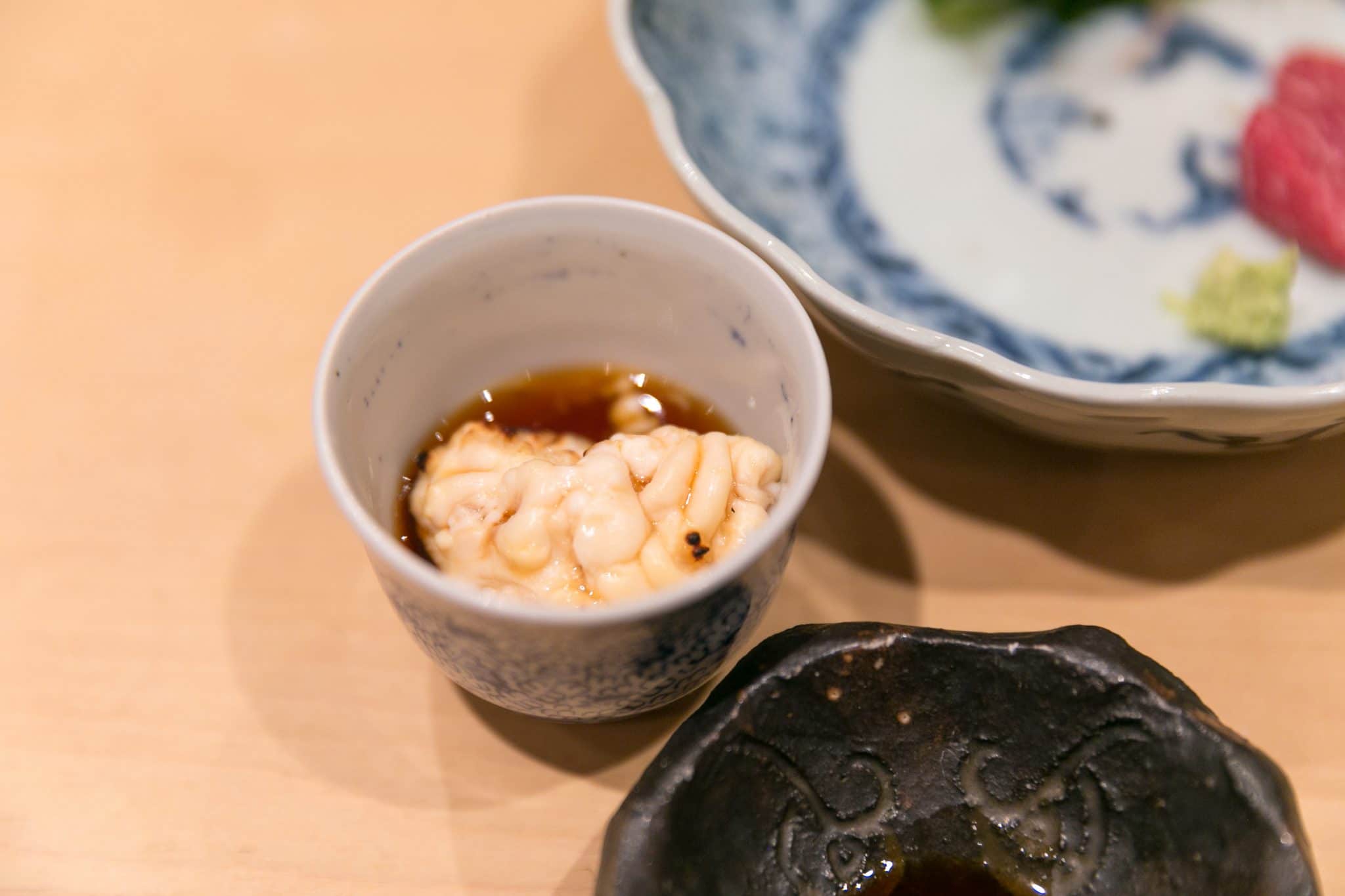 Yes. It’s not even that weird, really. We eat roe, which is fish eggs, so why not fish semen? While shirako is a bit more difficult to harvest, it’s not really any more disgusting than a number of foods I could name. Shirako’s taste and texture are quite pleasant, meaning that many people who would otherwise be grossed out find it somewhat enjoyable.

Not only do people actually like shirako, it’s not the only name for fish sperm. In the US, we refer to it as fish milt instead, but it’s the same thing. Tuna milt is a normal thing to put on pasta in Sicily, while Romanians enjoy fried milt from freshwater fish, like carp. You can even find octopus and mollusk milt, although it’s a bit less common. In other words, people enjoy eating fish semen all over the world.

Milt is sometimes harvested by hand, but the easiest way to harvest it is to simply retrieve milt from the genitals of a dead fish. This also makes it easier to handle, since it’s packaged in a fish organ. Chefs occasionally pierce this membrane when they prepare milt dishes to work directly with the gel-like milt, but not always.

The Best Kind Of Shirako 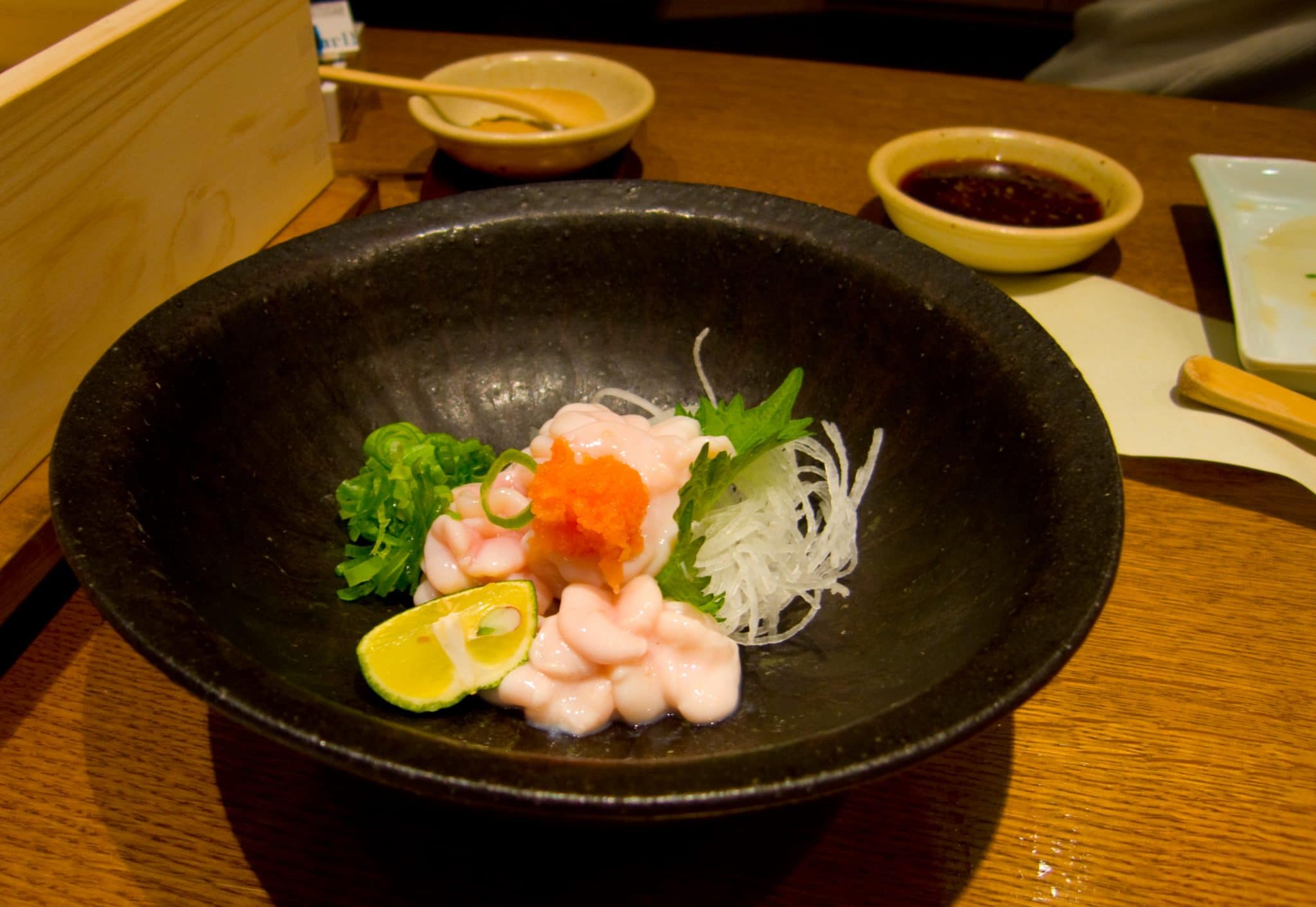 If you’re new to eating fish semen, I’d suggest trying shirako tempura first. You can make pretty much anything enjoyable if you coat it in tempura batter and fry it. Shirako tempura is quite approachable. The contrast in texture between the fried batter and the soft shirako makes it easy to appreciate the dish. While you might not love shirako at first, you’ll at least be able to get some enjoyment out of it when it’s fried in tempura batter.

My personal favorite way to enjoy shirako is in chawanmushi, which is egg custard prepared in a teacup. Shirako is added to either the top of the custard or mixed within, giving you some extra fishy and umami flavors with the dish. It’s another great way to experience what shirako has to offer without getting a bowl of nothing but fish semen. Chawanmushi is also small, inexpensive, and distinctly Japanese.

Of course, if you find that you love the stuff, you can order shirako raw or on top of sushi. I say “on top of” because a common way to present shirako is with “battleship style” sushi. Battleship sushi uses a little ball of sushi rice that’s wrapped in seaweed and then placed on a plate with no fillings. Instead, the shirako (or other toppings) ride on top of the sushi like it’s a boat. This makes it much easier to eat the messy, pudding-like shirako than if it was inside of a roll.

While shirako can be added to soups and other dishes, I frankly think it tends to distract more than help. The flavor of shirako isn’t something I’d describe as potent, so forcing it to compete with bold meat flavors or even a miso broth isn’t necessarily ideal. I think it pairs best with a more mild custard or tempura batter. That’s my opinion, however, so if you think it would go great with a hotpot, feel free to eat lots of soup with shirako! Even if it’s not my favorite, the pleasant fishy taste of shirako definitely can improve a dish.

Finally, one other way to enjoy shirako is grilled. When it’s slow-cooked over a fire, shirako starts to be a bit tighter and slightly firmer. This can make it more palatable for some people and enhances the flavor a little bit. The result is a pleasant entree that does a good job of distracting you from the world around you with a wonderful pairing of flavor and texture.

What Is Octopus Milt?

Shirako isn’t the only way to enjoy the sperm of underwater creatures. Octopus milt is simply octopus semen, either milked from a live octopus or retrieved from sacs from a dead male. I can’t find a lot of information that suggests where octopus milt is commonly eaten, but it’s definitely not unheard of in some circles.

How Expensive Is Shirako? 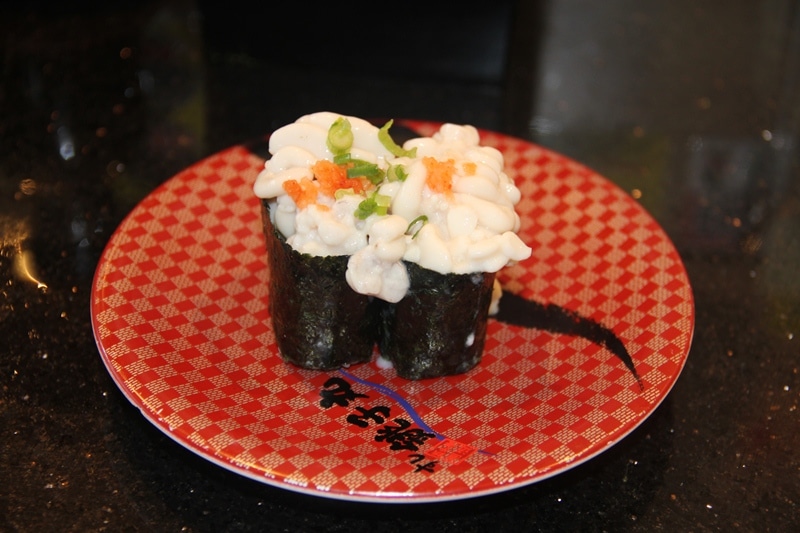 If you’re in the US or some parts of Europe, varies in price a lot. This is because there’s not a lot of demand, so there’s not a lot of point for restaurants and grocery stores to carry milt. The ones that do have it for the occasional foodie and sometimes charge quite a lot for it. Certain restaurants sometimes have dishes that feature milt for less than $20, however, so keep your eyes peeled!

Buying it yourself is somewhat cheaper. If you can find a local store that carries milt, it’s not uncommon to find a large package (that serves 5 or 6) for less than $10. You’ll have to prepare it yourself, of course, but there’s a not a lot of work involved in cooking milt. You’re pretty much just warming it up and serving it.

In Japan, Sicily, and other places where milt is commonly eaten, it’s somewhat more affordable. You can find small dishes with shirako in them for less than $10 in Japan. 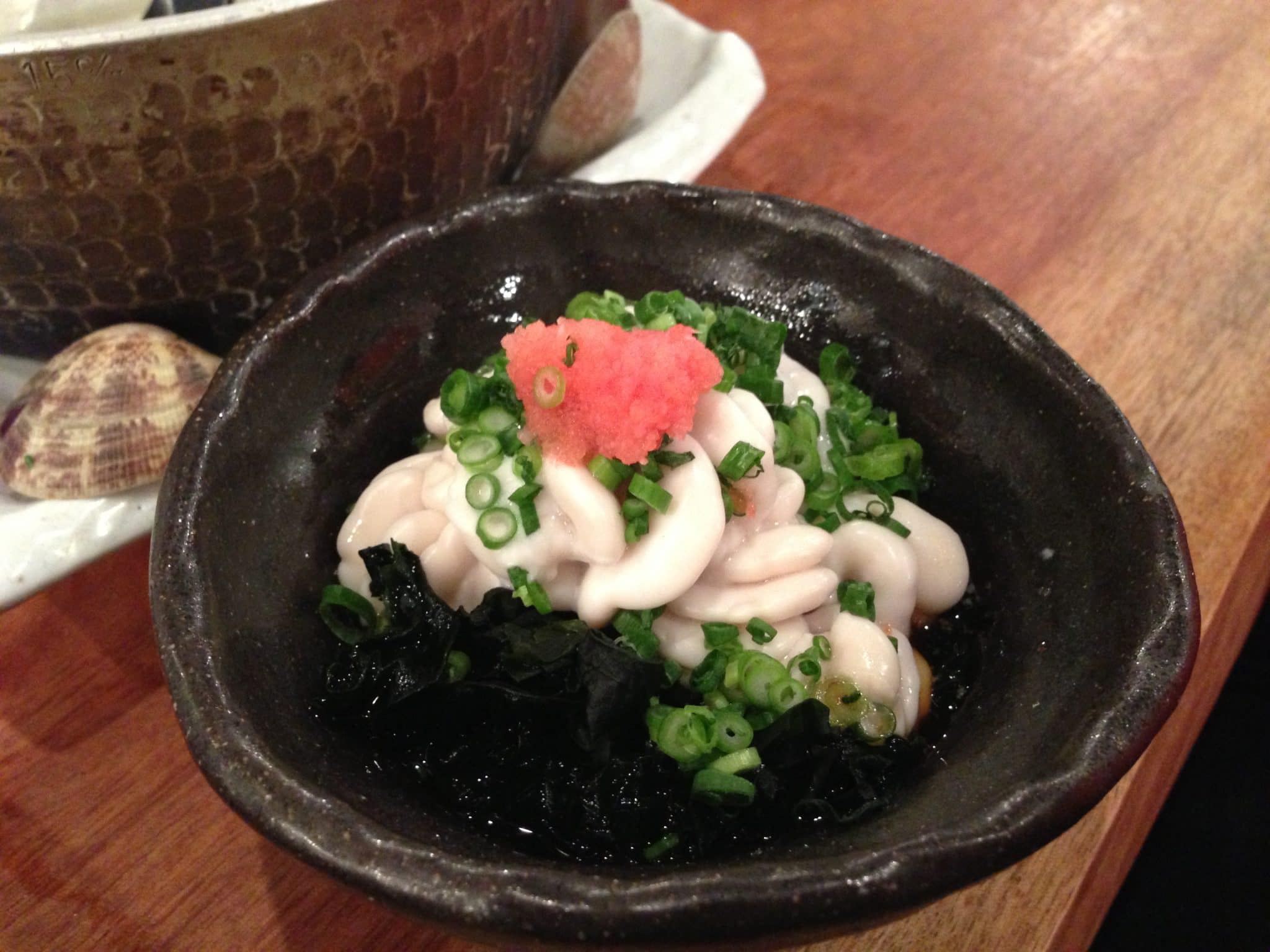 When it comes to odd foods, the real question is how good they taste. Shirako is definitely fairly approachable when it comes to physical enjoyment. In other words, if you didn’t know what you were eating was fish semen, you’d almost certainly enjoy it.

The taste and texture of shirako is perhaps best described as “runny cream cheese.” The flavor itself is quite mild, with a bit of fishy and salty overtones that don’t overpower you so much as they remind you that you’re eating something that came from the ocean. It’s somewhat reminiscent of an oyster if an oyster was a bit milder and had the consistency of thin pudding. Shirako is often augmented with ponzu sauce and other condiments to help give it the boost it needs to really stand out.

One thing to note: shirako does change in texture a little bit as it cooks. You definitely don’t want to have overcooked shirako. Too long on the grill and the semen gets hard and grainy and pretty unpleasant to eat. A little bit of heat, however, can help firm up the edges of the semen pod and give you a bit more to chew on.

Can You Get Shirako In The US? 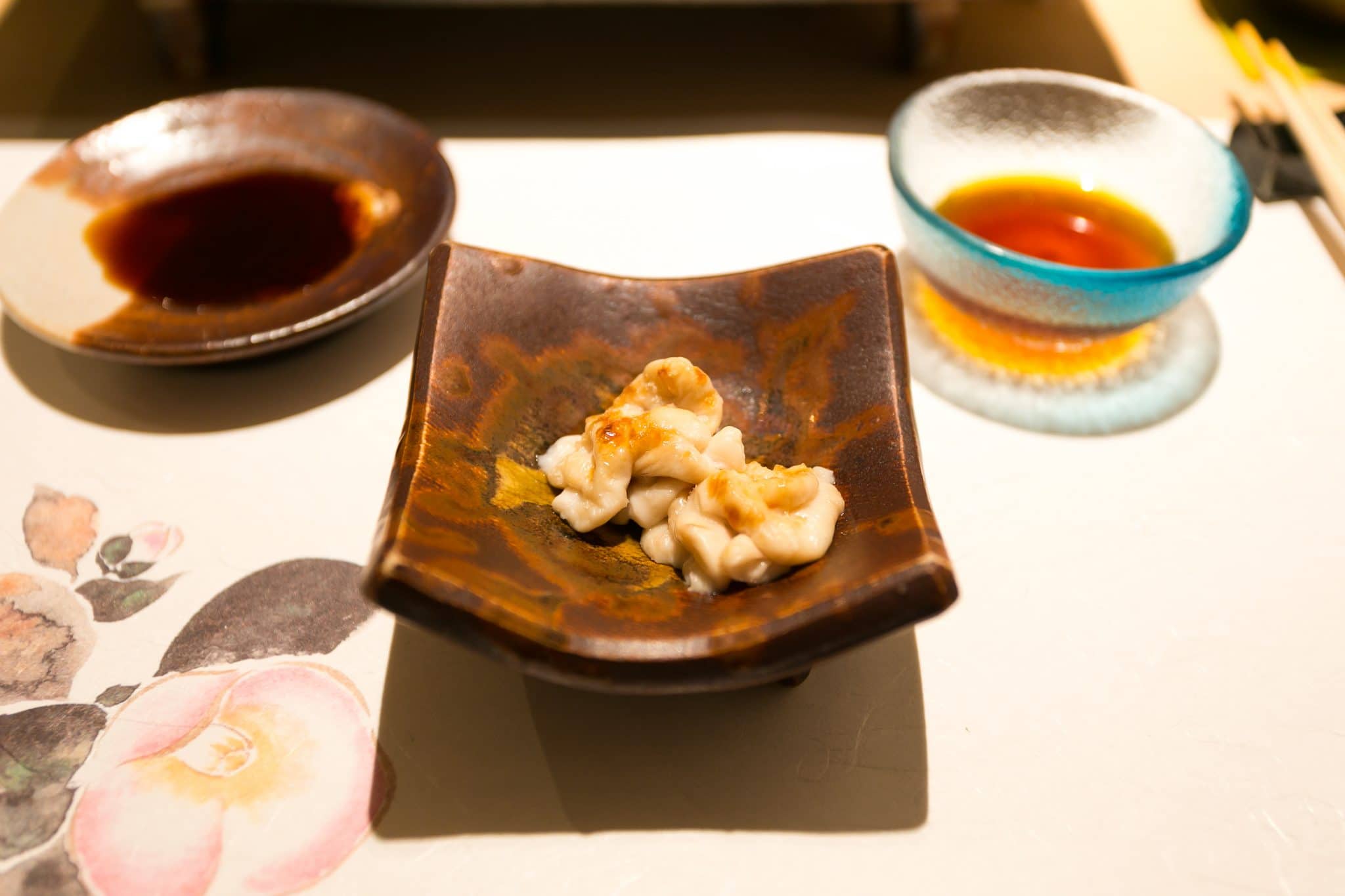 Food is definitely not universal. There are lots of restaurants in the United States that cater to a clientele that may be interested in trying shirako. Some of these restaurants will offer seasonal shirako dishes occasionally. Notably, Chicago and New York seem to be good cities for eating shirako, but you should look around in your area, too.

One thing to consider: ask your favorite local chef to add shirako to their menu! Fish milt isn’t a year-round thing, unfortunately, so they might not be able to accommodate your request right away, but if it’s not too expensive and in-season, your local eatery might start experimenting just for you. Shirako is somewhat accessible, meaning that it’s a pretty nice thing to add to just about any seafood menu. You never know — your favorite sushi joint or gastropub might turn into your local shirako stop.

If you’re really dying for some shirako, the best thing to do is prepare it for yourself. Most shirako dishes involve a really light amount of preparation. Simply sprinkle the shirako with some ponzu sauce and you’re good to go! If you’d like to firm things up a bit, try poaching the milt for about thirty seconds before promptly removing it to a cold water bath.

As far as shirako companions go, you’ll find that they’re also quite easy to prepare. Chawanmushi is pretty much just stock beaten with a few eggs and “battleship-style” sushi can be approximated by serving shirako on a small lump of rice. It’s not quite as nice as the real thing, of course, so don’t skimp out on real sushi rice and seaweed if you have them available. 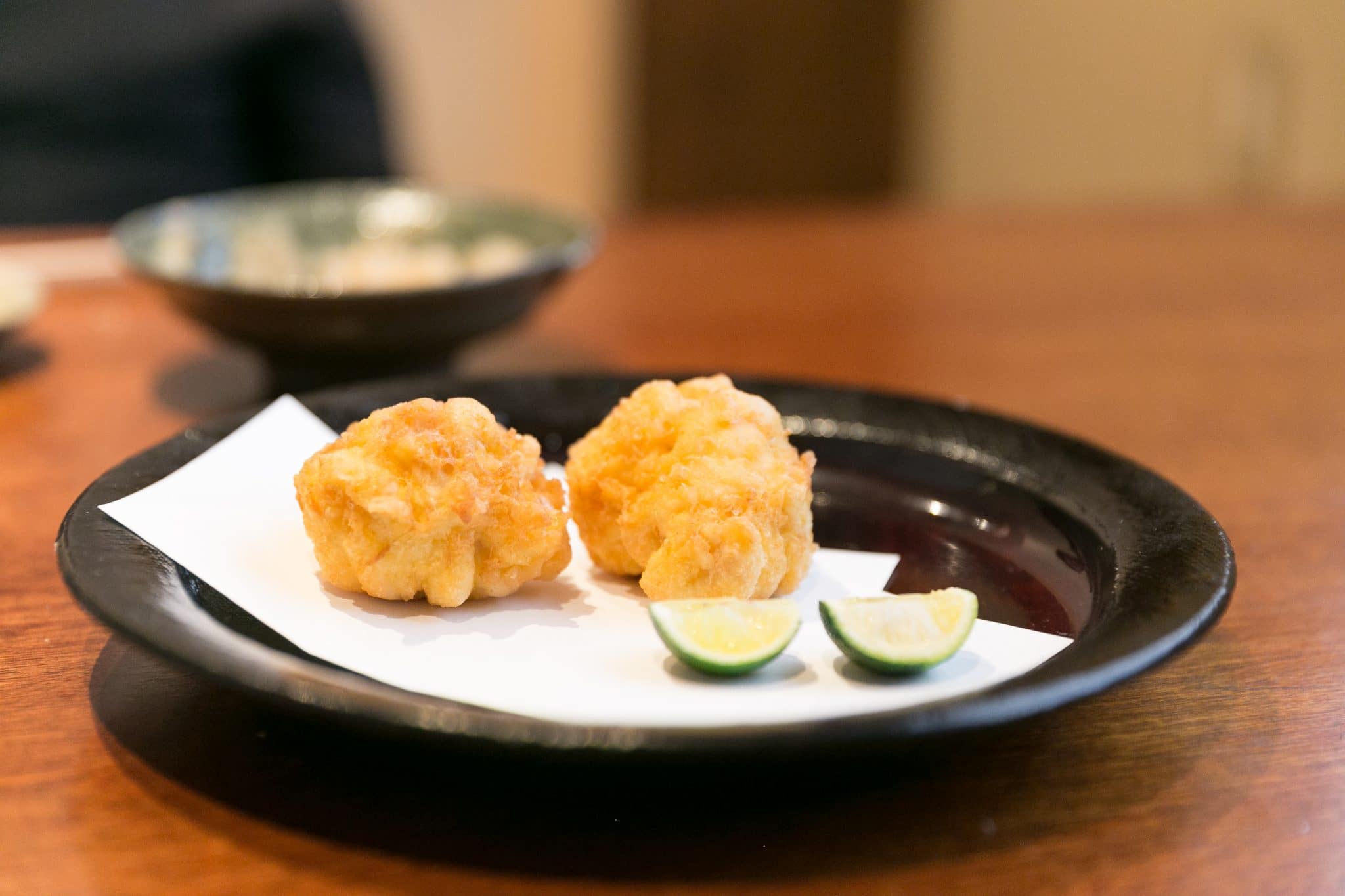 You don’t have to use “authentic” Japanese recipes, either. Shirako has a fairly mild sea-like taste, meaning that it’s a great addition to a variety of western-style dishes. You can serve it over pasta like the Sicilians, spread it on a roll for some light seafood flavor, or even use it as a dip with chips.

There’s one big advantage to preparing Shirako yourself: your guests might not know what they’re eating! It’s always a lot of fun to tell people what’s really in milt after they’ve been enjoying it all evening. Shirako’s delicious taste and unique texture may very well win them over despite its unorthodox nature.

When Is Shirako Season?

Shirako is easiest to find during the winter months. In December through February, it’s usually available in fish markets and specialty stores. Restaurants tend to carry it during this period as well. Outside of this season shirako (and milt) is slightly harder to source, but it’s sometimes still possible to find.

It is worth noting that there are theoretically different seasons for milt from different fish. I haven’t heard of them, but it is possible that there’s a particular type of milt that’s less common but more readily available in the offseason. Ask a local fisherman for more information! 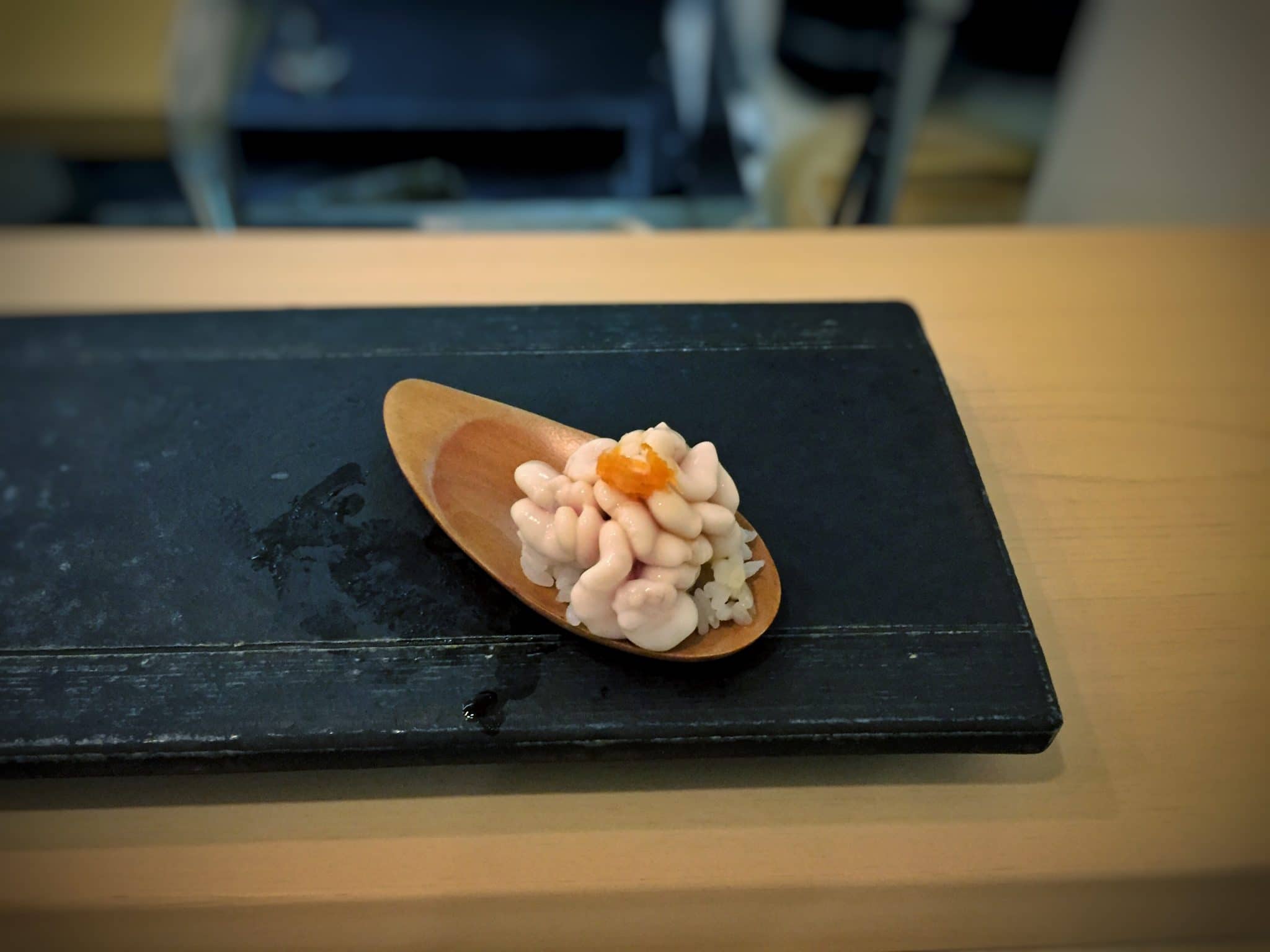 Milt is a term we use to describe fish semen. It’s most commonly acquired by removing semen-filled sacs from a male fish. It’s got a mild, sea-like taste that’s not unlike an oyster, although it’s definitely very different. The combination of flavor and texture of milt makes it highly desired by many cultures, including several Mediterranean nations and Japan. In Japan, milt is called “shirako” and prepared a number of ways. It’s served as a sushi topper, as an addition to hotpots, as a standalone entree raw and grilled, and mixed with a flavorful egg custard. It’s also available as a tempura filling, giving you a wonderful blend of textures with just the right amount of seafood taste.

Shirako is mild enough that you shouldn’t be intimidated or threatened by it, even if you’re a seafood novice. While it’s made from an unusual part of a fish, the combination of flavor and texture is quite pleasant for most people. If you happen to find some shirako near you, give it a try! You’ll discover a wonderful delicacy that few Americans have ever eaten.

Of course, the hardest part about eating shirako is figuring out where to go. In Japan, simply head into your favorite seafood shop. There’s a good chance shirako will be on the menu. If you’re not in Japan it might be a bit harder to find. Look for local stores and restaurants with milt on the menu and see what’s out there. While you probably can’t find milt all of the time, it’s certainly not impossible to find in major US cities during the right season.

Whether you decide you love the taste of shirako, you hate it, or you’re completely indifferent, you’ll have gained an interesting memory. Best of all, when your friends start talking about the weirdest things that they’ve eaten, you’ll have a pretty big leg up! There’s no way they’ll top milt, meaning you’ll be the boldest and most adventurous person in the room.