It’s another lazy day and you’re craving seafood, cheese, and meat, with maybe a little crunch. Immediately the answer comes to us—shrimp and beef nachos! It’s so simple and quick to make, it’s almost surreal. Plus, there’s the bonus of cheese. Cheese is always good. Always. Every time.

Nachos come in different varieties, toppings, and sometimes even different names. It’s a lot to take in and you might even get lost in the maze, so I’m going to try and simplify things. Today’s nachos recipe is the shrimp and beef nachos recipe. Let’s get down to it.

Nachos had their origin traced to Northern Mexico. I’m not surprised though, as I’ve always felt that the Latino culture knew its way around food. The dish is basically made up of fried corn tortillas or tortilla chips (totopos) doused in melted cheese and sliced jalapeños or chili peppers.

In this very simple form, nachos can be eaten as a snack. Add more ingredients and voilà! You have a meal. Such flexible deliciousness. The original chef, Ignacio “Nacho” Anaya, is credited with creating the dish in about 1943.

Now, it’s very important that you not confuse this dish with tacos. I once met a little boy who cried to his mother that he wanted nachos. She bought him some, but the boy kept wailing. He said he wanted the nachos you could hold, not the chip type. He wanted tacos.

Tacos, just like nachos, are made from tortilla chips. But the difference is that tacos are soft tortilla chips and are fairly large by comparison. Nachos, on the other hand, are crisp, crunchy chips. Both can be “stuffed.” Now that that’s cleared up, how do we use Nachos?

How to Do Nachos the Right Way 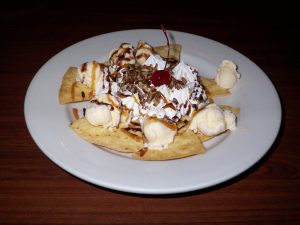 Believe it or not, there are people who don’t know how to eat Nachos. Some of them just eat the tortilla chips straight from the bag or dip them in ketchup (blech!).

While that’s an idea, it could be so much more!

There are different variations of Nachos so you can easily find one you like and can enjoy.

Nachos vary from the prim and proper style served in classy restaurants to the fast, easy kind sold at food stands on the side of the road or at the fair. The Nachos sold at food stands usually consist of tortilla chips like Doritos topped with cheese sauce.

Another variation of nachos are ‘dessert nachos‘. I don’t know why they’re called that, but they usually feature anything from cinnamon and sugar on pita chips, to s’mores with marshmallows, to chocolate with crackers.

Then there’s the variation that we’re kind of used to. This would be the classic quartered and fried tostada topped with a layer of refried beans, meat, shredded cheese, and hot sauce.

Barbecue Nachos are also a thing. Here, the cheese is replaced with barbecue sauce. These are quite nontraditional, but nachos all the same. Traditional nachos consist of tortilla chips topped with cheese and jalapenos, as done by the original creator of nachos.

What’s the best time to eat them? 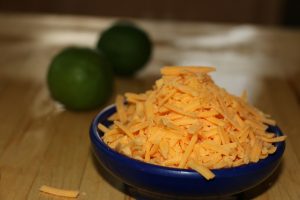 As I said earlier, nachos can be eaten as a snack. Perfect for game night, they also come in handy when you’re entertaining friends and family, at a poolside party, etc. They’re so flexible and easy to whip up, you can put virtually anything edible in nachos!

This means that you can use whatever leftovers are in your fridge and have an amazing time. Simply fill your baking sheet with tortilla chips, cheese, and the additional ingredients of your choice. You can use any cheese of your choice too—queso, cheddar, Velveeta, Colby jack, Monterrey. The tortilla chips are easily found at the supermarket and in different flavors if that’s your thing.

The only real must-haves are the cheese and chips. Everything else is up to you. So in the spirit of this freedom, let’s make ourselves some meat and shrimp nachos. I know I said beef before, but really, the meat comes down to preference.

How to Make Shrimp and Beef Nachos

Some days you might be feeling like baking, some days you might not, so I think it’s helpful to have both recipes on hand, just in case. So I’ll give two different steps to make your nachos—one that requires baking and one that doesn’t. You can choose which one you prefer. The ingredients remain the same. 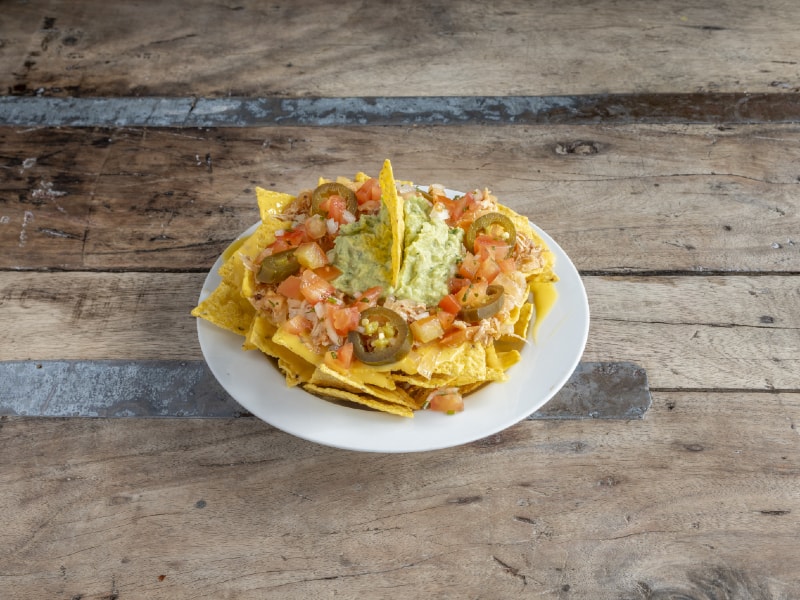 How to Make – No Bake Method

Now, for the baking method.

How to Make – Bake Method

Serving in the most presentable way 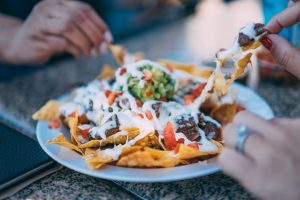 The presentation is key. It can transform nachos from a snack to a meal. There are several toppings that can be used with the nachos, baked or not baked.

So here’s what you do: on a nice plate, arrange your Doritos or whatever tortilla chips you’re using. Place your beef and shrimp mixture on your tortilla chips. For the baked version, you can top up in the baking pan and then just transfer a small serving to your plate.

For your toppings: you could use some salsa and sour cream on the nachos and some guacamole, tomatoes, black olives, avocados, black beans, refried beans, corn, pinto beans, or chives. You can sprinkle some coriander and parsley flakes on top. There really is no limit here and no measurements either! Just grab a handful of everything and decorate the top of your nachos.

If you’re using the nachos for a party or a fairly large crowd and you have about two or three pans of nachos, you can customize the toppings for each pan to create some sort of variety. The bottom line is, just have fun with the cheese, shrimp, and beef with Doritos.

What do I do with leftover Nachos?

Let’s assume you had some friends over, maybe to watch a game, and you made some pretty badass meat and shrimp nachos that everyone loved and enjoyed. Now everyone has gone and you’re cleaning up and you discover a half pan of nachos on the kitchen counter that wasn’t eaten.

What do you do with it? Throwing it in the bin might be your first thought. But that’s such a waste of good nachos, don’t you think? Put it in the fridge and microwave it? Nah, I don’t think so. How about making chilaquiles for breakfast with your leftover nachos? Pretty dope, huh? I thought so too.

Chilaquiles are a breakfast meal made with fried tortilla strips and eggs. Here, the tortilla is cooked in or with a red sauce first before the eggs are added. Using nachos leftovers is just perfect for this because the chips are already cut and there’s also the added bonus of the toppings.

Even with leftovers, nachos just keeps giving. So how do you do this—how do you make chilaquiles? Simple, all you need are your leftover nachos, a little quantity of canola oil (you can use another type if you already ran out), some enchilada sauce, and just 3 eggs. 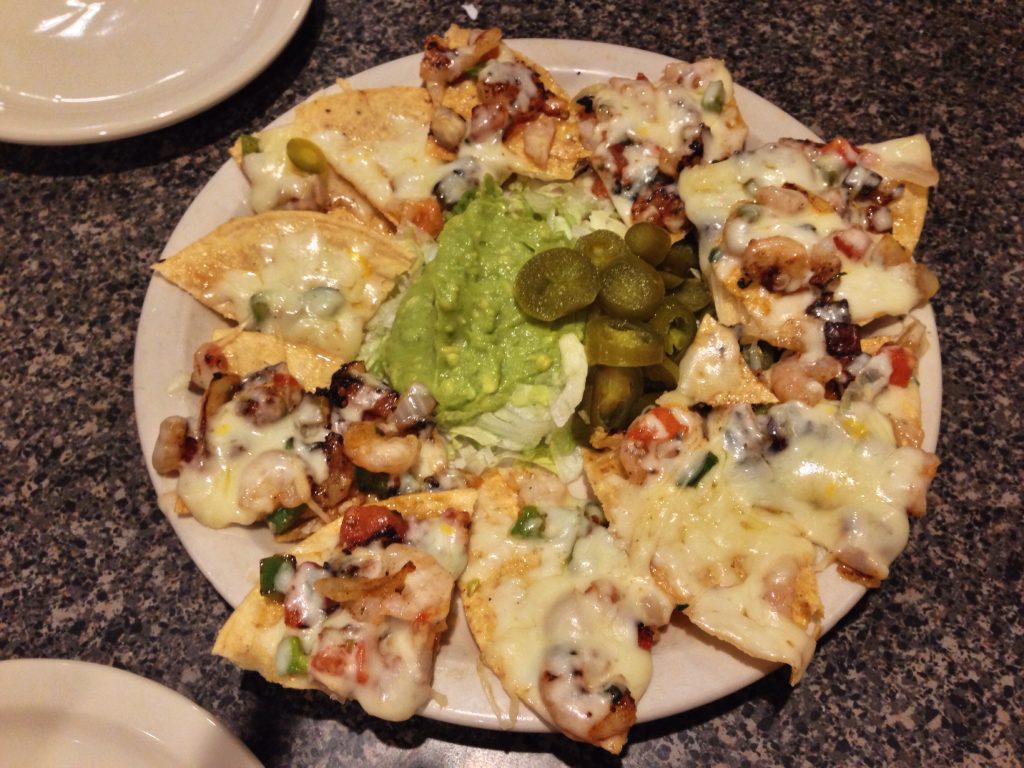 Now that you have those basic ingredients, all that’s left to do is to preheat the oven to 400 degrees Fahrenheit. Heat up your canola oil in an oven-safe skillet over medium to high heat. Fry your leftover nachos until all the toppings melt and the tortilla chips turn golden. Don’t let them burn.

Add your enchilada sauce. Add just enough sauce to cover the tortilla chips. Mix well, until most of the liquid has dried up. You can add some extra pepper and salt to taste. Make three holes with your spoon—one for each egg. Break your eggs and pour them into their holes. Put your skillet into the oven and bake until the eggs are done. That should be about 10 minutes.

Take your skillet out and enjoy your meal. You can serve with additional toppings or fruit. Sliced avocados and strawberries are my personal favorites.

Wow…cooking (and eating) always boosts my mood. I don’t know about you, but I feel like I’ve just opened a whole new door of nachos that I never knew existed. I mean, look at all those variations! Crazy, right? So the next time you wanna make nachos, think outside the box. Don’t do the same thing you always do—try a different recipe like this shrimp and beef nachos recipe, and you’ll be better off for it. Shrimp and beef don’t get any better than this. So from me to you, goodbye and happy holidays! 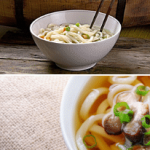 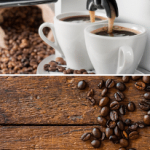