Warning: Use of undefined constant ‘do_shortcode’ - assumed '‘do_shortcode’' (this will throw an Error in a future version of PHP) in /home/customer/www/onthegas.org/public_html/wp-content/themes/yoo_bigeasy_wp/functions.php on line 32
 SHUIJIANBAO: A Tasty Exotic Meal

There is no better way to experience another’s culture than by partaking in their cuisine. Whether you’re alone and bored or getting a group together for a backyard party after a long day’s work, this recipe for shuijianbao pan fried pork buns is the recipe that can help you achieve just that.

Shuijianbao (Chinese:水煎包), more commonly referred to as pan fried pork buns, make an easy-to-prepare meal with sumptuous fillings. Each piece, or more accurately, each bun, is about the size of a golf ball.

A pan-fried pork bun may also be called a Chinese fried bun. These Chinese meat buns are filled with a delectable mixture of chives, pork, white pepper, cornstarch, and dried shrimps. Frying the buns on a pan gives forms a tender and brittle base on the bottom while the steamed top remains chewy.

For those with concerns regarding the dried shrimp included in this recipe, know that the shrimp gives the pan-fried pork buns just the right taste and aroma (that umami flavor) without overpowering them with an overly shrimpy taste. I’d better dig into the art of preparing this cuisine before I get carried away. But first things first—let’s talk about where this dish started.

Shuijianbao is a cuisine that originated from North China. It is recorded that one of the emperors, Zhuge Liang, introduced the meal to China in his time of power. These Chinese meat buns were originally considered a variation of Chinese mantou, which are a type of buns with no fillings.

This bun was then introduced in many other countries.

The dish was introduced to Taiwan during the mass expedition of Chiang Kai Shek’s Kuomintang army during the late 1940s. Chiang’s army was mainly from the region of Yangtze, his hometown in the Zhejiang province. The inflow of these troops and their families into Taiwan influenced both social life and the culinary art of the locals. 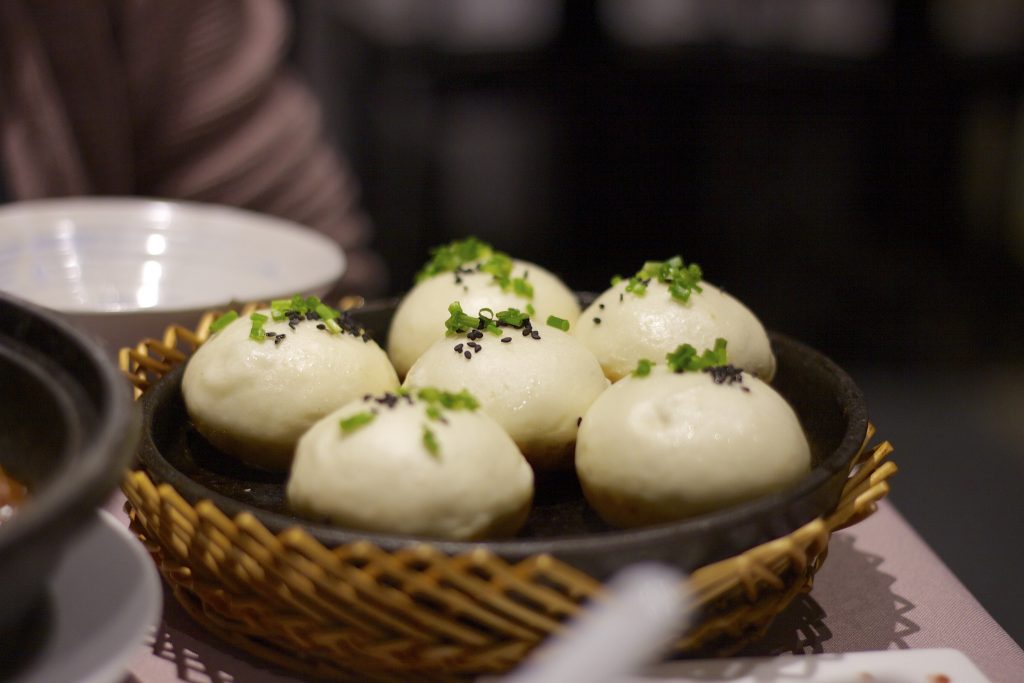 Among other edible delicacies introduced to Taiwan were the recherche shuijianbao, or pan fried pork buns, which could be enjoyed by both the young and the elderly. The dish is still enormously popular in Taiwan and is available in almost all Chinese restaurants over there.

Shuijianbao, aside from being a favorite breakfast choice in China, Taiwan, and Indonesia, is also the perfect snack to get you by on a busy day. The dish can be served alone or alongside a dipping sauce. Syrups like orange syrup and the ever-delightful maple syrup can also be drizzled over pan fried pork buns.

The journey to perfect the shuijianbao recipe started in China (it only seems natural that this quest starts from where it began), but now this quest has spread to other parts of the world, especially in other Asian countries. It makes sense—I mean who wouldn’t want to put their own spin on this yummy goodness?

This dish belongs to the food family of baozi or bao ( Chinese: 包子) in China. The baozi food family consists of buns that have been stuffed. The dough of these buns is made with yeast, thus giving them a bread-like feel. In the case of the shuijianbao, the filling of the bun consists of minced pork, some veggies, and spices. Other types of baozi could have vegetarian fillings or varieties of meat.

We call them pan fried pork buns because the buns themselves are pan-fried when raw before being steamed immediately afterward with a splash of water and flour on the same pan.

There are different culinary techniques you can use to carry out this process. Traditionally, chefs will steam the buns over water. They are oftentimes prepared in a large pan in the presence of a waiting line of customers, having thereby earned their popularity as a tasty street food. 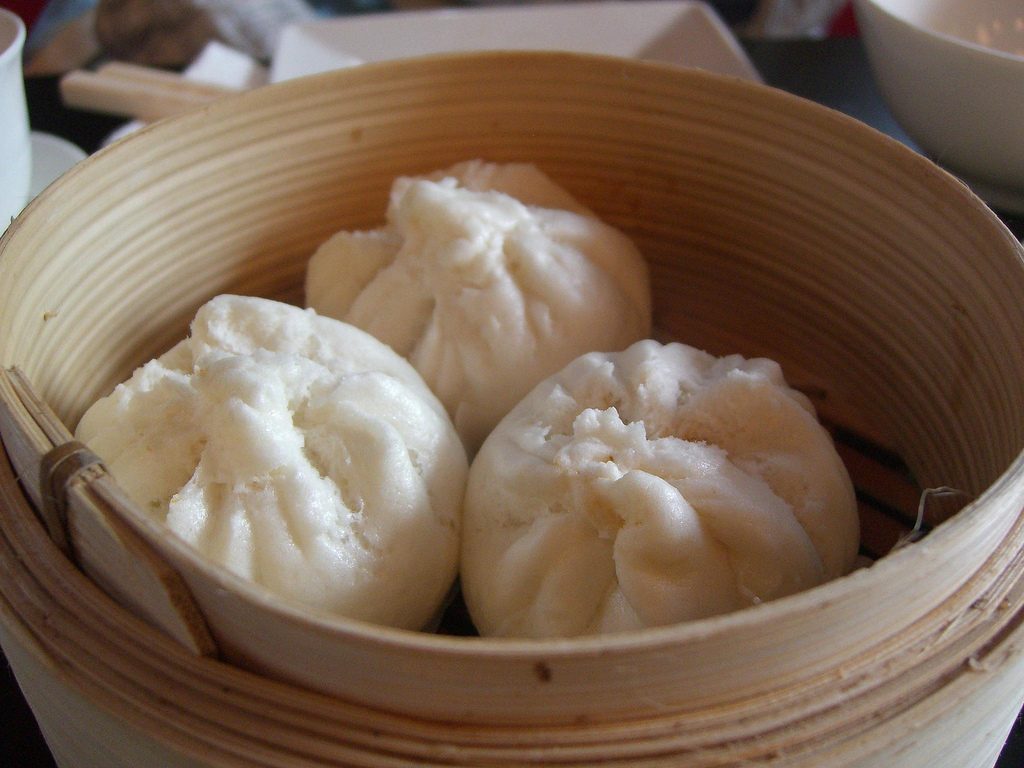 These Chinese meat buns are mouth-watering porky-goodness with a soft yet crispy dough, offering the best of both worlds in terms of texture.

Ingredients for the dough:

Ingredients for the filling:

Ingredients for the cooking process: 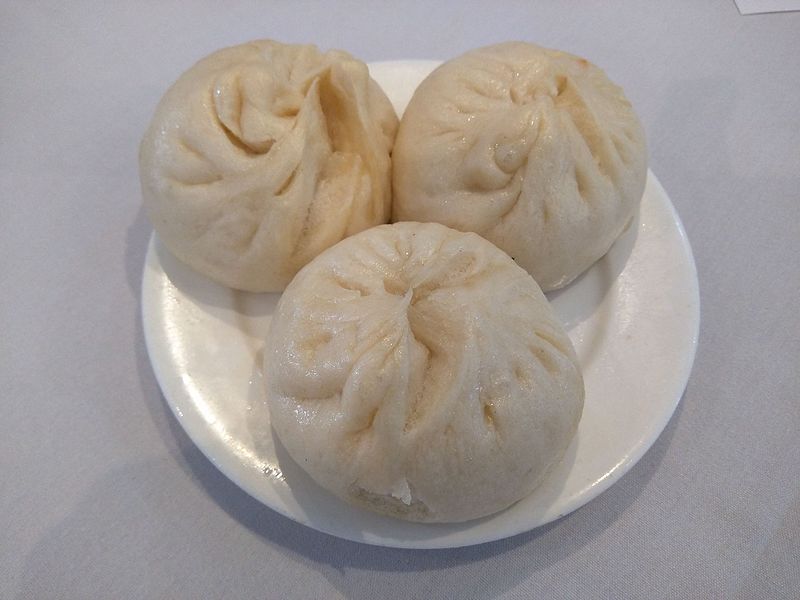 You would be amazed by the number of variations of buns in Chinese cuisine that are similar to ours truly—the pan fried pork buns, Chinese fried buns, shuijianbao or whatever name you are sticking with.

These dishes are different in their various sizes, shapes, preparation times, and of course, fillings—which can be meat or vegetarian, so don’t worry dear vegans: the baozi food family has got your back! Some examples of dishes in this buns or bao family are:

Shuijianbao is a Chinese dish that is really delicious. Chances are that you may not find this dish in Chinese restaurants in America, as it is more common in China or neighboring countries where it has gained its widespread fame.

If you can’t find this meal, your best bet is to make your own shuijianbao, and don’t forget to share it with your loved ones! This is shuijianbao, signing off.