Have you ever done a sour cream vs greek yogurt comparison?

Ever debated that creamy taste you can get from both sour cream and greek yogurt? Well, I agree, they are both super creamy and delicious. But there’s more to it than that.

Yogurts and creams have become popular in many countries and homes. The great thing about them is their versatility: you are not limited to just one use and, in fact, have a great many ways to use them. Their nutritional value in particular makes it a favorite in my home. Since I love to eat healthy, I often substitute yogurt or sour cream in place of other dairy products.

There are different types of yogurts as well as creams. This has made a lot of us wonder which is which. Learning about this can help you make a choice, depending on what you prefer. The quest to know the differences and similarities between greek yogurt and sour cream has been very popular in recent years. We will go over all of that in this article.

I’d like to say first of all, however, that both are really cool and unique and, most importantly, healthy. Just go for the one that suits your taste.

What Exactly is Sour Cream?

What is sour cream? I assume this question has been asked a thousand times. Not to worry, we’ll get our answer now. 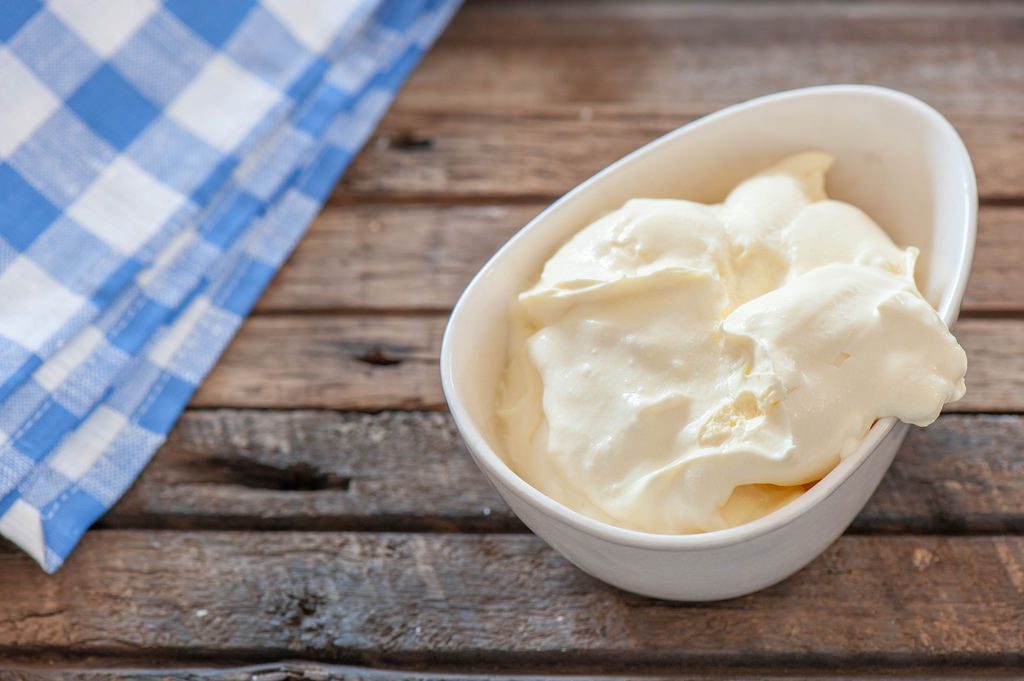 Sour cream is a dairy product obtained from milk. A bacteria named Lactobacillales is added to regular cream after which lactic acid is formed as a by-product of the bacteria. This by-product is what gives the cream its sour taste. This is added either artificially, or the cream is allowed to ferment naturally, and the process thickens and sours the cream. This process is called souring.

Traditionally, sour cream was produced by allowing the cream skimmed off a milk top to ferment at medium temperature. This normally contains about 18% to 20% of butterfat.

To thicken or increase the firmness of the sour cream a little more, thickening agents such as gelatin, rennet, guar gum, and carrageenan are introduced to the cream. This type contains a minimum of 14% milkfat.

Sour cream is a healthy source of fats and calories and serves as a versatile ingredient for breakfast as well as for cooking different food. It is also a healthy replacement for certain foods with higher levels of fats such as butter, eggs, and synthetic sugars.

I mentioned earlier that sour cream is healthy. And indeed, it is super healthy with numerous nutritional benefits. There are so many positives sour cream can do for your body that we can’t possibly touch on them all. But let’s go ahead and see a few benefits we can get from this creamy goodness.

Fats: It is high in fats, containing 44 grams of fat per cup of serving. Even though a lot of us see this as a problem, studies have shown that milk fat has positive impacts on our general health. 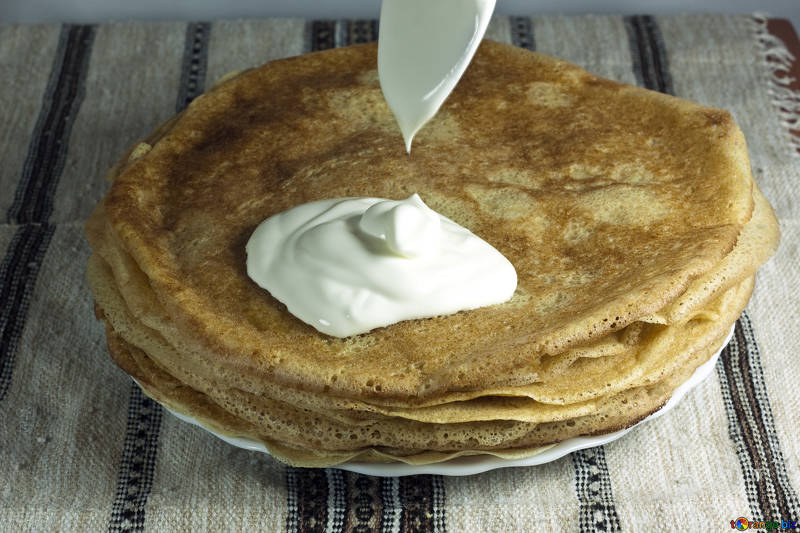 Protein: It is rich in protein, containing about 7.13 grams of protein per cup which is needed in the body to generate energy and build the immune system.

Protein is also needed to help in skin repair and maintain healthy hair.

Vitamins: It is rich in vitamins. Sour cream contains vitamin A,  good for our eyesight, and vitamin B12 which helps in the functioning of nerve cells and also the treatment of Alzheimer’s disease.

Riboflavin: It is rich in riboflavin. Riboflavin helps the body’s metabolic processes and also has antioxidant properties.

Minerals: It is rich in minerals, especially phosphorus which plays an important role in the maintenance of dental health as well as bone strength. Other minerals include selenium, calcium, zinc, and sodium.

Time to Learn About the Famous Greek Yogurt

Since there are a lot of yogurts out there, we should tell you the difference between them. Lots of recipes call for using greek yogurt so it’s important to understand what it is. A lot of people get confused when they go to the store and see a lot of yogurt options. 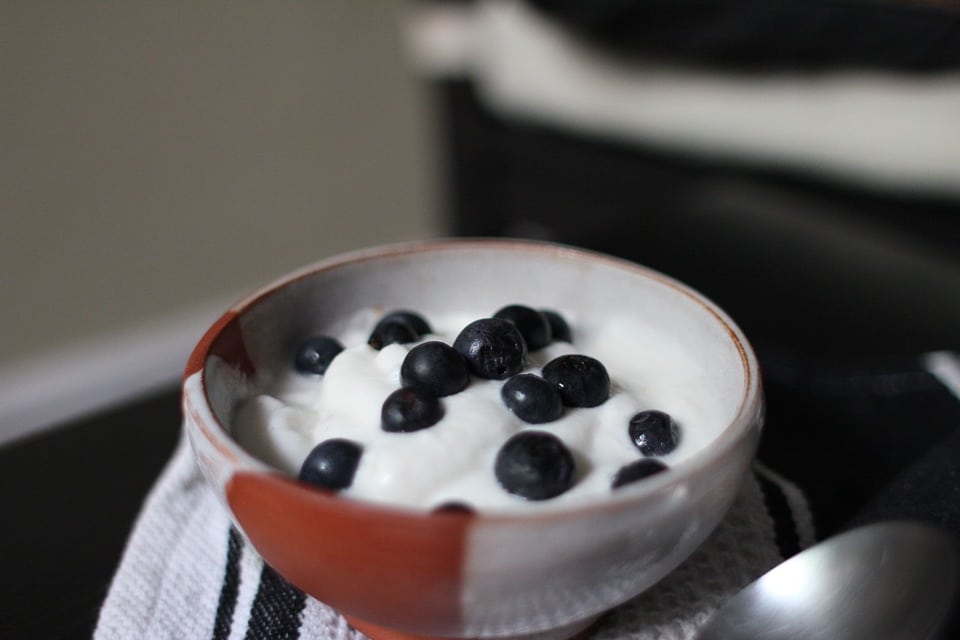 Greek yogurt or strained yogurt is a dairy product obtained from the fermentation of milk with bacteria. It called a strained yogurt since excess water, mineral, and lactose are drained out. This makes it more concentrated and richer in protein content.

It has grown to be really popular and a lot of people prefer it to regular yogurt. It is characterized by its thickness and high concentration of proteins with low calories. It is consumable even without cooking.

The low amount of calories makes it very suitable for those of us desiring to lose weight. It serves as a healthy replacement for higher-calorie foods such as Granola, eggs, and cheese.

And just like sour cream, you can use it as an ingredient for making different foods or take it alone.

Is greek yogurt healthier than sour cream? We are going to find out. Did I mention that yogurts are known as superfoods? Yes, yogurt is a superfood and greek yogurt is packed with loads of nutrition.

There’s a lot of good we can do for our bodies by consuming greek yogurt and we’ll be getting into some of them. 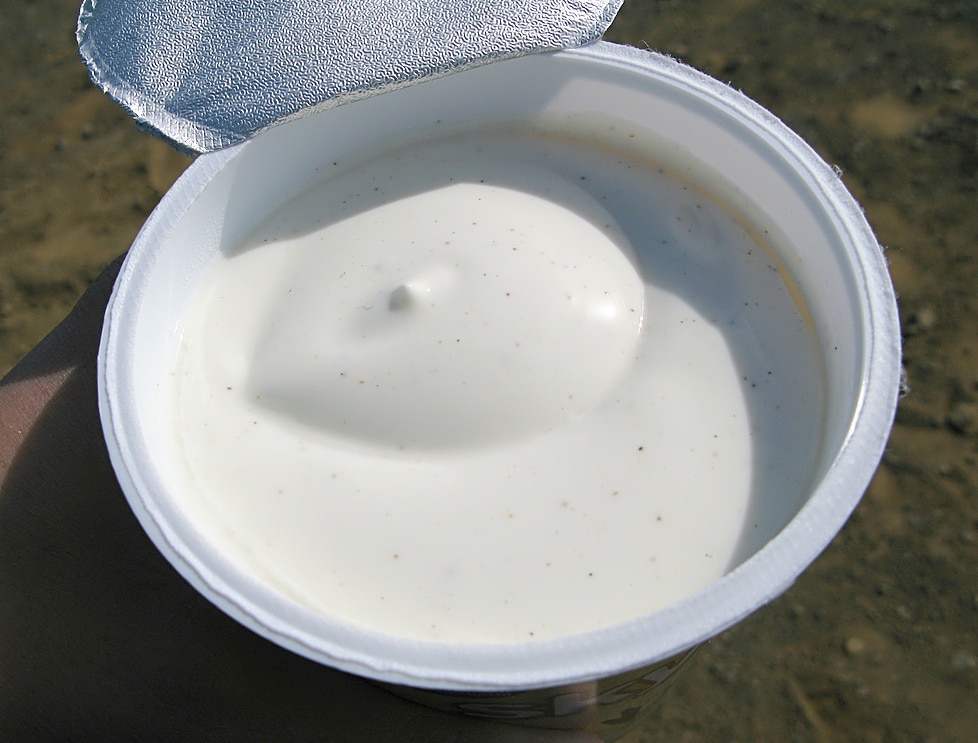 Probiotics: It is rich in probiotics. Probiotics, otherwise called “good” bacteria, help to keep the digestive tract healthy and boost the immune system.

Calcium: Greek yogurt is also very rich in calcium which is needed for building strong muscles and proper functioning of the organs. It contains about 18% percent of your daily calcium value.

Vitamins: It contains vitamin B12 which helps in DNA synthesis and brain functioning. The vitamin B12 percentage per one serving is about 21%.

Potassium: It is rich in potassium, containing about 6% per cup serving, which helps lower blood pressure.

Similarities and Differences Between Yogurt and Sour Cream

Ok, so we know they are both creamy and delicious. Still, we want to know exactly how they are similar and what exactly makes them similar. Therefore, you guessed it, we’ll be looking at the similarities of greek and sour cream. 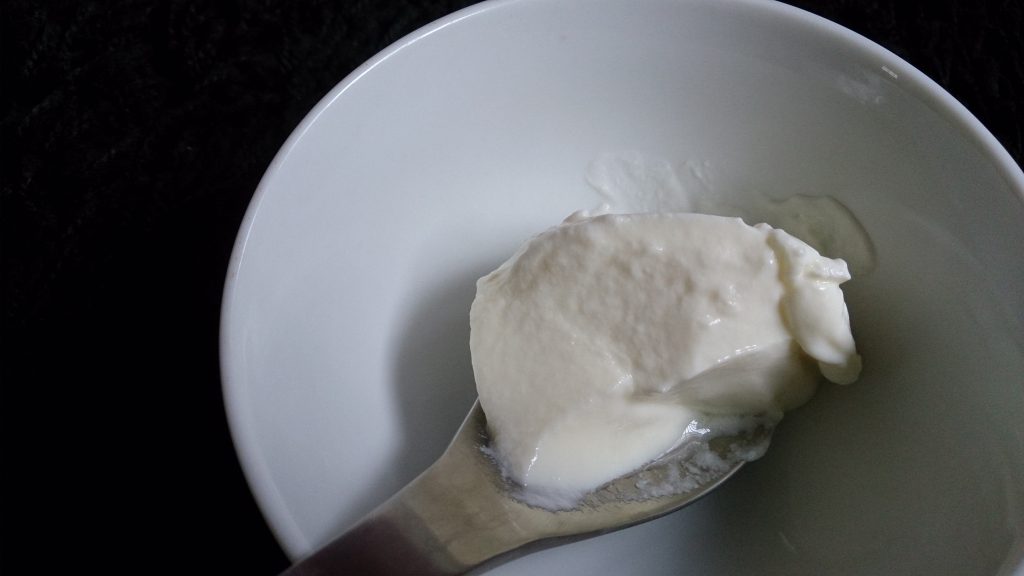 We’ve seen the similarities between greek yogurt and sour cream but I know a lot of us are as eager to find out the differences. Let’s see what they are:

The Best Ways to Use Greek Yogurt

We have talked about greek yogurt, both what it is and its nutritional content. Since this has been dealt with, let’s see how you can use it because sometimes you have to make a crucial choice between it and sour cream. One or the other might be right for a  particular dish!

There is a lot more you can do with greek yogurt aside from what we’ve mentioned. So I suggest you go ahead and experiment!

The Best Usage of Sour Cream

Just like greek yogurt, sour cream is versatile. There is just so much you can do with sour cream. Some of them are:

Even though both products have a sour taste, they are of slightly different origin. Sour cream is a dairy product made with help of bacterial fermentation, the cream is soured (hence the taste), while Greek yogurt is fermented milk (to get the yogurt) which is strained to achieve the thick consistency. Greek yogurt is lower in calories and fat, but higher in protein and as such is a great replacement for sour cream.

We’ve also listed out some ways in which you can use them. These two are quite flexible and versatile and there’s just so much on the table.

Having seen all of this, I cannot say which is better as both have their uniqueness and serve very important functions to our bodies as well. So sour cream or greek yogurt? The choice of this creamy goodness simply comes down to what works for you. 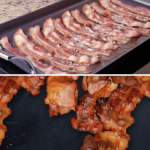 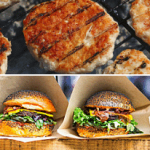