When I order Chinese, one of the dishes that I frequently get is Tai Chien chicken. It is very similar to Kung pow chicken, but the location that I order it from does not add peanuts to this dish. I decided to try my hand at some of my favorite dishes at home, so I began to look for a Tai Chin chicken recipe. Before we take a look at these recipes, let’s take a look at what Tai Chien Chicken is.

What is Tai Chien Chicken?

This dish is a variation of kung pow chicken that was modified by a Chinese painter from Szechuan. He changed the recipe to give it more of a Szechuan-style, and it was renamed after him. This dish is a combination of chicken thighs, leeks, pepper, chili sauce, and more. It is typically stir-fried in peanut oil and served over white rice.

Of course, there are different variations of the dish, but most of them are a combination of chicken, vegetables, and some type of spice. In most cases, the spice comes from the Szechuan pepper, which can be quite intense if you are not used to its kick. 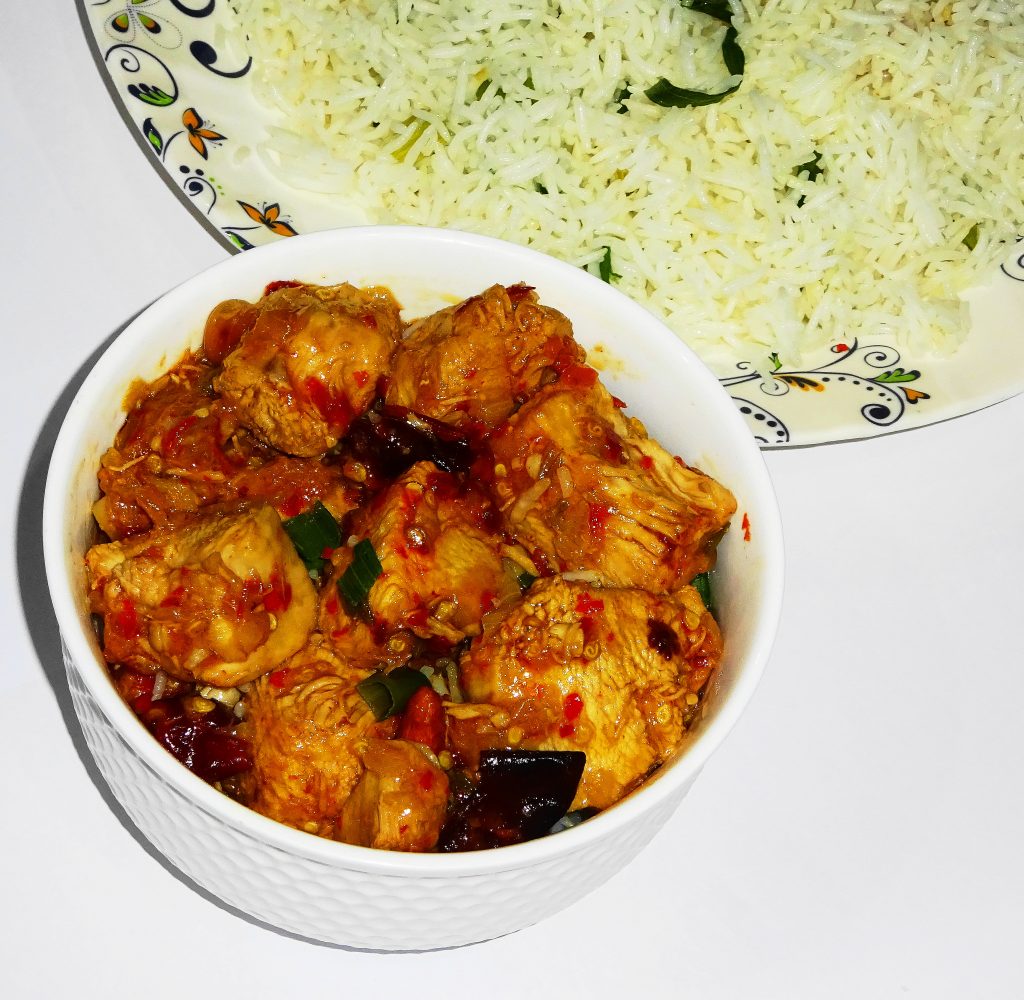 Start by chopping up the chicken thighs into one-inch chunks that are relatively bite-size. Then, in a wok, heat the peanut oil over high heat. Carefully add the chicken to the wok and stir fry it for about eight minutes. Set the chicken aside when it is fully cooked, and begin to stir fry the vegetables starting with the celery and the peppers. If you are adding more vegetables to this dish, make sure to add them now. 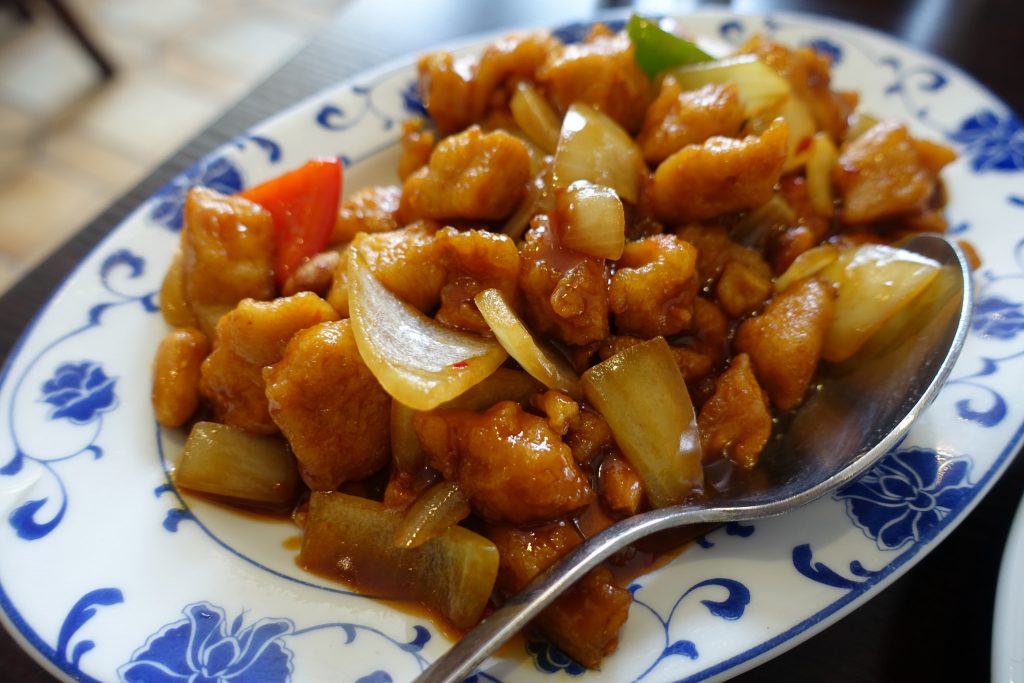 This will take about five minutes to cook fully, so in the meantime, you can start creating the sauce by whisking the chicken broth, the cornstarch, the soy sauce, the hoisin sauce, the ginger, and the pepper sauce together in a bowl. When the sauce is ready and the vegetables are transparent, add the chicken back to the wok.

Pour the sauce that you just created into the wok, and continue to cook it until it boils. At medium-high heat, this should take about two to three minutes. Once the sauce has thickened a bit, serve it over rice or the side of your choice.

If you are looking to have more of a Thai flavor, then there are a few things that you can do to your tai chien chicken to make it have more of a Thai influence. One of the easiest ways to create this flavor is to add peanut butter to the sauce. For this recipe, you will need:

Combine the soy sauce, the garlic, the ginger, the pepper sauce in a medium bowl. Add the cut-up chicken thighs and marinate it for about an hour in the refrigerator. When the chicken has been marinating for nearly an hour, you can start heating the oil in the wok. If you do not have a wok, a Dutch oven will due. 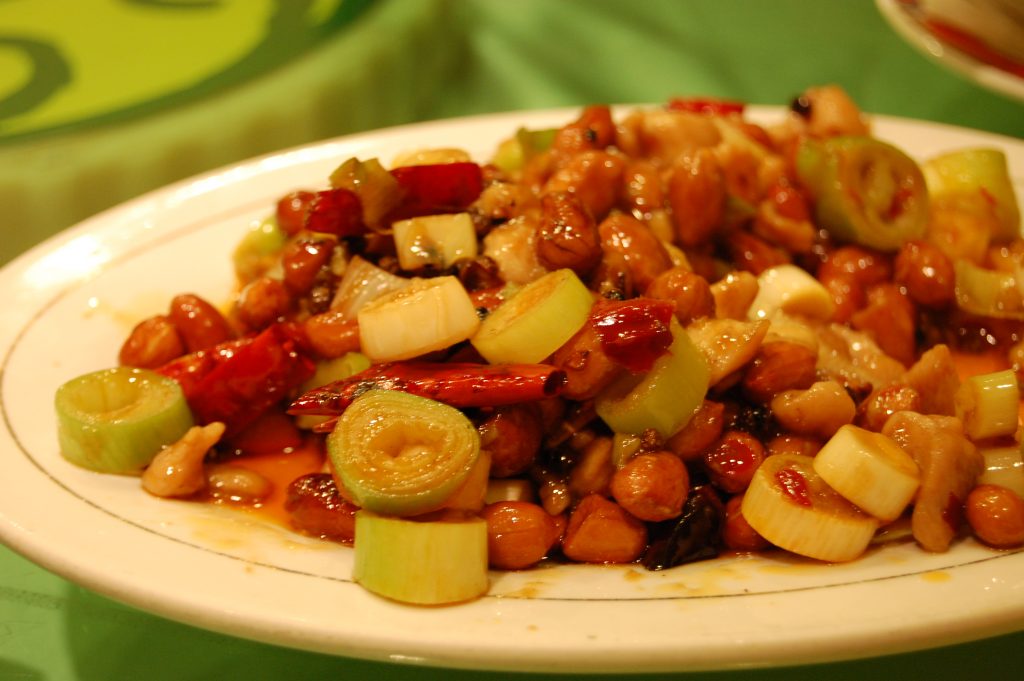 After the oil has heated, add the brown sugar and stir it around the pan to help it dissolve. Then, sauté the onions for about five minutes. When they are caramelized, you can add the chicken to the pan to brown a bit.

When the chicken is brown, pour the marinade and the water into the pot, reduce the heat, and let the ingredients simmer for about 15 minutes. Next, add the peanut butter to the mixture and allow it to simmer for another 10 minutes. Garnish with chives and serve over rice.

Since tai chien chicken and kung pow chicken are similar, I thought that I would include one of my favorite recipes for Kung pow chicken as well. It is made in the crockpot, so it does not take much effort. To create this dish, you will need:

In a skillet, start heating the oil over medium-high heat. As the oil is heating, cut the chicken into bite-size pieces, and season them with salt and pepper. Brown the chicken in the pan, and then transfer it to your slow cooker. If you do not want the outside of the chicken brown and crispy, you can skip sautéing it and simply add it to the slow cooker. Slice the chili peppers in halves or quarters and place them in the slow cooker as well.

Next, combine the soy sauce, the water, the vinegar, the hoisin sauce, the brown sugar, the garlic, and the ginger in a bowl. Stir until the sugar is dissolved and all of the ingredients are well combined. Pour the sauce over the chicken, and cook it for about four hours on low. 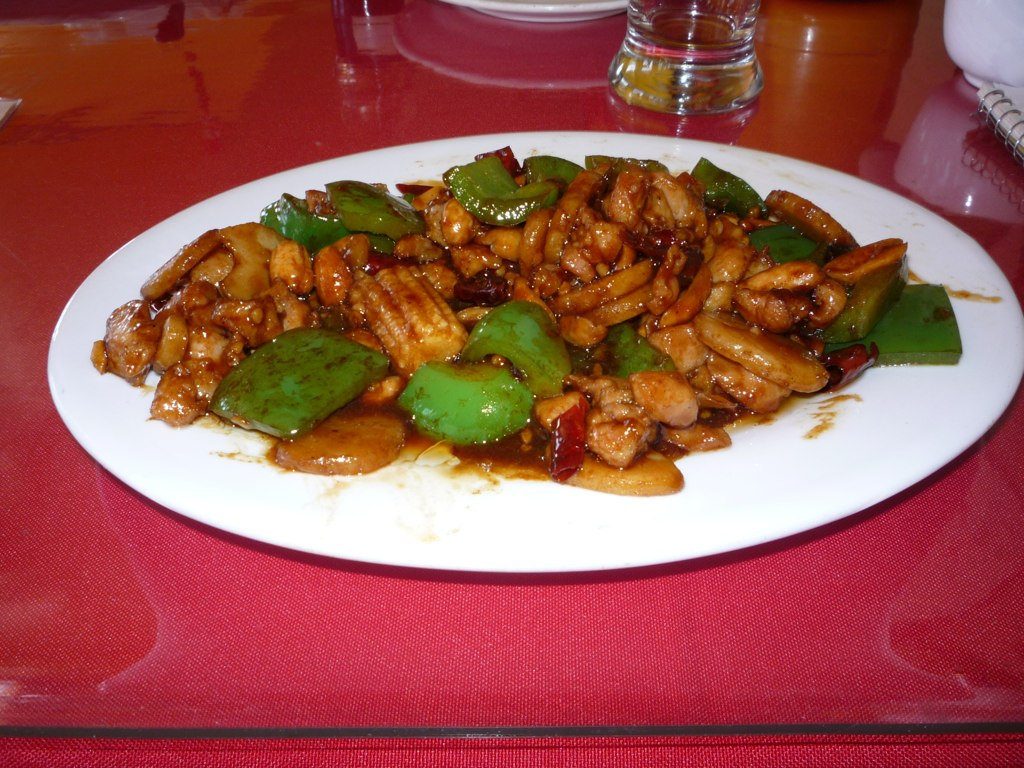 When four hours have passed, combine the cornstarch and the water to create a thickening agent. Make sure to whisk it well to keep the sauce lump free. Make sure that you mix the water and the cornstarch in a separate glass or a small bowl because putting it directly into what you are cooking could cause lumps to form in the sauce. Stir in the cornstarch mixture, and let it cook for about 10 minutes.

While the sauce is thickening, sauté the red peppers in the skillet that you already used until they are the desired softness. Mix in the peppers and the peanuts, and garnish with green onions before serving.

Sometimes I get tired of serving all of these chicken dishes with rice, so I decided to try a new recipe for Kung Pow Noodles that make the perfect complement for Tai Chin chicken. If you like spice, then this is a great noodle dish for you to try. To make it, you will need:

The first step for cooking this dish is to make the noodles. These can be made from scratch, but if you are looking to save a bit of time, then you will want to purchase pre-boxed pasta at the store. Cook the noodles until they are the desired doneness, which should be about eight to 10 minutes, and then drain the pasta and set it aside. 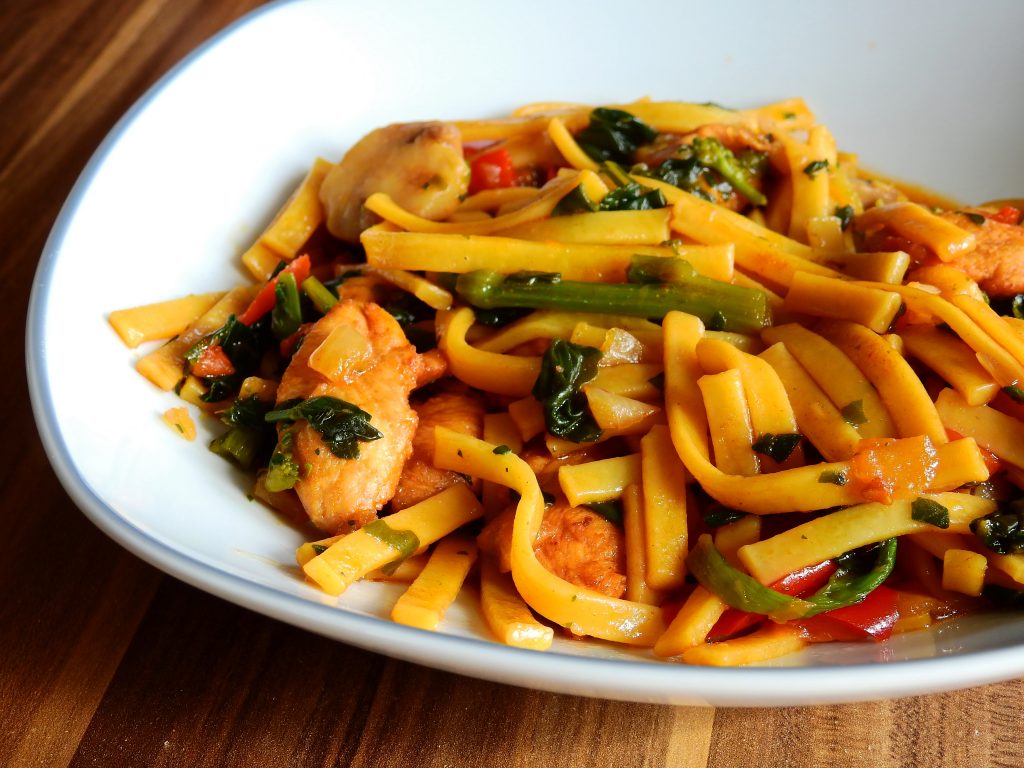 In a large skillet, start creating the sauce by combining the soy sauce, the sesame oil, the rice vinegar, the sugar, and the chili paste. Make sure to stir the ingredients until they are well combined, and keep the mixture over the heat until it begins to boil.

In a small bowl, combine the cornstarch with a little bit of cold water to create a slurry to thicken the sauce. Make sure that it is mixed well, and then slowly pour it into the sauce mixture as you stir to combine it to the sauce.

Bring the sauce back to a boil, and then reduce the heat to low so that it does not become too thick. Stir the noodles into the sauce, and then combine the peanuts and the green onions. This makes a great side dish, but if you want to have it as a main course, you can consider adding some beef, chicken, or shrimp to the noodles to complete the meal. Also, the peanut addition is not needed if you are making this as a side dish, but I do like the crunch that it adds to the meal, so I often leave it in, regardless of the type of meat that I am cooking with the noodles.

Hopefully, you were able to create some of the Tai Chin chicken recipes that I shared here, but if not, make sure that you attempt making this dish at home. You will be surprised how easy it is, especially if you make it in the crockpot.

You can easily adjust the level of spice that you put in the dish when you make it at home, and if you want the chicken with more than white rice, try some of the recipes for sides that I included as well. 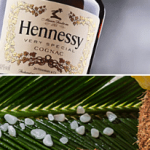 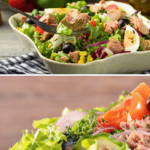