Nagasaki’s finest delight, Castella cake, is here to wow you with its super-fluffy and spongy texture. Popular in Japan and Taiwan, the cake has a centuries-old history–a tale of a Portuguese delicacy ending up in this extremity of Asia.

Castella was originally derived from the Portuguese word Pao de Castela, meaning “bread from Castile.” But, it is far more delicious than ordinary bread, and it’s no less than a festive cake dessert.

In case you haven’t heard of castella yet, it is also known by many of its regional names like Taiwanese sponge cake, Taiwan cheesecake, or Taiwan traditional cake. So next time you stop at the bakery in Japan, here are a few names you can look for on the menu. It is usually sold in long packages of about 27cm in length, and it resembles Madeira cake–another Portuguese delight–in appearance. 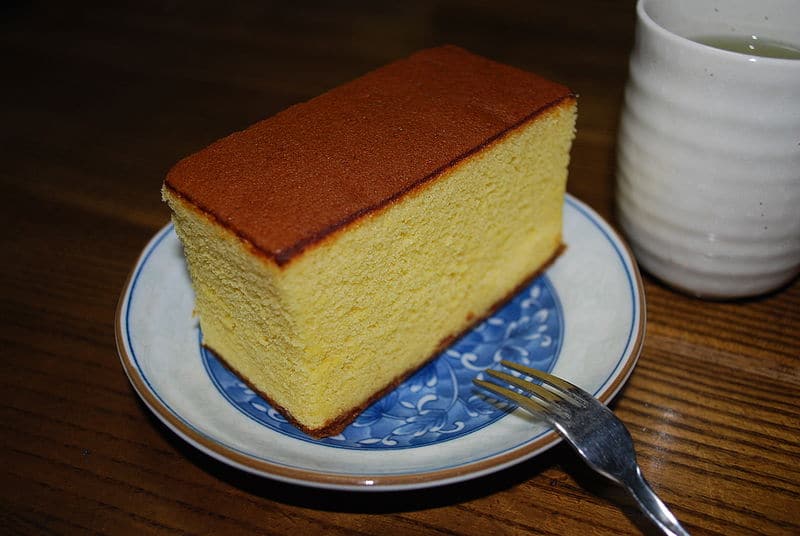 Back in the 16th century, when Portuguese traders started trading in Japan, one thing they brought to the land along with pumpkins, guns, and tobacco, was a sugary Castella dessert–true bliss for the taste buds. Since Castella was easy to store for months at a time, the sailors usually had no food other than castella.

Initially, it was not commonly made, due to the expensive ingredients it required. When the Emperor of Japan was presented this cake by the envoys, though, it gained a lot of popularity among the masses. Castella’s original flavor was later evolved into a taste familiar to the Japanese palate, but today it is still as cheesy and fluffy as ever before. That is how Castella became Taiwanese sponge cake.

Amazing Varieties of the Castella Cake

The great thing about Castella is that you can enjoy it in amazing varieties. You are not tied down to just one set of ingredients or methods; just keep up the basics while getting creative with the recipe. This is the reason that around the world, Castella is enjoyed in various regional flavors.

For a distinct taste, some people add honey, brown sugar, or even powdered green tea in some cases. The shape and size of the cake can also be molded, as per your desire. Japanese people celebrate these melting flavors by adding Baby Castella to their festivals, which are served as bite-sized muffins.

You can try this for party snacks or desserts.

Jelly lovers will be surprised and super excited to know that the Siberian variety of Castella is filled with a special jelly filling, called Youkan. It was most popular in the Meiji Era. It came back to dinner tables around 2013.  In some countries, the castella batter is also used to make pancakes. Such pancakes are served with bean paste, jams, or compotes. Here are some of the most commonly-used, delicious Castella varieties which are sure to make your dessert menu extra special:

In 1917, Castella was brought to Taiwan while it was under Japanese rule. It later gained commercial-scale popularity when a Japanese Bakery, Nanbanto, opened the first Taiwanese shop selling Castella. The brand changed the traditional castella recipe to better suit the tastes of people living nearby. So, its Castella became Taiwan egg cake or Taiwan cheesecake.

It is also popular in Taiwan and known by the name Honey Castella. As honey is not a basic castella ingredient in Japan, honey castella was never a hit in Japan. It is, however, loved by Taiwanese people, due to the intense honey aroma it has after being baked.

Jump on the bandwagon of extra flavors with rock-baked Castella. It is a two-in-one deal with double the taste and fluff. It is baked in two layers, with honey castella at the base and a cheesecake layer on the top. This traditional Castella sponge cake is full of cream cheese, honey, and a prominent egg flavor.

Anyone addicted to a cream cheese sponge cake flavor can switch to Castella for a unique combination of flavors and aroma. Its fluff and sponge can melt your heart away. Though Castella is more commonly available in the streets of Taiwan and Japan, now you too can bring the charms of it to your home by baking fresh Taiwan Castella cake at home. 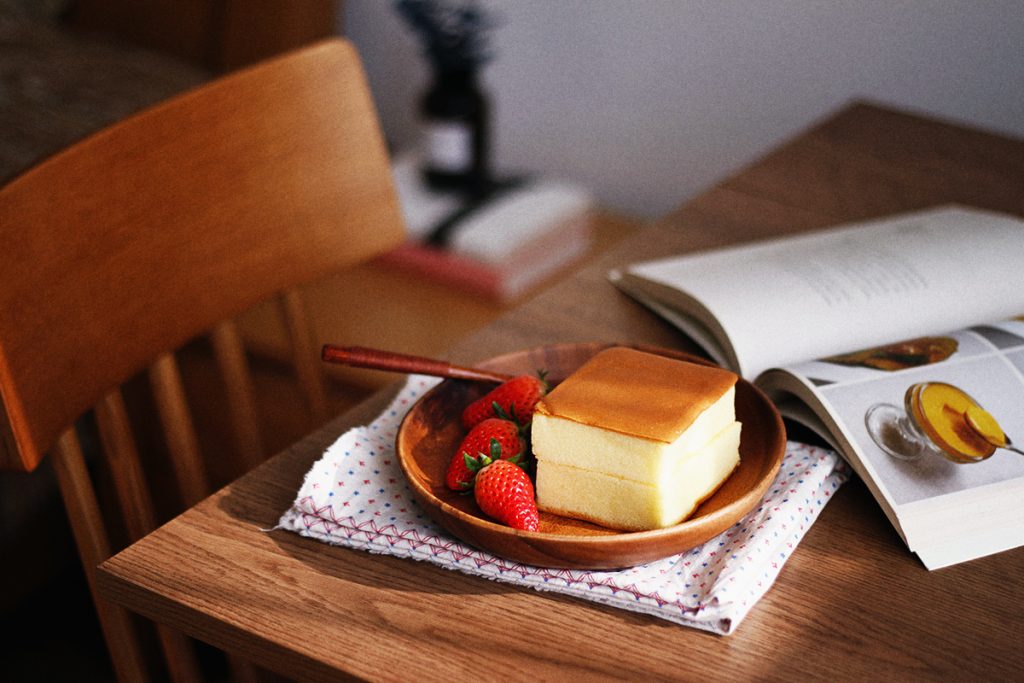 Start making the cake by beating all the egg whites with sugar in an electric mixer until this forms firm peaks. Set the foamy egg white aside for a while. Now, add oil to a microwave-safe bowl and heat it for 90 seconds on high heat in a microwave. 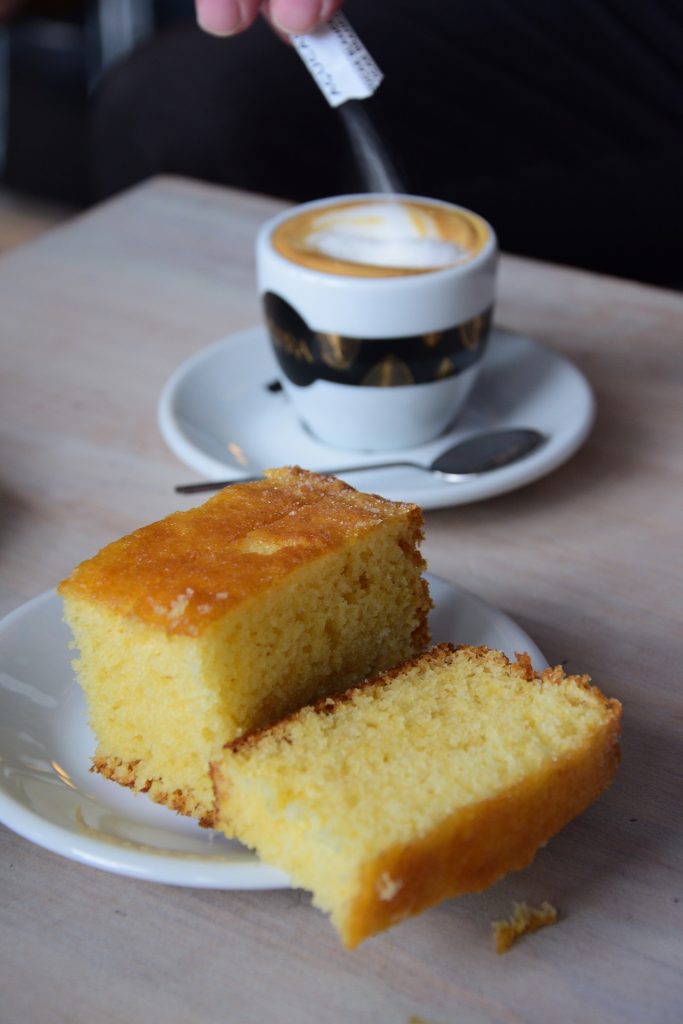 Meanwhile, mix the cake flour with salt in a mixing bowl. Beat the egg yolks with milk and mix them with the flour and salt mixture. Keep whisking the mixture until it is completely smooth. Stir the beaten egg white meringue gradually into the flour mixture. Continue stirring the batter gently until the egg whites are well incorporated.

Place the baking pan with the baking sheet in a preheated oven and bake the cake at 300 degrees F for approximately one hour. Make sure to check the texture of the cake after 45 to 50 minutes of baking. Do not let it overbake. As soon as the cake is done, switch off the oven and allow the cake to cool on a cooling rack. Remove the cake from its pan and slice with a sharp knife. Serve it with your favorite toppings.

Perhaps having Castella cake on the menu is easier than expected. The cake may sound fancy by name, but it is an extremely doable kind of recipe. Whether it is festive dinners or traditional celebrations at home, surprise your folks by baking this Taiwanese sponge cake in no time. Don’t be afraid to experiment with other varieties of Castella!