In the Book Food Chains: From Farmyard to Shopping Carts Jeffrey Pilcher’s chapter (Eating Mexican in a Global Age: The Politics and Production of Ethnic Food) presents a case study on the evolution of Mexican food from its regional origins to its arrival in the United States and finally its acceptance on the world culinary stage.  He frames his discussion by asking the critical question: 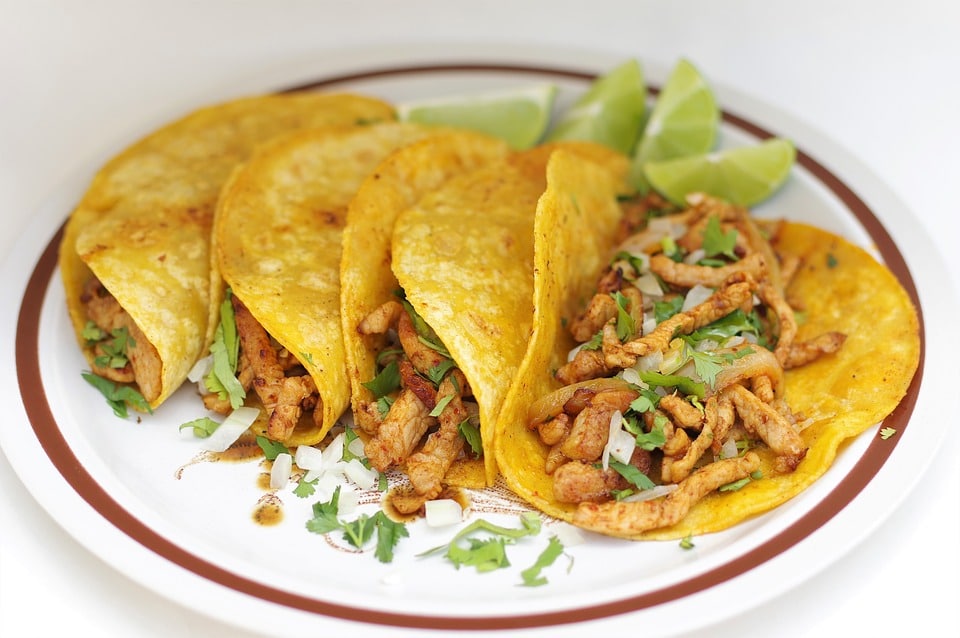 Pilcher asserts that understanding the globalization of food items requires an understanding of ethnic identity which has always been linked to the foods.  The group would have the same foods, eating patterns and values which mark their difference from other groups.

Mexican cuisine is a regional foodway that evolved from contact between meat-eating Spanish colonials and the primarily vegetarian indigenous population who ate primarily maize, beans, chilies and squash.

While generations of Mexicans of Spanish descent continued to eat European cooking, the local population added meat to their diets and new dishes emerged. Maize was at the core of the cuisine and indigenous cooks made tortillas, a round, flat bread, from maize.

When tortillas are rolled with a filling of cheese, meat, beans and other vegetables, they become enchiladas. When the tortilla is folded with a simple filling such as cheese or potatoes, they are called a quesadilla. Traditionally, all were made locally by hand.

Pilcher describes early Mexican American or Tex-Mex food as another regional variant of Mexican food. The food spread across the U.S. through economic development and general migration.

The mining and defense industries brought new communities to California, New Mexico and Texas where Mexican food was already in existence among the local Mexican migrant population.

Over time, the ingredients changed. Wheat started to be used for tortillas instead of maize. More meat was used in the preparation of meals because of the large herds of cattle in these areas. Mexican American cooking evolved to include Chile con Carne which was made with chili peppers, oregano and cumin. The food items spread across the southern states when workers who had learned the cooking techniques and developed a taste for the ingredients, brought them home. 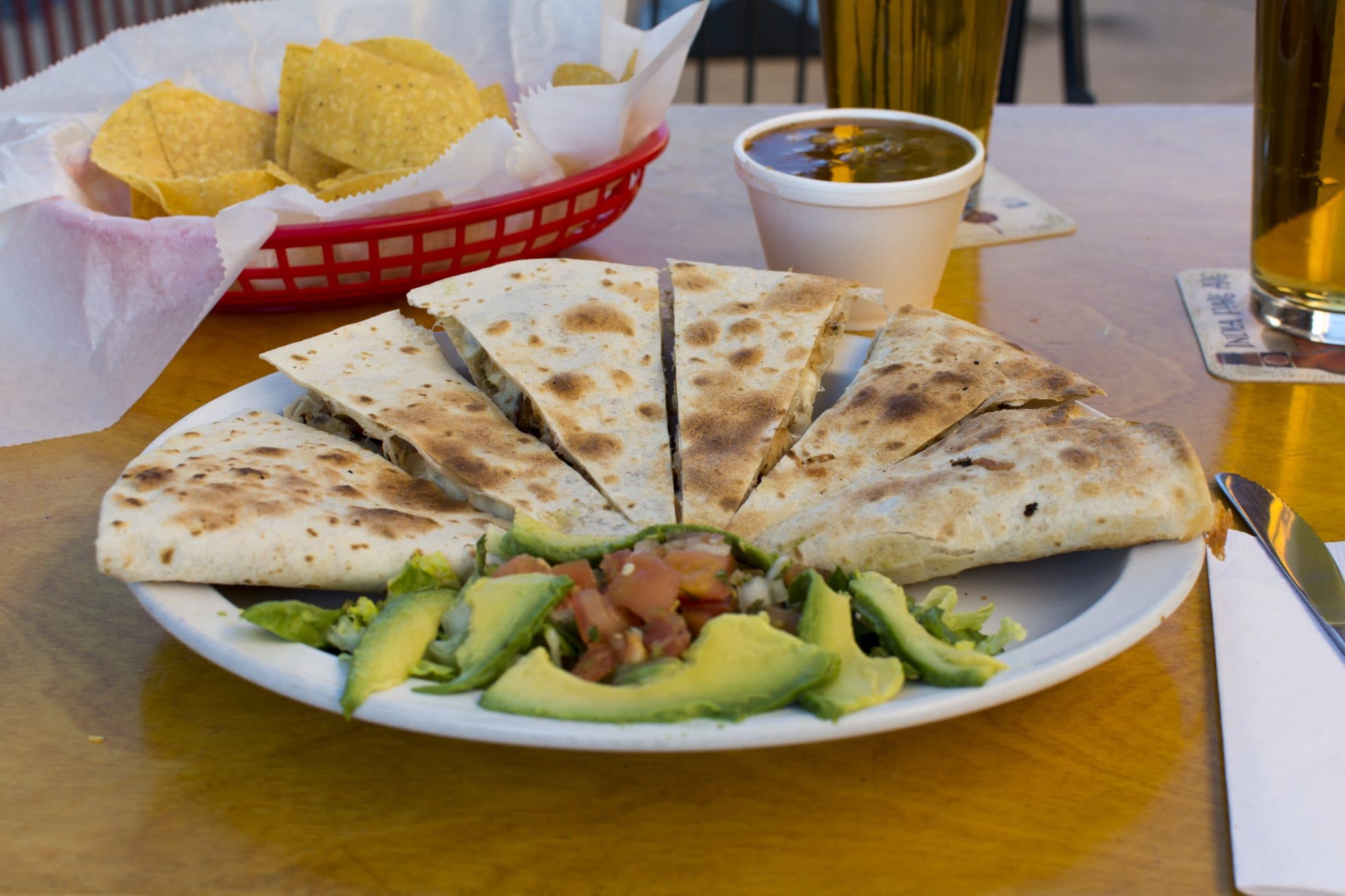 Industrial food manufacturers started to produce canned Mexican American foods such as Chili con Carne which was then shipped to grocery stores across the country. In the 1950s, a technology for pressing and cooking tortillas was developed that allowed for large scale production. This had significant implications for expansion of Mexican foods into the United States.

An iconic Mexican American dish was created when the tortilla flatbread was deep fried and then bent into a U-shape, forming the taco shell. This was stuffed with lettuce, cheddar cheese, tomatoes and ground beef. Subsequently, the food industry sold ready-made taco mixes and frozen taco shells and salsa mixes. Again, these were shipped across the country to be sold in grocery stores, food stands and fast food chains. Taco Bell became the biggest Tex-Mex fast food outlet in the U.S.

Mexican food moved to Europe. In the 1980s, a Paris restaurant baked tortillas with French wheat and made spicy Tex-Mex dishes for Algerians in the Paris suburbs. By the late 1980s, the French had developed a taste for Tex-Mex food and restaurants opened in the trendier areas of Paris. Taco kits were sold in a specialized food store in Paris.

By the 1990s Tex-Mex had gone global. Some Mexican chefs tried to overcome the strong stereotypes evoked by these dishes and worked on introducing global consumers to regional Mexican cuisine.  They applied contemporary culinary trends to Mexican cuisine and brought the new vision to restaurants in global cities like New York, Paris and Tokyo. 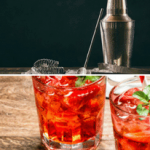 Alessi Cocktail Shaker – How good is it? 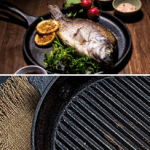 This is Not a Grill! Get the Best Round Cast Iron Griddle