Tomate du saltambique is an extremely tasty and delicious dessert that you won’t be able to get enough of. Yes, you read right—it’s a dessert made with tomatoes that’s so flavorful you won’t even need to add sweeter.

What exactly should you add? This dessert already has 12 awesome flavors (the original recipe, not those modified variants out there) and that’s enough sweetness to satiate your taste buds.

Now, let’s get started with a little behind-the-scenes action on your new favorite dessert.

This tomato dessert originated from France, and not The West Wing. The West Wing TV series is crucial to its fame in America, but definitely not in France and especially not in the 3-star restaurant of Alain Passard. 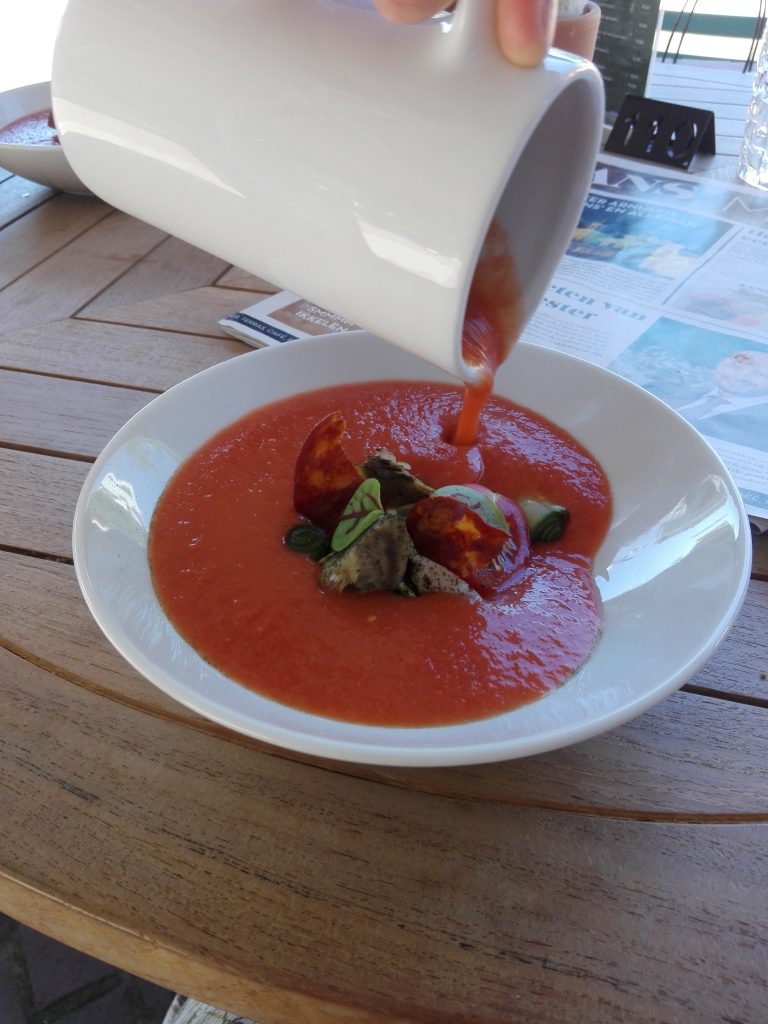 Alain Passard is a French chef and might be the creator of the original recipe for tomate du saltambique. The origin of the recipe is lost, but the first mention of it was by Alain Passard when he served it in his 3-star Michelin restaurant, L’Arpege, some twenty-five years ago.

He referred to the meal as a tomato confit with a dozen flavors. Well, not exactly in those words, but that’s what you’ll get when you translate his French description of the dessert (tomate confite farcie aux douze saveurs) into English.

Tomatoes as a dessert may sound really tricky. Many people may even argue it’s not possible, and I wouldn’t be surprised if you’re thinking this too. Tomatoes are one fruit that doesn’t typically come to mind when thinking of ingredients to make a dessert with.

But there’s a complexity to the flavor. For example, this saltambique is made with tomatoes, apples, pear, and other fruit flavors. The recipe also incorporates nuts (walnuts to be exact), ginger, zest, and a few other garnishes.

The pulp and seeds of the tomatoes are removed and the soft inner fruit is then stuffed with the other fruits and nuts and stewed in creme caramel—it is actually crème caramel and not crème du caramel, just in case you are guilty of using the latter descriptor.

Though this dessert has been around for a while, it wasn’t popularized until the show The West Wing made reference to it in one of their episodes. Wondering which episode that is? Erm, you’re going to have to find out that for yourself. Hint: The president, Josiah Bartlet was a pretty big fan of this recipe.

That being said, if you paid close attention while watching that particular episode, you probably discarded it as some made-up TV food and not actual food. Good news—tomate du saltambique is real and you weren’t the only one who questioned the existence of this dessert. We all did, but Google wasn’t initially very helpful to validate us. Thankfully, Google has now caught up, and it’s all thanks to the reference made in The West Wing.

First, it was relearning that they are a type of fruit and not a vegetable. This time around, they’re letting us know that they can be used to make desserts, and flavorful desserts at that! 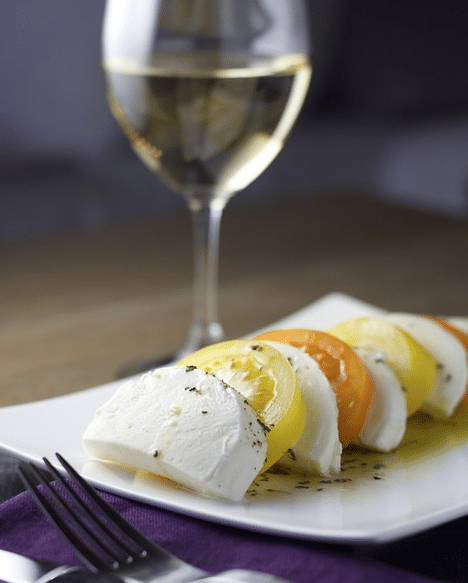 Enough with the background check; that’s not going to help us make this dessert. This tomato dessert is actually easy to make and will take no more than 3 hours to prepare. The 3-hour time estimate includes the time needed to prepare your ingredients. It may seem like a lot of time but the wait will be worth it once your dessert is ready.

Here is a really long list of things you need in order to make this awesomely flavorful dish:

That’s how long an ingredient list gets when you want a dessert with awesome flavors; a dessert no one can say no to, including those who are not usually fond of tomatoes. Now, let’s get down to the recipe.

By the way, instead of throwing out the insides of the tomatoes, you could always eat them as a healthy prelude to dessert!

You can serve this alongside anise or vanilla ice cream, or just your preferred flavor of ice cream. 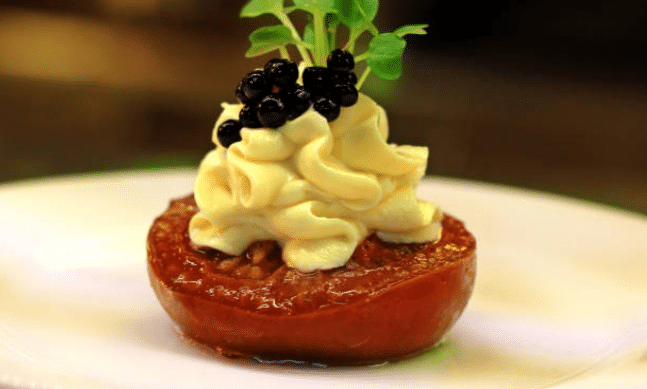 If you finally figured out that this tomato dessert was featured in season 2, episode 17 (the stack house filibuster episode) of The West Wing, then you might have also realized that this is not exactly the way it was made in the political drama series. So how was it made there? You’ll find out soon…

First off, know that The West Wing tomate du saltambique does not have twelve flavors. Their version was basically a tomato stuffed with hazelnuts, passion fruit, and kiwi, that was stewed for about three hours in crème caramel and served in a pool of pomegranate reduction. Though it has less flavor, it still makes for a delicious dessert.

Here is what you need to make this version:

The series recipe says to stew for 3 hours but the tomatoes will most likely fall apart. You probably don’t want this, so instead stew them for about 2 hours or until the tomatoes are tender yet firm. Constantly baste them with the créme caramel while they stew. 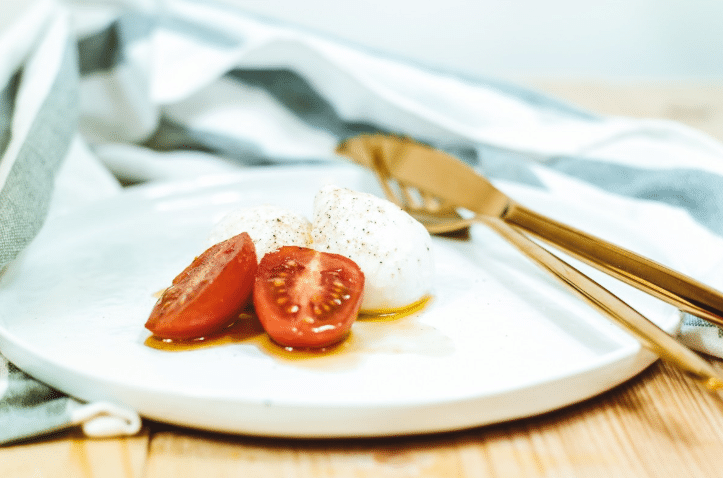 There are many versions of this dessert available. But the one thing in common with them all is the combination of stuffed tomatoes stewed in crème caramel. Another version of this famous tomate confit is served with orange syrup, instead of créme caramel or pomegranate reduction. This version is flavored with vanilla, so it already sounds like a winner.

One more interesting version incorporates a pinch of cardamom and peach sauce. The peach and other fruits are chopped and then grilled for a few minutes. The peach sauce is then a pureed mixture used as a topping on your tomate du saltambique.

And that’s all there is to tomate du saltambique! Thanks to everyone who made this dessert available for our eating pleasure. Tomatoes for dessert is possible—a worthy excuse for having more tomatoes in your refrigerator.

Willing to make tomate confit farcie aux douze saveurs even more famous? If that is a yes, then why not consider making this for your family’s Christmas dessert, or for New year’s, or any other special occasion!

Thrill your dinner guests with tomate du saltambique and don’t forget to watch their expressions when you tell them that you made tomatoes for dessert. Epic!