There are actually a thousand and one things you can do with smoked turkey neck, and using them for smoked turkey neck soup is, for me, one of the best alternatives. It is quite easy to make in addition to being delicious and economical. It is a dish that indeed makes best use of turkey neck.

Recently though, I had the family over for thanksgiving and I made roasted turkey. When we were done, there was plenty of leftover turkey, and I again puzzled over what to do with it. My cousin noticed this and she quickly suggested I keep it later for turkey neck soup.

That was actually not the first time I’d heard of using turkey neck for soup. I was probably just reluctant to try it out because I didn’t know how.

Making the soup together turned out to be a great activity for the following day, and it resulted in a piping hot bowl of deliciousness. For today’s post, we’ll be looking at the one and only turkey neck soup. But first, let’s have a look at the famous turkey neck soup.

Turkey neck soup – is it that special? 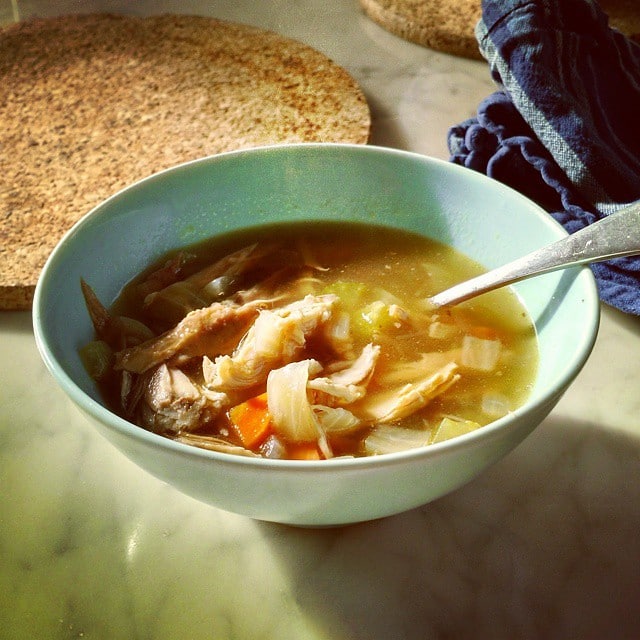 There isn’t so much to say about the turkey neck soup as it a simple soup consisting of turkey neck and other ingredients like carrots, onions, potatoes, etc.

It is a soup that kids find exciting because of the turkey neck in it, so don’t even worry about getting them to try it. If you are finding difficulty as a parent trying to get your kid to eat, then you should give this a try as it might just work wonders.

In terms of fat and calorie content, the turkey neck is pretty low in this aspect compared to other parts of the turkey. This, therefore, makes the turkey neck quite healthy. It is also very rich in protein, increasing the feeling of satiety in addition to maintaining muscle mass and keeping a stable insulin level. A hot bowl of turkey neck soup is the perfect thing to serve to anyone under the weather.

It may also interest you to know that there is a day in the United States dedicated to celebrating turkey neck soup, called Turkey Neck Soup Day.

There is no way you can talk about turkey soup with mentioning Turkey Neck Soup Day, usually celebrated on the 30th day of March in the United States. Turkey meat is a food that has been sustaining the American people for decades. It is way more economical and nutritious than chicken, and the neck sure does make one great soup.

We are not certain about the origin of this day as there is no record anywhere stating how this day came about or who started it, but all that matters is that it is a day where people can appreciate the amazing turkey neck soup.

It also a day when you can find numerous variations of the turkey neck soup. For me, it’s just a special day, something like a mini-Thanksgiving, as I get to have the entire family around while enjoying a hot bowl of turkey neck soup.

How to make turkey neck soup

Turkey neck soup is one of the easiest soups you will ever make. You just have to cook the turkey with enough water after washing it (smoked or not). When it is tender enough, add the rest of the ingredients like the onion, pepper, thyme, potatoes, etc. and allow to cook for a few minutes. More about how to make the turkey neck soup will be discussed in the recipe below. 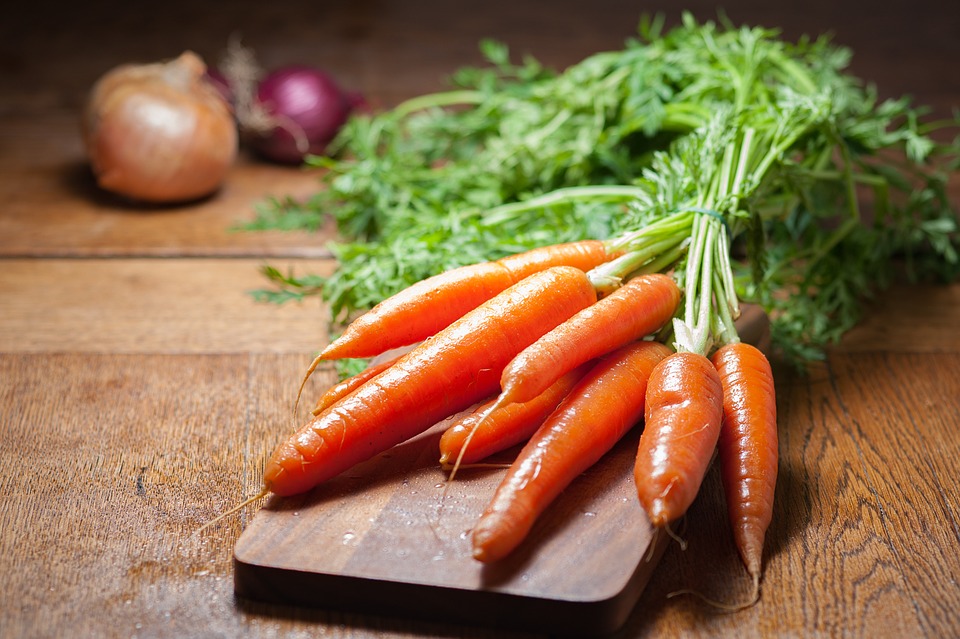 This is the easiest one you can find; it is also something that can easily be tweaked depending on how you like your soup. For this recipe you will need the following turkey neck soup ingredients:

Other ways to prepare the turkey neck soup

Cabbage and turkey neck – the method of preparing cabbage with the turkey is not so different from the original method, as the only difference is the addition of ingredients like cabbage, bay leaves, black peppercorns and celery.

However, for this method, the turkey neck is boiled until the meat falls off from the bones, then they are removed from the boiling water with a large spoon, separated from the bones, allowed to cool for a few minutes and then chopped into tiny pieces.

The meat is then set aside and returned to soup alongside the rest of the ingredients. 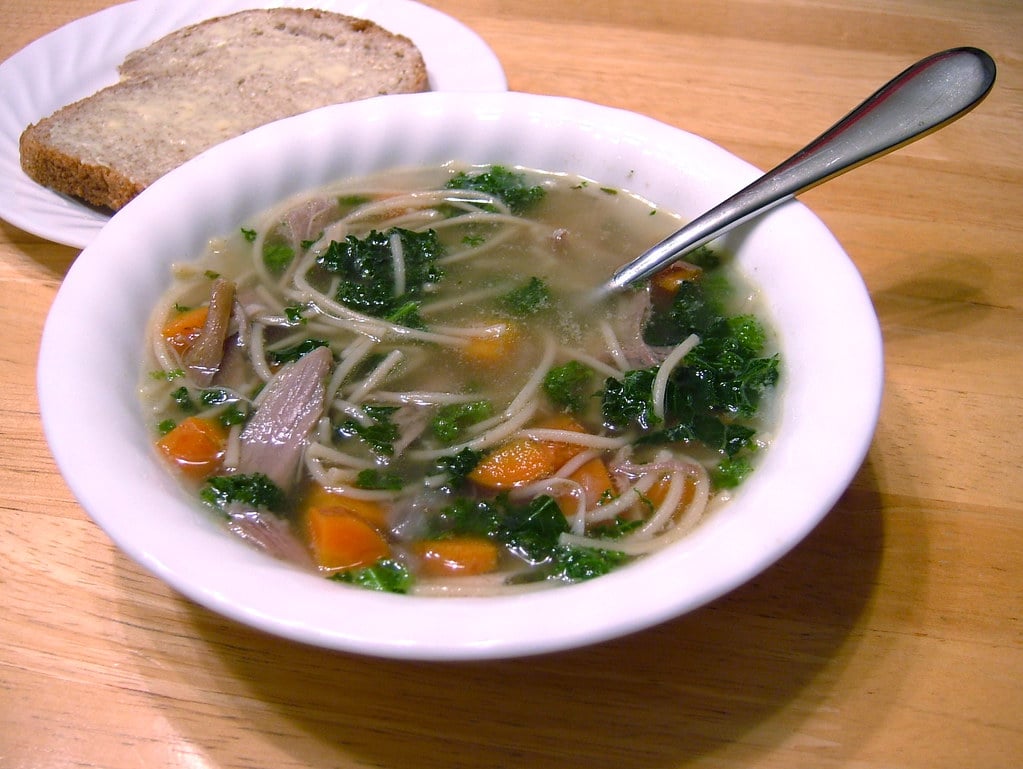 To prepare, chop the garlic, onion, fresh oregano, scallion and thyme then set aside. In a large soup pot, heat vegetable oil over medium heat and carefully pour in the chopped ingredients. Allow the items to cook for at least 4-6 minutes before reducing the heat to low.

Wash the black-eyed peas thoroughly and drain off the water, chop the carrot, mix it with the peas and add the mixture to the pot. Once that is done add the smoked turkey neck and pour in a good quantity of water. At this time, you can now add the other ingredients like the scotch bonnet pepper, salt and ground black pepper. Allow to boil and allow to simmer for at 45 minutes or until the peas are soft enough.

Now you can peel the sweet potato and cut into small pieces. Also peel off the skin from the taro and eddoes, remove the stems off the okra, cut them evenly, rinse with water and add to the soup.

Using a large spoon, remove the turkey neck from the soup, set aside and allow to cool. Add the remaining ingredients like the grace cock soup and tomato paste. When the neck is cool enough, strip the meat off the bone and add it back to the pot of soup. You can also add the bone as well to make the soup more flavorful.

Allow the soup to cook for at least 35 to 40 minutes until the soup is a bit thick. Turn off the heat, serve hot or allow to cool for a few minutes and enjoy.

Turkey necks – what else can you do with them 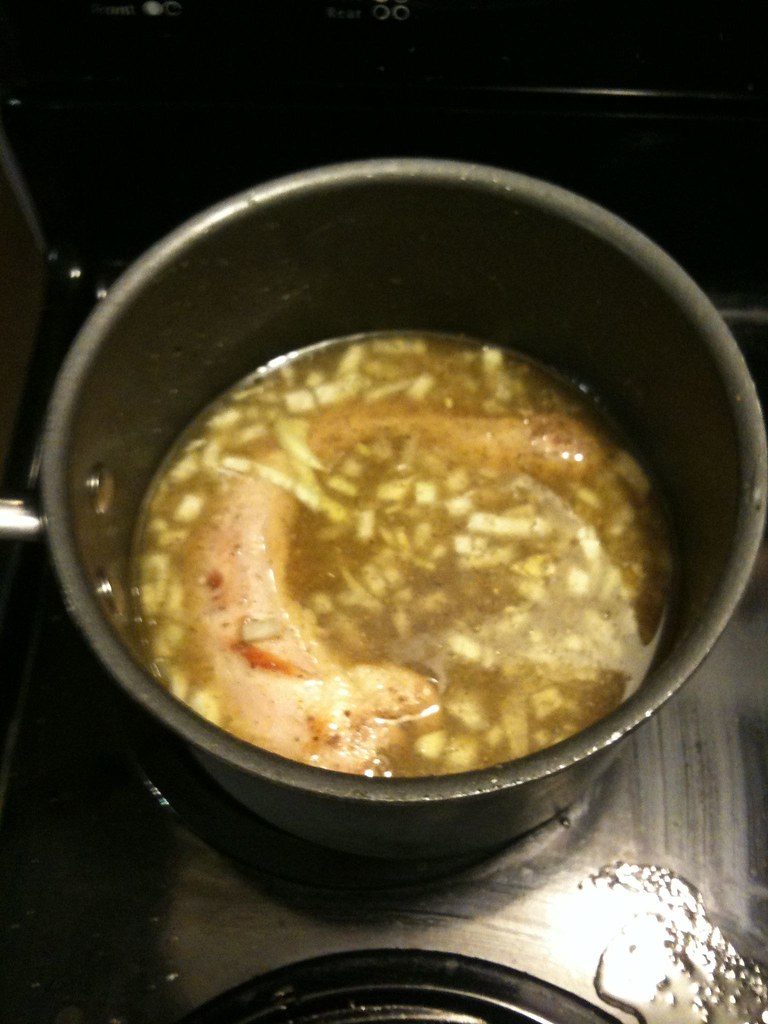 Aside from making a mouthwatering dish of turkey neck soup what else can you possibly do with them? Below are a few things:

Turkey neck soup is a great soup, possible as a Thanksgiving leftover or a soup for any time of the year. If you were once like me, not knowing always knowing what to do with leftover turkey necks, then here is a huge opportunity for you get the best out of them.