Ramen vs Udon? These are two forms of Japanese noodle dishes that have made noodles a treasured culinary ingredient.

These noodles are so easy to make, utterly delicious, and undeniably filling that they need not be eaten alongside any other dish.

Made with different types of noodles, they are mainly served in hot soups though they can also be served as chilled dishes, especially during the hot summer months where hot soups are not exactly anyone’s preferred dish.

Though there are different Japanese noodles, these two stand out alongside the soba noodle. These noodles can be enjoyed at any time of the day—well, at least to me, they can. Breakfast, lunch or dinner, it doesn’t matter to me—good noodles should be devoured whenever you get the chance! And I just got one more chance right now: I’m eating a wheat flour noodle and it’s yummy. Anyway… 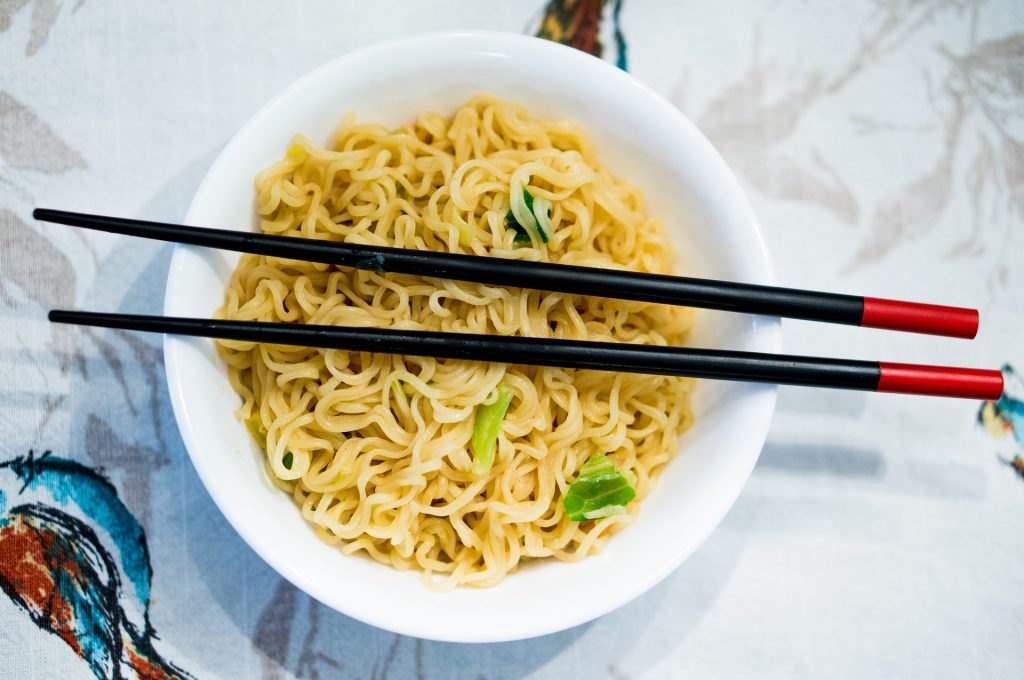 Ramen is a Japanese dish that is said to have originated from China. After its introduction to Japanese cuisine, the dish became widely consumed and gained more recognition in the world. It is considered one of Japan’s most popular dishes, and the best thing about it is that it is relatively affordable, considering its fame and all of that. Not many tasty meals come so cheaply.

The ramen noodle is made from wheat flour, salt, water, and kansui, which is the ingredient responsible for the noodle’s slightly yellow color. This noodle comes in many different shapes and lengths. It can be thin or thick, though not as thick as udon noodles, and it can also be long or short, straight or curly. 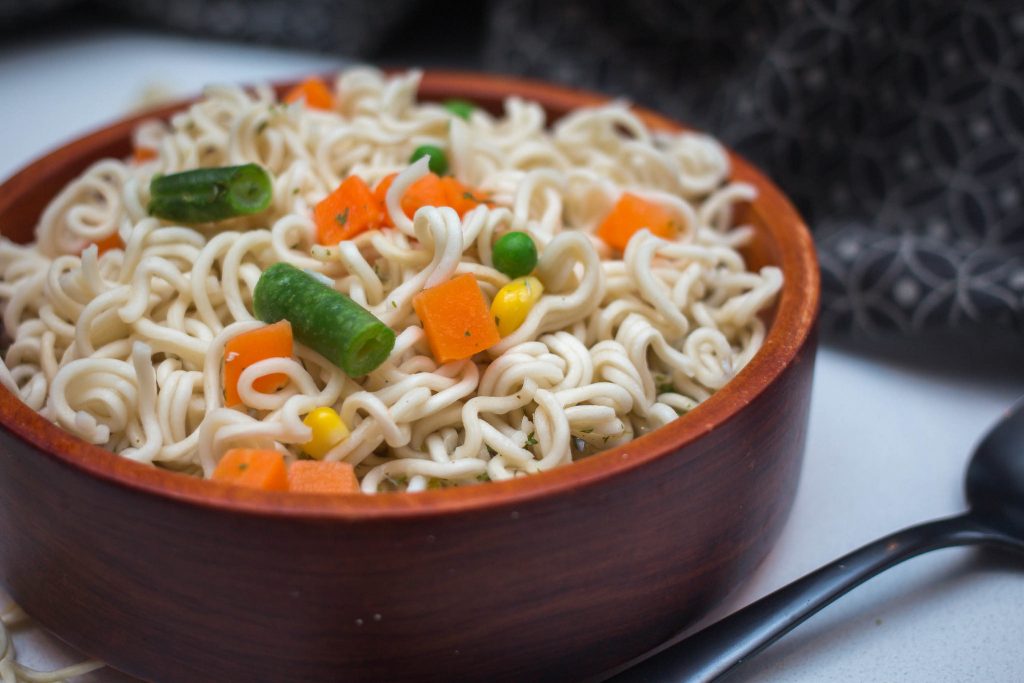 The kansui may be substituted with eggs, so when purchasing the ramen noodle, check the label lest you end up with an ingredient you’d rather not have (especially if you are a vegan or perhaps, allergic to eggs).

Ramen dishes are made of ramen noodles and usually served in a meat-based broth, though the broth can sometimes be fish or even vegetable-based. Meat-based broths use ingredients such as pork bones, kelp, beef bones, or beef to make beef ramen, chicken ramen, and so on. Most times, the broth is flavored either with soy sauce or miso paste.

Typical toppings for this dish include sliced pork, nori, scallions, green onions, boiled eggs, carrots, and practically anything else you can think of. The list is not exhaustive, and you can pick as many toppings as you would like. The dish is usually heavy in regards to toppings, so knock yourself out with your favorite ones.

Types Of Ramen, Based On The Broth’s Flavoring

Ramen dishes are normally classified based on the flavor of the broth. This doesn’t really have to do with the ingredients used in the making of the broth, but more so the condiment used in flavoring the broth.

By no means are these all the types of ramen dishes available, but these are the most common dishes.

Hiyashi chuka is a chilled ramen dish that is served during summer. The dish came about as a way for ramen shops, izakaya, and restaurants to retain their customers during the hotter months since hot ramen soups fell out of popularity during these times.

Ramen noodles come prepackaged as instant noodles and they are easy to make. Just add hot water and wait a couple of minutes and they’re ready.

The udon noodle is a thick white noodle (the thickest Japanese noodle) that is typically served hot in noodle soup. However, it can also be served chilled during the summer season. When served chilled, it is accompanied with a dipping sauce. 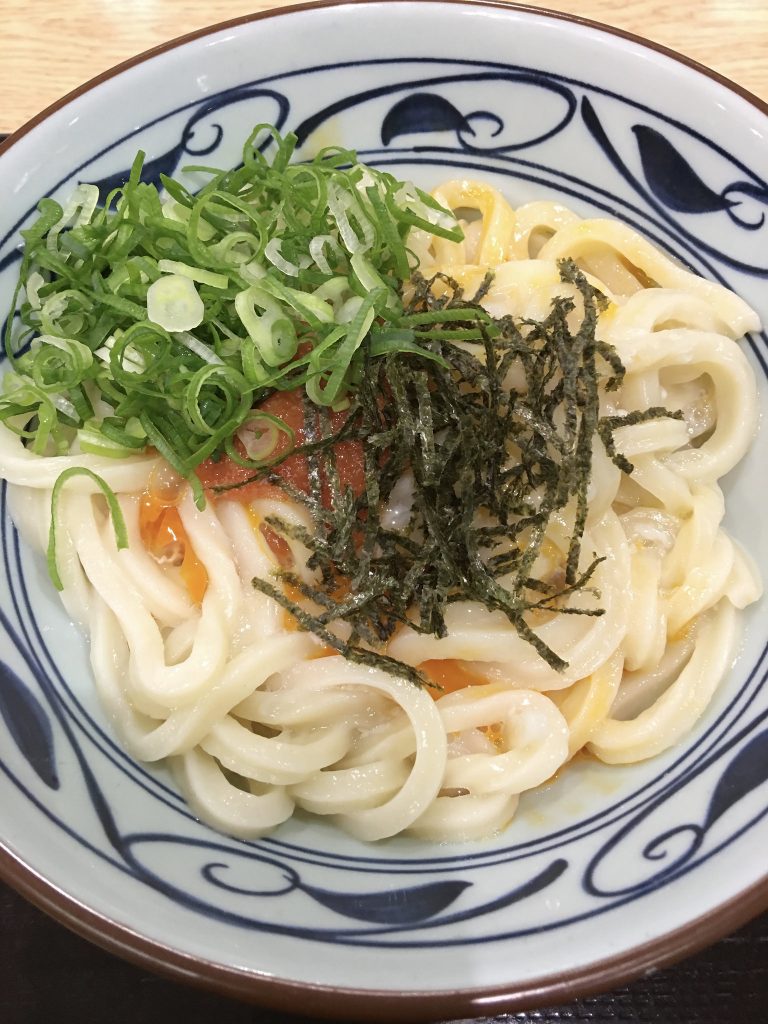 Soft and chewy with a smooth texture, the udon taste, though subtle, can be enhanced greatly by the broth, as this noodle easily absorbs the flavor if its broth. The reason for the subtle flavor is that traditionally, the udon ingredients consist of just wheat flour, salt, and water. Thankfully, the broth infuses its taste and flavor into these otherwise plain noodles.

The simplest form of udon soup is kake udon, which is generally only eaten with finely chopped green onions and a slice of kamaboko (a type of fish cake).

The soup broth for udon is known as kakejiru. A light broth, it is flavored with just dashi, soy sauce, and mirin. Most people tend to add shichimi for taste. The broth can also be made with chicken for a delicious bowl of chicken udon.

Udon can come either dry or precooked, and the toppings for cold and hot udon vary in some regions.

Typical topping choices include scallions, tempura, prawn or shrimps for seafood udon, aburaage, and kamaboko. Cold udon is also referred to as udon salad, and this dish is garnished with slices of egg omelettes, shredded chicken, and fresh vegetables.

For seafood udon, it is advisable to only use fresh seafood as it has richer flavors and will greatly boost the flavor of the udon noodle.

Tsuyu, mentsuyu, and ponzu are three common sauces that are used.

The Differences Between Udon And Ramen

Udon and ramen, both Japanese noodle dishes, actually have very few things in common. As far as similarities go, the noodles are both made from wheat flour, are part of Japanese cuisine, can be served as hot or chilled dishes, and require dipping sauces when served chilled.

So what exactly are the differences?

Ramen and udon are not the only Japanese noodles available. There are others and they are all distinct from each other.

Soba is another extremely popular Japanese noodle. Unlike the others, this noodle is not made from wheat flour. It is instead made from buckwheat, meaning it’s gluten-free. However, soba can also be made from both buckwheat and wheat flour.

Somen is another type of wheat flour noodle made with flour, water, and vegetable oil. Compared to udon, it has a very similar flavor and texture, though it’s a little bit thinner than udon. Chilled somen are served during the summer months and make for a great source of entertainment at a party when passed down an open bamboo pipe where party guests must try to catch the somen with their chopsticks.

There’s also the harusame and shirataki, among other types of Japanese noodles.

Rice noodles: As the name might imply, these noodles are made from rice flour, not wheat flour or buckwheat.

Ramen shops, izakaya, and Japanese restaurants are places where you can easily get these delicious Japanese dishes. They aren’t difficult to make, so you could do some cooking yourself from home. And while you’re at it, you might want to brush up on your chopsticks skills. Most important to remember about udon vs ramen is that with either dish, it’s not offensive to slurp noodles in Japan! 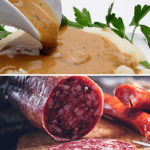 Chorizo Gravy: For the Novice and Pro Cook 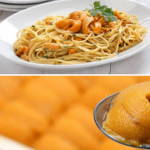 What Is Uni? Find Out All About this Exotic Japanese Seafood