So, you’ve heard the name, and you’ve seen something that vaguely resembles fish and lobster, but you still don’t know what crawfish taste like.

Let me just say that I hope you become enlightened on that score. But until then, allow me to share my love of crawfish with you by detailing not only their taste, but how best to eat them. By the end, you’ll be able to call yourself an expert just like me.

You came to find out one thing, now stay for the whole thing. You’re going to learn about the famous crawfish: what it is, how to properly eat it and a whole lot of other stuff including what it actually tastes like. So, what does crawfish taste like? Let’s find out!

What Exactly is a Crawfish?

Crawfish (also known as crayfish) are crustaceans that live on the ocean floor. They have long muscular bodies including a very hard protective exoskeleton. They have ten legs for walking, the front two of which are claws. 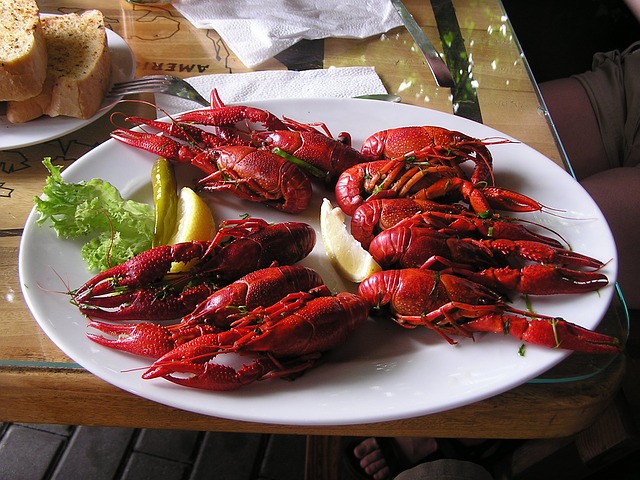 Crawfish usually have a lifespan of up to fifty years, but they are usually caught before then and delivered to your dinner plate. Compared to other sea creatures in the ocean, the crawfish lives close to the shore line.

Species of crawfish found in the Northern Hemisphere are usually larger and meatier, especially the ones found in the Atlantic Ocean.

There’s also the smaller crawfish (also known as scampi), and they come from the Southern Hemisphere.

Crawfish has historically been a food for the poor; it was even served in prison and used as fertilizers. How can something so good have such a low status?

In the mid -19th century, though, things changed. The status of the crawfish elevated greatly, becoming quite a sought-after food by the wealthy. It remains that way to this day.

Their unique flavor compared to other seafood helps explain the sudden craving. The popularity of crawfish has grown to the extent that it is now seen as a special delicacy and also considered a lucrative business to people who sell them.

In terms of eating the crawfish you can try them out steamed with butter or sauce; they are also commonly used in soups and pasta dishes.

It is usually advisable to cook and consume crawfish when they are alive because if you cook crawfish when they are dead they give off a horrible fishy smell and can even be harmful to health. To know when it is properly cooked, observe the color, as they change to a bright reddish-orange when adequately prepared. 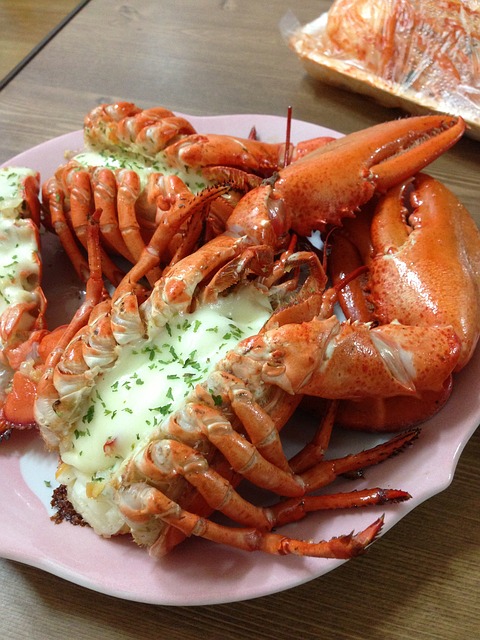 Crawfish vs Lobsters – Are They So Different?

Crawfish are not so different from lobsters; most times people often find it difficult to tell the difference between these two creatures. As a matter of fact, they both have many things in common in terms of appearance, method of preparation and their delicious taste compared to other sea creatures.

So, the question becomes: if both creatures have so much in common, then what is the difference between them? For the purpose of this article, here are three main differences between them:

Size and appearance: Crawfish are usually smaller in size compared to lobsters, making them look like baby lobsters. In length, crawfish grow to an average of three to six inches while lobsters grow as long as twenty to twenty-five inches.

Natural territory and feeding habit: Lobsters tend to spend most of their lives living in saltwater, while crawfish prefer to live in freshwater areas such as rivers, streams and ponds.

Although there’s a difference in the salinity level of both living conditions, their habit of living is quite similar as both of them tend to live under rocks and crevices.

In terms of feeding, crawfish usually feed on both living and dead plants and animals, while lobsters feed on live animals like mollusk, worms, fish and other life plants. In extreme cases, though, lobsters sometimes feed on their own flesh after molting (also known as shedding). 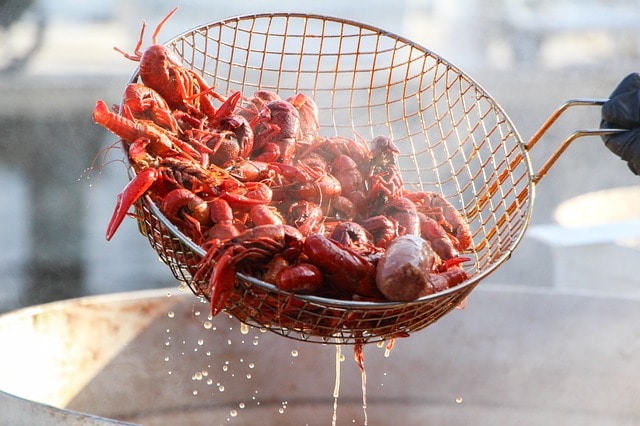 Preparation and flavor: It is more or less impossible to tell the difference between lobsters and crawfish when they are prepared the same way. Although some might say that lobsters taste a little bit saltier due to their prolonged stay in saltwater, the truth is that the difference in flavor has less to do with the habitat of the creature and more to do with how it is prepared.

With lobsters, the tails are usually boiled and dipped in butter. Crawfish are boiled whole and dipped in spicy Cajun seasoning and usually served with corn and tomatoes.

How to Properly Eat Crawfish

Eating crawfish for the first time can be messy and tricky but with a little bit of practice you will begin to realize how easy it is. It basically involves the following steps:

Step 1: Twist off the tail from the rest of the crawfish; this is properly done by bending sideways or pulling up and down (sideways works better though). Once that is done, you can choose to discard the head or suck it to get a more concentrated taste of the spice and also the crawfish head taste.

Step 2: Next step is to peel off shell material at the opening to ensure easy and smooth removal of the meat. This is done by holding the tail and carefully peeling off along its length. Dip in your desired sauce when you are done.

Step 3: Firmly grasp the tail of the crawfish at the base and pull out the meat from its shell gently. If you get this correctly, the meat comes out intact.

Note: it is important that you properly cook your crawfish and try to ensure that it is alive when cooking. 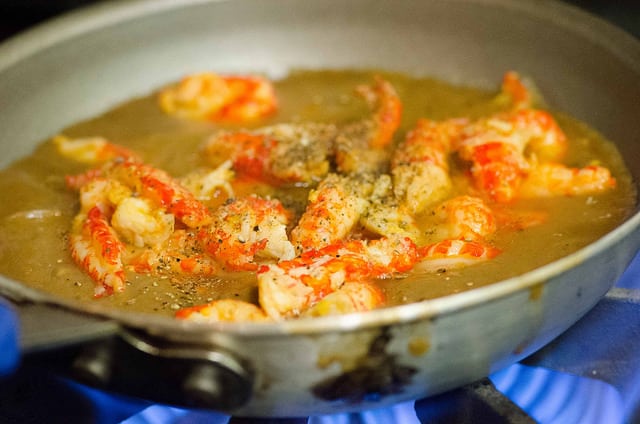 We have said quite a lot about crawfish; it’s time we move on to main topic of the day which is what crawfish really taste like.

Although crawfish are categorized under the same group as fish, it does not in any way taste the same as fish. Most people jump to the conclusion that since crab and crawfish are similar in nature then they should both taste the same. This is actually wrong, as crawfish have a stronger taste and are more meaty.

Crawfish are usually less tough and more subtle compared to shrimp, and the taste can more accurately be described as a combination of crab and shrimp. Crawfish has a sweet taste with a little bit of salt and mineral flavor. While flavor can be difficult to describe, one thing that’s definitely true is that crawfish has a distinctive taste. It also important to note that raw crawfish tastes a little less salty compared to lobster.

Crawfish can be taken apart and separated into numerous groups, all of which have entirely different tastes and different applications in cooking. The claws, legs, tomalley and roe are all parts worth exploring when discovering the taste of crawfish.

These three essential parts of the crawfish can be assembled together as one taste group. Each one of these parts usually contains a good amount of meat and are considered the desirable parts of the crawfish. Although many may debate which is better, tail meat or claw meat, you can’t go wrong with either of them.

Crawfish claws have a fine taste that is sweet and light. The meat is not in any way chewy; in fact it is very smooth. Since they usually aren’t uniform in shape, they are best prepared boiled or steamed. 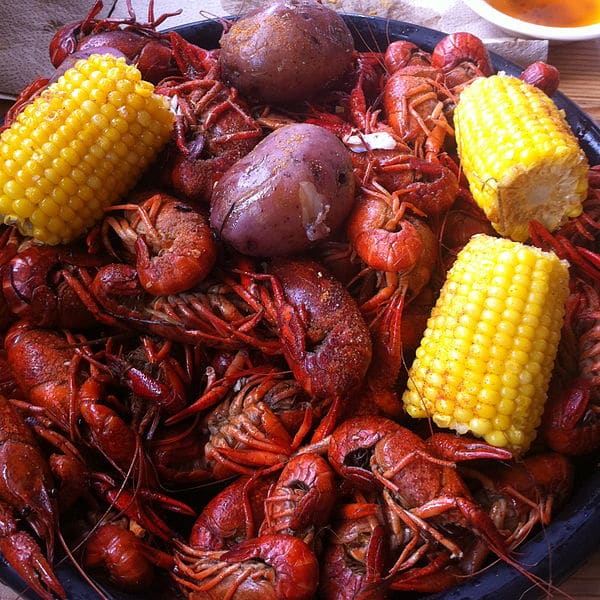 Unlike crawfish claws, the tails have a distinctive sweet taste, usually more stalky and tough compared to crawfish claws. This thickness allows for numerous cooking techniques when preparing the crawfish tails.

Steaming and boiling work great, but to get the perfect taste of the crawfish tail you can grill, pan sear, broil or bake a crawfish tail. As for the legs, they may look skinny, but there’s plenty of juicy meat in each leg. You can get it by simply sucking it out.

For those of you that don’t know what tomalley is, it is that green stuff found inside the crawfish. It is the crawfish digestive gland, something like the liver, kidney and pancreas all combined. It has quite a strong and concentrated flavor; it’s also smooth, creamy and can either be eaten alone or added to sauces or soups to add an extra crawfish flavor.

Crawfish roe, on the other hand, are a group of bright red eggs you will find in a pregnant female crawfish, usually bearing a light mineral taste like that of ocean water. If the roe inside the crawfish is red, it simply means that it is properly cooked and therefore edible, but if it’s black then it’s not edible and should be cooked further.

So… what does crawfish taste like? Though I’ve described in words as best I can, the only way to know a flavor is to experience it. Hopefully this has served as an adequate appetizer, however. As for me, it’s impossible not to become hungry when hearing about crawfish! Satisfy your curiosity and enjoy a delicious meal with crawfish. 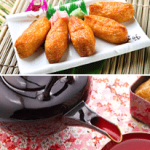 Inari Sushi – What You Need To Make Fishless Sushi! 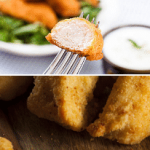 How to Make Jamaican Baked Chicken • Fun and Tasty Recipe