An often-asked question about elk meat is “what does elk taste like? ” But first, let’s take a look at elk, where they live, how they are grown or hunted, as well as the traditional foods served in that area.

What is Elk Meat?

Elk meat is the flesh of the largest member of the deer family to be found on the North American continent and in Northeast Asia. Sometimes also known as wapiti, their scientific name is cervus canadensis. Care should be taken not to confuse elk with moose, scientific name alces alces, even though the British use the name “elk” for both.

Elk have slender antlers which as shed once yearly, although they are the largest deer species in the northlands, moose are even bigger. Moose have flat antlers instead of slender branching antlers.

You can obtain elk meat by hunting.

There are both gun and bow seasons for elk. They are also farmed, and have been successfully raised domestically in areas such as New Zealand. There is some concern that because elk are extremely adaptable, they could become an invasive species.

How Does Elk Taste? 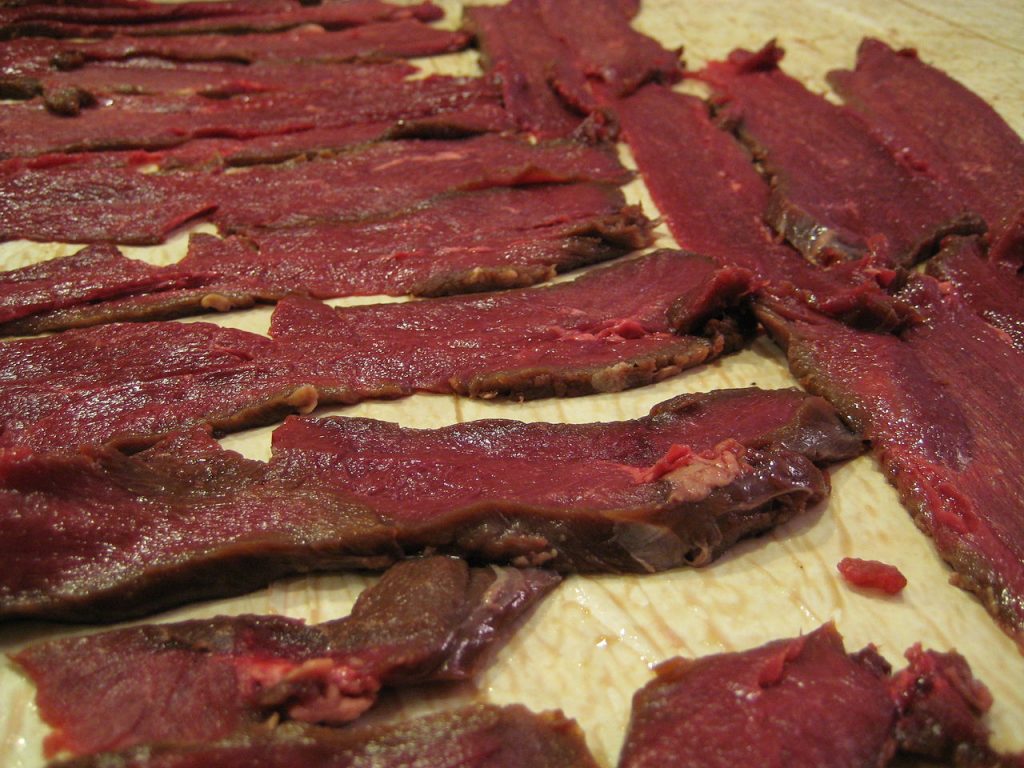 Those who have eaten elk meat say that it tastes a lot like beef, and perhaps a little bit like deer. Since elk are a member of the deer family, it should come as no surprise that it should resemble deer in flavor.

Elk is leaner than beef, even if the elk are farm raised. If properly prepared it is more tender than beef. Since elk have less fat that beef, it is easy to see why native Americans and early settlers from Europe prized having a fat bear or a bit of salt pork on hand to mix with the leaner elk, deer or rabbit.

In deep winter, when most of the animals who could be hunted were exceptionally lean, people could actually starve for lack of enough fat to digest proteins, a condition called “rabbit starvation” or “mal de caribou.”

Fortunately (or perhaps unfortunately), our modern diets rarely lack for sources of fat. The lean elk meat, when properly prepared, is tender, flavorful, and a blessing for anyone who is trying to cut down on fat in their diet.

To bring out the delicate flavor, adding beef suet or pork fat to the mix can make elk burger taste even better. Seasoning the frying pan with bacon can also help to moisten the lean meat. Elk meat can easily be over-cooked. Most cooks who prepare elk meat regularly recommend leaving it just a little bit rare to help preserve moisture, flavor and tenderness.

With that said, most people find elk meat healthy, especially if they are trying to cut back on their fat consumption. The uncooked flesh is dark red in color, dense with very little marbling. It doesn’t require a heavy marinade to mask the wild flavor that is often prevalent in meats such as venison. The elk flavor is rich but mild, which means that it can be used in almost any recipe that calls for beef. 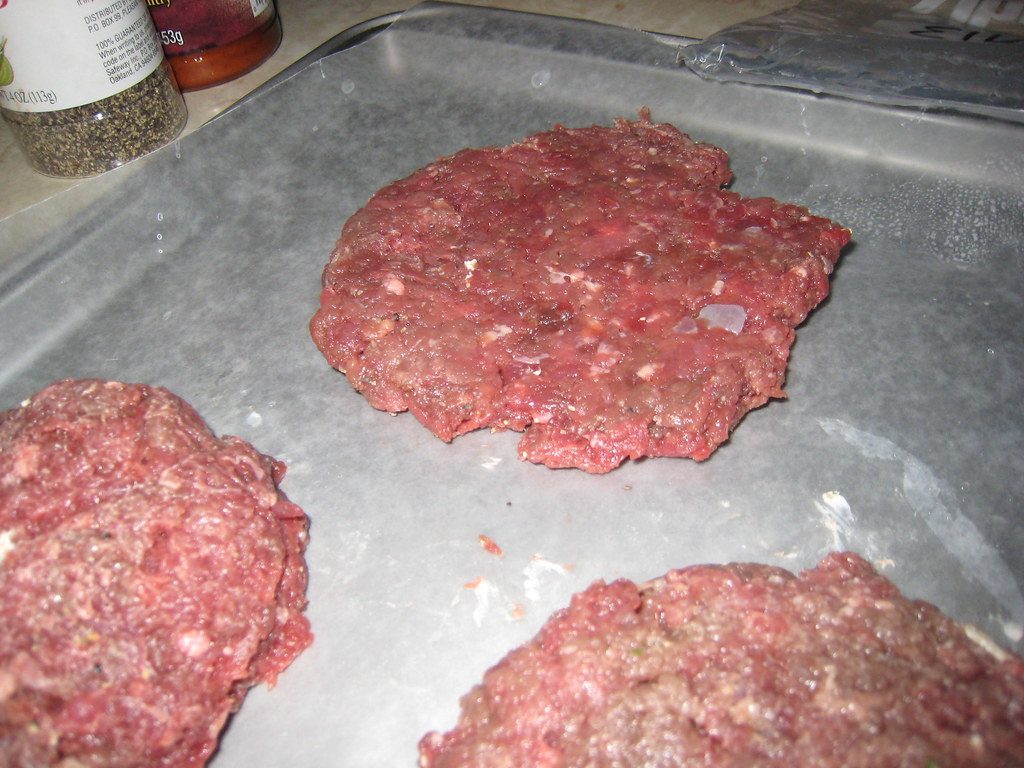 Like many wild caught sources of protein, there are distinct elk meat benefits. You can be sure that it is free from antibiotics and that it grew up in a free-range environment where it grazed on natural fodder. Even if the elk steak on your plate came from a domesticated elk, the farms or ranches where elk are grown usually maintain a naturalistic environment for their animals.

Elk meat usually lacks the gamey flavor often associated with deer meat. This makes it more acceptable to modern palates that are accustomed to the mild flavors of pen or cage grown beef, pork or poultry. Elk can be used in any recipe that calls for beef, including sausage, chops or roasts.

One elk will dress out to quite a bit more meat than one deer. So if you are looking to fill up your freezer, an elk is the way to go. Not only does it have a more succulent flavor than ordinary deer, it is lower in fat and will provide many more pounds of protein than one deer.

If you are not into hunting, elk are often grown on farms.

There you can purchase the meat by the pound or perhaps as a half or whole dressed out animal. This keeps the muss and fuss of dressing out the animal away from your home and perhaps from family members who have delicate sensitivities about eating Bambi. 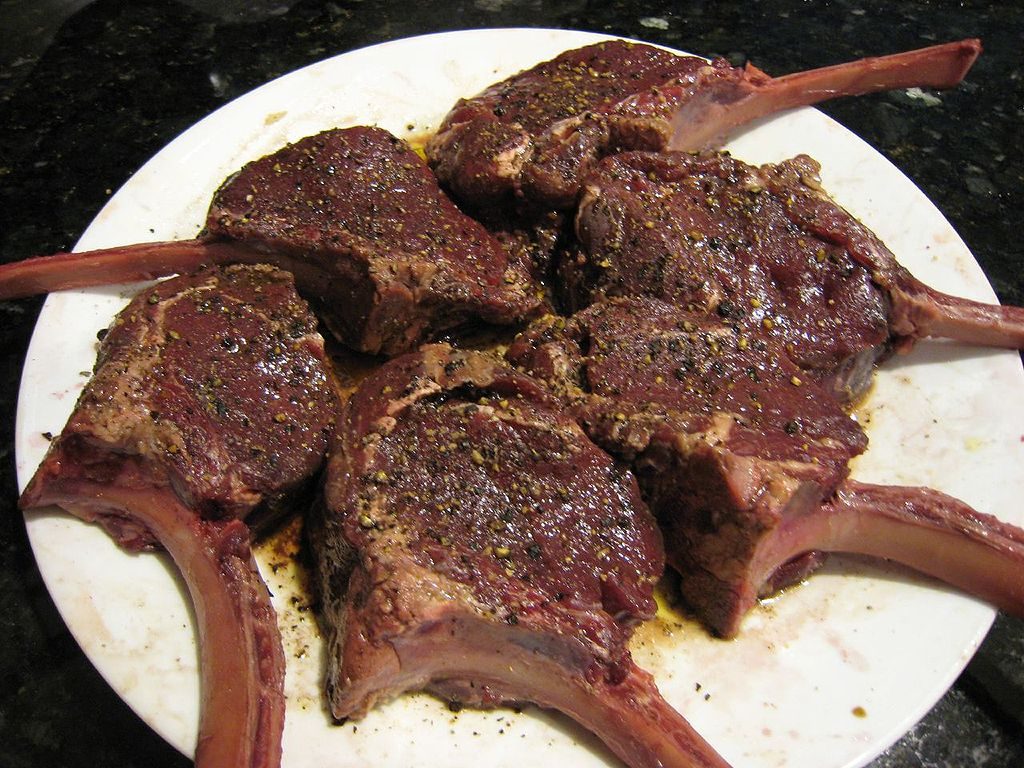 However, with farm raised elk, you cannot be sure that they are free range or raised without antibiotics. When animals are domesticated, they are sometimes subject to different conditions from wild-caught creatures.

Elk are native to the northern hemisphere. There have been some concerns about introducing them to the southern hemisphere. Many people remember the devastation created by introducing rabbits to Australia. When prey animals are seeded outside their normal habitat, they often crowd out native creatures.

Sometimes, the predators of their new area do not recognize them as legitimate prey. This means that the herds can become out of control, eating more than their fair share of local vegetation. The result of over-browsing is often very similar to when domestic cattle, sheep or goats are allowed to over-graze pasture.

Therefore, when you buy or hunt elk in areas where they have been introduced, you might ask yourself if they are replenishing a one-time population, or are they a potential invasive species.

Preparing Elk for your Dining Table

When planning to serve elk, keep the thought that they are extremely lean in mind. They taste good, but need a delicate hand when frying or grilling to keep them from becoming tough. Adding a little butter or other animal fat in the cooking process will help with keeping it moist.

Adding a little beef suet or pork fat to your elk sausages will improve the flavor and make them easier to cook. One diner commented that she didn’t really appreciate elk burgers until her boyfriend made them with pork fat instead of beef. Since elk has a mild flavor, the fat that is added will strongly influence the flavor.

Elk is an excellent meat to add to stew. 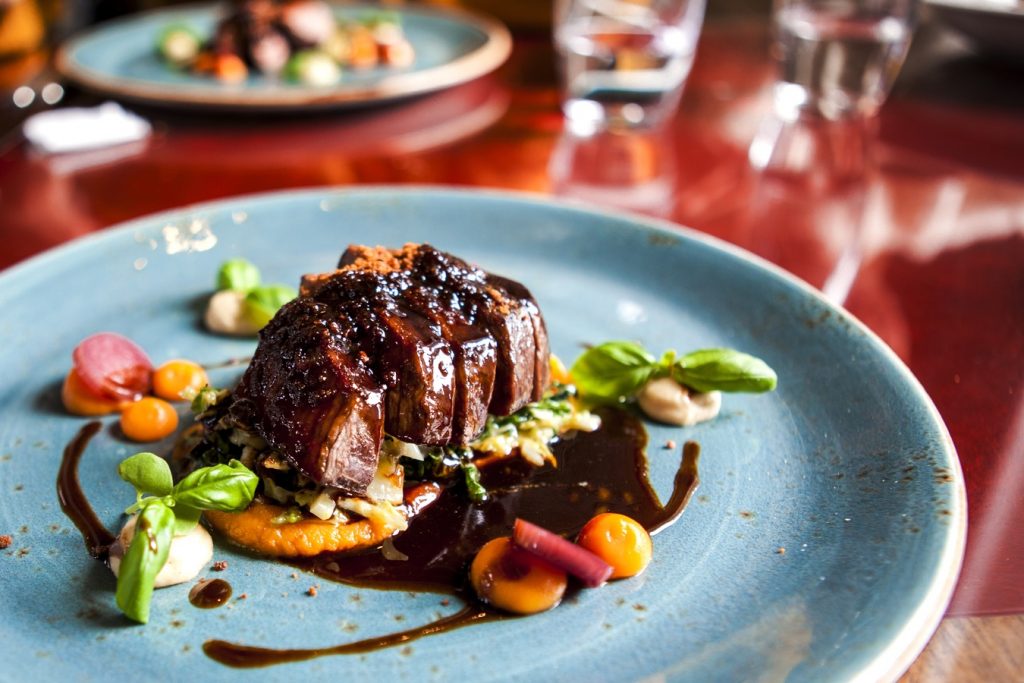 Since it is lean, it won’t create the greasy film so familiar to diners who are familiar with beef stew. It will, however, be enough to flavor a vegetable combination such as potatoes, one small onion and a cup or two of carrot medallions. It is probably too mildly flavored to go well with soups or stews that are heavily flavored with tomato sauce.

If you want to add flavor to your elk meat, gently sprinkle it with black pepper and a little garlic powder. The idea is to enhance its mild taste without overwhelming it to the point that you only taste the spices.

Side Dishes with Elk

Since elk is a mildly flavored meat, you can serve it with almost anything. However, if you want to recreate the foods of its areas of origin, you might think about the foods that are traditionally served in those areas.

For example, in Canada and the northern United States, the tribes living on the plains made Pemmican. Pemmican was dried berries, animal fat (often from buffalo) and shredded dried meat. The result was a nutritious, portable snack that could sustain life when other foods were not available. You might not want to make pemmican to go with your elk steaks, but blueberries, cranberries or Saskatoon berries make a flavorful complement to them. 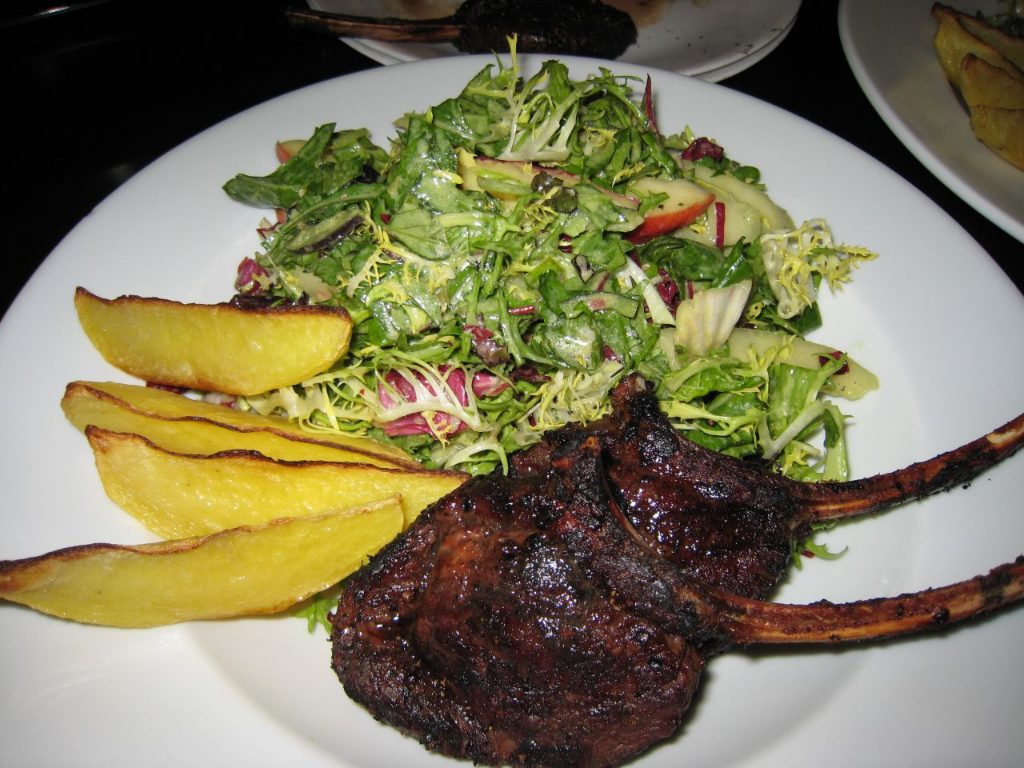 Beans, maize and squash were cultivated by many of the native American people. The Hopi and Navaho called them the Three Sisters because they grow well in the same soil and can be combined into a variety of tasty dishes.

Wild rice and similar wild grains were dried, roasted and cooked in water, just as they are prepared around the world.

The Scottish explorers introduced the Bannock to the natives. Those adaptable people, who were already grinding grain into flour and cooking it, were happy to adopt the traditional Scottish food and add it to their repertoire.

In Northeast Asia, the people grow wheat. As a result, the native dishes often include dumplings and noodles. Mung beans and rice are also eaten. Baked breads and flatbreads, such as pancakes, are also popular.

Any of these foods will go well with a good elk steak. Or you can create your own traditions. It is hard to go wrong with a current American staple side for steaks of any kind: baked potato and a fresh, crisp green salad.

Certainly, you now have the answer to the question ”What does Elk taske like?‘. The mild flavor of the potato and the fresh crunch of the greens are an excellent complement to the delicate taste of elk meat. Or to put it another way, serve your favorite mildly flavored side dishes, and let the elk flavor shine through.