Even if you’re not Japanese and are not at all acquainted with Japanese culture, you still must have heard of sushi. It’s a very popular food; most metropolitan cities in the world would probably have a Japanese/Asian restaurant or two that you can easily go to if you want a bite of this wonderful dish.

However, those who have not eaten sushi before may not know its taste and are wondering whether they should give it a try or not. Tasting and eating sushi for the first time can be scary for a lot of people. It’s understandable – most sushi features raw fish as a primary ingredient. Folks are just used to having their food – especially seafood – cooked thoroughly. But once you get over this fear, you’ll be rewarded with a memorable culinary experience like no other.

First of all, what is sushi? Sushi is a traditional Japanese food made of vinegared rice with other ingredients such as vegetables, seafood, and usually fish. Although some sushi features meat.

If you’re a sushi newbie, let’s answer the first question that you have in mind right now. 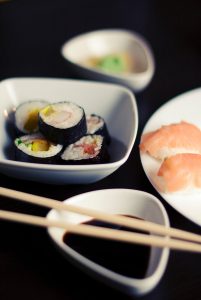 The answer to this is: it depends on the kind of sushi you’re eating.

As most sushi includes raw fish as the main ingredient, you may understandably think that sushi is very fishy. But more often than not, there won’t be strong fishy flavors involved. Sushi is a very mild and neutral flavored food. Traditional sushi is always prepared with Japanese rice that is seasoned with vinegar, and a little bit of salt and sugar. The fish that is used for sushi (e.g. tuna, salmon, mackerel, etcetera) is also not flavored with anything, save for the soy sauce, for a little sweet yet salty taste, wasabi – a kind of Japanese horseradish – for a bit of spice, and pickled ginger that you’re supposed to eat with the sushi as a side dish.

Because the most important thing about sushi is that you’re not eating it primarily for the taste, but for the texture. Good sushi doesn’t have one overpowering, dominant flavor. Everything should be balanced about it – the feel and taste of the fish, the texture of the rice grains, the flavor of the seasonings. The combination of all of these in the sushi is perfect.

This is the reason why sushi should be eaten in one bite – so that you can feel all of its different elements merging together into one tasty and coherent whole. 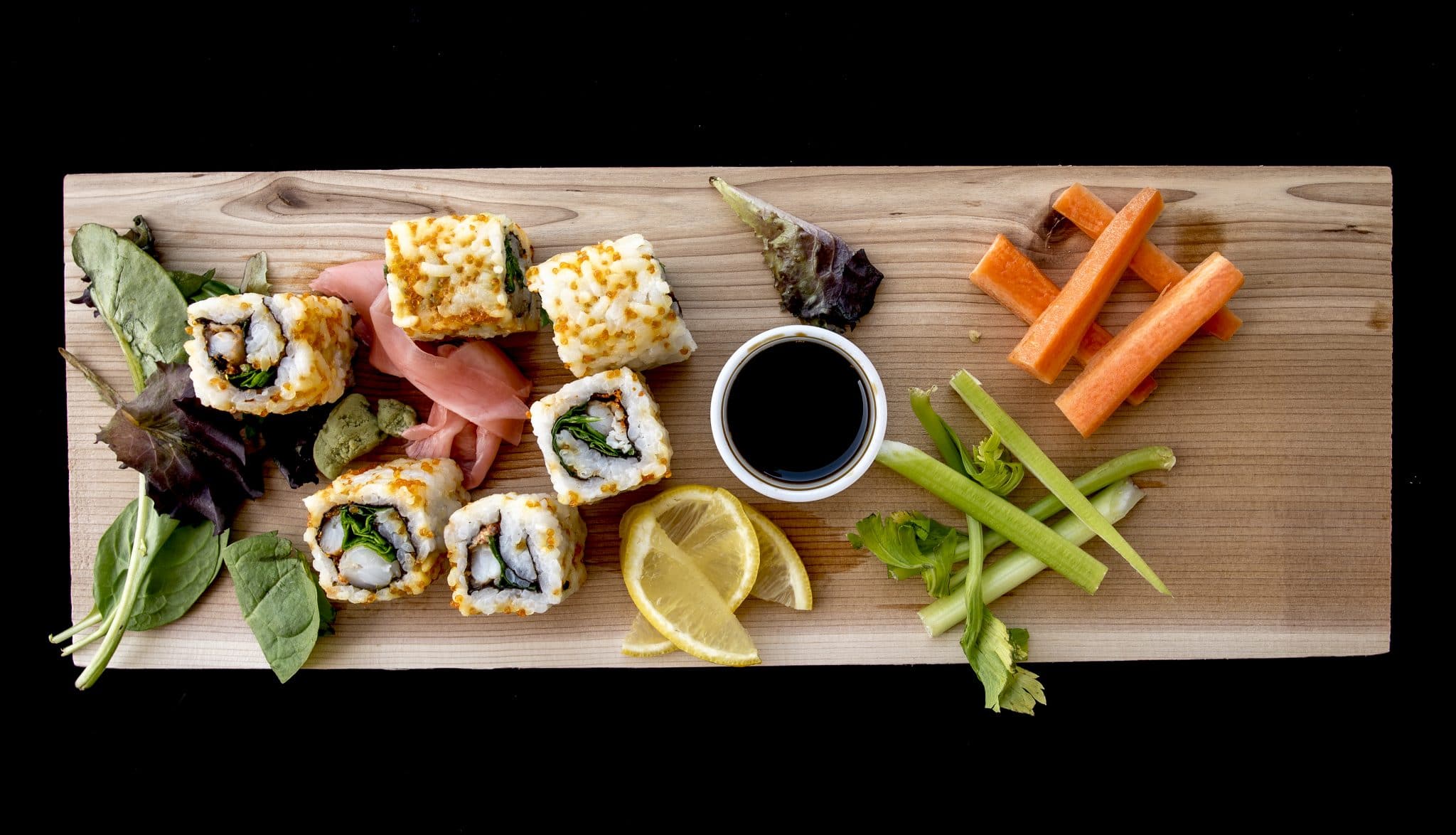 Different kinds of sushi will have different textures and tastes. Of course, the protein used in the sushi will directly influence its taste and texture. Tuna, salmon, and even eel are soft and have a mild flavor, and as such, are great beginner fish for sushi newbies. Octopus can be tricky, since it can be on the chewy side of things and has a mild fishy flavor.

The way the sushi is prepared also has a bearing on its flavor and texture profile. For example, makizushi – a type of sushi that is usually made from fish and vegetables wrapped with a sheet of crunchy nori or seaweed around it – can be so full of texture and flavors depending on the ingredients the sushi chef uses for it. It has the perfect harmony of saltiness and sweetness. You can also wrap the ingredients in soy paper, cucumber, or egg omelet. A Japanese bamboo mat is used to roll the ingredients, after which the maki will be served right away.

The California roll is a popular example of this kind of sushi. It usually has avocado, cucumber, carrots, and crab sticks in it, which makes it a great beginner sushi. Besides California roll, you should consider trying tekka maki or tuna sushi roll with the sweet and delicate meat and a very pleasing taste of tuna, or tekka maki. These are mini maki rolls, so smaller, and normally have only one ingredient in the middle. Common tekka maki rolls are tuna, cucumber, and takuan (yellow pickled vegetable).

Nigirizushi, which is the most common type of sushi found in Japan, is simply raw fish topped on a little loaf-shaped piece of rice. Meaning hand-pressed sushi, nigiri is the most basically made of the different types of sushi but features a delightful sweetness of the vinegared rice. The fish is the highlight of this sushi and can be fresh tuna, eel, shrimp, or octopus which can be either raw, grilled, or fried.

For an even more delicious taste, some chefs add wasabi in the middle of the slice of seafood or fish, and rice or add some spiciness for those who would like to try spicy nigiri.

The rice used for this kind of sushi is usually a little bit warmer than room temperature, and the fish shouldn’t taste or smell “fishy”. Remember, fresh fish shouldn’t smell! If it’s too smelly, then chances are, you’re eating poorly prepared sushi.

Temakizushi is a longer and cone-shaped type. The ingredients in temaki are similar to those of the maki but have more nori wrapped around its outside. Both temaki and maki are always best when the nori is still crispy. Skip the chopsticks, just use your fingers and enjoy!

Chirashi however, definitely requires you to use chopsticks. Chirashi is a bowl of sushi rice covered with different kinds of raw fish such as shrimp, tuna, salmon, and sea urchin. Be careful though, as in some varieties the raw fish can taste stronger than other sushi. For a milder taste, try chirashi with tuna, red snapper, and squid.

Inari is a type of sushi, but different from the other types. If you really don’t like raw fish, then inari is for you. Typically, it’s a rice ball wrapped in a tofu skin pouch. Add some ingredients such as carrots, mushrooms, and sesame seeds for more taste.

So, after learning about the different kinds of sushi, returning to the question ‘what does sushi taste like?’, it’s even more apparent that the taste differs from one kind of sushi to another.

It mainly depends on the topping used, although the overall balance of flavors also comes from the vinegared rice and the other ingredients. We suggest that you maybe try a few of several or each different type, to see which sushi you like the taste of.

How To Properly Eat Sushi 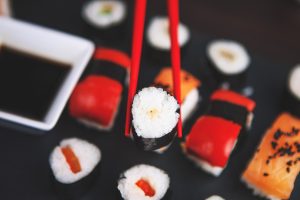 1. While most people opt to use chopsticks, the traditional way to eat sushi is with your hands. This way, you avoid ruining the sushi’s shape.

2. Pick up the sushi, and dip a tiny part of it (preferably, the fish part) in the soy sauce. Avoid getting soy sauce on the rice since this disrupts the flavor drastically. You can add a little wasabi on top if you want to. Mixing the wasabi in the soy sauce is a huge no-no.

3. Place the sushi in your mouth, with the fish side touching your tongue. Eat it in one whole bite.

4. Eat a piece of pickled ginger to cleanse your palate.

Remember: if you’re eating in a traditional Japanese sushi restaurant, then remember to praise the chef right after eating the sushi.

These kinds of establishments also don’t practice tipping but remember to praise and thank the chef after the meal to show your gratitude for his craft. A glass of sake is highly appreciated if you can treat him. 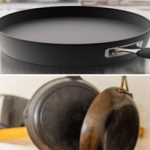 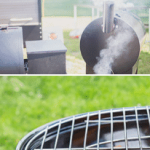