My favorite deli sandwich is ham and swiss, but when I go to pick out the type of ham I want in my sandwich, I always have difficulty because I am not sure what each type tastes like. Fortunately, my local deli allows me to taste the ham so that I know what it tastes like before purchasing it. I noticed that many delis use Black Forest ham for their sandwiches, but what is Black Forest ham, and why is it a popular choice for sandwiches?

What is Black Forest Ham?

Black Forest ham is a type of smoked ham that has been dry-cured with salt and other spices. This type of ham originates in the Black Forest area of Germany that takes up to three months to perfect. The black exterior of the ham is created by the process of cold-smoking the meat.

The ham is boneless, and the curing and smoking process gives it a very pronounced flavor that makes it a great option for not only sandwiches but other dishes as well. I also love the way this ham tastes in soups, especially because the ham makes it so that you do not need to add much additional salt to the dish as you make it. 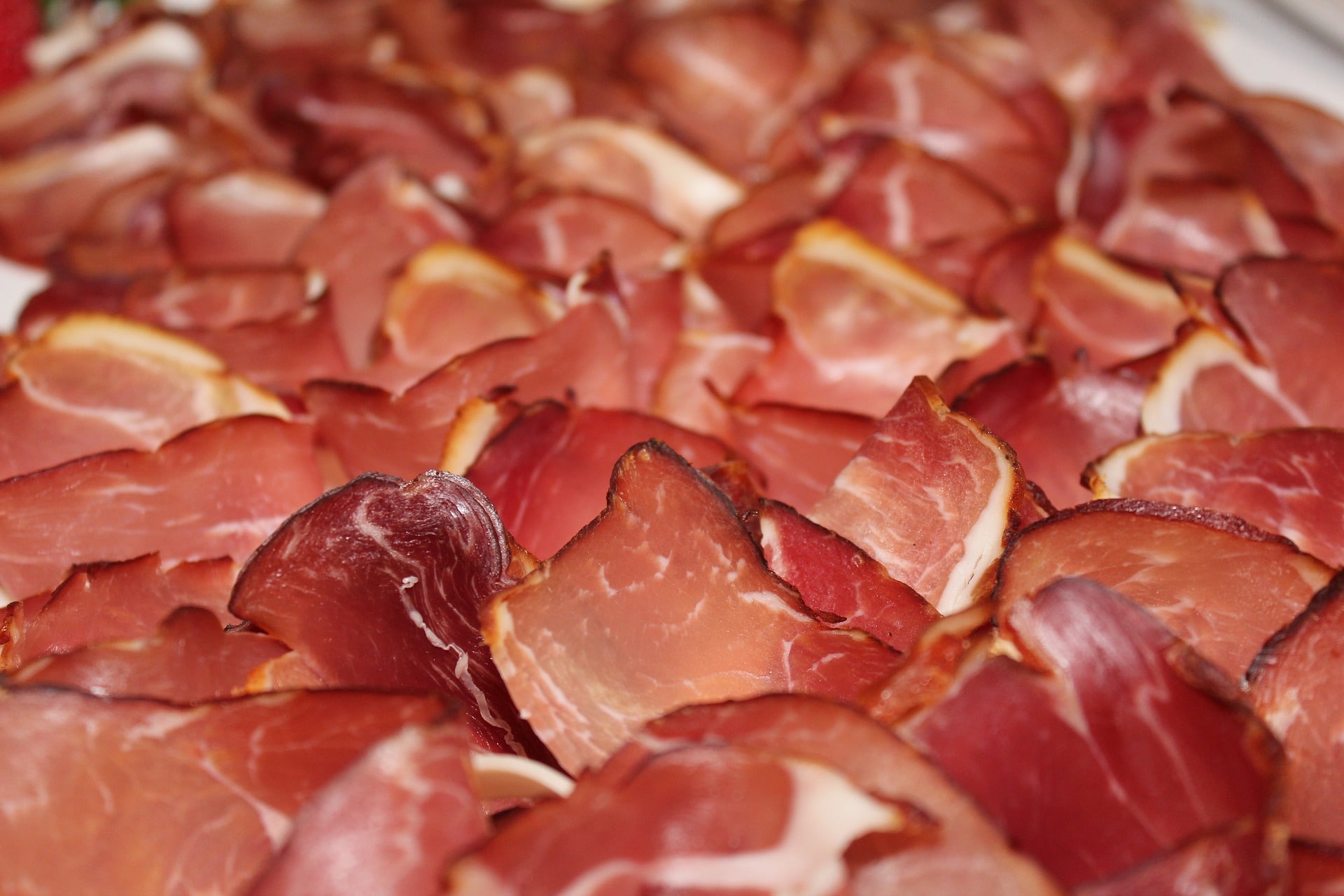 Black Forest ham is a great source of protein, but since it is cured in salt, the sodium levels of the meat tend to be a bit high. There are lower sodium Black Forest ham options available for purchase, so if you are watching your salt intake, you may want to consider this as an option.

One serving contains about 500 mg of sodium, which is a quarter of what you should consume in a day. This ham is also rich in B vitamins, iron, and zinc. When it comes to black forest ham calories, a serving of the ham, which is about two ounces, is 80 calories. Be aware that two ounces is not a lot, and many people tend to double that amount of meat when they make a sandwich.

What is Cured Ham? 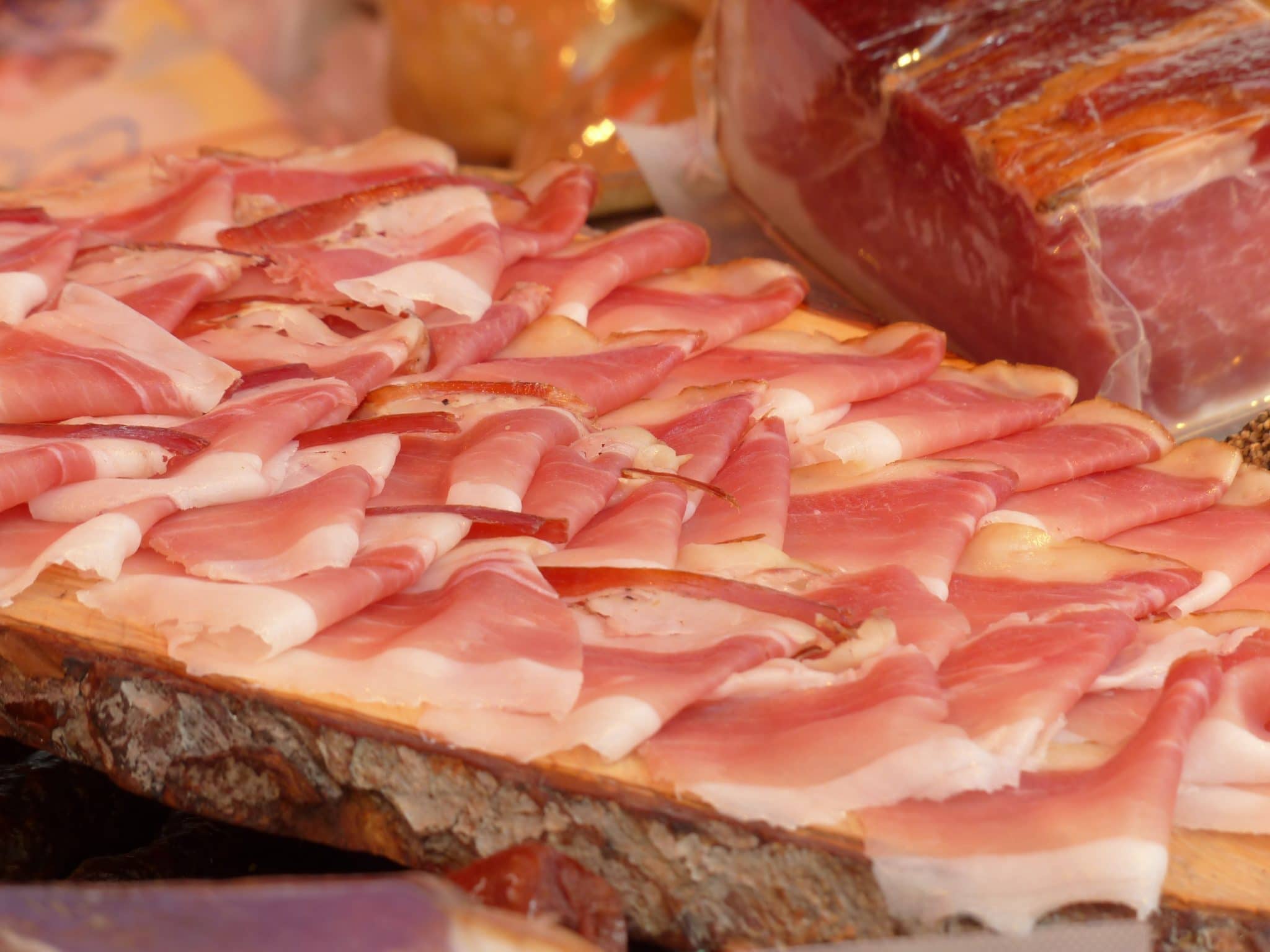 Cured ham is typically the ham that you think of when you purchase ham at the store. The curing process is often done with salt, but it can be done with other flavorings as well. This type of ham is also cooked after it is cured in salt, but only to an internal temperature of about 150 degrees Fahrenheit. This ensures that any bacteria that may still be present in the ham is killed so that it is safe for consumption without the need to be cooked further.

After this process, Black Forest ham is cold-smoked, which means that it is smoked at around 60 degrees Fahrenheit for several days. In fact, sometimes the smoking process lasts a few weeks. If you are looking for another type of ham that is cured and smoked, Bavarian ham is also an option to consider. It is a little bit sweeter than Black Forest ham, so it will go great with a glaze.

Most varieties of smoked ham have a similar nutritional breakdown. Though, if you choose something like hickory smoked ham, the calories will be nearly double what you would expect of traditional smoked ham. Smoked ham calories are about 80 a serving, whereas hickory smoked can be as much as 140 calories a serving. 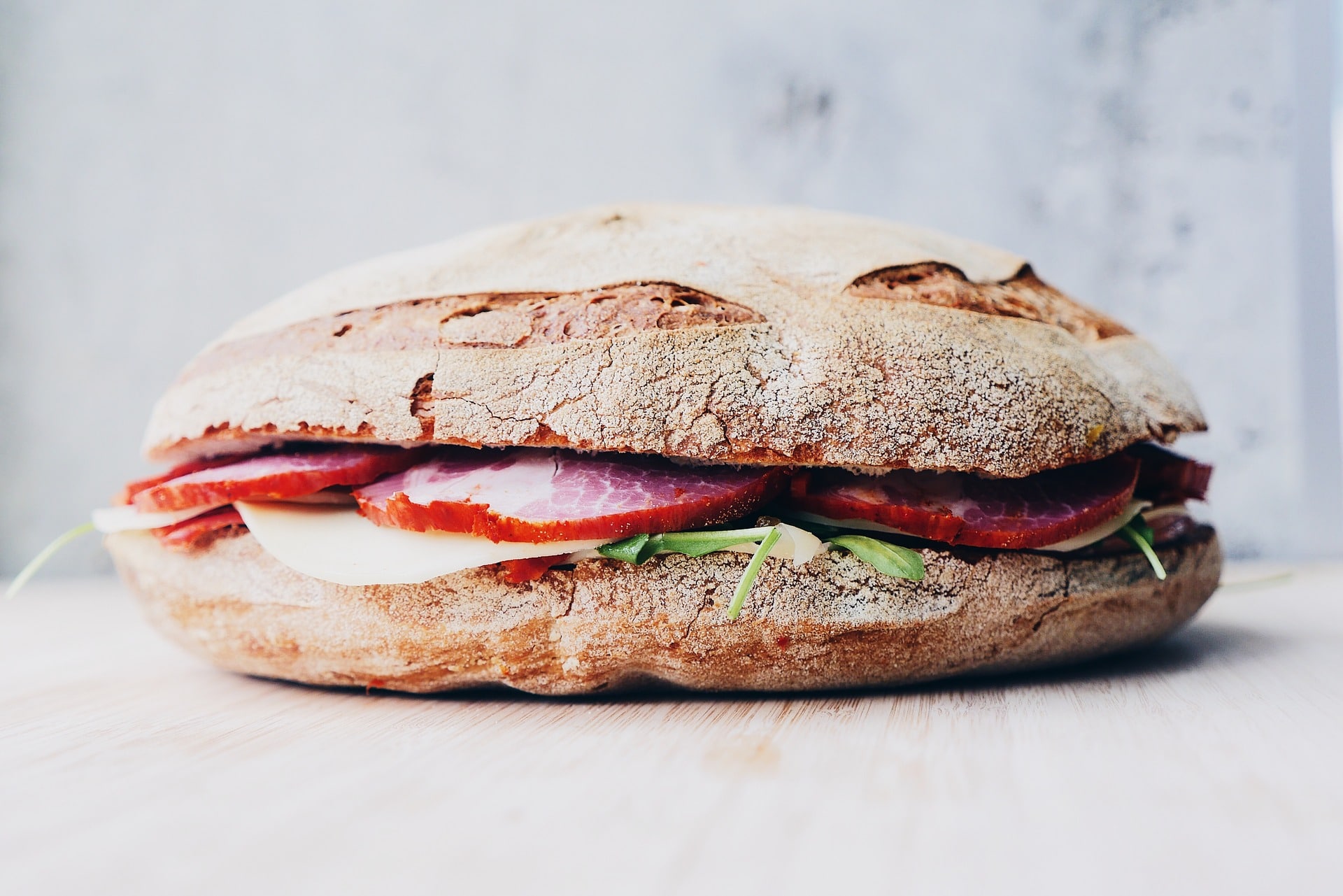 To create this sandwich, start by caramelizing about half of an onion. While the onion is cooking, butter one side of each slice of bread. Begin heating the skillet over medium heat, and then place one slice of bread in the pan with the buttered side facing down. Place the cheese on top of the bread, and then add the onion and the ham. Put the other slice of bread on the sandwich with the buttered side up and toast. It should be ready after about four minutes on each side.

One of my favorite soups to enjoy is potato soup; mainly because I can cook it in the slow cooker, but also because it is a hearty meal that will keep you warm in the winter. For this recipe, you will need: 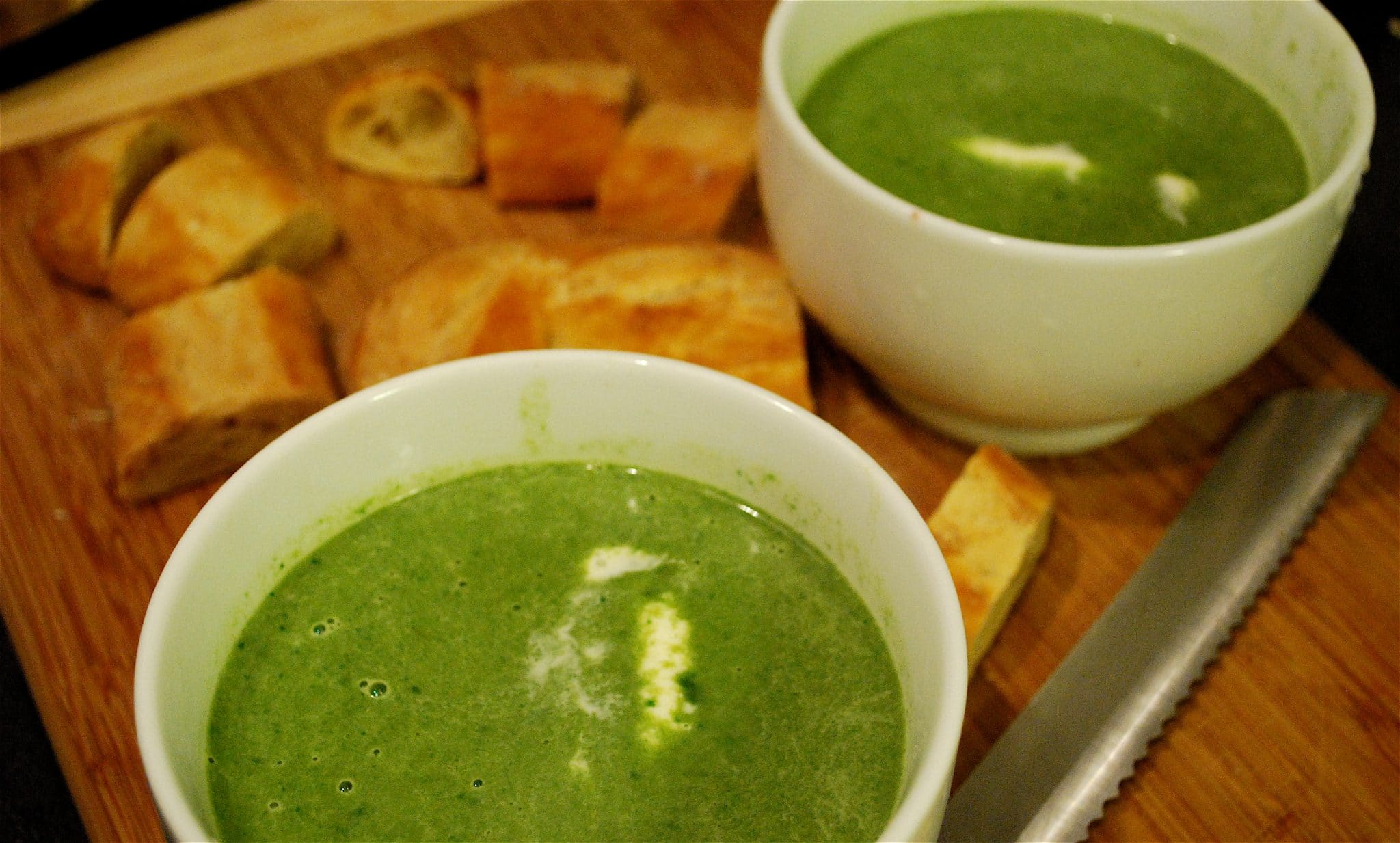 Start by combining the potatoes, the onions, the ham, and the celery in a slow cooker. Then, pour in the milk so that the potatoes are covered. Cover the soup and cook it on high for two hours or on low four hours. I prefer to slow cook the soup because it helps to thicken the soup and meld all of the flavors together.

Once the time has passed, taste the soup to see how much salt and pepper you need to add to the soup. This will vary based on the ham that you selected for the soup because some ham may be saltier than others.

Once the soup has been seasoned, cover the pot and continue cooking it on low for another two to three hours. If the soup becomes too thick, add a bit more milk. Enjoy the soup with a handful of crackers or a piece of toasted bread.

One of my favorite soups as a child was tomato soup, and even though I have developed more adult tastes, I still find that tomato soup is a delight to eat. However, one of my favorite variations on this soup uses green tomatoes instead of the classic red ones that are used in most tomato soups. I love the flavor that this creates, and the recipe is very simple to make. You will need:

To create this scrumptious soup, you will need to start by heating the oil in a large saucepan. When the oil is heated, add the chopped ham to the saucepan and sauté it for about a minute or two. Make sure to keep stirring the ham so that it does not burn. Once it begins to brown, add the garlic, the scallions, and the bay leaf to the pan. Continue cooking the food until the scallions are very tender. You don’t want them to have much of a crunch in the soup; the scallions are for flavor, not texture. It should take about six minutes to get the scallions to the proper texture.

Next, you will want to add the tomatoes, the water, and the chicken stock to the pot. Mix the ingredients and season them with salt and pepper. Bring the soup to a full boil, and then reduce the heat so that the soup is simmering. Cover the pot, but leave the lid cracked so that the steam can escape the pot. Simmer the soup for about 20 minutes. Season it again with salt and pepper if needed, and remove the bay leaf. Before serving the soup, top it with a dollop of sour cream.

So, what is Black Forest ham?

It is a delicious portion of pork that comes from Germany to make our sandwiches, our soups, and other meals delicious. The flavor is unique because it is cured and slow-smoked, but in my opinion, it is one of the best tasting hams available on the market. 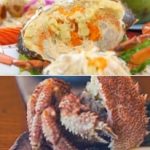 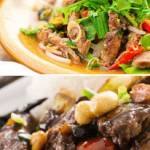