Recipes often have long, storied histories that are passed down from generation to generation. Even in a contemporary sense, it’s difficult to talk about beef bourguignon without mentioning Julia Child. When it comes to food from different cultures, however, we’re often clueless. For example, the difference between chow mein and chop suey. 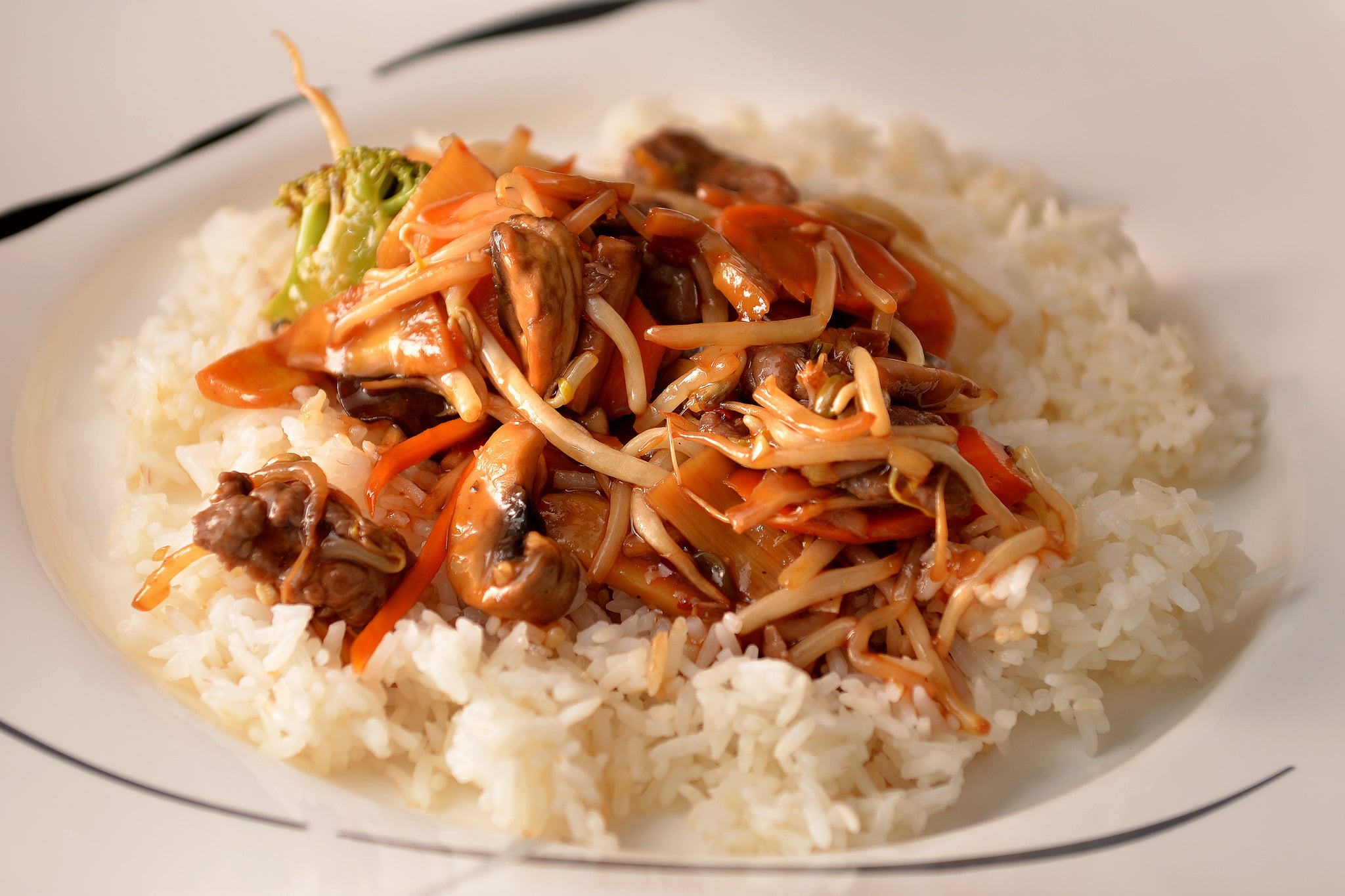 Luckily, I’m pretty well-read on that topic, so I can give an accurate answer when it comes to chop suey vs chow mein. It’s not difficult to see why there is confusion between the two dishes. After all, the sound of, the beginning at least, of their names are similar. While at first glance chop suey and chow mein appear to be very similar. The two dishes are pretty distinct from each other in many ways. So, what are those ways and how can you tell the difference between chop suey and chow mein and chop suey?

As you will see, as presented here for your education are some of the key differences between chow mein and chop suey. This will help you to decide and to know what to order when you’re out for dinner at your favorite or a new Chinese restaurant. It will help you to avoid any embarrassing confusion. Maybe to impress a date. Or perhaps you travel to China for your work or business, and when taken out for dinner by your hosts, you don’t want to appear ignorant, or even worse, to cause offense.

In such situations, it’s very useful to know the difference between chow mein and chop suey. But before you can be sure of that, you first need to know and understand fully about each individual dish; chop suey and chop suey.

One of the most confusing things about chop suey is that there’s no formal definition of the dish. The name itself doesn’t refer to a single recipe. Instead, it’s the name of a family of related dishes. If you can actually call them what is thought of normally as being ‘a dish’, as such. For in fact, chop suey isn’t made to any formal, set, or traditional recipe.

Chop suey is a kind of stir-fry made with haphazard leftovers.

Usually, it’s meat, vegetables, and seafood mixed with a thick sauce and rice. Occasionally, however, you’ll see it served with stir-fried noodles instead. Some historians claim that the dish was initially noodle-based. This is probably where the confusion with chow mein comes from, because chow mein has always been and still is made with noodles. Plus, as already written, that the sound of, the beginning at least, their names are similar. In any case, modern chop suey almost always is made with rice instead of noodles. And that’s now considered to be the main difference between chow mein and chop suey.

What About Chow Mein? 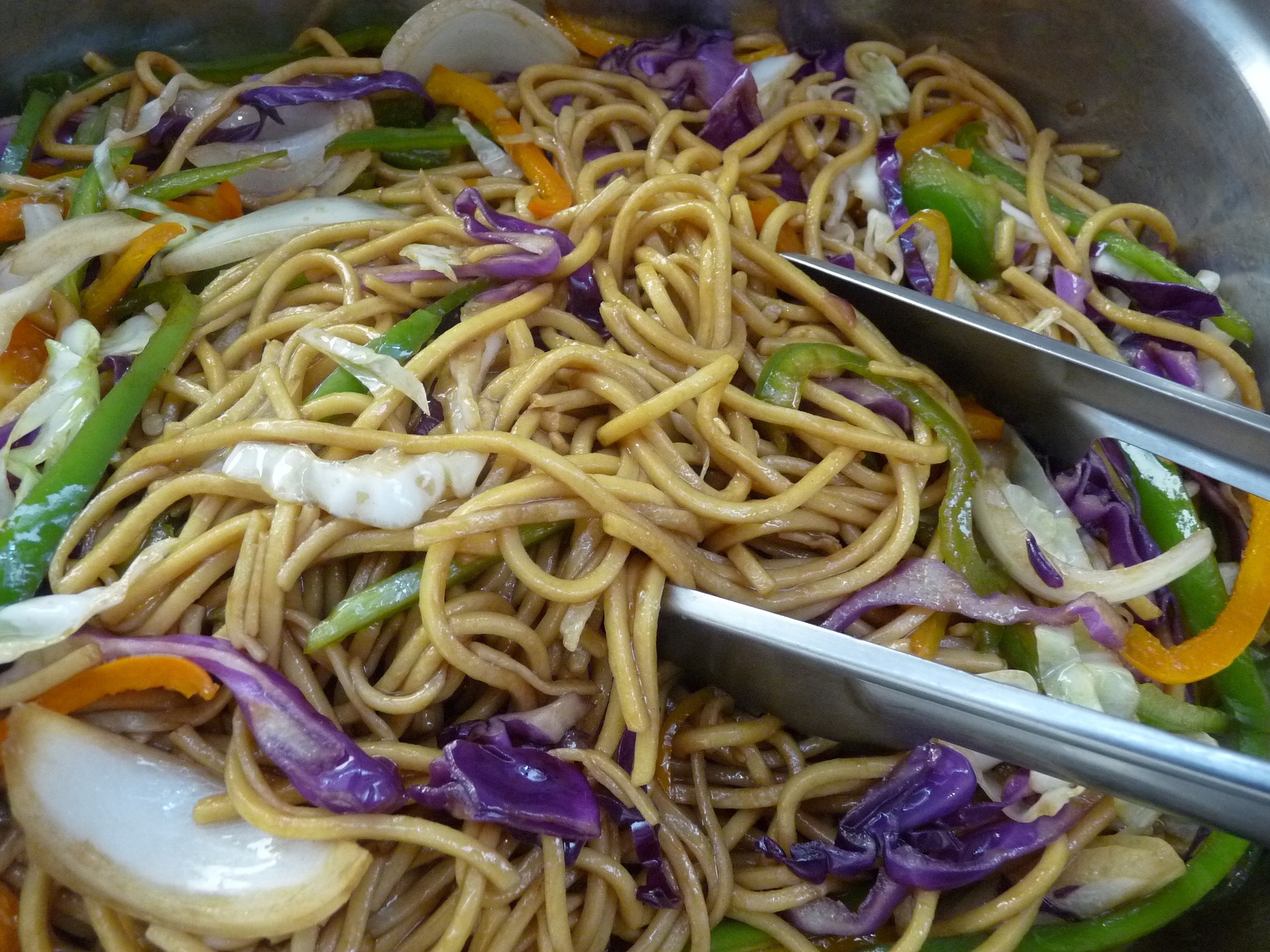 Similar to chop suey, you can’t definitely and simply define what chow mein is. There are multiple variants of chow mein, too, but they’re all pretty distinct from chop suey. Chow mein is a stir-fried mix of crispy noodles, meat, vegetables, and seafood. The sauce is usually mostly just soy sauce, with no thickening whatsoever. But even that isn’t as simple as it sounds.

One popular chow mein variant, however, known as Hong Kong-style chow mein, is served with a thick brown sauce and especially crispy noodles. So it’s even less surprising that there is often confusion over chow mein vs chop suey.

Lo mein is another noodle-based dish that shares a lot of similarities with chow mein. In lo mein, the noodles are steamed instead of fried. If your local Chinese restaurant serves a stir-fried dish with soft noodles, vegetables, meat, and seafood, it’s probably lo mein. Although steamed noodles may also sometimes feature in chop suey, if that’s what the chef finds is leftover in the kitchen! As you can see, knowing the difference between chow mein and chop suey isn’t easy. If the noodles are crispy, however, it’s definitely chow mein.

The Differences Between Chop Suey and Chow Mein

If you’re not sure about the identity of the stir-fried dish in front of you, here’s a checklist to guide your identification process when it comes to chow mein vs chop suey.

A stir-fried rice dish is definitely not chow mein. You’re probably looking at chop suey instead. If your dish is stir-fried with noodles, it’s usually chow mein, but it might just be an unusual kind of chop-suey instead. So, what are the other features that mark the difference between chow mein and chop suey?

Chop suey usually is flavored with a thick gravy or other thickened sauce. If the dish in front of you has a thin sauce, it’s definitely not chop suey. If it’s got noodles, vegetables, seafood, and meat tossed in soy sauce, it’s probably chow mein. That’s good to know, but is there anything else? 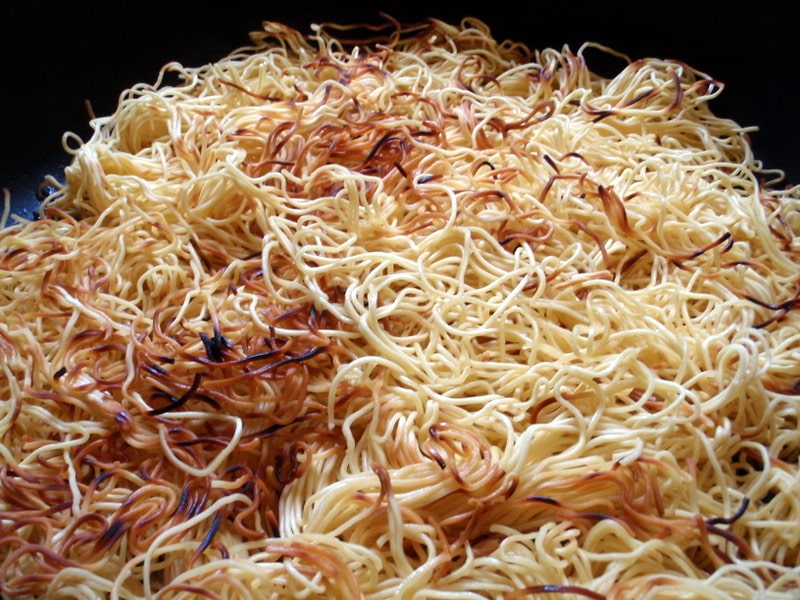 If you’re looking at steamed noodles, you’ve got either lo mein or even perhaps chop suey. In order for a dish to be considered chow mein, the noodles need to be fried. They don’t have to be super crunchy, but they should be slightly crisp. That’s one sure difference between chow mein and chop suey. But that’s not all, and there’s one more important distinction between the two often confused Chinese culinary dishes.

Authentic chop suey is made with leftovers stir-fried with rice or occasionally steamed noodles. If your dish is fresh, you could argue that it’s not actually chop suey. If it’s a stir-fried dish made with leftover chow mein and a thick sauce, on the other hand, you’ve got a pretty confusing situation on your hands. Let’s just call that a tie in the great chop suey vs chow mein debate!

A Cornucopia of Options 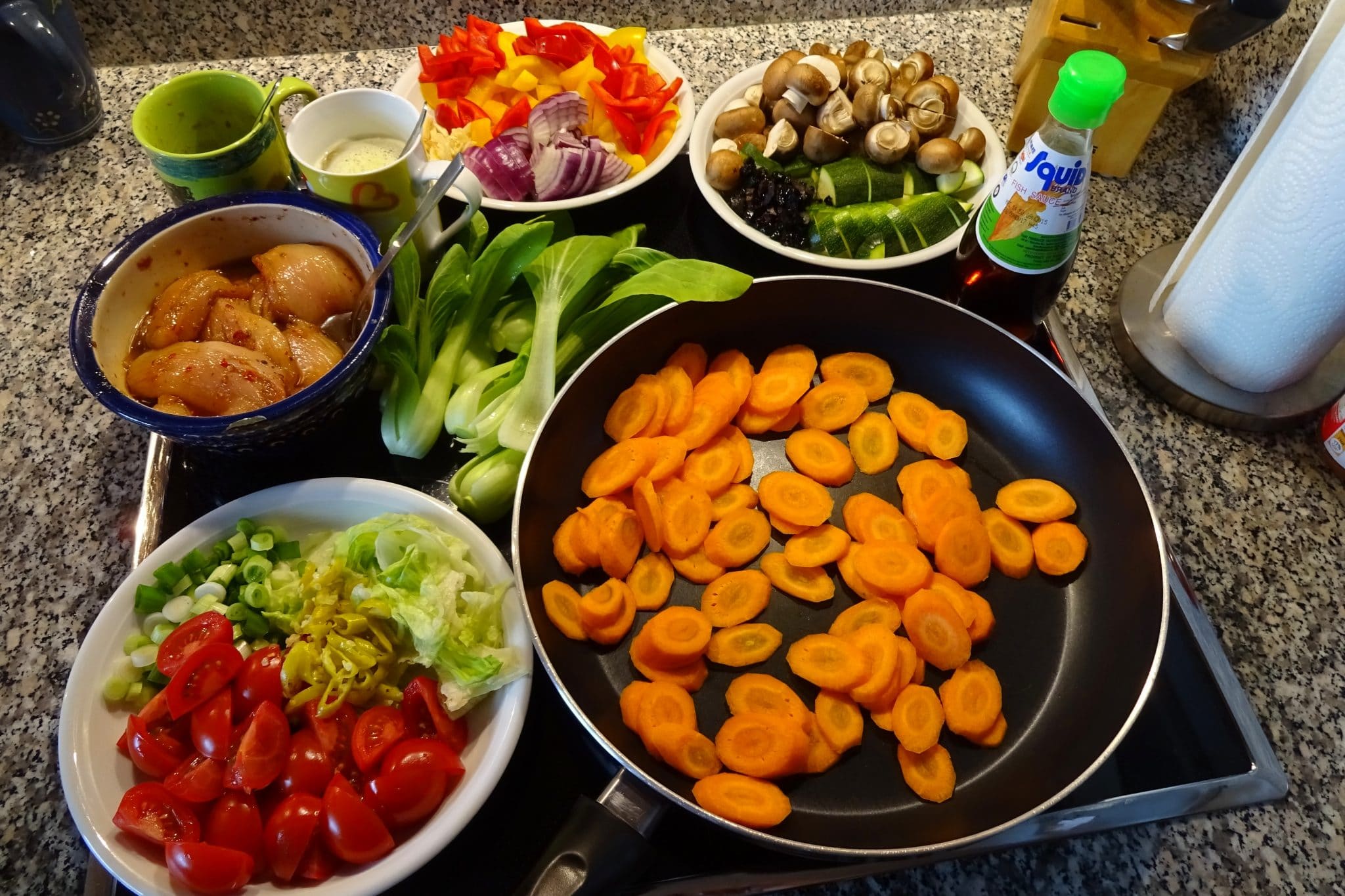 This can quickly lead to a situation where a person might dislike a dish because of one chef’s personal preparation. When it comes to chop suey and chow mein, be sure to try each dish from a variety of sources before you arrive at a judgment. You might be surprised at how diverse each dish can be! Adding even more confusion when it comes to chow mein vs chop suey.

The Differences In Practice

At the end of the day, however, you’re perfectly fine to order either. If you’re especially hungry, why not even chow mein and chop suey!? In both cases, you’ll get a stir-fried dish with lots of flavor and character.