Hawaiian Style Chili is a fantastically fresh choice for a weekend special. You might not recognize the name as this chili is more widely known as Zippy’s chili. Why is that? All will be revealed about this quirky delight.

However, it is not just the origin I will be sharing with you today, but also an amazingly authentic Zippy’s chili recipe. This super-fast and easy dish just became part of my home menu last year. I always enjoy trying chili in different varieties.

I sometimes switch up ingredients and experiment with some creativity, but nothing has ever turned out as good as Zippy’s chili. My trip to Hawaii was a chili game-changer when it introduced me to this local treasure.

Several people there recommended me to visit Zippy’s and try their Hawaiian chili recipe, and it was everything I’d ever hoped for in a chili. Since I always recreate recipes at home, I wanted an authentic recipe for this chili. Luckily my friend from Hawaii introduced me to a native was kind enough to share the recipe. 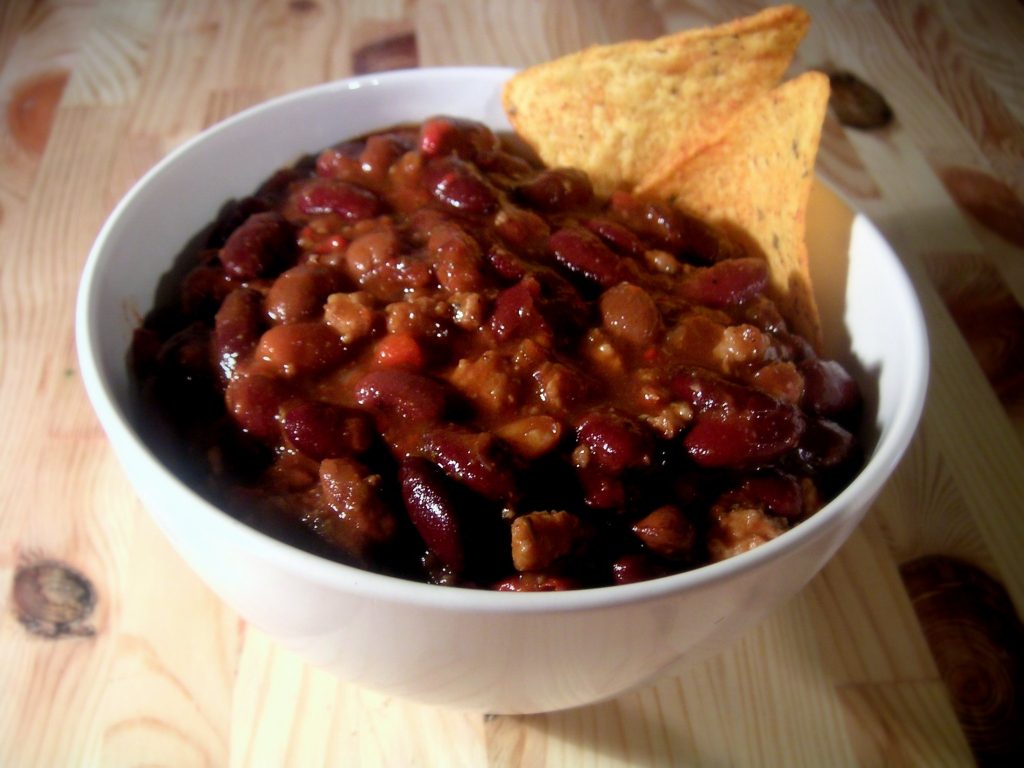 Making it at home was quite fun. All Zippy’s Chili ingredients are easily available and most of them you can already find in the pantry. It uses common everyday ingredients, but the combination and proportion are what makes this chili unique and the recipe distinct from all the other varieties.

Who knew that Hawaii’s finest delicacy could be so simple and quick.

It hardly takes few minutes to prepare and even fewer to cook. The trick is to use canned beans; it will save you from soaking and extra cooking. At least that’s what I do when making this recipe. When you add the canned beans make sure to drain them well.

Such beans are also soft, so when you add them to the chili, avoid over-stirring or mashing the mixture or else the chili will not turn out as chunky as authentic Hawaiian chili is meant to be.

Before I get into the details of the other ingredients in this recipe, let me get back to the promise I made earlier. Let’s learn about the origin of this recipe. Zippy’s is basically a Hawaiian restaurant chain.

It is famous for its fast and casual menu.

Hawaiian style chili was reinvented under the label of Zippy and anyone who visited the place started to associate the chili with the restaurant, hencing it got the name Zippy’s chili. The legacy of Zippy’s kitchen dates back to 1966 when two brothers started a food chain on South King street. 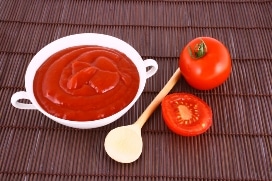 Since the idea of zip codes was quite new and trendy in those days, they came up with Zippy’s as the name of the place. If you are surprised with my knowledge of Zippy’s history, then don’t be!

It learned this stuff through personal research and some interviews I conducted back in Hawaii. And here we are, decades later, and everyone is still enjoying great taste from Zippy’s kitchen.

Let’s get back to the recipe now. A person making Zippy’s chili for the first time may ask themself this question: What is catsup? This word is a common sight for those that are familiar with North American recipes.

Before you get too worried about the use of catsup in the recipe and whether you can find some, let me ease your mind: it’s just a North American term for ketchup!. Why are there different spellings? There is a whole history lesson behind that and I don’t have time to go into it now. We have some chili to make! But it’s an interesting tidbit.

For now, just remember that if you can find any sauce named catsup in the market, it is essentially the same as ketchup, and vice versa. Using the correct proportions is what matters to make the taste of the chili turn out great.

There will be no trouble finding the spices and herbs.

However, the Zippy’s chili I make using this recipe is not as tangy as some people would like. For that, I would recommend gradually adding more pepper until the hotness has your approval. Or you can play with the taste by adding more Worcestershire sauce. 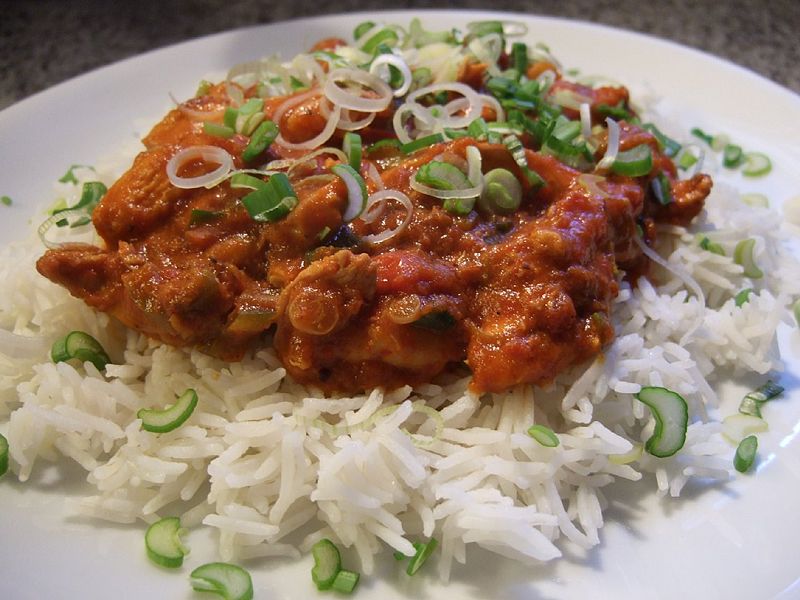 Just as you can adjust the taste of the chili, its consistency can also be adjusted. Nowadays everyone likes to have it thick. Add some more chicken broth to reduce the thickness, especially when the chili is served with rice or pasta.

Though the basic recipe is enough to make your mouth water, let me just share some of my creative experiences of trying the chili during the year. My passion for experimenting with food never rests, and luckily I sometimes end up inventing some amazing varieties.

Here are some of the styles I tried, at least one or two of them should tickle your taste buds and have you give a recommendation to your folks:

Rice Chili Bowl: Zippy’s chili is greatly enjoyed with rice in all parts of America. Mixed vegetable rice can also be tried with the chili. I did, and it was a whole new experience.

Although plain boiled white rice is a safe option that you can serve to practically anyone. It is smart to prepare a rice bowl and pour the freshly prepared chili on top. As I recommended earlier, keep a light gravy-like consistency to the chili to best serve with the rice. Too thick of a texture does not go well with the grains. Top the bowl with your favorite green garnish.

Platter of Nachos: I am not sure if chili is ever served this way, but I tried it and it was just as great as any other platter of nachos. Normally the chili is served with tortilla chips, but instead I used a packet of nachos and spread them on the serving platter in a single layer.

Then I topped this layer with freshly cooked Zippy’s chili. The chunky and crispy combination of chili and nachos created such a great blend that I find myself thinking about it all the time. You can make nachos at home, but store-bought nachos are also good to go!

Corn Kernel: I don’t know if you’ve ever tried a variety of chili with corn kernels in it. Well I did, and it was a very satisfying experience. So I decided to add some kernels to this particular chili recipe, and it tasted so good. 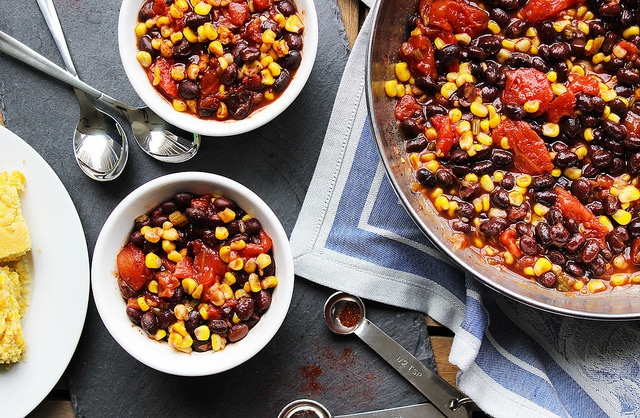 Canned pack kernels have to be used for this. Drain them first and then add a few minutes before finishing the cooking. Do not go overboard with this. Add a quarter of the can or half of the can, for 4 to 6 servings respectively. Kernels are only there to add more chunk to the chili’s recipe.

Spaghetti Chili: Pasta lovers will certainly love this version of zippy chili. I personally used boiled spaghetti to serve with the chili. However, any variety of pasta can be used instead, whether egg noodles, penne, or fettuccine, etc.

Just make sure to boil the pasta well, rinse and drain it completely. Serve with the chili on top. Ideally, you can sauté boiled and drained pasta with some oil and dried herbs for about 2 to 3 minutes to infuse some flavors. Transfer it to the serving bowl and then pour the nicely cooked Zippy’s chili on top. Garnish with herbs and enjoy.

I won’t say that this recipe will turn out as spot-on as Zippy’s Chili, but it’s the closest I have found after looking in several places. Since you can’t always fly back and forth across the ocean to enjoy the luscious Hawaiian style chili at Zippy’s, this recipe is the next best thing.

You can prepare it any time any day, with no minimal effort and time in the kitchen. Chop the vegetables and prepare the meat. The rest is all sautéing and simmering. Boil some rice along with the chili or get yourself some tortilla, bread or crispy nachos, then sit back, relax and dig into the explosion of flavor.

Take a greased skillet and add ground turkey to it. Sauté it for 2 minutes until lightly brown. Drain the excess grease out of the skillet then stir in Portuguese sausage, peppers, celery, and onions. Continue cooking the mixture until vegetables are soft.

Once the mixture is sautéed, start adding the other ingredients. First stir in tomato sauce, kidney beans, chicken broth, and chili beans. Keep stirring the mixture while adding all the spices and sauces except mayonnaise. You can mix as you want and then let the mixture sit for approximately 30 minutes. At this point, you can add more chicken broth or Worcestershire sauce for more taste. 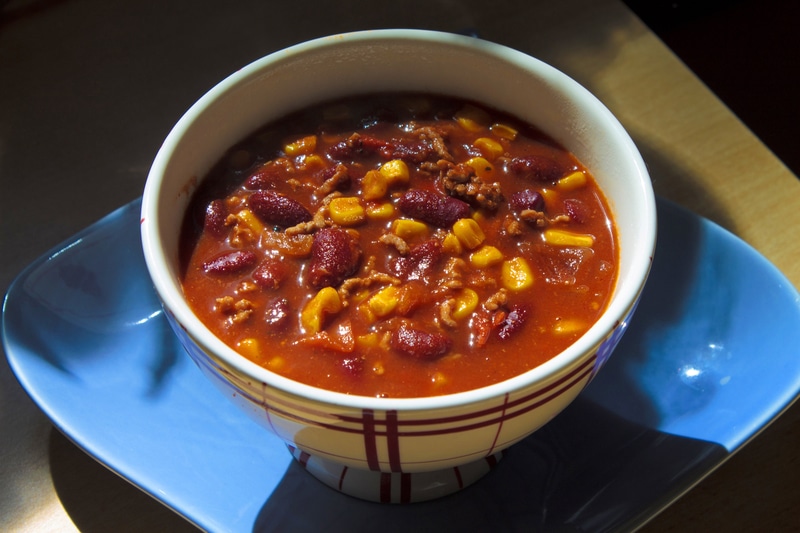 Now that the zippy chili is completely ready, you can add one or two dollops of mayonnaise on top and serve immediately to keep the saucy consistency and nice chili color. You can also use fresh green herbs for garnishing if desired. Chopped parsley is a good choice of garnish.

Do not use chicken bouillon powder, as most prefer chicken broth for better consistency and taste in the zippy chili.

Ditch traditional chili recipes and experience a new realm of flavors with Zippy’s chili. How simple and quick is the recipe? That should be quite evident with the method I have shared today.

The more amazing thing, however, about this recipe is the rich combination of so many spices and sauces. You can add more of them as per your taste or preference too! Every time I hear from people who have had a taste of it and added a twist of their own, my stomach growls all over again.

Enjoy it over a bowl of white rice or with some warm tortilla or bread. Aloha! 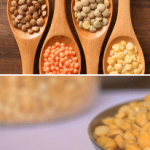 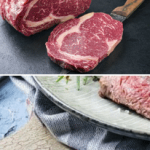 How to Cook Bison Chuck Roast: It is Arguably Better than Sizzling Roast Beef!