Ginger is a root plant that is popular in Oriental cooking and has a strong, spicy flavor with a distinctive aroma that makes food smell appetizing. It also looks unusual, with a thick stalk that branches off into smaller pieces called “knobs”. 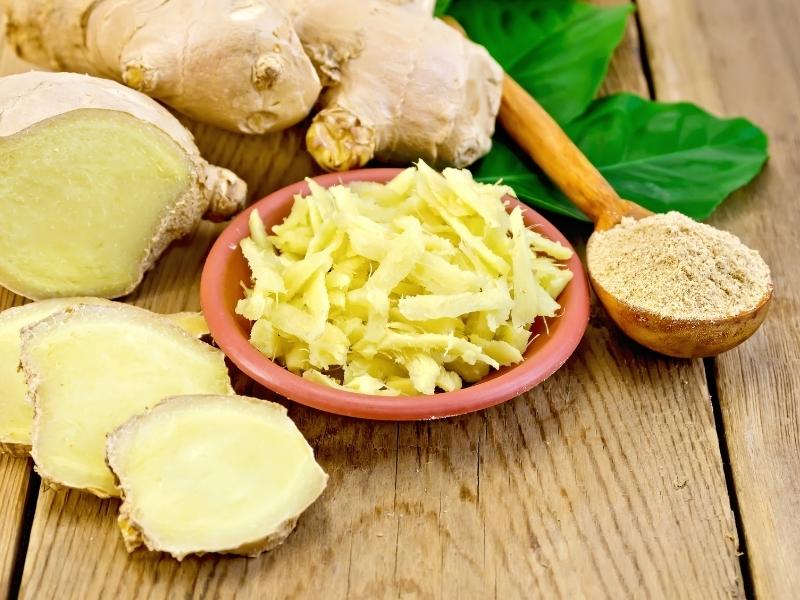 The ginger root can be made into a paste by grating it or putting it in a blender, which is why ginger paste makes the best substitute for fresh ginger in cooking.

Numerous other spices can be used as ginger substitutes in recipes. Using other spices will not give the same flavor as ginger, but they offer a good alternative to ginger. 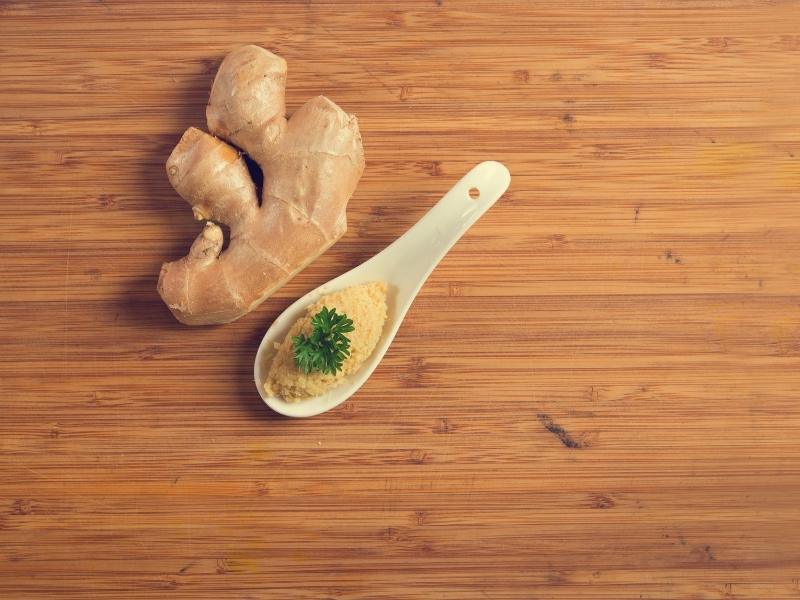 If you do not have a blender, you can make this paste by finely grating ginger by hand.

Home-made ginger paste is preservative-free, therefore it will only keep for a few days in the fridge. You can fill an ice tray with ginger paste and freeze it. Once frozen, transfer the cubes of ginger paste to a ziplock bag or airtight container, and keep for up to 6 months in the freezer.

Having cubes of ginger paste at hand in your freezer is super-convenient. You do not need to defrost ginger paste before using it when cooking, and the cubes can be used as a fresh ginger substitute straight from the freezer into the pot.

Use one teaspoon of ginger paste in place of one knob of fresh ginger.

Other Ginger Substitutes, Alternatives, and Replacements

You can use other ingredients in place of ginger when fresh ginger is not available. 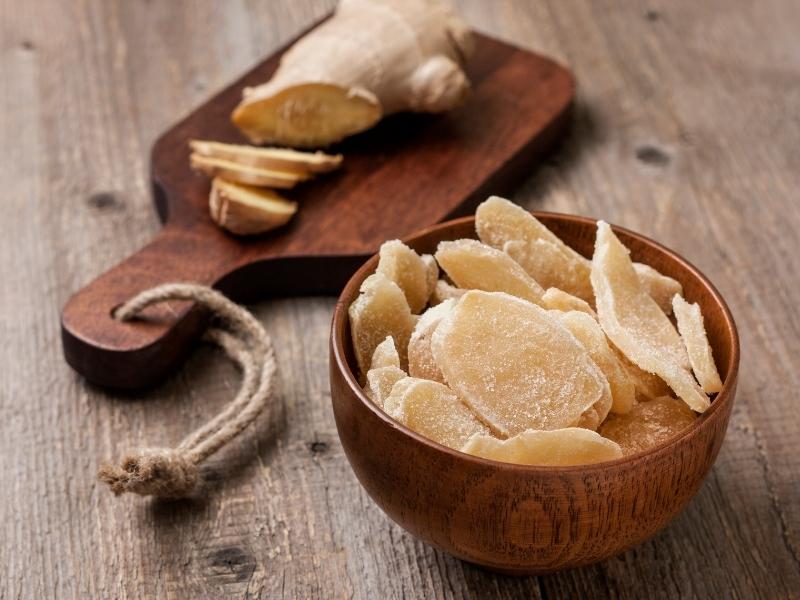 Candied ginger is ginger that has been cut into chunks and cooked in sugar water. Candied ginger has the same spicy flavor as fresh ginger, but it is much sweeter because of the added sugar.

Candied ginger works well as a 1:1 fresh ginger substitute in baked goods. You should reduce the amount of sugar in the recipe to allow for the extra sweetness from the candied ginger. 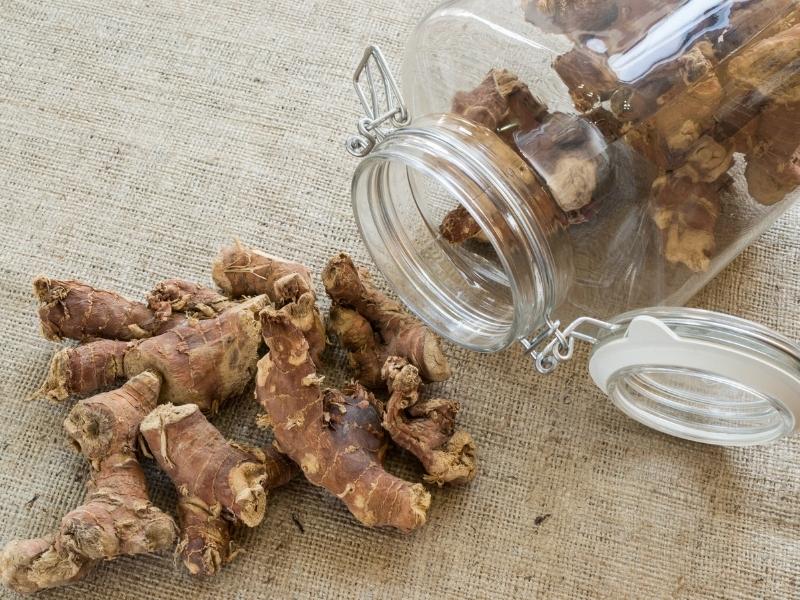 Galangal is a root plant that is used either fresh or dried, and is ground into a spice in many Asian and Indian dishes. Galangal works as a substitute for ginger, because it is similar in taste and texture.

Galangal is more peppery than ginger, so you should compensate for this by reducing the quantity of pepper and other peppery spices in your recipe.

Spices as Substitutes for Ginger 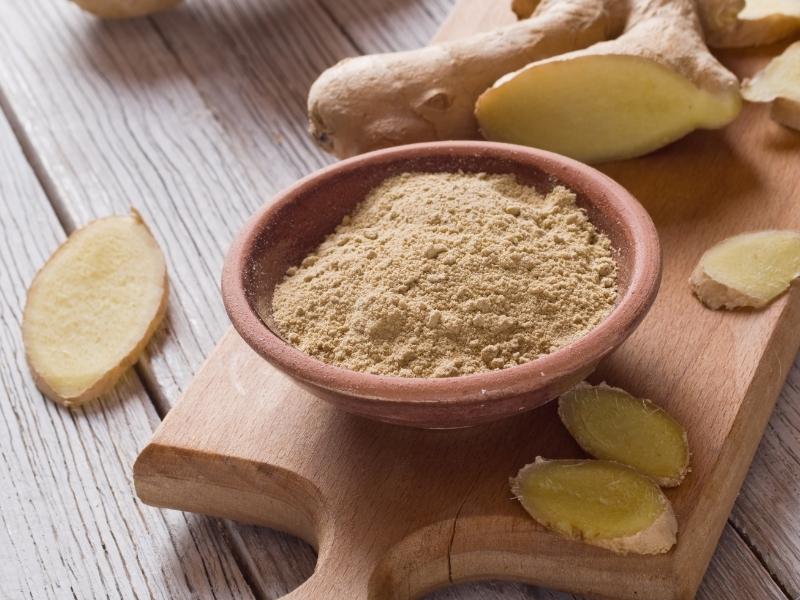 No other spice is quite the same as fresh root ginger, but many spices have similar undertones and will enhance the flavor of food just as well. Certain spices have complementary tones that make them good substitutes for ginger.

Cinnamon comes from the bark of the cinnamon tree and is available in powder form, as a spice, and as whole cinnamon sticks. Both have the same sweet flavor and aroma, with woody undertones.

Cinnamon spice is a great ginger substitute in baked goods. It is highly concentrated, so you will need to adjust the quantities. You should use half a teaspoon of cinnamon spice as a substitute for one tablespoon of ginger.

The name “allspice” is something of a misnomer. Allspice is not merely a blend of many different spices, but it comes from the dried unripe berries of the Pimenta dioica plant.

Allspice, also called Jamaica pepper, has a sweet and spicy flavor. You can use allspice as a ginger substitute in many recipes. Allspice works well as an alternative to ginger in cooking and baking because it has a similar flavor.

Allspice is more concentrated than ginger and has a stronger flavor. Use one part allspice to two parts ginger when using allspice as a ginger substitute.

Nutmeg comes from the seeds of the nutmeg tree, which are ground into a fine powder to give us nutmeg spice. Nutmeg is sweet and spicy, like ginger.

You can use nutmeg as a substitute for ginger in cakes and cookies.
To get the same heady, sweet flavor and aroma, you should replace one tablespoon of ginger with half a teaspoon of nutmeg.

Mace is a fine powder that is made from the outer casing of nutmeg seeds. Like nutmeg, mace works as a ginger substitute because of its heady undertones and sweet, spicy flavor.

Mace is not as concentrated as regular nutmeg and can be used as a 1:1 ginger substitute in cooking and baking.

Cardamom is made from the seeds of the cardamom plant. The seeds are removed from their pods and dried and then ground into a fine powder and used as a spice.

Cardamom has a similar sweet, spicy flavor to ginger. It can be used as a 1:1 substitute for ginger in cooking and baking.

Turmeric, like ginger, is a root plant that is popular in Asian cooking. Tumeric root is dried and ground into a fine powder to give us turmeric spice.

Turmeric and ginger have subtle differences in flavor, but they complement each other well. Turmeric is bright yellow in color and will change the color of the food that it is added to.

You can use turmeric as a 1:1 ginger substitute in soups, stews, and meat dishes, but it is not suitable as a substitute for ginger in baking because of its bright yellow color. 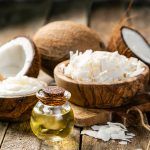 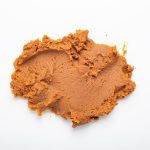