Here’s how to tell if shrimp is cooked: examine its color, shape, and texture. A well-cooked shrimp has an opaque, white color with a pink sheen.

As it cooks and its muscles contract, the shrimp firms, and curls into a “C” shape.

How to Know When Shrimp is Done 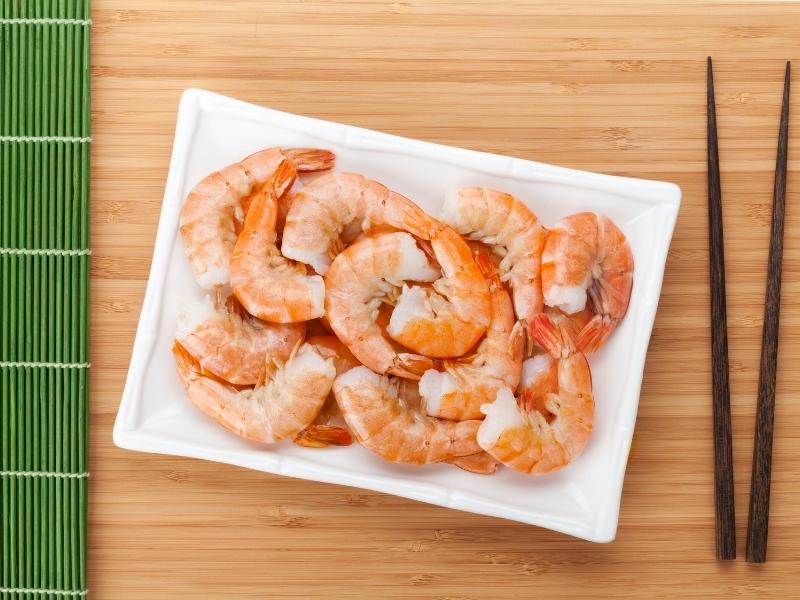 Because there are various methods for cooking shrimp, there are different ways to tell if a shrimp is cooked based on its color, texture, appearance, shape, opacity, temperature.

The color may vary slightly depending on the species and the natural color of the shrimp.

The normal color of a raw shrimp is bluish-green. Some shrimp may have a reddish translucent color, especially when only partially cooked.

The size and age of a shrimp predict its final texture. Larger and older shrimp contain more connective tissue and less moisture, so they must be cooked longer to achieve a soft texture.

A well-cooked shrimp will be curled in a “C” shape. This “C” shape appears as the shrimp loses moisture and the protein strands tighten.

The normal shape of a raw shrimp is straight. Overcooking gives the shrimp an “O” shape as the muscles and connective tissue contract even more.

The FDA recommends a minimum internal temperature of 145°F for almost all seafood, but shrimp are particularly prone to overcooking and are safe to eat at a temperature of 120°F.

How to Buy Shrimp 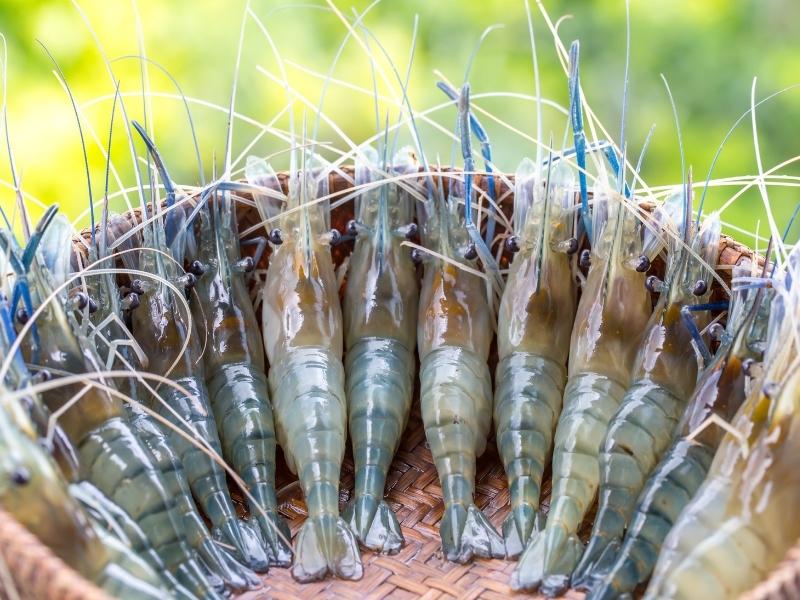 Shrimp vary in size and age, which affects the texture of cooked shrimp. Most seafood suppliers remove the heads and shells of shrimp before selling them.

Before buying shrimp, ensure they are fresh and have a healthy odor that is sweet and briny. Avoid shrimp with an ammonia odor or those that smell overly fishy or sour.

If a shrimp has black spots on its head or if it has opened and is draining fluid, these are signs that the shrimp has gone bad.

Always check the date on the package to ensure the shrimp is fresh.

Most supermarkets and groceries sell both fresh and frozen shrimp. Fresh shrimp are available year-round.

Look out for shrimp with deceptive labeling.

It’s better to buy frozen shrimp and defrost them at home rather than buy shrimp that is described as fresh but has actually been frozen and defrosted.

Shrimp is sold either pre-cooked or raw. It’s best to buy raw shrimp and cook them at home rather than buy pre-cooked shrimp.

Most pre-cooked shrimp are rubbery and chewy because they are overcooked during the cooking process. 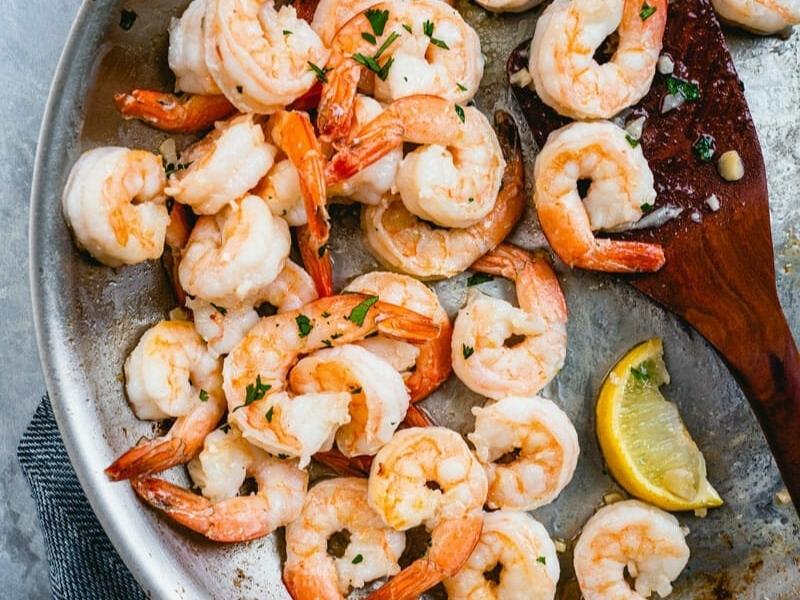 There are different ways of cooking shrimp, including boiling, sautéing, or grilling. Shrimp can also be deep-fried or roasted.

Shrimp tastes great combined with other ingredients in numerous recipes. Adding shrimp to a recipe enhances the texture and flavor of the dish.

Boiling shrimp is an easy way to cook shrimp. To boil shrimp, put water in a large pot and bring it to a boil.

Add the shrimp, and watch the water as it returns to a boil. Once the water starts boiling again, remove the shrimp and put them in an iced water bath.

Most people boil shrimp with salt and other seasonings, such as lemon juice and spices.

Grilling shrimp gives them a smokey and woody flavor. To grill shrimp, preheat the grill to medium heat. Drizzle olive oil over the shrimp and season them with salt, pepper, oregano, or cumin.

Lay the shrimp on the grill over direct heat for about 3 minutes for each side. Turn the shrimp over once the underside turns pink.

Place a large sauté pan over medium heat and add olive oil, garlic, or onions until they soften. Add shrimp and cook for one to two minutes on each side.

Run the shrimp under cold water for about five minutes while turning the shrimp, so all shrimp parts are exposed to the cold water.

Lay all of the shrimp in a single layer with alternating heads and tails. Drizzle olive oil over the shrimp and season them with salt, pepper, thyme, basil, lemon juice, or other seasonings.

Turn the shrimp over once the underside turns pink. Roast the shrimp for about three minutes and then bake until they turn pink or become slightly opaque. 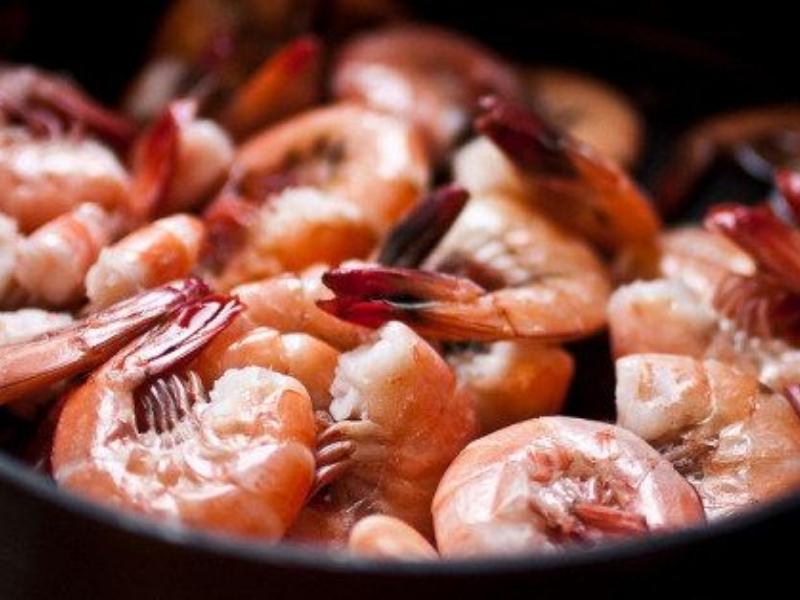 To avoid undercooked or overcooked shrimp, follow these tips:

Use Shrimp of the Same Size for Even Cooking

Remove Shrimp from Heat Once Cooked

Once shrimp is cooked, immediately remove it from heat to avoid overcooking. Shrimp cooks very quickly, so make sure to remove it as soon as it appears cooked.

Don’t Bury Your Shrimp in Sauces or Seasonings

Cook Shrimp for the Right Amount of Time

Shrimp cooks very quickly, so make sure to monitor the cooking process carefully.

Shrimp cooks in a matter of minutes, so even a small-time difference can produce undercooked or overcooked shrimp.

Is it Safe to Eat Undercooked Shrimp? 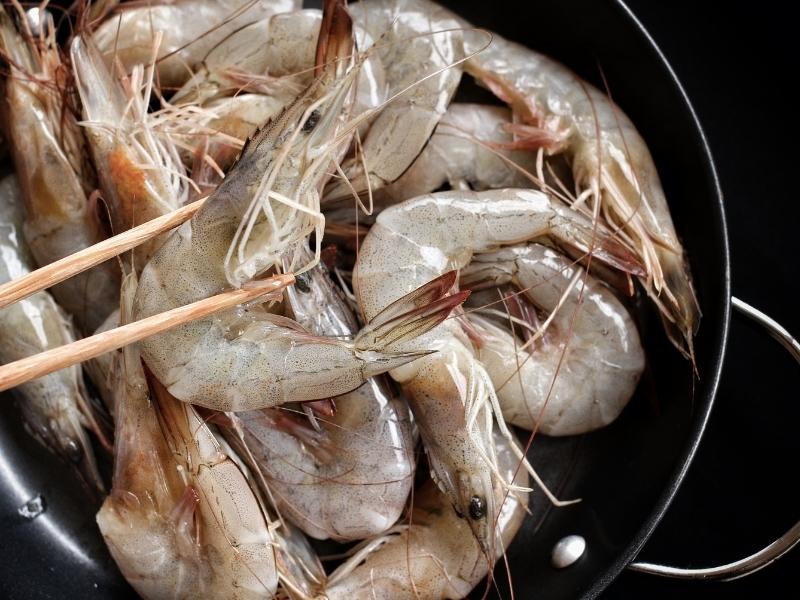 The perfect temperature for cooked shrimp is 120°F. To find out the exact temperature, test the shrimp using a meat thermometer. 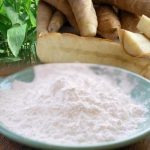 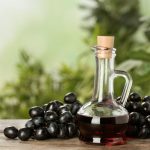