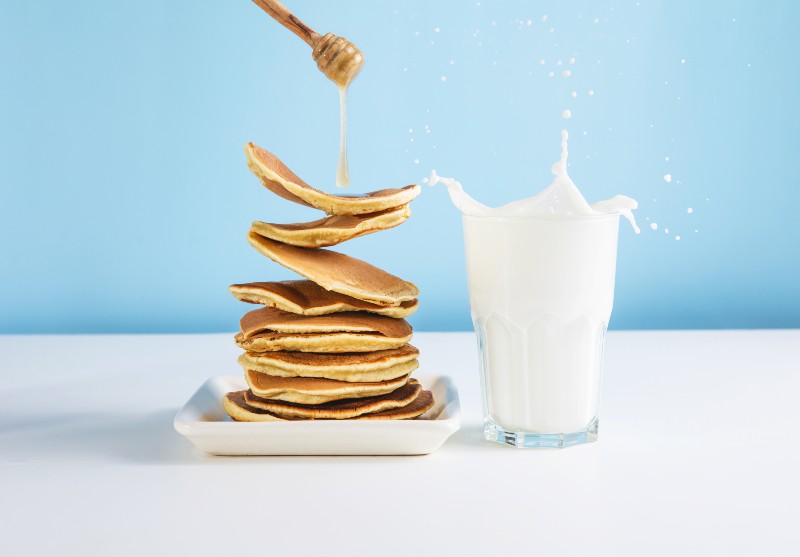 Pancakes, also called hotcakes, flapjacks, or griddle cakes, are a type of thin and round batter bread. Classic pancakes are prepared from a batter that contains eggs, milk, butter, and flour and are fried using a griddle or a frying pan.

Can Pancakes Be Made Without Milk?

Pancakes can be made without milk. There are many milk substitutes for pancakes that have the same dissolving properties as milk and that taste just as good.

Ingredients for Pancakes Without Milk

To make pancakes without milk, use the following ingredients:

What to Substitute for Milk in Pancakes

In classic pancake recipes, milk is used to add flavor and to help dissolve dry ingredients used to make the pancake batter. Although milk is an important ingredient, it isn’t necessary for making pancakes. Instead of regular milk, use any liquid milk substitute to make tasty and fluffy pancakes.

Here are other ingredients that have similar dissolving properties as milk and that can substitute milk in pancakes.

Whether you’re following a specific diet or are lactose intolerant, water is an excellent milk substitute for pancakes. Making pancakes with water is as simple as making pancakes with milk. Water has the same dissolving properties as milk and provides the liquid structure necessary to create a creamy pancake batter.

The biggest difference between water-based and milk-based pancakes is the flavor. Unlike milk, water has no flavor and creates bland-tasting pancakes. To make great-tasting pancakes with water, add extra flavoring agents like lemon juice, vanilla extract, a dash of syrup, or extra butter.

Use water as a 1:1 substitute for milk when cooking pancakes. 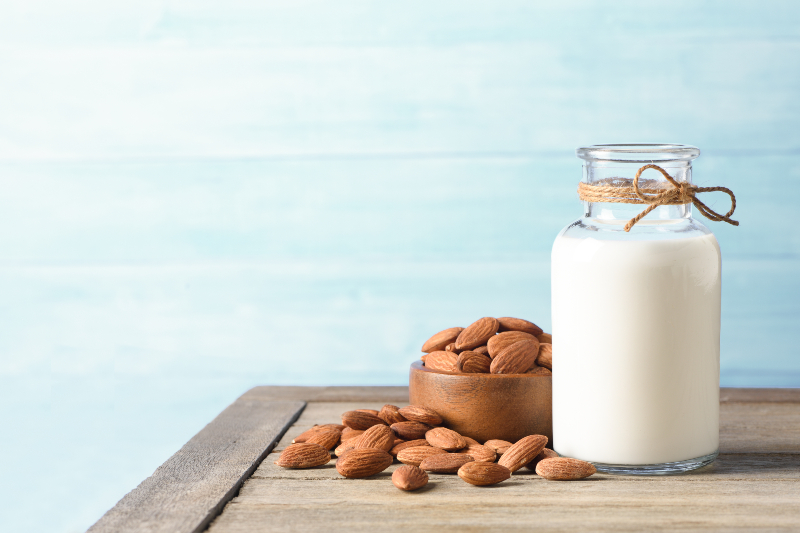 Almond milk is plant-based milk with a watery consistency and nutty flavor. Made from almonds, almond milk is suitable for vegans, lactose-intolerant people, and others who avoid consuming dairy products.

Commercial almond milk is fortified with macronutrients and comes in sweetened, unsweetened, chocolate, and vanilla flavors. Homemade almond milk can be made using almonds, water, and a blender.

Almond milk is an excellent substitute for milk in pancakes because of its sweet and nutty flavor. Although almond milk has great dissolving properties, it’s thinner than regular milk and yields flimsy pancakes. To avoid this issue, add a tablespoon of flour or cornstarch to thicken the pancake batter, or use a food-grade thickener.

Use almond milk as a 1:1 substitute for regular milk when making pancake batter.

Made from whole oat grains, oat milk can be used as a substitute for milk in pancakes. Oat milk has a creamy texture and an oatmeal-like aroma that enhances the flavor of homemade pancakes. This plant milk is manufactured in various flavors, but unsweetened oat milk is the best alternative for regular milk.

Oat milk is one of the creamiest plant-based kinds of milk, so expect the same consistency of pancake batter as when using regular milk. Oat milk is a great milk alternative for lactose intolerant people and for making vegan-friendly pancakes.

Use oat milk as a 1:1 substitute for milk when making pancakes.

Canned coconut milk is another great replacement for milk in pancakes. Coconut milk is healthier than regular milk and is packed with aroma and a creamy flavor. The coconut milk’s rich taste is mostly due to its high oil content.

Although coconut milk is a great milk substitute for pancakes, it will change the overall flavor of pancakes. Coconut milk creates fluffy, light, and creamy pancakes that taste like coconut.

Use canned coconut milk to replace milk when making pancakes because it’s more concentrated than other processed coconut milk products. Substitute 1 cup of coconut milk for every 1 cup of regular milk in a pancake recipe.

Soy milk is a healthy alternative to regular milk. Made by soaking and grinding soybeans, soy milk is a good source of protein and essential vitamins and minerals. Although soy milk isn’t as thick as regular milk, it can still be used to make milk-free pancakes.

Replace milk with soy milk at a 1:1 ratio when making pancakes. 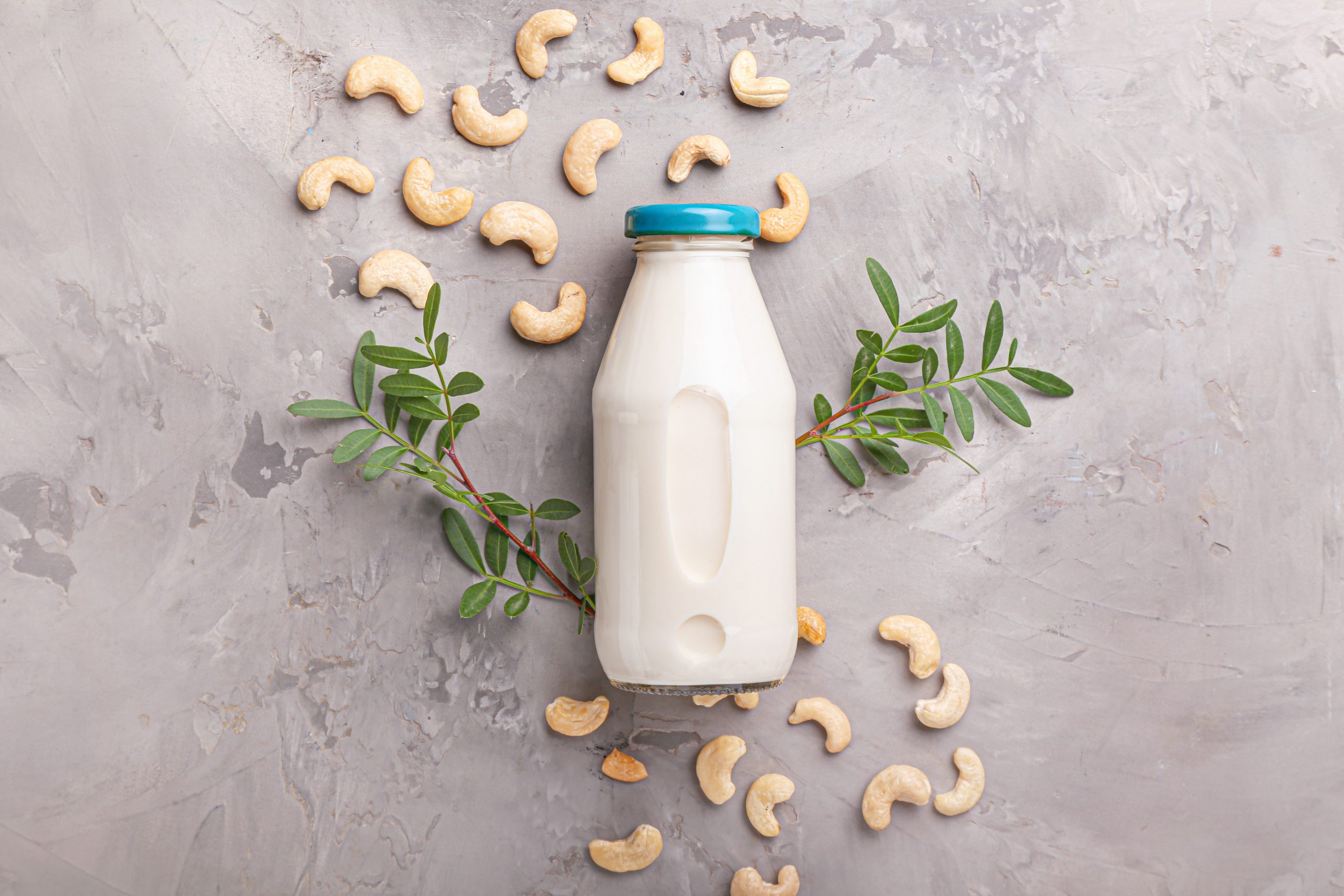 Cashew milk is popular non-dairy milk made from water and cashews. Cashew milk is loaded with protein, healthy fats, vitamins and minerals, and is considered to be one of the healthiest milk substitutes. Although ideal for dairy-free diets, cashew milk isn’t suitable for people suffering from nut allergies.

Use cashew milk as a 1:1 substitute for regular cow’s milk in a pancake recipe.

Yogurt is a dairy food produced by the bacterial fermentation of milk. Plain yogurt is a thick, white-colored liquid with a tangy flavor. Yogurt can be made from any type of milk, but many commercially made yogurts contain added ingredients such as sugar and artificial flavors.

Plain yogurt is one of the best milk substitutes for pancakes. The yogurt’s density increases the thickness of the pancake batter. If the pancake batter is too thick for your liking, thin it out by adding milk or water. To cook fuller and fluffier pancakes, use Greek yogurt instead of plain yogurt.

Substitute plain yogurt for milk at a 1:1 ratio when making pancakes. To make thinner pancake batter use ¾ cup of plain yogurt mixed with 1/4 cup of water to replace 1 cup of milk.

Sour cream is a dairy product made by fermenting regular cream with lactic acid bacteria, which sours and thickens the cream. Tangy and tart-tasting sour cream has a rich, thick, and creamy texture, creating a dense, fluffy pancake batter.

The sour cream’s tanginess may slightly change the pancakes’ flavor. To make classic, sweet-smelling pancakes, add a few drops of vanilla extract in the pancake batter or top pancakes with butter and maple syrup.

Replace every cup of regular milk in the original pancake recipe with 5 tablespoons of sour cream mixed with 1 tablespoon of water.

Powdered milk, also called dried milk, dry milk, or milk powder, is made by evaporating milk into powder. Powdered milk has a longer shelf life than liquid milk and doesn’t have to be refrigerated because of its low moisture content.

Once dissolved in water, powdered milk tastes the same as fresh milk and won’t change the flavor or texture of pancakes. When possible, use cold water to reconstitute powdered milk.

For most brands of non-fat powdered milk, mix 4 tablespoons of milk powder with 1 cup of water to convert powdered milk into liquid milk. Stir the water with powdered milk for a few minutes until there are no clumps and the dry milk is completely dissolved.

When preparing homemade pancakes, substitute 4 tablespoons of powdered milk mixed with 1 cup of water to prepare 1 cup of regular milk. 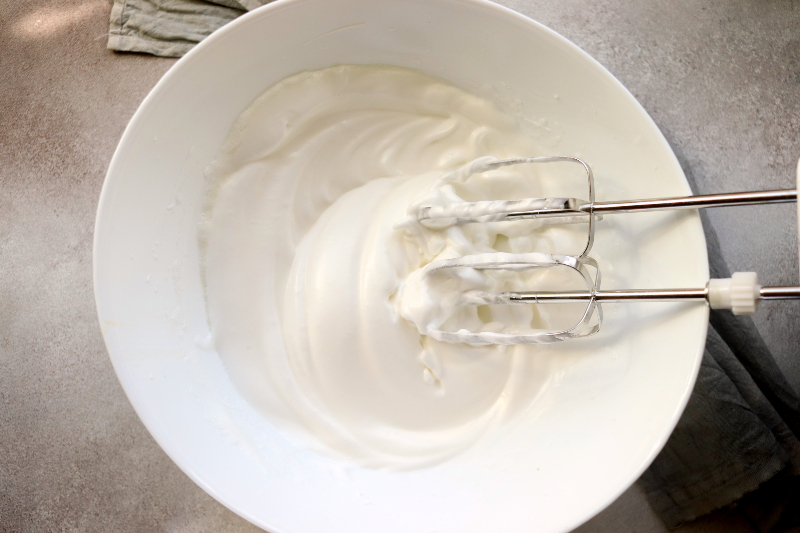 Heavy cream is a dairy product with at least 36% milk fat. Heavy whipping cream and heavy cream are the same thing and are commonly used in cooking. Heavy cream has a rich, fatty, creamy flavor and is an excellent milk substitute for pancake recipes.

FAQs About Milk Substitutes for Pancakes

Here are the most common questions about making pancakes without milk.

Are Pancakes Better With Milk or Water?

Can You Use Oil Instead of Milk in Pancakes?

Can You Substitute Milk for Water in Pancakes? 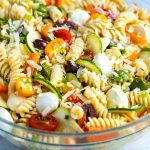 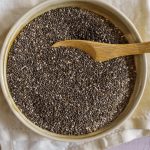