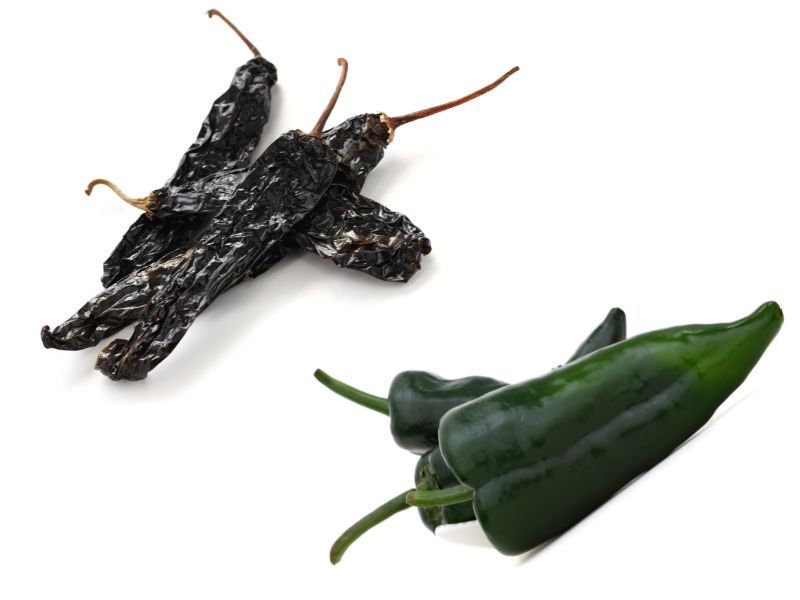 When it comes to Mexican cuisine, many different chili peppers are available to flavor dishes. And as chili peppers go, the pasilla and the poblano are two of the most widely used in Mexican and Tex-Mex cooking.

These peppers are a popular ingredient to make sauces and spice up cuisines, but they have some critical differences in flavor and taste. In this article, we’ll take a closer look at pasilla vs. poblano so you can better understand their differences and choose the right one for your next meal. 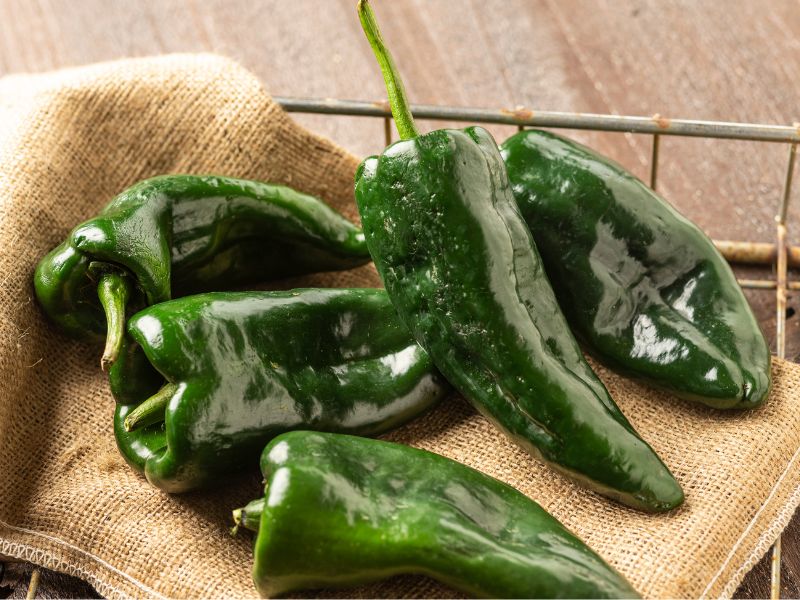 Poblano is native to the Mexican state of Puebla and is typically mild in flavor, but some can be pretty spicy. It is also known as a pasilla chili or chili negro. The poblano is large with a long, tapered shape and a dark green color. It is usually about 4-5 inches long and 2-3 inches wide.

The poblano has thin, smooth skin with few seeds. They are a member of the Capsicum Annuum species and are related to other popular peppers such as bell peppers, jalapenos, and Hungarian wax peppers.

Poblano peppers are allowed to ripen on the vine longer, which gives them their characteristic dark green color. When dried, the poblano becomes a dark, wrinkled pepper called an ancho chili (pepper). They are also known as pasilla bajio or chile ancho.

Ancho powder is made from ground ancho peppers and is a common spice in many Mexican dishes. Poblano peppers have a rich history and have been a staple in Mexican cuisine for centuries. They are a perfect choice for mild sauces and salsas, and today, the poblano is available in grocery stores around the world with a wide range of culinary uses.

Poblano can act as both the main ingredient and as a garnish. It’s common in dishes such as chili con carne and mole poblano. It’s the pepper most commonly used in the Chile Relleno dish, consisting of a roasted poblano pepper stuffed with cheese and often served with rice and beans.

The poblano pepper is also a common ingredient in other dishes, such as enchiladas, salads, tacos, burritos, soups, and stews. They can be used fresh, canned, or frozen. It can also get chopped and added as a topping for pizzas and other flatbread recipes.

The heat of a poblano pepper can vary greatly, depending on the individual pepper. Peppers grown in warm climates tend to be spicier than those produced at cooler temperatures. The poblano ranges from 1,000-2,500 Scoville heat units (SHU). The Scoville scale is a measure of the spicy heat of a pepper.

The heat level of a poblano pepper can also vary depending on how it gets prepared. For example, a roasted poblano tends to be milder than those used raw in dishes such as salsa or guacamole.

How Long Do Poblano Peppers Last?

When storing fresh poblano peppers, it’s best to keep them in a plastic bag or container in the crisper drawer of your refrigerator. If you wash them before storing them, dry them thoroughly to prevent mold or spoiling.

You can tell if poblano peppers have gone spoiled if they start to wrinkle, discolor, or develop dark spots. The skin may also begin to peel away from the pepper’s flesh. If there is only a tiny amount of spoilage, you can still use the pepper by removing the affected areas. 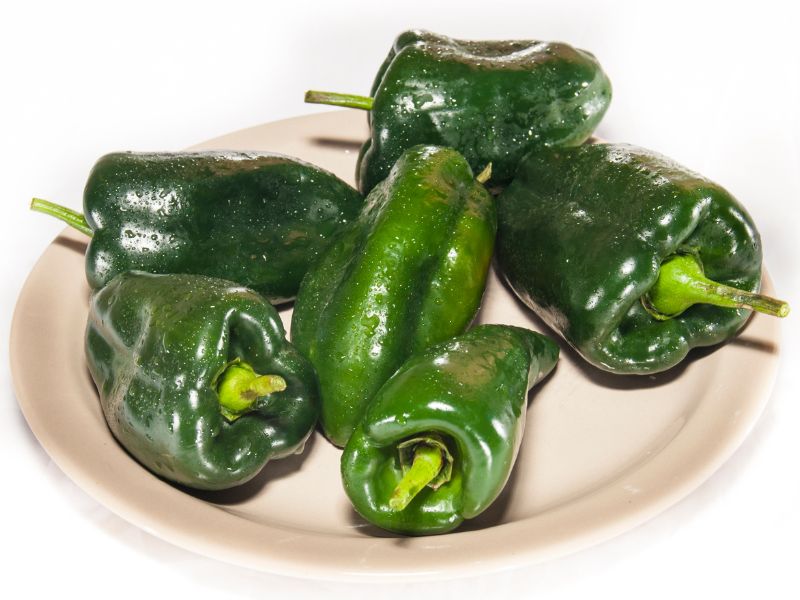 The pasilla chili is a famous chili commonly used in Mexican cuisine. It is also known as the chilaca pepper, one of the main ingredients in many traditional Mexican and Southwestern dishes.

The word “pasilla” means “little raisin” in Spanish, and this chili gets its name from its deep dark black color and wrinkly appearance. The pasilla chili is long and slender, about 6-8 inches long and 2-3 inches wide, and it has a mild to medium heat level with a slightly sweet flavor.

A dried or smoked pasilla chili is the standard ingredient in many sauces, salsas, and spices. When fresh, they have a deep green color that turns dark brown or black when dried.

The pasilla chili is also part of the Capsicum Annuum species. This chili is relatively spicy, with a heat level of 2,500 to 5,000 on the Scoville scale. The pasilla chili originated in Puebla, Mexico, and has been a staple pepper for centuries.

It is one of the essential ingredients in mole sauce, a famous sauce made with various chilis, chocolate, nuts, and seeds. Mole sauce typically gets served over chicken or turkey dishes. Pasilla chilis are also common additions to soups and stews.

If you’re looking for something new to add to your spice rack, consider trying out some pasilla powder or flakes the next time you cook! You can find these products online or at your local grocery store.

How Long Do Pasilla Chilies Last?

Pasilla chilies will typically last for up to two years if stored properly. That said, it is vital to note that the specific shelf life of your peppers may vary depending on some factors, including the storage conditions and how the pepper gets processed.

Pasilla will remain fresh and flavorful when appropriately stored for up to two years. Here are a few tips for keeping your chilies to ensure optimal freshness:

Whole pasilla chilies can get frozen for long-term storage. Place the chilies in a freezer-safe bag or container and seal them tightly.

It is important to note that pasilla can spoil if not stored properly. Signs of spoilage include mold growth, discoloration, and off-flavors. If your chilies show any of these signs, it is best to discard them. 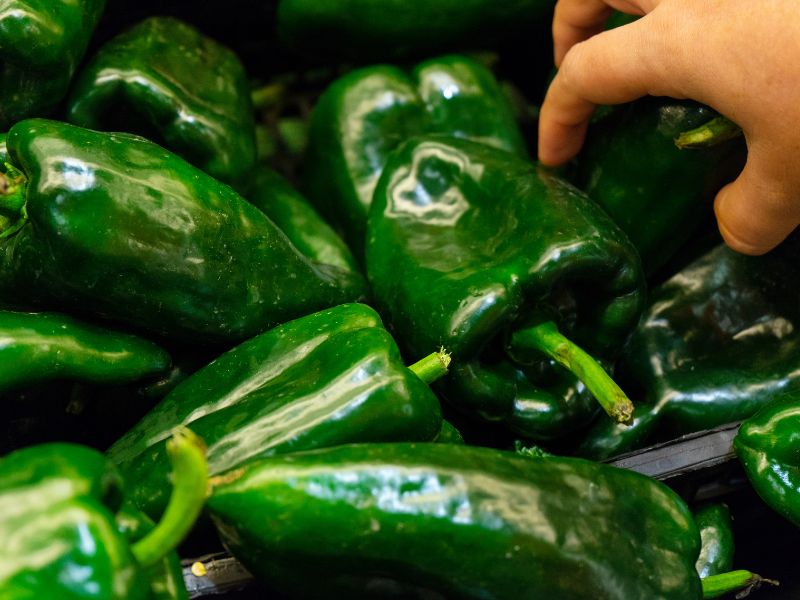 So now you know what poblano and pasilla chilies are. So, what’s the difference between these two types of peppers?

Pasilla chilies are long and thin, with a deep green color that turns brown as they mature. They’re typically about six inches long, though they can grow to a foot.

Poblano peppers have a fruity, mild sweetness that makes them perfect for cooking. They can be implemented in various recipes, from soups and stews to sauces and tacos. When dried, pasilla chilies develop a smoky, earthy flavor that makes them great for Mexican dishes like mole sauce or chili con carne.

So, which one is better? That depends on your recipe needs.

So, what does this difference in heat levels mean for your cooking? Here are a few things to remember:

Keep in mind that these are general guidelines. The actual heat level of chilies can vary depending on factors such as where they are grown and the harvest method.

So, if you’re unsure about how hot a pepper is, it’s always best to stay cautious and use less than you think you need. You can always add more later if you want more heat.

When shopping for poblano and pasilla chilies, look for firm, shiny ones with no sign of bruising or wrinkling. These peppers will be the freshest and will have the best flavor. Avoid peppers that are soft or have blemishes.

Poblano peppers are a versatile ingredient used in various dishes. Here are some ideas for using poblano peppers in your cooking:

Pasilla chilies are common in soups, sauces, and moles. You can also find them grounded as a filling for tacos or enchiladas. To add extra flavor to your dish, you can use pasilla flakes, giving your food a smoky taste with a hint of spice.

Here are some recipes that feature pasilla chilies:

What Else Can I Use in Place of Pasilla & Poblano Peppers? 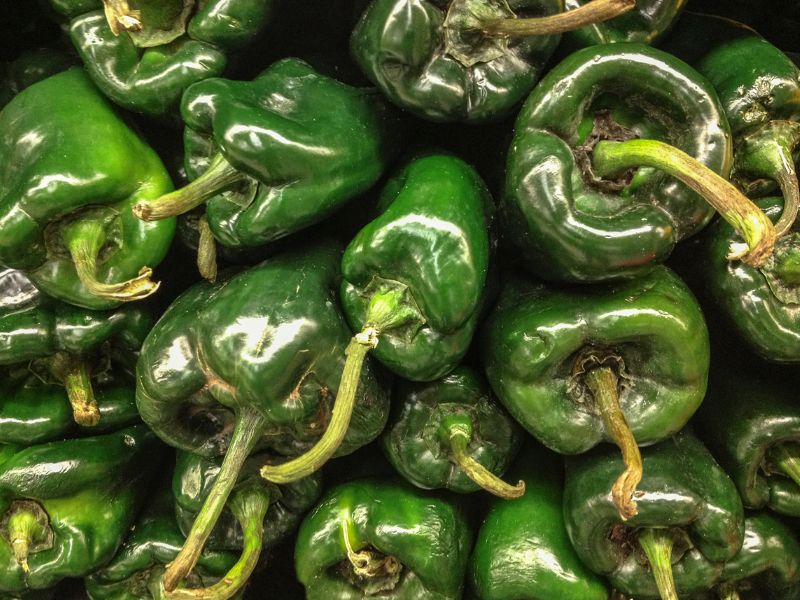 Several options are available if you’re looking for a substitution for poblano peppers. Each of these pepper varieties has a distinct flavor profile, so be sure to choose the one that best suits your needs.

If you don’t find pasilla chilies, a few other chilis make suitable substitutes.

Pasilla and poblano peppers are delicious and versatile ingredients that can add a lot of flavor to your dishes. However, there are some differences between these two peppers. Pasilla chilies are typically longer and thinner than poblano peppers and have a milder, more complex flavor.

On the other hand, Poblano peppers are shorter and thicker and have a slightly sweeter, milder flavor. Choosing between these two peppers comes down to the recipe and personal preference.

Both are great options for adding flavor to your cooking, so experiment and see which one you prefer! 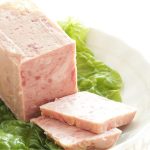 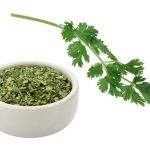