Pecorino cheese is any kind of hard Italian cheese made from the milk of female sheep, or ewe. In Italy, pecorino cheese is further classified into three types, based on the amount of time it takes to age each: fresco, semi-stagionato, and stagionato.

Pecorino is characterized by its distinct nutty flavor that accompanies its salty taste, so this cheese is often used to heighten the flavor of savory dishes. 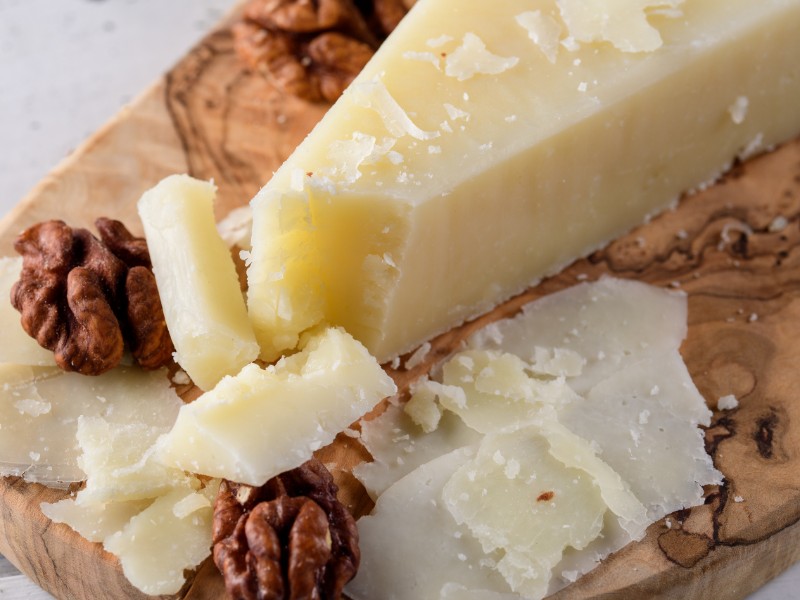 The best substitute for pecorino is parmesan cheese because the two cheeses are similar in hardness and flavor. However, pecorino has a sharper flavor profile than parmesan. Both pecorino and parmesan have the same amount of glutamates, which help umami flavors surface in food.

Since pecorino is saltier and sharper than parmesan, chefs should use extra parmesan when substituting for pecorino to replicate the strong flavor that pecorino brings to recipes. Substitute parmesan for pecorino starting with a 1:1 ratio and then add salt according to taste to make up for parmesan’s milder flavor.

Other Pecorino Substitutes, Alternatives, and Replacements

If you don’t have parmesan cheese in your pantry, use these other types of cheeses in place of pecorino.

Grana padano’s texture is not as crumbly as parmesan cheese, although grana padano does have flavors very similar to pecorino. Compared to pecorino though, grana padano carries a leaner and more rounded flavor profile. This lack of strong flavors makes grana padano taste less salty than pecorino, so substitute grana padano for pecorino by starting with a 1:1 ratio and then adding salt to taste. 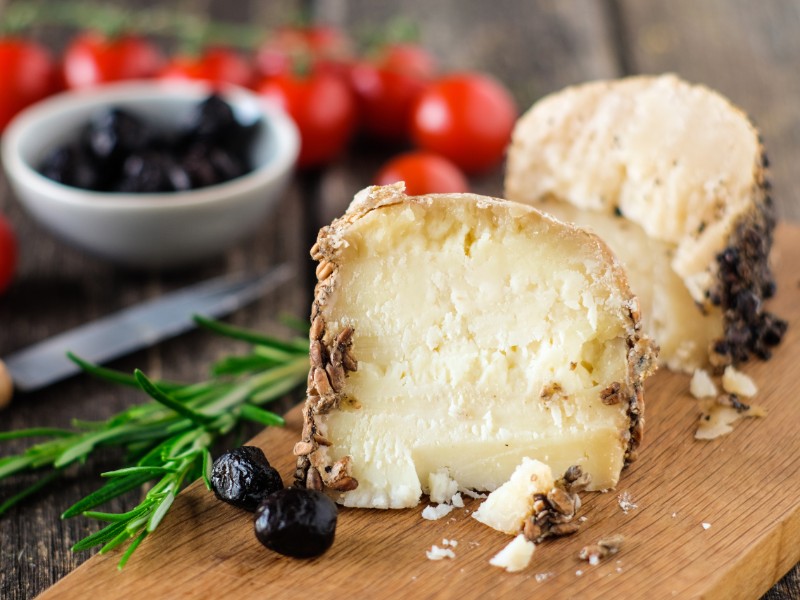 Use a 1:1 ratio when substituting asiago for parmesan, but consider adding salt to taste.

When substituting piave for pecorino, start with a 1:1 ratio and then add salt to taste.

Like pecorino, manchego cheese is also made from sheep’s milk, so expect the two cheeses to have similar flavor profiles. Manchego, though, has a tinge of sweetness compared to pecorino, so substitute starting with a 1:1 ratio and then adding salt to taste.

Be sure to use at least a one-year-aged manchego cheese to match the hardness of pecorino.

Romano cheese is made from a mix of both sheep’s and cow’s milk, just like parmesan cheese. Romano cheese has the same crumbly texture as pecorino and also shares the same flavor profile, so romano is one of the better substitutes for pecorino. Use a 1:1 ratio of romano cheese to pecorino cheese when substituting. Additional flavor adjustments aren’t necessary.

Note that romano cheese can be difficult to find in stores.

Iberico cheese is made from a mix of goat’s milk, cow’s milk, and sheep’s milk. Despite being a hard cheese, iberico has a buttery flavor with hints of nut fruit that makes it great for grating or grilling. The use of three different kinds of milk gives iberico a distinct flavor. Iberico works well as a replacement for salad toppings that call for pecorino cheese.

When substituting iberico for pecorino, start with a 1:1 ratio and add salt to taste. 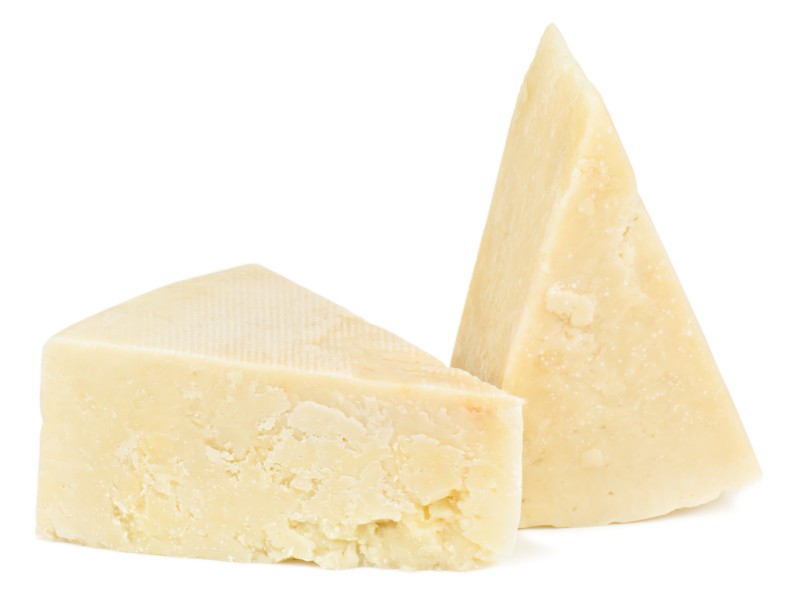 Ossau Iraty is a hard cheese made in France that shares the same crumbly texture of pecorino.

Despite its strong aroma, Ossau Iraty — which is also made from sheep’s milk — shares pecorino’s characteristic flavors. Ossau Iraty’s nutty flavor has hints of hazelnut, figs, and olives, yet the cheese still has a milder flavor profile than pecorino.

Use a 1:1 ratio when replacing pecorino with Ossau Iraty. 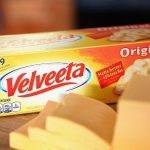 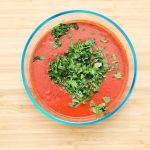 What Is Salad Oil?