I discovered the importance of the ice cream cone making machine at a young age. On a hot summer’s day, heading home from the park, we crossed paths with every kid’s dream: the ice cream truck! I rushed toward the truck pointing and squealing with glee. I knew that soon a cold slice of heaven would be mine.

Taking in all the options, I finally zeroed in on my choice. I pointed to the side of the truck. “That one!” I said, hardly able to contain my joy. As money exchanged hands, I caught a glimpse of a tall, slender man in an apron. He stood over a clunky contraption, spewing steam. Emerging from the Ice Cream Cone maker was a classic waffle cone.

Up until then, my experience was the Styrofoam type cone sold in most grocery stores. I dove right into the top scoop, without a thought of the cone. After the ice cream, I finally reached it. My first bite caught me off guard! What was this strange new flavour, crisp and light, but with just the right amount of sweet?! As I felt it melt in my mouth, I knew there was no going back. 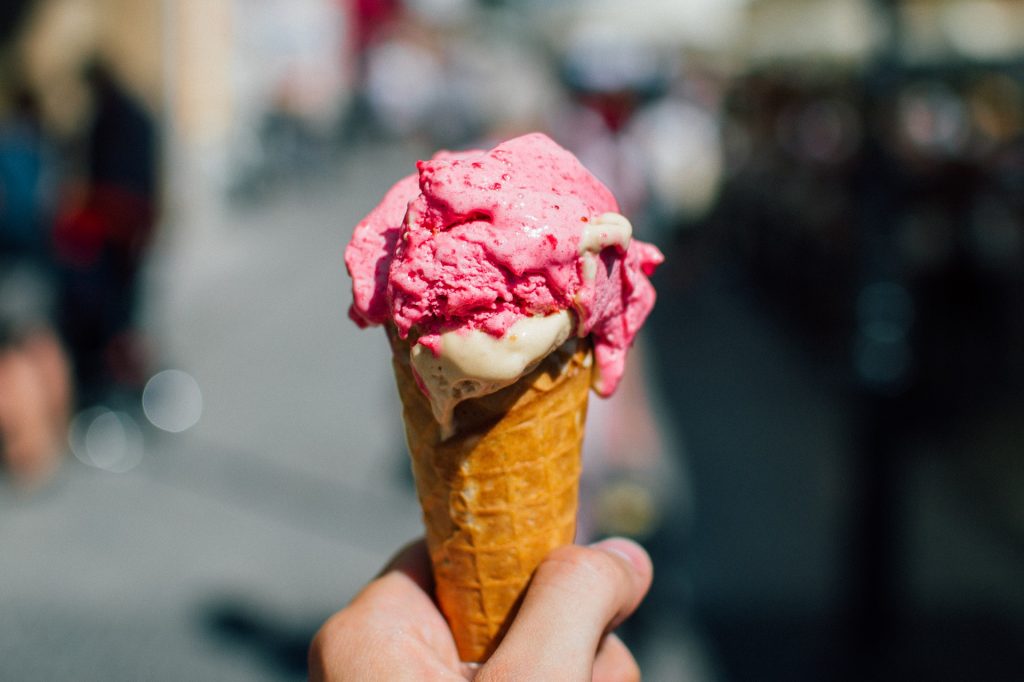 The lesson I learned that day was something that stuck with me. I had always known ice cream to be good but had only considered the cone a vehicle with which to drive the good stuff to my taste buds. As soon as the ice cream was gone, the last thing I wanted to eat was the soggy and tasteless container it was held in. That all ended the day I discovered waffle cones.

According to legend, the beginnings of the waffle cone for ice cream was almost as accidental as my discovery of the tasty treat. Dating back to the early 1900’s, the waffle cone made its first debut at the St. Louis World’s Fair. As the story goes, a man named Ernest A. Hamwi began selling a pastry similar to a thin waffle. Meanwhile, a nearby ice cream vendor had a big problem. He was selling so much ice cream, that he ran out of dishes! In a flash, Hamwi saw the solution. Grabbing one of his pastries, he formed it into the shape of a cone. It was a hit!

Just like that, a staple of American life was on its way to make history. 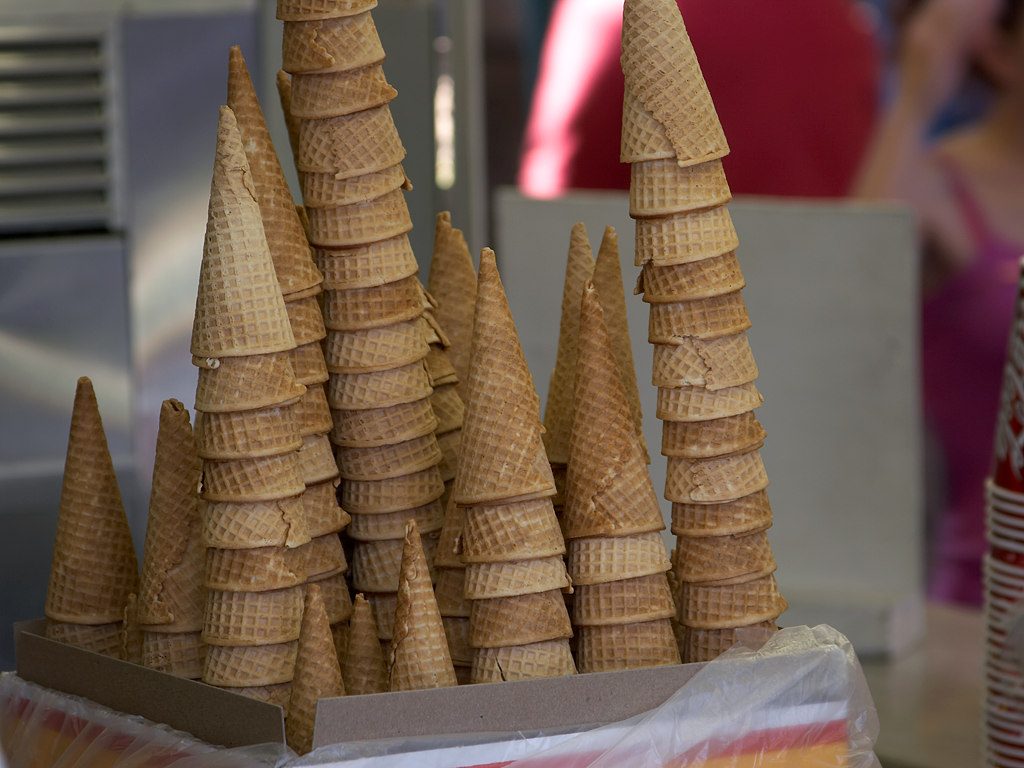 This initial success was the first domino in an effect that would ripple through history. Almost immediately, hopeful entrepreneurs seized on the idea and began developing equipment for mass production of the newly discovered and highly coveted waffle cone. By 1924, cone production soared to an all-time high of 245 million. In our advanced and modernized world, we now have machines with the ability to pump out cones at a rate of 150,000 per day!

Today, anyone can own one of these wonderful appliances and bring this classic treat into the kitchen. There are many products to choose from, ranging in size, shape, and design. Ice cream cone machines have the unique ability to bring the wonder of a childhood ice cream truck directly to the kitchen.

In my experience, owning a great waffle cone maker can be fun for more than just eating. Bringing the family together to tackle the task of making homemade cones has become an enjoyable past time. With the most frustrating part being handled by the machine, we are free to relax and enjoy each other. From mixing to pouring, and then forming to cooling, everyone has their job. And at the end we all are able to kick back and enjoy our favorite flavors, served in cones made with love.

With so many options out there, it can be difficult to know where to start. In order to make lives easier, we have decided to do all the heavy lifting. The important features to look for in a machine that makes ice cream cones is a sturdy construction, non-stick baking surfaces, best in class recipes, a visually appealing design, and the proper cone-forming tools.

Using these criteria, we have put together a list of some of the best and affordable waffle cone makers for in-home use. I know that with one of these at home, I will never have to enjoy my favorite frozen dairy from an inferior vessel again.

Our first cone machine is a pure and simple waffle cone maker. Featuring the classic cross-hatching design, it works by setting the desired color of the cone and away it goes! Product dimensions are 8 ¾” X 10” with 7” diameter waffler plates.

Arriving with its own recipes, this basic appliance will get the job done. However, a few purchasers have received defective units that do not heat up, but it appears they were able to return/exchange for working devices or request a refund (if done in the allotted time frame).

Just turn the color-coded dial to the desired level, and in less than two short minutes there are delicious waffle cones ready to be eaten! This is sure to become an instant hit with the family, producing a delicious treat in a flash. Its convenient design allows for the device to be stored upright in order to save space in the cupboard, and electrical plug to be tucked into the base. 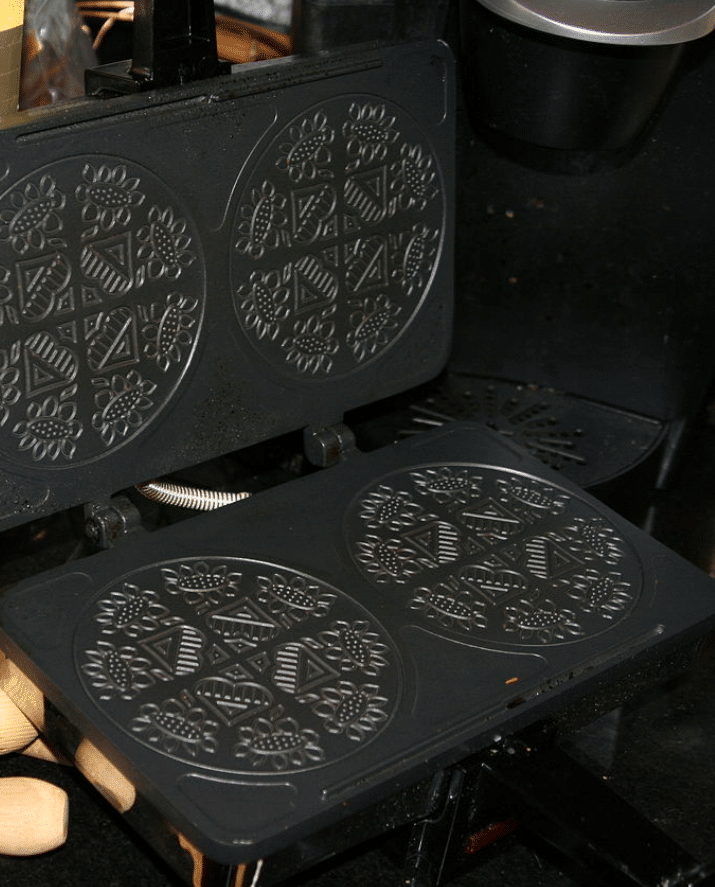 Our second option is similar to the Chef’sChoice 838 in many ways, but with a few key tweaks. Coming in a little bit larger in overall size, the Chef’sChoice 839 is specifically geared toward making 6” diameter or smaller Krumkakes.

At a glance, the plates appear to be the same other than the differing designs. However, krumkakes use recipe that typically makes them much thinner than a traditional waffle cone. In addition to this, they are often rolled into a tighter cone and eaten plain, as opposed to with ice cream. Chef’sChoice 838 maintains the ability for upright storage, for the space-saving many of us desperately need. Same storage spot for electrical plug in the base.

Due to the space between the plates being thinner, this cone machine is even quicker than the regular waffle cone maker. It clocks in at an impressive 60-90 seconds! However, many users have noticed uneven heating to varying degrees of severity. Some areas of the plates appear to stay hotter than others during prolonged use. 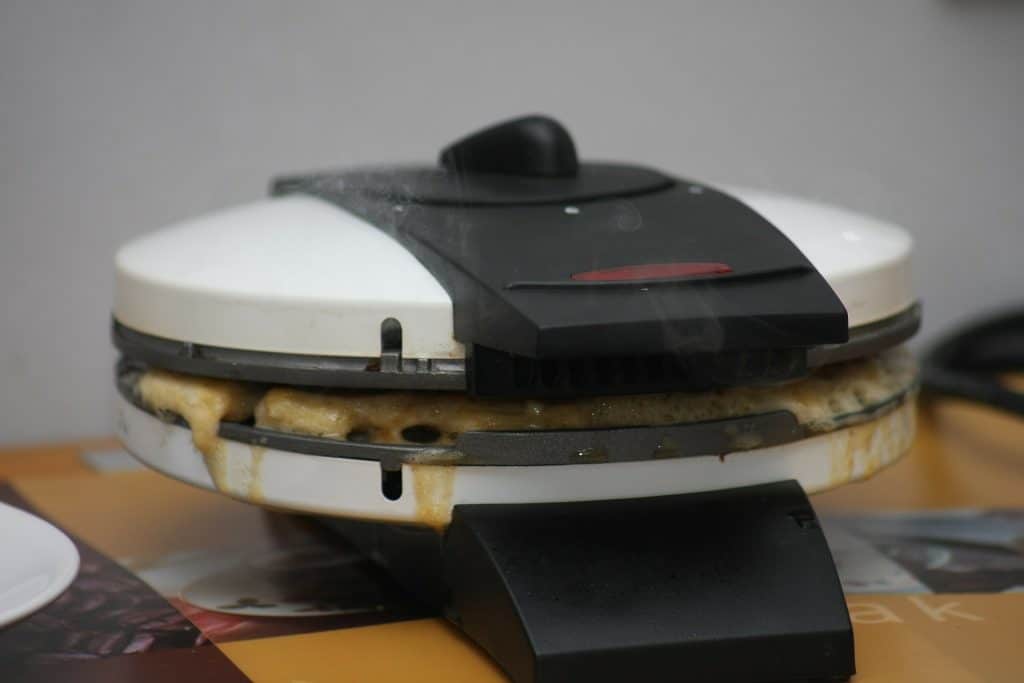 Next, we looked into theCucina Pro model. With a very simple approach, this device has no buttons, switches, dials or the like. Just 2 indicator lights to show when it’s hot and ready. Plug-in, pour the batter, and enjoy the results! You can cook cones in just a few minutes. It comes with all the tools for shaping the cones.

It is so simple and easy to use, anyone can learn to use it in no time. No complex instructions or picky step by steps. Just quick, easy, and thought-free operation! As an added bonus with this product, it also comes with a special shaper to make waffle bowls.

The final pick is an add-on accessory for use with Croquade Waffle Maker Model #’s U11000, U11001, or U11002. Specifically designed to make waffle cones, it features classic diamond pattern but with some stars and stripes toward the top of the cone fro added flair.

Made from cast aluminium, this product interchanges with other inserts that are made for use with the same waffle maker. It has durable construction, no plastic pieces on this removable and interchangeable portion. It also has spill catching trough within the plates, which will leave no chance for messy overfilling accidents.

However, Croquade Waffle Maker is on the expensive side, especially if you only need to make waffle cones and are not concerned with making other items. This is ideal for those who want the flexibility to create more than just waffle cones, but without having to own multiple machines. All in all, this waffle maker works with a total of 8 different types of waffle plates. Each is sold separately, allowing the purchaser to decide which ones they want to buy.

Armed with this knowledge, we hope to point people in the right direction. The nostalgia and memories surrounding ice cream cones is significant for many. Products like these ice cream cone makers can bring back thoughts of some of the happiest memories, all while allowing for the creation of lovely new memories. Without one of these handy contraptions, I would be forced to hunt down the ever-elusive ice cream truck in order to experience the delicious indulgence of my first waffle cone all over again! 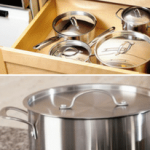 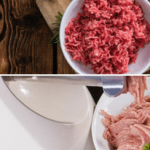