When it comes to blenders, Vitamix is considered one of the best, and from their range of products, the Vitamix A2500 of the Vitamix Ascent series is one that demands some serious consideration.

Powerful and durable, this smart-device blender should be present in your kitchen. It can offer you more than just a blend of your protein shake every morning. But when it comes to blenders, there are a lot of things that one has to consider. Hopefully, this Vitamix A2500 Review proves to be of help. In this review, we will discuss all that this blender has to offer.

?If you are in a hurry, then Check Out Current Price & Customer Reviews On Amazon?

Vitamix has always released trustworthy products. The best thing about this brand is that it makes sure to give consumers a product that’s both durable and powerful — two things that are sorely needed in a blender. Vitamix blenders are also versatile when it comes to whatever food you want to prepare, be it hot soup, frozen desserts, or blending your baby’s food into a smooth mush.

But Vitamix has yet again proven itself by producing the Ascent series. They’ve upped their game even more. These products are more than just new designs, as they also offer a lot more features than anything they’ve made previously. This series is a mix of every best product from the company’s track record, resulting in a hugely satisfying blender.

There are four blenders made in this series, and all four of them offer the same quality results. The 8-ounce blending bowl and 20-ounce blending cup are both compatible with all four Ascent machine. As the model number increase, so do the price and features offered.

Does that mean that A3500 is considered the best among the four of them? To be honest, it’s a matter of preference. In our opinion, A2500 is just as good as A3500, and we’re going to go into why.

What Food It Can Make? 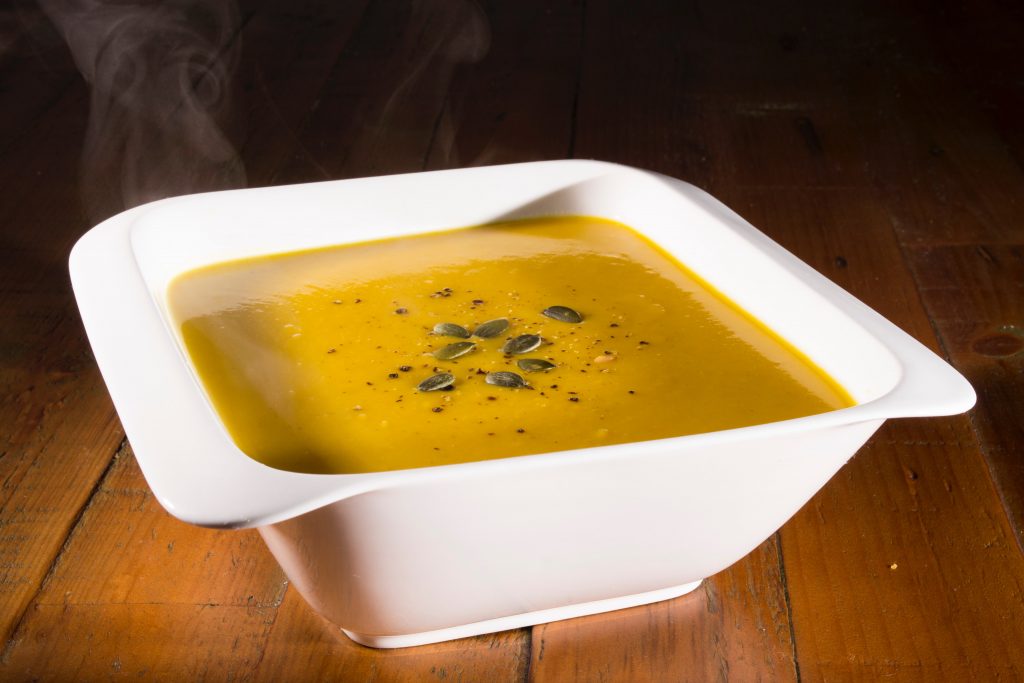 Vitamix has always been praised for its versatility. You can make hot soups, frozen desserts, and smoothies with any Vitamix product and the Vitamix A2500 is no different. It’s as versatile as it is powerful.

There are a wide array of foods that the Vitamix can deal with, to consistently blended results. Although the Vitamix smoothie setting can also be found in any blender, the other features cannot.

The Vitamix A2500 has three program settings available, and one of them is a program to create hot soups. The reason why the Vitamix A2500 is able to create a hot soup without using the stove is because of the friction the blades create when they move, bringing the soup to serving temperature within ten minutes.

The A2500 has the ability to create frozen and chilled treats, as long as the ingredients used are frozen when added into the machine. You can enjoy a frozen dessert of your choice. Whatever you want, the A2500 can serve it to you. 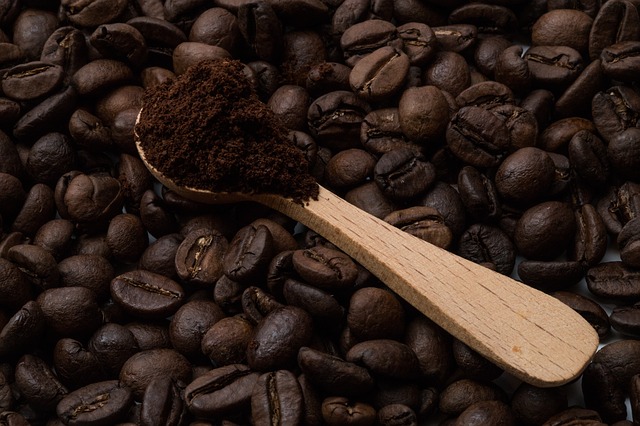 This product not only serves hot soups and frozen treats, it also has the power to grind even the hardest ingredients like nuts, making a nut butter. You can also use the A2500 to pulverize coffee grounds. There’s so much this machine can offer you’ll be left asking what it can’t do.

For other recipes that can be made using the Vitamix A2500, a recipe book can be bought which gives you a lot of recipes to choose from. The app for iOS and Android also offers 500+ recipes.

The answer to this question is: no. The Vitamix A2500 isn’t self-cleaning and that’s a serious disadvantage. However, it is the only disadvantage that we see. And anyway, the 64-ounce container is pretty easy to clean; all you have to do is fill half of it with water, add a bit of dishwashing liquid, then turn on the smoothie setting. When it’s done, rinse well with water to make sure you get rid of all the soap residue. 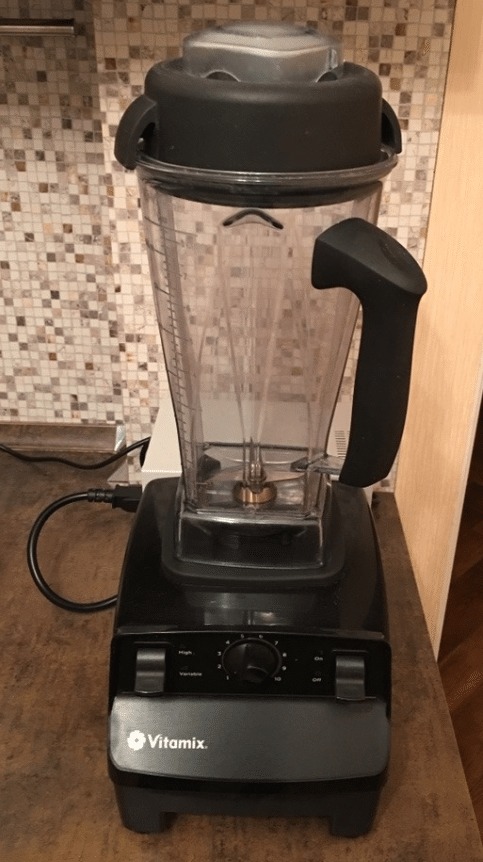 A 64-ounce container already comes with the package when you purchase your A2500, but there are Vitamix A2500 accessories available in the store, like more container sizes.

The best thing about these containers are that they’re all self-detect containers, designed for the Ascent series. The series has self-detect technology programmed in its motor base that automatically adjusts the preset depending on the container size.

From different-sized containers, blending bowls, and cups to a smart scale app and filtration bag, the accessories can all be found on the Vitamix website, so it’s up to you whether you want to have a shopping spree if you ever choose to purchase your own Vitamix A2500.

The great thing about the Vitamix A2500 — and any Vitamix in the Ascent series for that matter — is that they offer a ten year warranty on their product. Previously, the company has offered a 5-7 year warranty on their previous products, but given the fact that the brand has made reliable and durable products that can last for almost a decade, the added three years is a great feature.

The warranty covers everything like labor costs and shipping charges and can also cover the repairs needed if the product is somehow damaged at some point, which is great considering how pricey repairs can be. The company also takes responsibility for replacing damaged parts even if the damage is from user error.

The ten-year warranty can be considered good news because if the product gets damaged, you won’t need to worry about the repair costs. The company has got you covered.

Comparisons Amongst A2500 And Others In The Ascent Series

Although we consider the A2500 the best in the Ascent series, the other three aren’t something to take out of consideration. They all have their own unique features that set them apart from the Vitamix A2500. Who knows, maybe their features are ones you prefer — it’s only fair that we also bring them to the table.

If you’re on a tight budget but still want to purchase a quality blender, then the Vitamix A2300 might just be it for you. It doesn’t have presets like the A2500, as previously mentioned in the review, but if you’re looking for a blender that still has the features of a high-end Vitamix blender, then this is the one for you.

Just like the A2300, this one doesn’t have any programmable settings. It still has the rest of the features that the Ascent series contains, as well as a programmable, built-in timer. Considering that the A2300 is the entry-level Ascent, think of the A3300 as the upgrade of that one.

If you’re fully devoted to getting your hands into the most high-tech and you want a Vitamix that has a lot more feature to offer, then you might want to check out the A3500. Unlike the A2300 and A3300, this one has pre-programmed settings just like the A2500. The only difference that is that this one offers two more than the A2500 — five program settings to choose from.

It has touchscreen controls and a metal finishing that gives it a more modern and sophisticated vibe. But like previously mentioned, an increase in the model number in the Ascent series is also an increase in its price. The A3500 truly has a lot more to offer than the A2500, which is the reason why it’s pricier than the other Ascent machines.

With the horsepower of 2.2hp, the Vitamix Ascent A2500 will provide you with a consistently smooth texture of any food that you put into it, be it a hot soup, a milkshake or a dessert. This machine also comes in four other colors. Aside from the basic sleek black, the Vitamix A2500 colors are red, slate and white.

But aside from the available colors of this product, one should also consider the Vitamix A2500 features.

You can get rid of that kitchen timer because the Vitamix A2500 has a built-in timer of its own. You will no longer have to guess how long you have to blend; now, you can set the time and the blender will stop as soon as the timer ends.

It’s convenient and easy, a feature that everyone would appreciate in their blender. Think of all the things you can do while you leave the A2500 blending?

Vitamix has created an application that’s available in the Apple Store and PlayStore. Simply download the application and you will be able to unlock more potential from your Vitamix A2500, with 17 additional programs. The app also has 500+ recipes.

As mentioned earlier, the Ascent series of Vitamix has a feature where the motor will detect the size of the container attached. You can use any self-detect containers that you’ve purchased, allowing you to choose a customized container size that will fit your needs.

Speaking of the laser-cut, stainless steel blade, it’s built to handle even the hardest and toughest ingredient you put into the machine. It’s how the resulting blend gets so smooth!

Of course, the four other colors that the A2500 comes in have already been mentioned, but we haven’t discussed it’s sleek design yet. The design is sharp and stylish, and the 64-ounce container that it comes with has its own advantages.

It can blend even a small amount, say, four ounces, and can also be used when you want to blend more, and it will still give a consistent result either way. The container is marked by milliliter, ounce and cup, for the user’s convenience.

The lid and container are see-through which allows you to monitor what you’re making. The look also gives a futuristic vibe to the A2500. The previous products of Vitamix used to have black lids so the see-through design is a nice touch from the company. 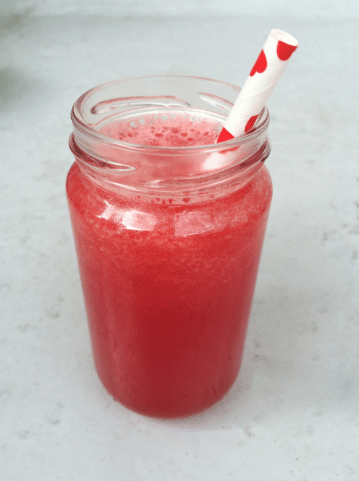 The Vitamix A2500 is a great blender, probably the best in the series. A blender from the Ascent series already possesses great features, but the added three program settings to the A2500 is a bonus. The programs make for easier work and better results, which can be a huge help mornings.

And don’t just think about mornings — this baby can make lunch and dinner a breeze! Sick of cooking? You won’t be if you get this thing. Time saved and nutrition improved are things you are bound to get from this blender.

Still, the choice is up to you whether or not you want to purchase the A2500. Hopefully, this Vitamix A2500 Review has helped you! 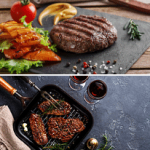 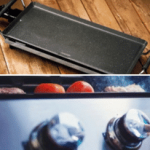 Best Propane Grills Under $200 – Backyard Barbecue On A Budget