The sales of blenders are found to be more than the other products as users have a growing need for blenders. In some products of NutriBullet, there is a system of Mixer as well as Blender.

Everyone is raving about this nutrition extractor nowadays, and there are reasons behind it. It is much more than just a blender — the NutriBullet breaks down the fruits & vegetables to extract the maximum nutrition from the food.

Let us learn about the working and making of NutriBullet. It has a powerful motor, an ingenious bullet cyclonic technology and specially designed Extractor Blade which you can use to pulverize fruits, vegetables and easily make nutritious protein shakes and green smoothies.

Prime versus Pro: Guide to Finding the Best 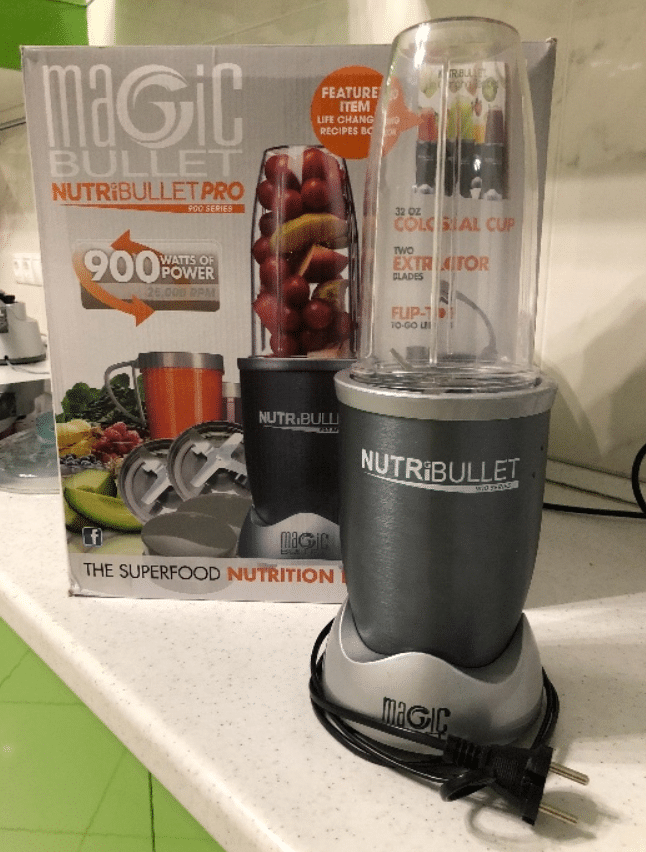 There are many criteria to keep in mind while finding the best NutriBullet product. Buyers usually prefer products that are portable and can take quite a load. So if you are among those, then the Nutribullet series is just meant for you. It’s easy to use and can deliver the best of output in very less time. But to ease it up for all buyers, we have listed all the details you ought to know before buying any of these products.

Read this article further for the comparison between NutriBullet Prime and NutriBullet Pro and make an informed decision on which product best suits your needs.

As the power of the motor is increased, the smoothie or the juice becomes smoother, and it gets easier to crack the seeds, stems and also shedding the tough skins. As the fibrous elements pulp out of the ingredients, a person would get maximum nutrition from the fruit and vegetables due to the use of powerful motor it grinds and blends the elements very fast and very smoothly.

The Nutribullet 1000 Series comes with an insulated thermos-style blending cup which keeps the smoothies cool if a person prepares it in advance for any occasion or if a person wants to drink it after some time. It has 1000 NutriBullet watts power. The NutriBullet capacity is about 0.9 liters, and it weighs about 2.8 kg. 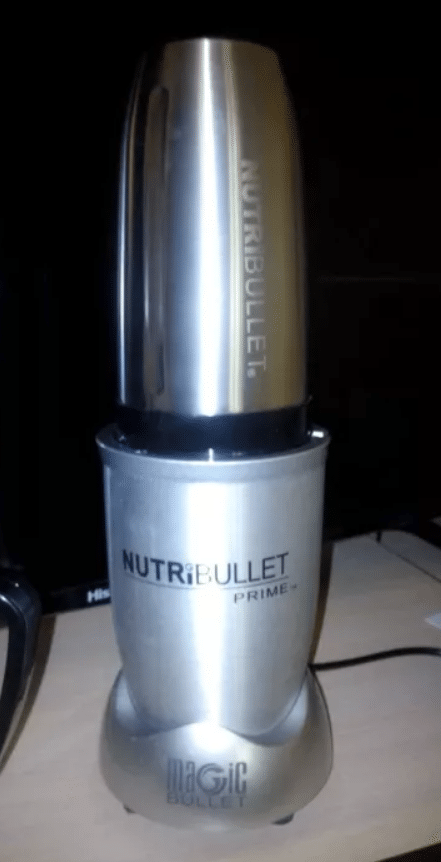 These larger cups give a greater portion than the Nutribullet 600 and Pro series for storing water. It also comes with flip-top lids so that a person can take the drinks with them as they travel around.

The cups are top-rack dishwasher safe whereas the other elements of the blender need to be washed by hand carefully in warm water.

The Nutribullet Prime 1000 is powered by ‘Smart Technology’ like the NutriBullet RX. Unlike the Prime 1000, it automatically selects the blending speed that best suits the ingredients that a person is putting in the cup. As per the manual, it runs through a 45-second auto-cycle, and it turns off automatically after it reaches the optimal point of extraction.

Having a powerful motor has its benefits, but sometimes it can cause a problem. That is why a person should be aware that the motor is very powerful and it can generate a great amount of heat that would make the smoothie very warm. So it is better to use frozen fruit or ice in it to make sure that the drink is nice and cool and ready for serving, or you can add ice after it has been blended.

NutriBullet Prime is very handy to use at any place. For proper usage, you have to keep the following in mind:

According to the reviews of many users, there is a smell of hot electric motor, and it occurs because of overloading. You definitely do not want to overload this blender.

Another thing is the cups are pretty large and not as handy as previous NutriBullet products so, it might be a bit of problem to carry around except of course you really need to.

Talking about the 45-second auto-cycle, some users may find this functionality useful, but according to reviews, they find it unnecessary and intrusive – so think about it before planning to make a purchase.

It could be said that this Nutribullet Pro series is for those who seek an active healthy lifestyle. This blender offers excellent nutrition extraction. It has a 900-watt motor which, is more powerful than previous NutriBullet products, but less powerful than the Nutribullet Prime 1000. 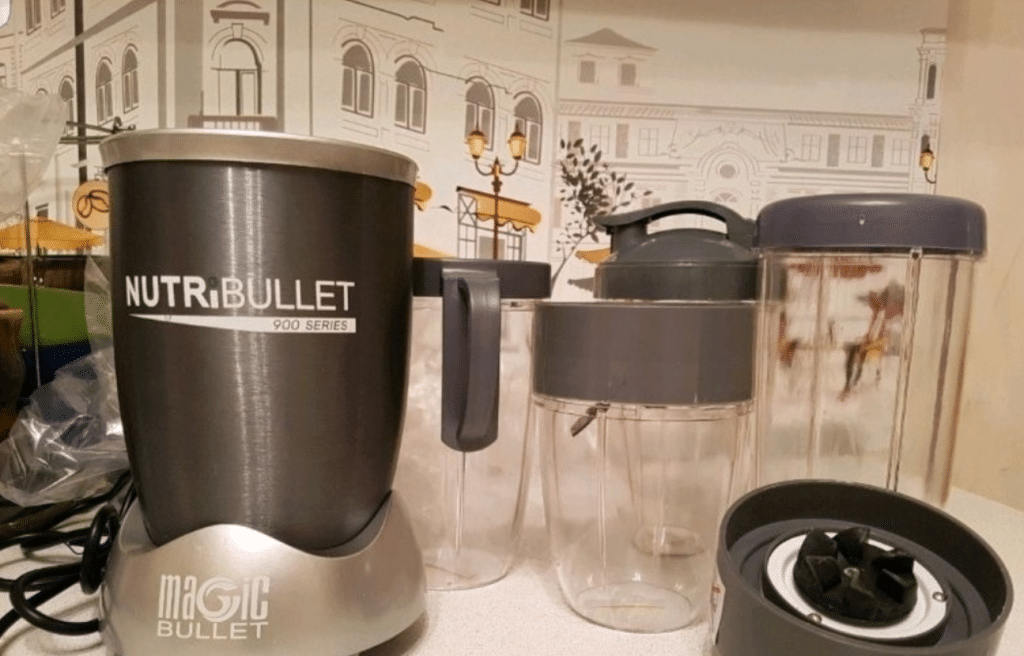 Most users are more attracted to NutriBullet Pro because of the eye-catching copper finish which makes it look elegant. It comes with two stainless steel Extractor blades which can chop, grind, shred and blend fruits and ingredients to make a delicious and healthy smoothie.

It is not only used for making a smoothie, but there is a list of things which can be made with the help of NutriBullet Pro. The blending consistency of NutriBullet Pro is very good as it creates very less aeration.

It has 15 Accessories all together al 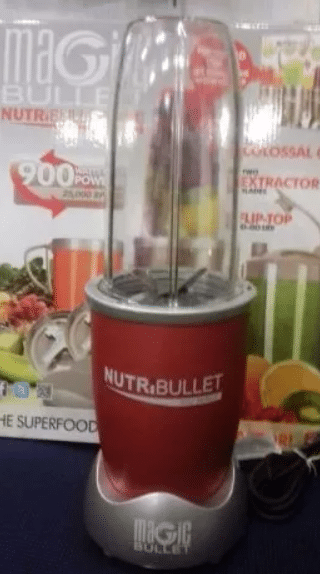 The cups are made of non-toxic, high impact plastic that can resist shattering. The travel cup with “sip and seal” lid is best for carrying the drinks around. The parts for the Nutribullet pro are dishwasher safe.

Every good thing has some flaw. Well, not exactly flaws, but few drawbacks. There is no doubt NutriBullet Pro has a powerful motor, but it is necessary to stop it periodically to cool it down.

As per the instructions manual, we can use it straight for 60 seconds, but it is better to stop in between 60 seconds for the long life of the Nutribullet Pro. It should be kept in mind to stop in between so that the NutriBullet Pro does not get overheated and its condition is maintained for a longer time.

Some users complain of both the blades not working in coordination, and it happens that one is working better than the other. The biggest issue which is faced by most of the users who have bought NutiBullet Pro is that it leaks a lot. Some users have used it more than 10-12 times, and it has leaked almost every time. Even the wire of the motor gets so hot that it would feel like the wire is going to burn and even the burning smell of the wire could be perceived.

The cups that come along with NutriBullet Pro are not cut to a precise point, and they wobble a bit when they are kept on a flat surface.

Although all the parts are dishwasher safe, some parts are shaped in such a way that it cannot be cleaned without using the hand. If you intend to blend something sticky, then it is advised not to make use of the dishwasher.

The power base runs at the same speed, with no adjustment, which might not be suitable for all the ingredients which would be used in NutriBullet Pro for blending.

While comparing the NutriBullet Pro 900 and the NutriBullet Prime 1000 series, it seems clear that each one of it has their strengths and drawbacks that could suit your specific purpose. Both NutriBullets are ideal for creating side dishes, smoothies, and frozen dessert recipes and much more.

So for you to select one, we suggest you list down your requirement and then see which product suits your needs the best. Both the Nutribullets are highly efficient and are a great buy. 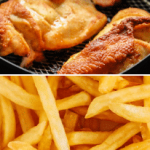 Philips Air Fryer Vs Nuwave: Read This Before Buying Any One 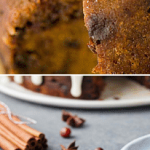