I love jerky because it’s a great source of protein when you’re on those long hiking or camping trips and just need a quick pick-me-up. It’s pretty tasty too, and light enough that you can easily stash away dozens of jerky packs in your bag without weighing yourself down. 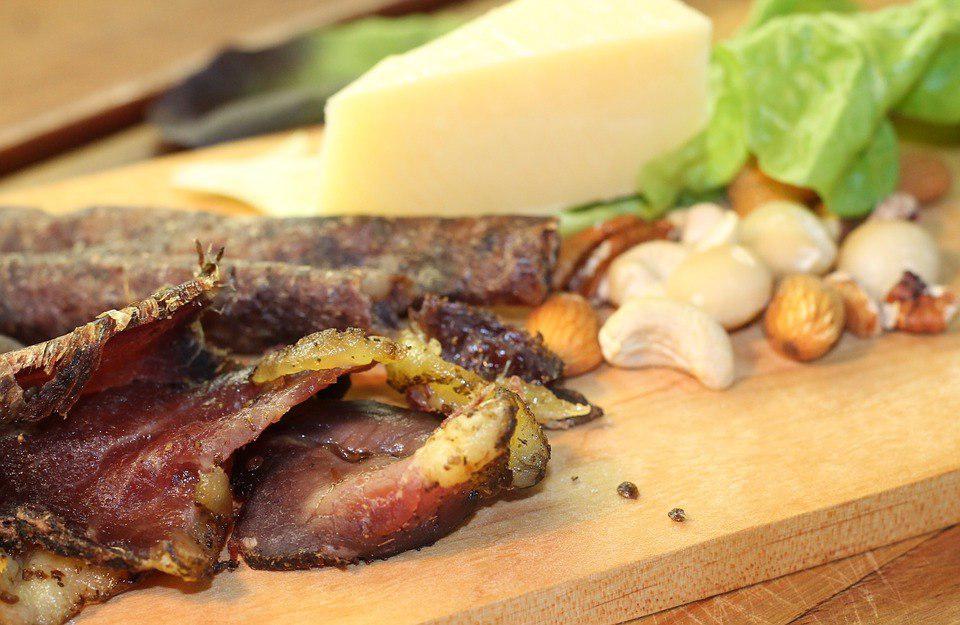 However, store-bought jerky is chock-full of salt and sugar that makes them bad for your health in the long run. Recently, I’ve taken to making my own jerky at home. Not only is homemade jerky cheaper than the store-bought ones, they’re also healthier too, mostly because I have direct control over their fat, salt, and sugar content (i.e. I can make lean, low-sodium jerky if I want to).

However, for those who are new to jerky-making, judging when the jerky is ready can be quite confusing. Taking the jerky out of the dehydrator early can give you moist jerky that is prone to spoilage, and taking it out too late can give you jerky that is too dry and tough to chew on.

If you want to make good jerky, better have a food thermometer on hand. This tool will help you keep the temperature inside your dehydrator at a constant level.

When making jerky for the first time, preheat your dehydrator to around 145 degrees Fahrenheit first, for about an hour, to kill off any bacteria that might be growing inside it.

The drying time can range anywhere from four to twelve hours, depending on how thick the cuts of the meat are. The thicker the meat, the longer it should stay inside the dehydrator. Determining the drying time isn’t an exact science since everyone cuts meat differently, so you would need to estimate and take out the meat from time to time to test it for dryness. But as a rule of thumb, most cuts of beef can become completely dried out at the 10-hour mark. 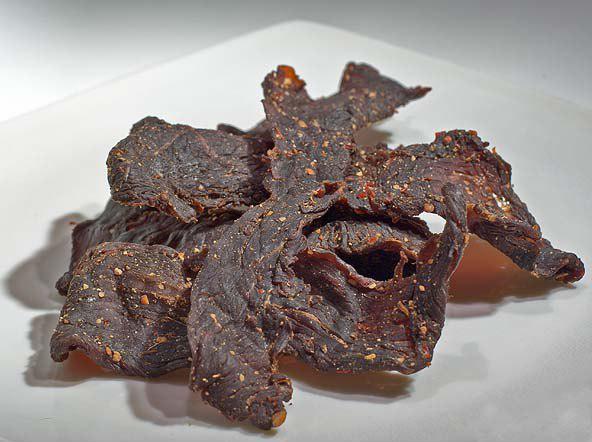 Take out some of the jerky from the dehydrator using a pair of clean tongs. Wait for a few minutes and let the meat strip cool to room temperature. Once cool, try to bend it. Perfectly dried jerky should not break in half, but rather be flexible enough to be bent at will. Jerky that splits in half means that its not perfectly dried out yet, and needs more time in the dehydrator.

Also, check out the texture of the jerky itself. It should not feel soft or greasy to the touch. The surface texture should be dry and leathery, with no hint of moisture whatsoever.

A crumbly jerky is an overcooked jerky. The ideal texture for beef jerky is gummy and leathery; you should be able to chew on it without much problem, and without feeling as if the meat is too hard to gnaw on.

Having a slight crunch is also acceptable, as long as you can eat the strip comfortably without making your jaw tiring out. Even if it is completely dried out, the inside of the meat should still have a hint of softness to it.

Other Important Things To Remember When Making Jerky 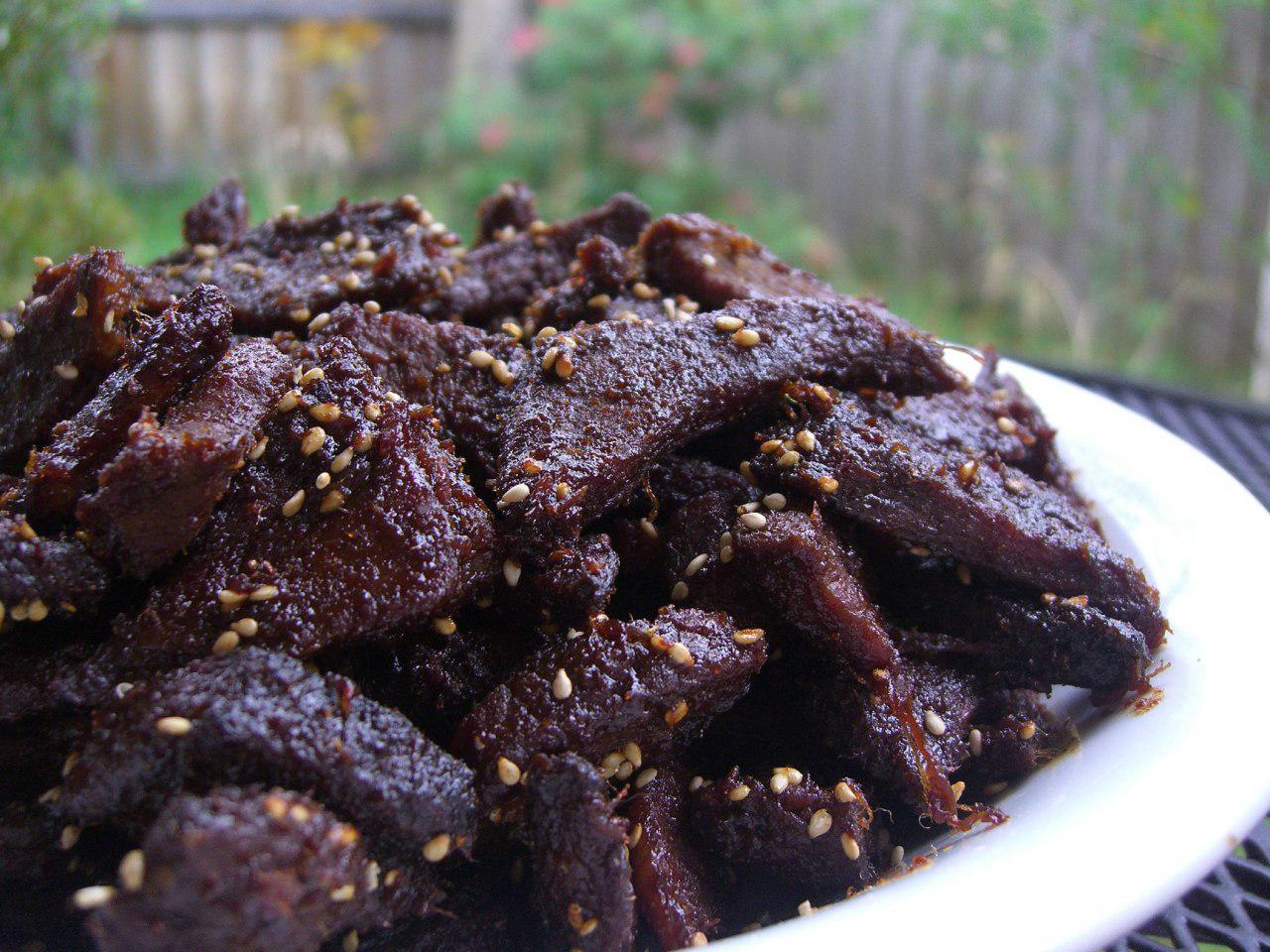 1. Don’t rush through the drying process. You can’t just double the heat on the dehydrator and hope to dry the meat out in half the time- it just doesn’t work that way. You run the risk of having the outside of the meat overcooked, while the inside still has a lot of moisture.

2. With that said, the optimal temperature for cooking jerky is about 145 degrees Fahrenheit. Keep the internal temperature of the dehydrator at this level, and in most cases, your jerky will turn out just fine. Just make sure to check for doneness from time to time.

3. Properly-made jerky doesn’t need refrigeration. However, if you want to preserve it for longer, you can refrigerate it.

4. Store the jerky by placing the meat strips inside airtight plastic or Ziploc bags. Alternatively, you can have them stored inside airtight glass jars with strong lids. Keeping the jerky stored like this will prevent early spoilage and the growth of bacteria.