Pernod is an anise flavored liqueur from France that has a 40% alcohol content. This liqueur is popular in French cuisine, where it’s used to add a slight licorice flavor to seafood dishes, such as bouillabaisse and oysters Rockefeller.

What is Pernod Liqueur & What Does it Taste Like? 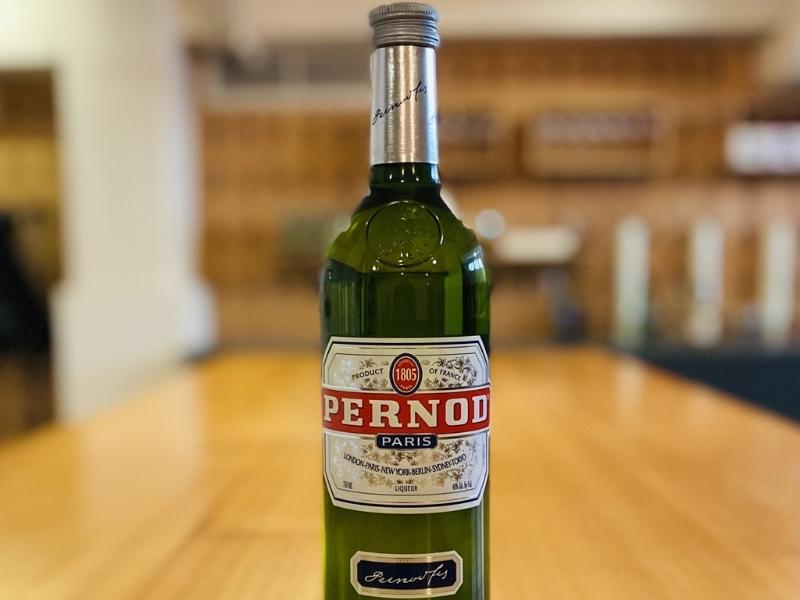 Pernod was originally an absinthe that was first developed in 1792 by Dr. Pierre Ordinaire. The French physician used the drink as an “all-purpose” elixir. A businessman named Henri Louis Pernod, who founded the Pernod Fils company, eventually acquired the recipe and commercialized the beverage in France.

The popularity of Pernod absinthe quickly exploded. The drink was hailed for its distinctive anise flavor, high alcohol content, and superior quality.

However, at the start of the 19th century, a ban was imposed on absinthe because of a misinformed belief that wormwood — the key ingredient in the beverage — caused hallucinogenic effects.

This ban led Pernod Fils to modify the drink’s formula in an attempt to bypass the ban. Removing wormwood transformed Pernod into the French anise flavored liqueur known and loved today.

Pernod gets its anise and licorice flavor from the distillation of ingredients such as star anise, fennel, coriander, and mint, among other aromatic herbs and plants. Because of its strong herbal flavors, this beverage is traditionally served with water and ice. 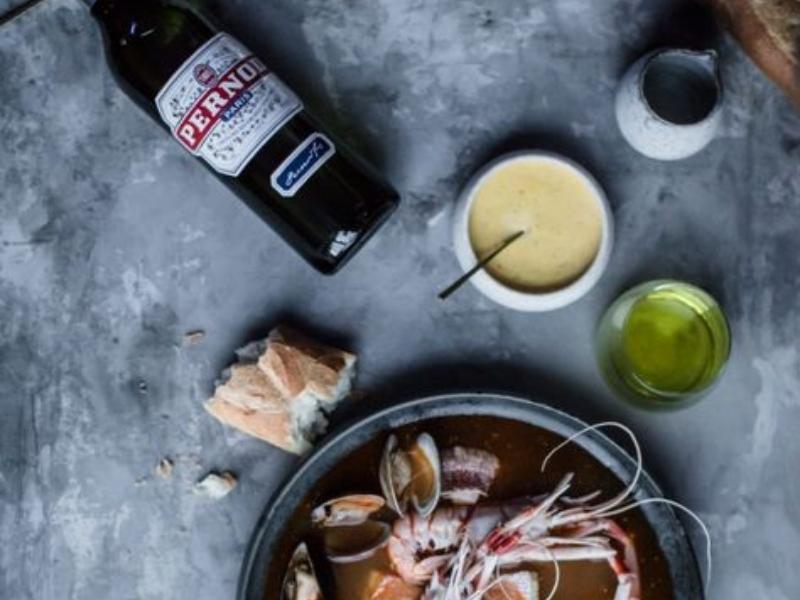 Pernod adds an anise and licorice taste, with subtle notes of fennel and mint, to dishes. This flavor profile makes the beverage particularly well-suited to cream sauces and seafood dishes like bouillabaisse, oysters Rockefeller, and braised cod.

The liqueur can even be used to elevate desserts. Though the liqueur has a fragrant aroma, it won’t mask a dish’s original taste if used in appropriate quantities.

Unlike wines and spirits, Pernod is a delicate cooking ingredient and shouldn’t be boiled or flambéed. These methods cause the liqueur to lose its warm aroma and anise flavoring. Add Pernod at the end of the cooking process and keep the dish on low heat. 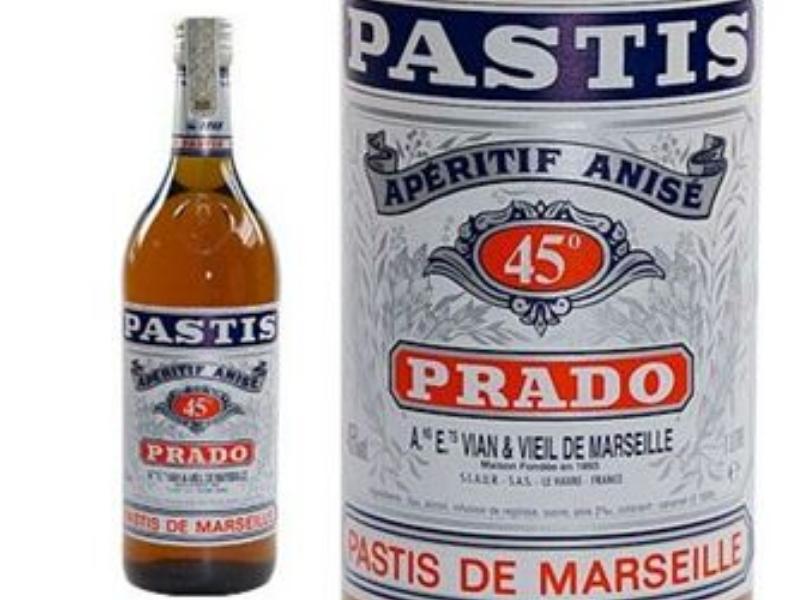 The best substitute for Pernod anise is pastis because pastis is versatile and matches Pernod’s taste and aroma. The most popular and widely available type of pastis — Ricard Pastis — is produced by the same company that makes Pernod.

Pastis has a slightly stronger licorice flavor, so it’s an ideal substitute in dishes that require a bitter-sweet taste, like pastis béarnais. This beverage also pairs well with French seafood dishes and adds extra depth to cream sauces.

Use ¾ cup of pastis for every 1 cup of Pernod. Pastis should undergo the same cooking process as Pernod — added slowly on low heat — to preserve the flavor. 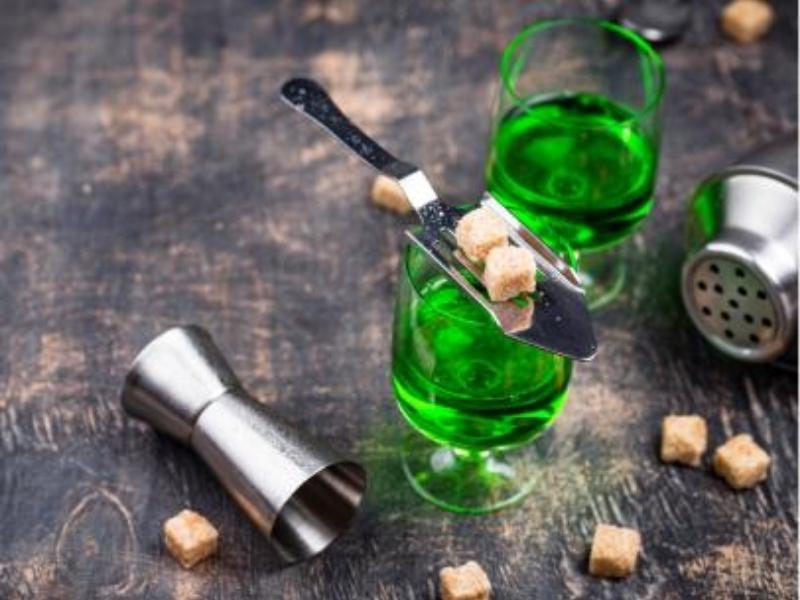 Absinthe is an anise-flavored distilled spirit. This spirit isn’t sweet and imparts an anise taste without overwhelming a dish’s original flavors. While it has a higher alcohol content than Pernod, absinthe makes an excellent substitute in savory dishes.

Substitute Pernod with a few teaspoons of absinthe, adding more if necessary based on taste. Unlike Pernod, absinthe retains its flavor when exposed to high heat. This spirit should be added at the start of the cooking process and boiled to evaporate the alcohol. 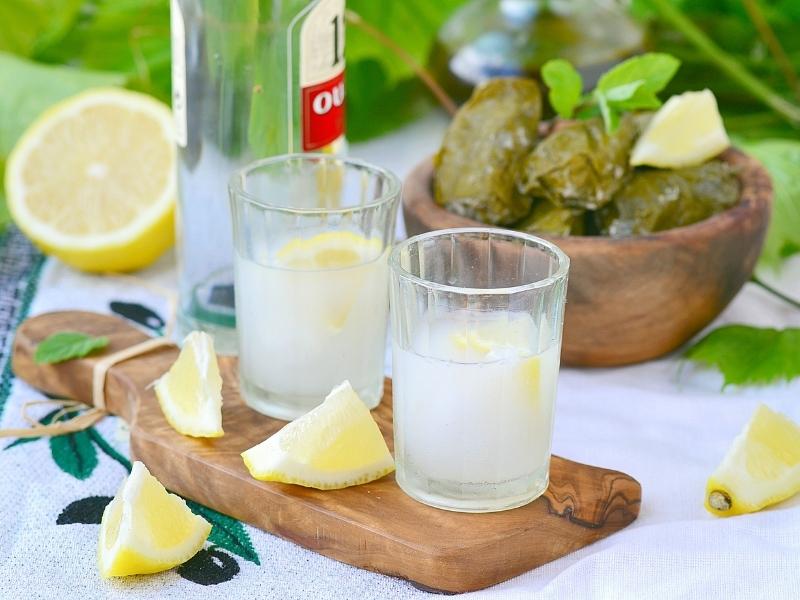 Ouzo is a clear, Greek aperitif made from distilled grape must. The beverage is potent and traditionally seasoned with anise, cardamom, fennel, clove, and mint. This aperitif is good with seafood because it masks fishy flavors while adding a strong, licorice kick. Ouzo is also useful in marinades, glazes, and vinaigrettes.

Substitute ouzo for Pernod at a 1:1 ratio and add the liquor at the end of the cooking process. 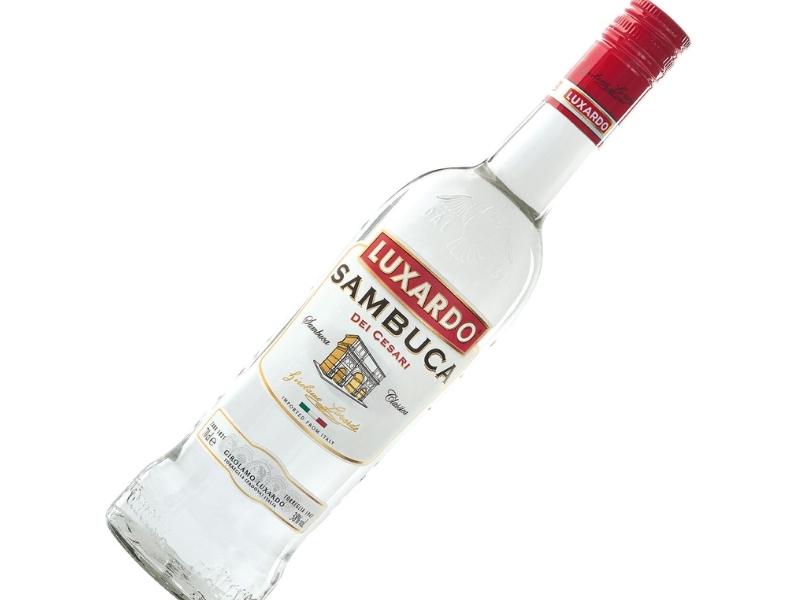 Sambuca is a smooth, Italian liqueur with anise flavoring. The beverage has a similar taste, aroma, and alcohol content to Pernod. However, sambuca is slightly sweeter than Pernod and often has notes of elderflower. This liqueur is best in light, sweet dishes.

Use half the amount of sambuca when substituting for Pernod. Add more based on preference, dish, and sugar content. 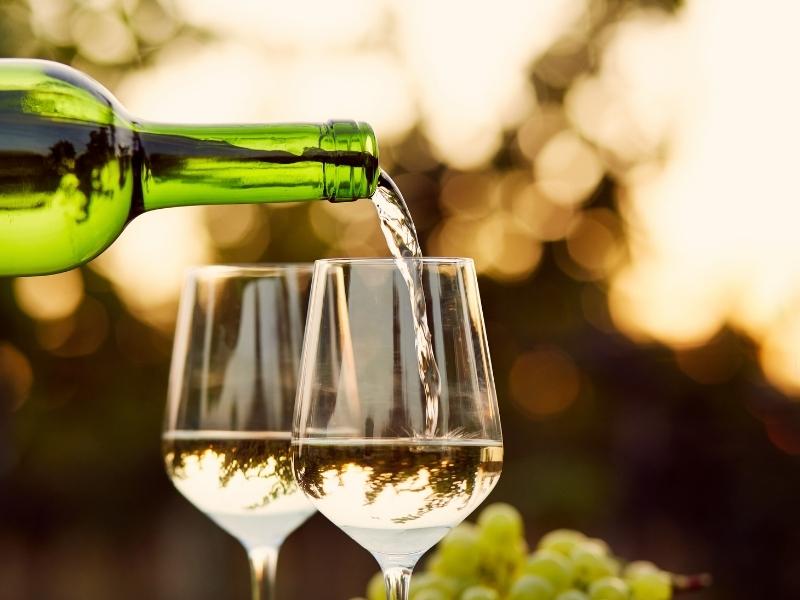 White wine has a fruity, citrusy taste with floral notes. The beverage is an essential cooking ingredient in many French recipes, such as coq au vin blanc and shrimp linguine.

White wine doesn’t have anise or licorice flavoring, but white wine is more affordable and easier to acquire than Pernod. This wine is an excellent replacement in seafood recipes because its acidity helps neutralize fishy odors

Substitute Pernod with white wine at a 1:1 or 1:2 ratio, depending on the wine’s strength. You can also add crushed star anise to better replicate Pernod’s flavor. Add wine at the start of the cooking process to burn off the alcohol. 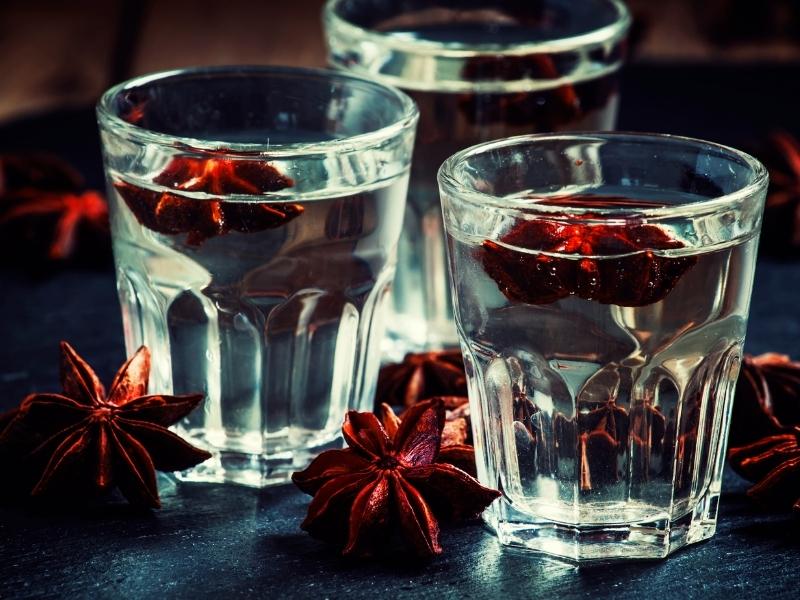 Anisette is a liqueur made from distilled anise seeds and is commonly found in Mediterranean countries such as Spain, France, Italy, Malta, and Albania. The beverage has a strong black licorice flavor but is much sweeter than Pernod.

This sweetness makes anisette an ideal substitute in desserts or baked goods like biscotti.

Use ¼ cup of anisette for every 1 cup of Pernod, to begin with, then taste test and add more if necessary. The exact substitution ratio depends on the dish and preferred sweetness. 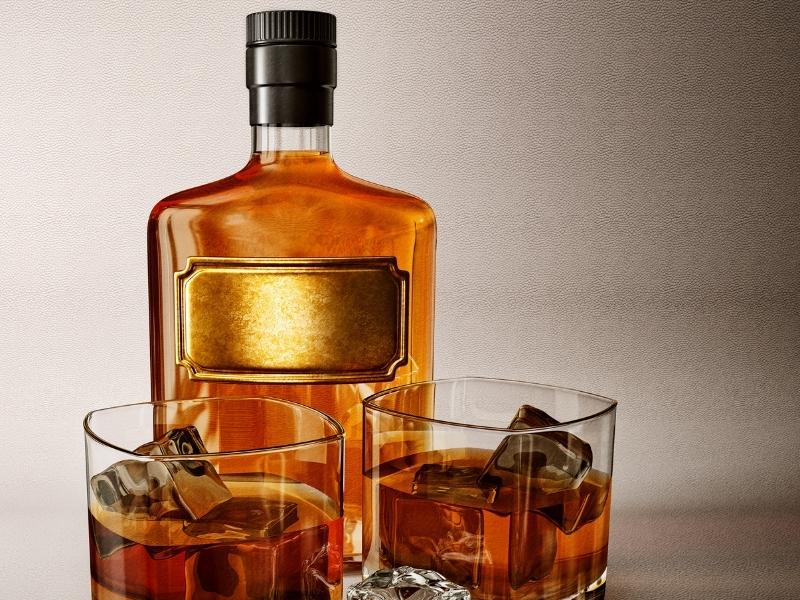 Whiskey is a potent liquor made from fermented mashed grains. While it lacks the anise taste of Pernod, whiskey does impart a sweet and smoky flavor that pairs well with meat dishes.

Substitute whiskey for Pernod at a 1:1 ratio. Add near the start of the cooking process, or at the end to give the dish a sharp alcohol flavor. 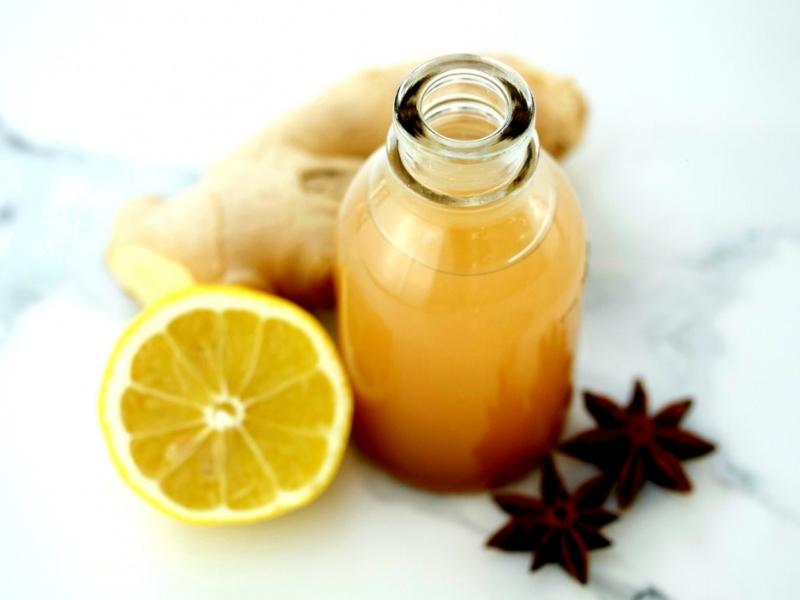 Lemon juice and anise seeds can be used as a non-alcoholic substitute for Pernod, especially in seafood dishes. The lemon juice’s acidity eliminates unpleasant, fishy odors and adds a delectable zesty flavor.

Anise seeds provide a subtle anise and licorice taste. Fennel seeds can work as an alternative if anise seeds aren’t available. Like anise, fennel has a distinct, licorice flavor.

Substitute Pernod with a squeeze of lemon and a teaspoon of anise seeds, to begin with. Add more gradually, adjusting the amounts based on dish and preference.

The best substitute for Pernod is pastis because it shares the same flavor profile, alcohol content, and cooking process. Other suitable Pernod substitutes that impart an anise and licorice taste include absinthe, ouzo, and sambuca.

Beverages such as anisette, whiskey, and white wine can also work as substitutes, depending on the type of dish. 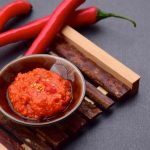 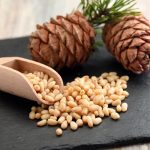