Wine is found in bottles of different shapes and sizes depending on its type and place of origin. I have come across bottles used for Rhone wine, California wine, Bordeaux ranges and other wines ranges from largest to the tiniest sizes.

The variable styles of wines came in big, full bodies and fortified to light petite. The evolution of bottle variation began when it was discovered that the size has an influence on the taste of the wine.

Large sizes of wine bottles are suited to the longer aging of wines. It is confirmed that wine from larger format bottles age at a slower rate and develops more complexity and nuances as compared to wines packaged in small sized bottles.

The primary reason behind this argument is that the amount of air (oxygen and sulphur dioxide) between the cork and the wine determines the taste of the wine. 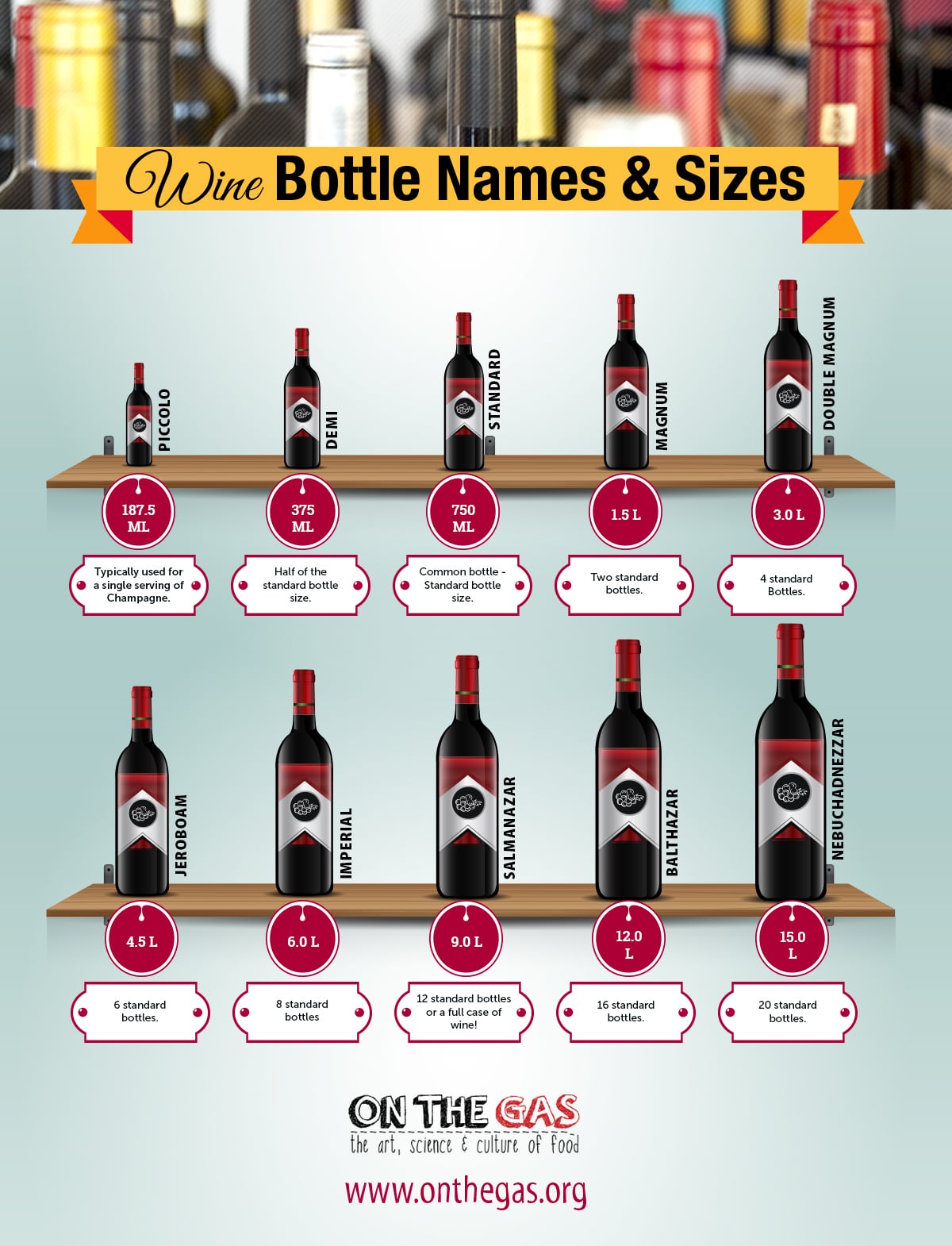 The most common wine bottles have unique names

Piccolo is the Italian word for “small.” The size of this bottle is one-fourth of the volume of a standard wine bottle. In some regions, people refer to it like a pony or a Quarter Bottle. Due to its small size, it usually gets used for single servings of champagne and other sparkling wines around the world.

Demi is a French word for “half”. This type of bottles carries exactly half of the total volume of a standard bottle of wine. The bottle is also known as Split due to its size. The Demi bottle holds approximately two glasses of wine.

The bottle derives the name after the standard unit of measurement in the world of wine. This bottle contains 25oz which is equal to 750ml thus yielding double the amount of a French bottle.

It carries an estimated volume equal to four to five glasses of wine.

The two terms used for naming these bottles are the most outstanding wine producing regions in France. The Bordeaux varietals such as Sauvignon Blanc, Merlot and Cabernet Sauvignon are traditionally packaged in the former shape while the latter form of bottles carries grapes of Burgundy such as Pinot Noir and Chardonnay.

Magnum bottles carry double the amount of wine that a standard bottle can hold. Connoisseurs prefer the large magnum bottles due to their superior aging factor.

There is a reduced surface of the wine in the bottle as compared to the oxygen that slowly escapes in through the pores in the cork closure. However, too much oxygen is likely to spoil will the wine while a small amount over an extended period will enable it mature and develop additional complexity.

The value of a single magnum is higher than the two Standard wine bottles of the same type of wine since wineries are forced to retool their methods of production so as to accommodate the larger magnum bottles. This kind of bottles carries up to ten glasses of wine, thus making striking impression at large gatherings.

A Double Magnum contains an amount equal to two Magnums which is the same as four Standard bottles. This wine bottle size is also known as Jeroboam in the Champagne region of France.

Larger sizes are much bigger than a Double Magnum usually exist. Each of this type of containers has names from the Biblical kings. While it might sound unique and appealing to the modern consumer, knows how and why these names got chosen.

It is the largest wine bottle in history. It holds 30 liters which are equivalent to two bottles of Nebuchadnezzar or 20 standard bottles of 750 milliliters. It rarely gets made since most of the consumers prefer smaller sizes for keeping wine. These bottles are rare in the market hence more valued than Standard bottles.

Various types and shapes of bottles are used for specific reasons. Larger gatherings prefer large bottles while small-sized bottles are meant to serve a few people.

In most cases, bottles are named after the ancient kings with Biblical names. The consumption of wine varies depending on the type and size of the bottle. 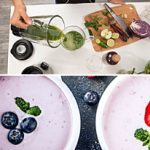 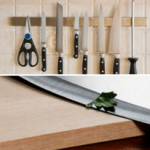